Welcome to a vacation spot like no other in the horror-thriller “Generation Z,” (also known as “The ReZort”) where an unusual kind of theme park is created to entertain visitors interacting with zombies as its main attraction. But all hell breaks loose when a zombie- rights activist hacks into the park’s security system and uploads a virus which disables all security settings releasing thousands of zombies back into the wild.

Directed by Steve Barker, the director was on the lookout for something new having worked extensively in the horror genre previously. A huge fan of zombie movies, Barker, was drawn to the possibilities offered by “Generation Z’s” script: “Zombie movies are always now set in an apocalyptic world – this script fascinated me because we had won and this was something that I hadn’t seen before. It’s not a traditional film but a throwback to the movies that I loved; John Carpenter movies, where you weren’t tied to just one genre.” 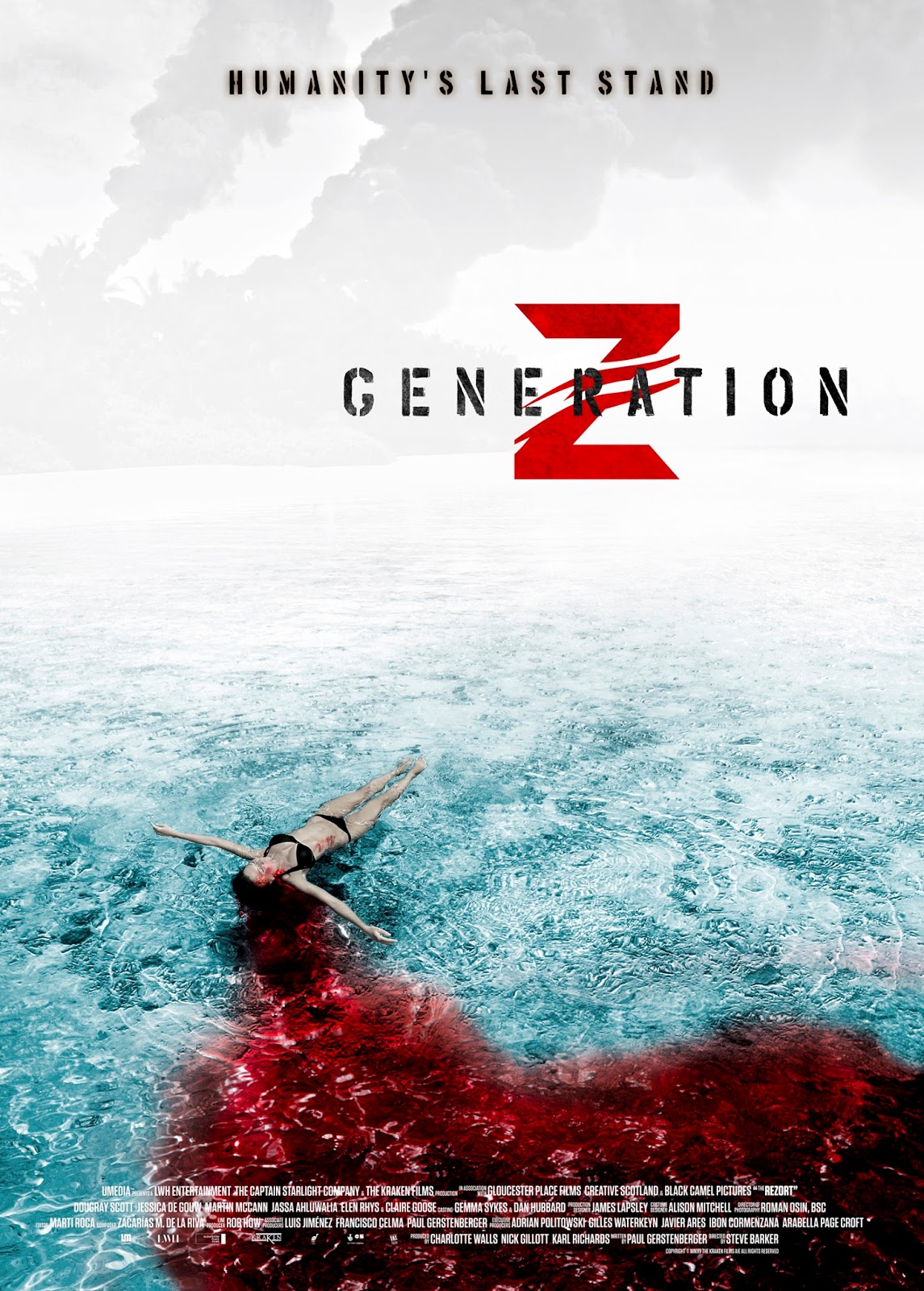 “Generation Z” is written by Paul Gerstenberger who is also a fan of acclaimed author Michael Crichton, was inspired to do a film with a new take on the genre, setting the story in a world after the humans have won the war against the zombie apocalypse. He further explored how humanity would recover after such a huge percentage of the population has been wiped out. “I was a huge fan of Michael Crichton and his tech thrillers, like Jurassic Park and Westworld”, says Gerstenberger. ”So those were some of the influences in writing this.” According to Gerstenberger, the film explores the repetitive and cyclical nature of “man’s hubris.”

Finding the perfect location was crucial in conveying the fragile luxury of the postapocalyptic world. Mallorca offered an incredible range of possibilities from hidden valleys to mountain retreats. Mallorca also lent itself well to the island aesthetics devised by Barker and the various Heads of Department: “we were after something that felt seductive and sleek. We wanted audiences to see the island as the island would want you to see it; something that felt very alluring and enticing” which was very doable on such a beautiful island.

“Generation Z” is a slick and contemporary thrill ride offering a fresh twist on the zombie film genre but first and foremost it is fun and entertaining, made to appeal to a broad audience of film fans: “It has a great sense of escapism and entertainment” explains Barker. “When I first read the script I was immediately struck by the unique proposition presented by the concept itself. It was a brilliant read and great fun to bring about”.