The fantastical world of “Snow White and the Huntsman” expands to reveal how the fates of The Huntsman Eric and Queen Ravenna are deeply and dangerously intertwined, in Universal Pictures’ new fantasy adventure “The Huntsman: Winter’s War.”

In 2012, “Snow White and the Huntsman” breathed new life into the fairy-tale genre with a dark, epic take on the classic story. The film, which starred Kristen Stewart, Chris Hemsworth and Charlize Theron, earned nearly $400 million at the worldwide box office and delighted audiences across the globe.

When it came time to consider a return to the dark fantasy world the creators had imagined, the producers decided to explore a story touched upon in the original, which alluded to the Hunstman Eric’s past love and her tragic death. In Hemsworth’s capable hands, the Huntsman proved to be such a popular character, and the notion of two parallel stories in this newly created universe appealed to all involved.

The script, by Evan Spiliotopoulos and Craig Mazin, based upon Evan Daugherty’s characters, tells of Eric’s doomed first—and only—true love, how they were brought together and how they were torn apart. Nested in this universe, it also serves as an origin story for the Huntsman, who arrived in the first adventure not as a mystery, but fully formed. 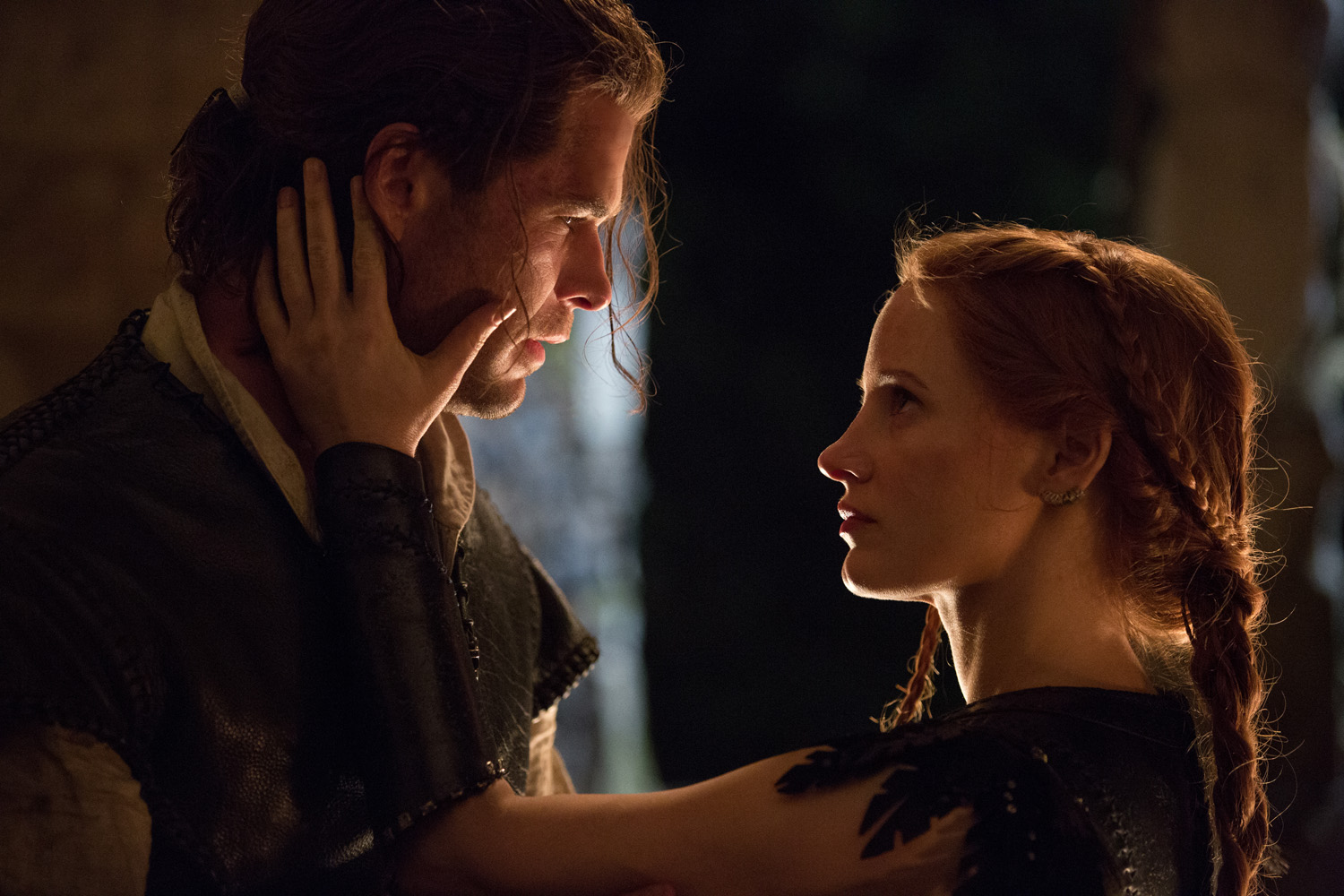 With the evil Queen Ravenna apparently defeated, everyone is living happily ever after in the kingdom under the reign of the rightful queen, Snow White. But when she banishes the Magic Mirror from her castle and it goes missing, Prince William can rely on only one man to bring it back: Eric the Huntsman. As Eric journeys to keep the Mirror’s power out of dark hands and uncover the mystery of the one responsible for its theft, ghosts from his past return and he faces the greatest adventure of his life.

Hemsworth explains that his draw to the prequel story had very much to do with the themes it explores. “We don’t survive without love in any form,” he notes. “This movie asks the question about what love means to Eric, and what he’ll do for it.”

It was important to the filmmaking team that this chapter unveils even more for the audience. Truly, the story tells another piece of the puzzle—one that’s always been there, but unknown until now. “The greatest thing about this world,” notes director Cedric Nicolas-Troyan, “is that it’s this wonderful in-between. It’s not a full fantasy world, and it’s not a fully historical one. Anchored within this pseudo-historic world, you can throw in magic and romance and more.” 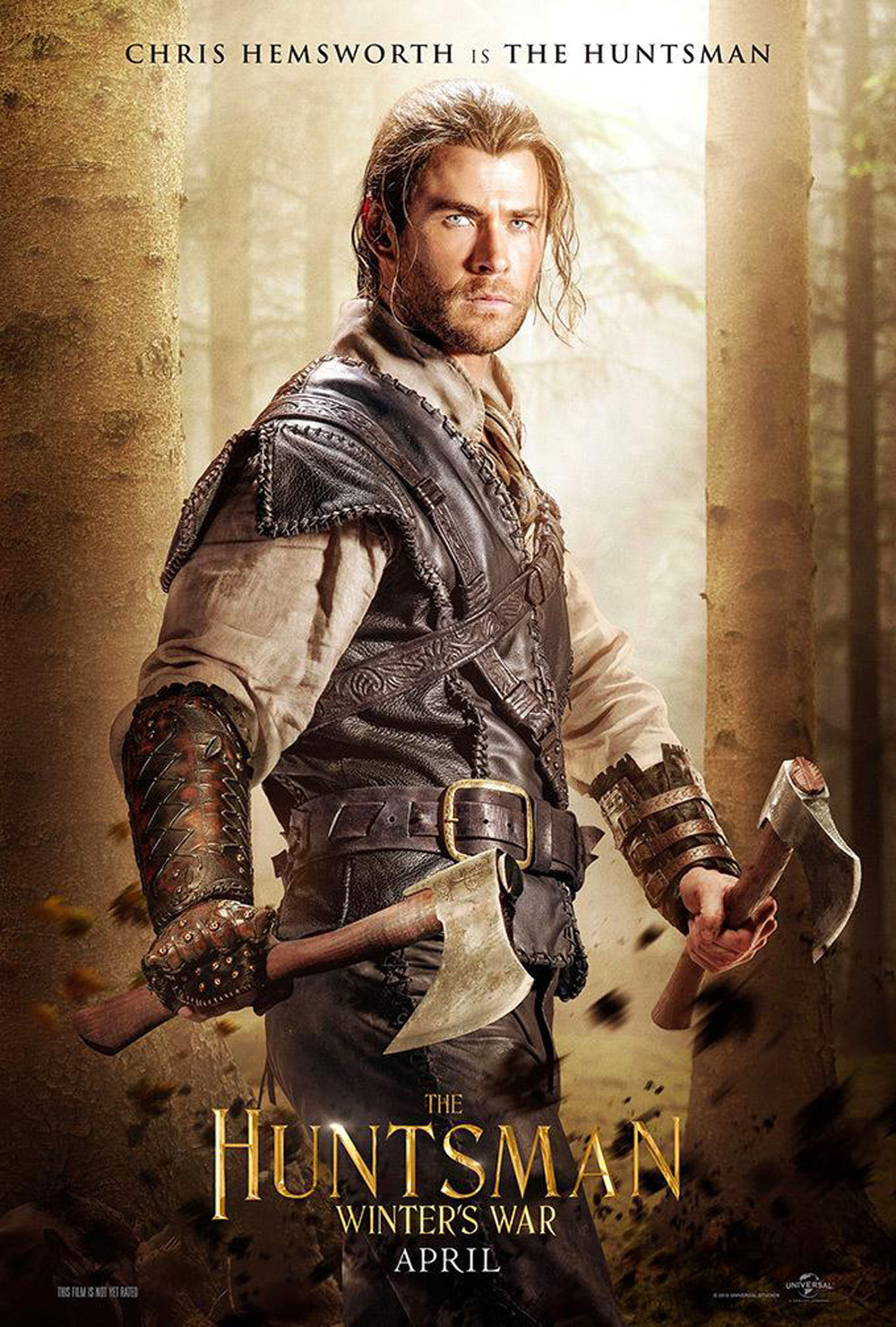 In Hemsworth’s Eric we saw a capable warrior and man of the woods—someone loyal and true, but not quick to share his feelings with the world. “The Huntsman: Winter’s War” explores Eric’s past, and we come to learn that he is far from alone.

“When you first saw Eric in `Snow White and the Huntsman,’ he was a drunk and a lost man,” reflects Hemsworth. “He had been living in despair and pity due to the loss of his wife. When he meets Snow White, he’s reborn, and so when you pick up with him in this movie, he has his soul back and is living a quiet life in the wilderness.”

The director agrees with Hemsworth that the appeal of this universe lies as much in its heart as it does its muscle. “It’s not about saving the world,” announces Nicolas-Troyan. “This is emotionally driven, and it’s a love story. I can put in all the monsters and all the cool shots in the world, but if—at the end of the day—I’m not being carried away by the characters on screen and the emotional content of what they’re doing, I’m not going to have anything to grab onto.”

Star Wars Story “Rogue One” – The Daring Mission Has Begun

“The Gift” Asks How Well Do You Know Your Spouse?