Blue Steel. Le Tigre. Magnum… looks powerful enough to halt a Chinese throwing star mid-air and thwart the plans of an evil mastermind’s global takeover. There is only one male model and one male model alone who is capable of conjuring such beauty and power with a pout… Derek Zoolander.
And now, he’s back in Paramount Pictures’ eagerly anticipated comedy sequel, “Zoolander 2.”

When we last saw male models Derek (Ben Stiller) and Hansel (Owen Wilson), they were enjoying the wonders of the “Derek Zoolander Center for Kids Who Can’t Read Good And Wanna Learn To Do Other Stuff Good Too,” and Mugatu (Will Ferrell) was behind bars. An unforeseen catastrophe strikes the Center and forces the duo into seclusion, living off the grid. Fifteen age-defying years later we find a still shamed Derek and Hansel leading isolated, separate lives, shut-out from the rest of the world.

When each receives a special invitation to star in a major world fashion event in the ancient and mysterious city of Rome, they are unable to deny the allure of returning to their former glory and make their way back to civilization. Upon arrival, Derek and Hansel meet the bizarre and eccentric
designers that are behind the new fashion empire. The two rapidly realize the fashion world they once knew has drastically changed, thrusting them awkwardly and literally back into the spotlight.

While they struggle to find relevance in this strange new world of blogging, vlogging, and anti-fashion fashion, they are recruited to help stop a calculated and deadly plot that if not stopped, would destroy forever the hopes for fashion to return to its revered and glorious status. Only Derek and Hansel have the power to SAVE FASHION. 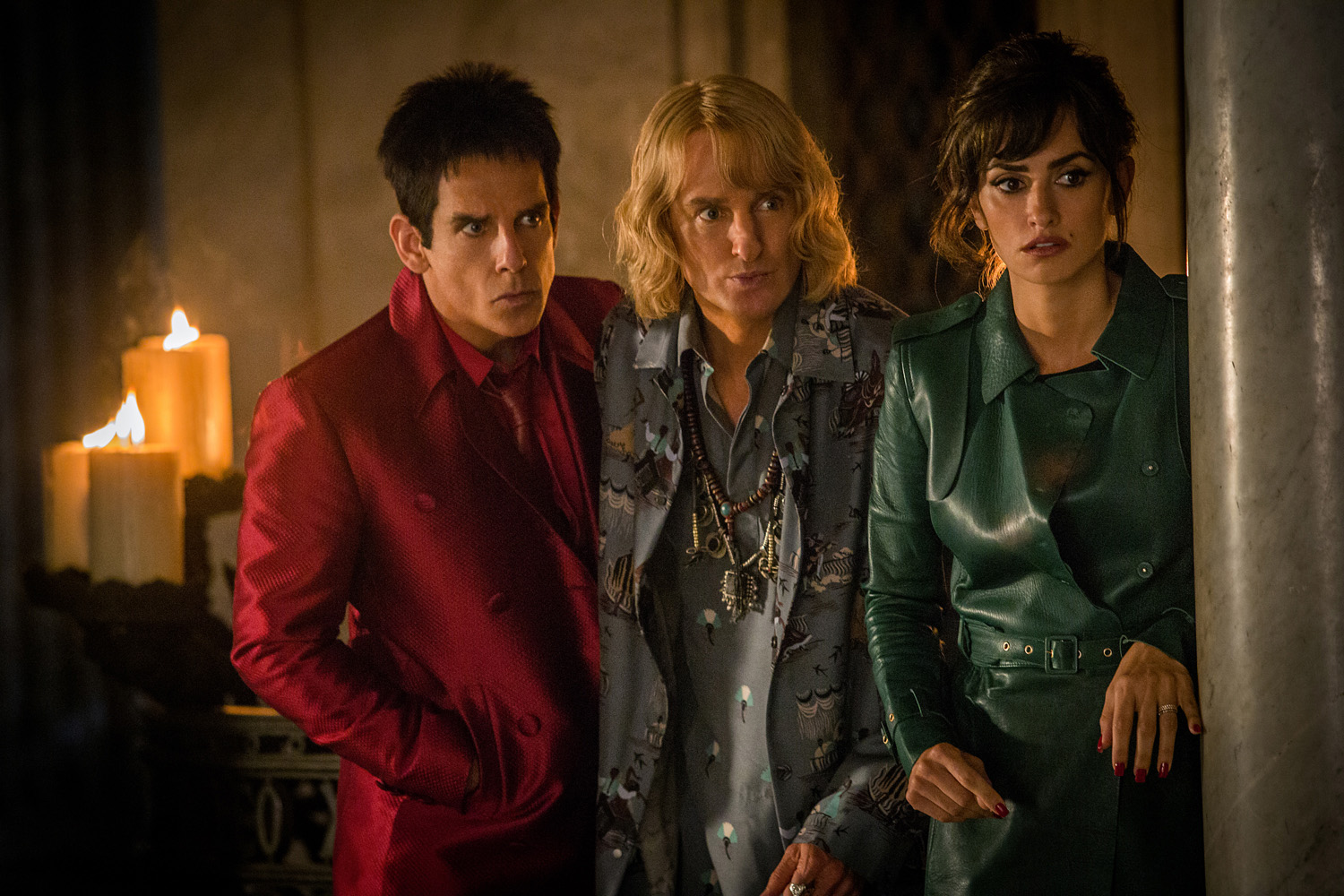 The road to Derek and Hansel’s return to the big screen was long and winding, spanning 15 years and several incarnations. “This movie has been a long time in the making,” explains writer/director/star Ben Stiller. “We probably would have made a sequel the year after the movie came out, but
nobody came to see the first one in the theater really, so no one wanted it,” Stiller said with a laugh.

Released in September of 2001, a harrowing time as a result of 9/11, the original film under-whelmed at the box-office. However, the film found legions of new fans with the release of the DVD, and gradually grew to cult classic status. “The movie became something that got passed around and felt
like an underground studio movie, almost like finding vintage vinyl. Audiences got to feel like it was their own special discovery and had ownership of it,” says Justin Theroux, who appeared in the film and serves as writer on the sequel.

The characters and absurd catch phrases from the film connected with audiences and became a part of the shared cultural collective. With the birth of social media and its many platforms, catch phrases became hashtags and jokes were shared and re-created across the globe. “Over the years I’ve
always been surprised by the cult following wherever I go, whether it’s Europe, Mexico or South America. People will come up to me and ask me to do Blue Steel, which isn’t even my character,” laughs Owen Wilson. “Comedies don’t always translate cross-culturally, but the characters of Derek and Hansel have a level of ridiculousness I think people appreciate,” he adds. 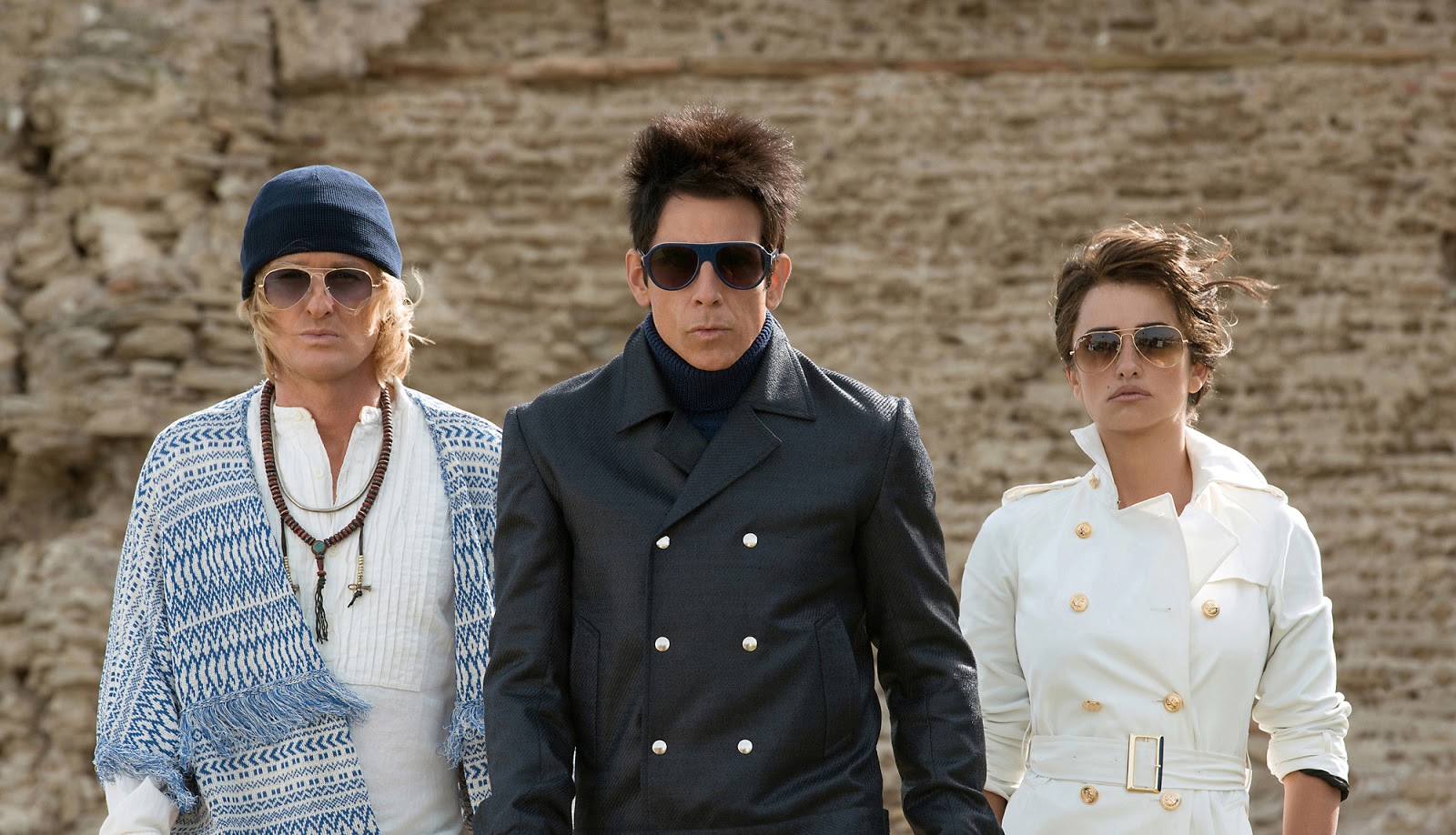 Prospects for a sequel were put into motion at various points over the next 15 years, during which Stiller worked with many revered comedy writers including original collaborator John Hamburg, writer/director Nicholas Stoller, and Stiller’s collaborator on “Tropic Thunder,” Justin Theroux.
“After a while I was convinced we’d never do it. But somehow, at a certain point all the elements started to come together and it was like ‘All right we’re actually going to do this,’” recalls Stiller.

The long-gestation process for a Zoolander follow-up offered Stiller and his creative team the opportunity to develop the story and characters in such a way that would honor the spirit of what audiences connected with in the first place. Stiller relates, “We wanted to make a movie that would try to live up to the first one and the expectations of people who loved it. I feel very fortunate that there are people that loved the movie that much and I didn’t want to let them down.”