International superstar Shakira lends her Grammy®-winning voice to Gazelle, the biggest pop star in the animal city of Disney’s “Zootopia.”

She also sings the all-new original song, “Try Everything,” written for the film by GRAMMY®-winning singer-songwriter Sia and songwriting duo Stargate.

Performed by Shakira, “Try Everything” exemplifies the lead character, Judy’s journey from small-town bunny to big-city cop. “I think that they really captured the spirit of the movie,” says Shakira, “not only in terms of the music, but the lyrics, too. It’s a song about being unafraid of your dreams and being willing to fight for them.”

Revered worldwide by herds of fans, Gazelle is a socially conscious celebrity with equal parts talent and heart. “Gazelle really embodies the spirit of the city, where anyone can be anything,” says director Rich Moore. “Hers is a message of hopefulness, inclusion, fellowship and camaraderie.”
“Shakira is really warm and genuine,” says producer Clark Spencer. “After meeting her, we revisited the character. She really gave us a great sense of who Gazelle is.” 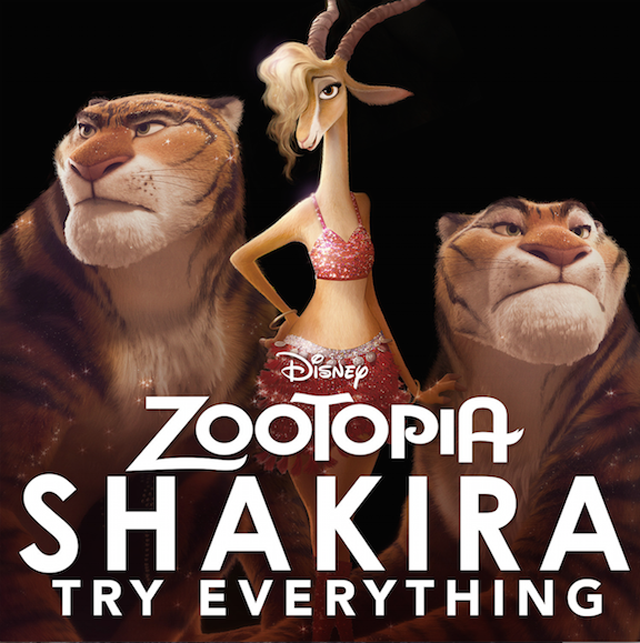 “I am deeply grateful to have been a part of this amazing project,” says Shakira. “This film is beautiful, funny, smart, engaging and leaves the viewer with a great message and a joyful heart! It’s one of the most powerful animation movies I’ve ever seen and I dare say I think audiences will agree.”

Artists had to infuse a pop-star personality in a fast-moving hoofed animal. Says Renato Dos Anjos, head of animation, “Gazelles are very tiny animals who often go up on two legs when they’re eating so they can reach the lower branches. They’re cute and dainty with fragile-looking legs. But they’re incredibly agile and powerful. We blended what we observed with a nod to some of Shakira’s mannerisms—the way she squints her lids, for example—to fully capture the character’s powerful persona.” 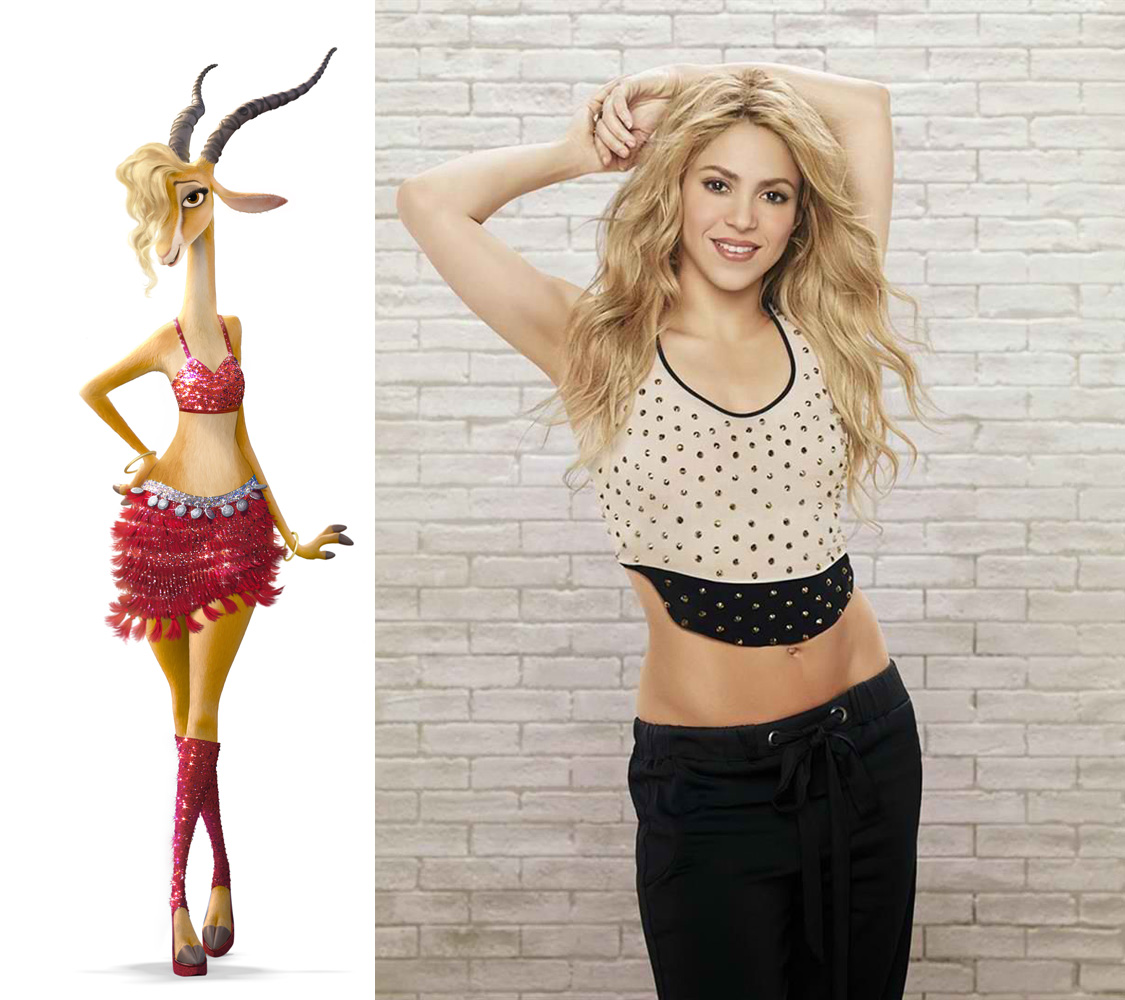 The character’s performances showcase her celebrity status with active eyelashes and expressive head tilts. And she sports a stylish ‘do. “We gave Gazelle these long curly bangs,” says Michelle Robinson, supervisor of character look development. “There were a lot of discussions about that. There are only a couple characters in the whole film that have anything approaching a human hairstyle and Gazelle is one of them.”