Academy Award® nominee Casey Affleck (“Interstellar,” “Oceans 13”) stars in Disney’s daring sea rescue tale “The Finest Hours” as Raymond Sybert, the mid-level crew member aboard the ill-fated Pendleton who suddenly becomes the man to whom everyone looks for guidance.

A heroic action-thriller, “The Finest Hours” is based on the extraordinary true story of the greatest small boat rescue in Coast Guard history in the U.S. Presented in Digital 3D, the film transports audiences to the heart of the action, creating a fully-immersive cinematic experience on an epic scale. The film also stars Chris Pine, Ben Foster and Eric Bana.

“The story really spoke to me about heroism and leadership,” Affleck says. “These men were in a terrifying situation, yet they figured out a way to work together, ultimately bringing out the best in one another to accomplish the unthinkable.”

He continues, “This was a really compelling situation for Ray right off the bat because he’s an engineer who doesn’t ordinarily interact with the rest of the crew. He never goes on deck and he certainly doesn’t have to make decisions that affect the lives of anyone else, but he’s a thoughtful guy who knows his way around a ship. He brings knowledge and experience to this emotionally-heightened situation, which comes in handy when the men begin to panic and fight with one another.” 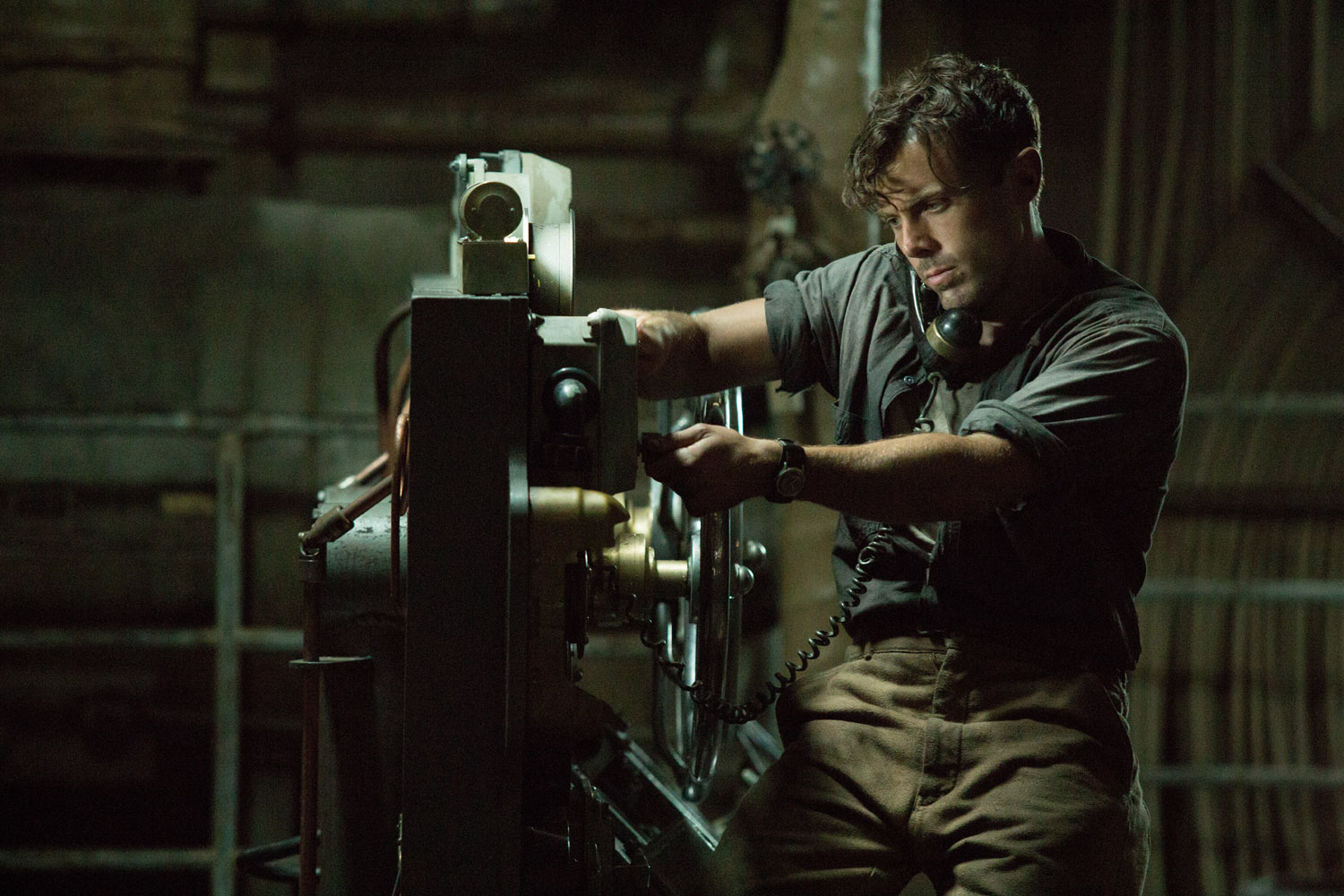 According to director Craig Gillespie, “The interesting dynamic on the Pendleton is that when it sunk, all the officers aboard died. They were all on the bow of the ship so there was really no clear command of who should actually be in charge, so Sybert becomes a reluctant hero, the antihero. He does not like authority, and the dichotomy here is that when the situation happens he has to step up and rally the crew, becoming, in essence, the person that he detests.”

He continues, “Ray has always avoided that by working down below in the bowels of the boat and not having to take on the onus of the authority and the weight of having to carry that responsibility. That’s the struggle that we found so interesting, and Casey really did a beautiful job working through that, becoming a leader for the men and having to do that to save all of their lives.”

The stern of the Pendleton where the engine and the control stations were located is able to temporarily remain afloat due to the air in the ship’s ballast tanks, but the engine room still begins to flood. And while the ship was equipped with lifeboats, it was too dangerous to try launching them in the turbulent water, as the colossal waves would crush the wooden boats. Sybert assembles his men and together they create a manual tiller by attaching chains to the existing rudder and guide the ship to a nearby shoal where they run aground and plan to wait out the storm. Eventually a fisherman spots the Pendleton off the coast of Chatham, reporting it to the local Coast Guard station. 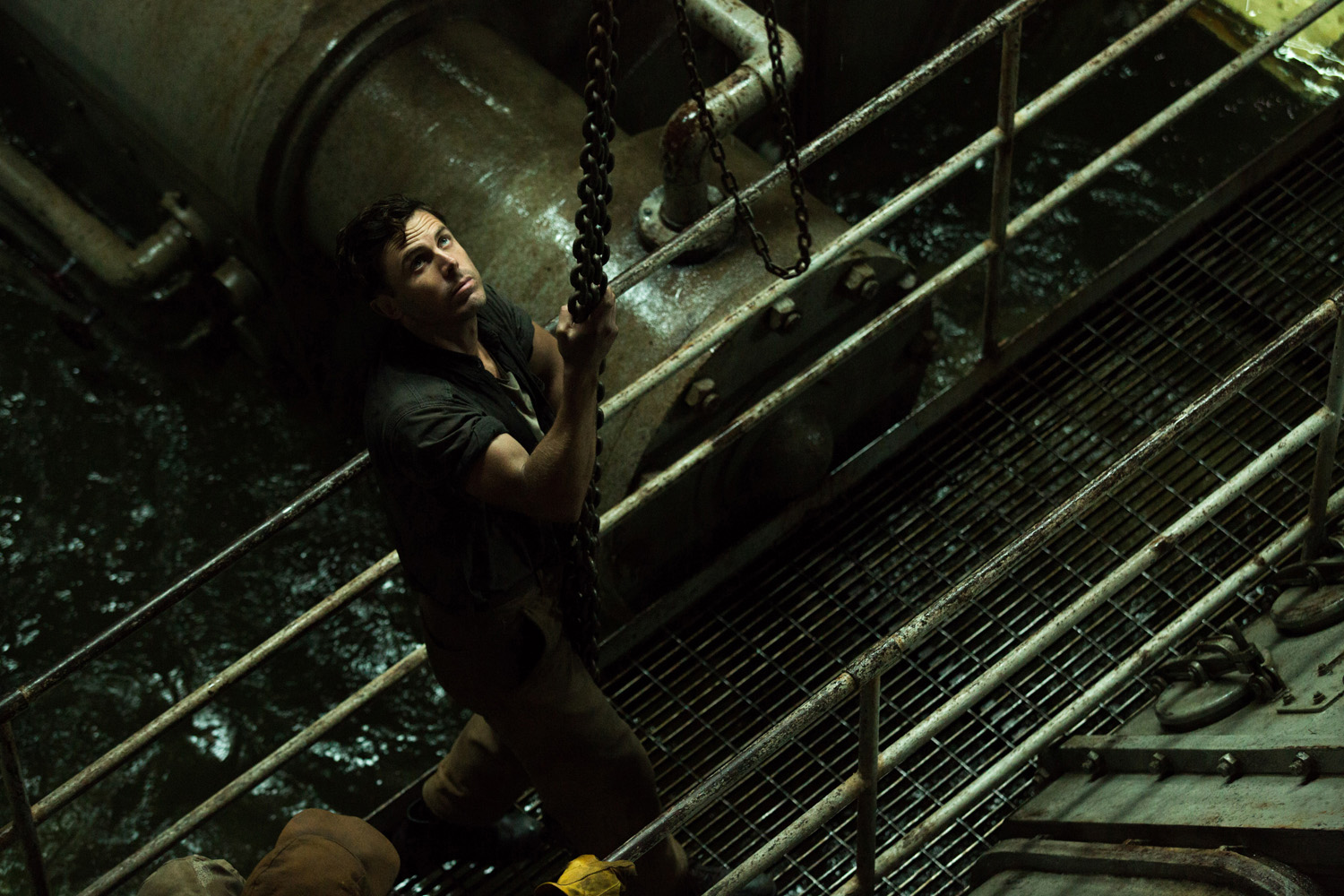 “Ray is forced to rise up out of the engine room and go topside on the ship, but to also rise to a position of authority,” says producer Jim Whitaker, “and what Casey is able to show us is that once he’s chosen to take the mantel and assume leadership of the men, he really is strong, and the colors of that are really interesting for him.”

Concludes Casey Affleck, “It’s a real story about real people and what they are capable of doing, and how saving their own lives and the lives of others helps them to understand and appreciate their own strengths.”

Into The Death-Defying World Of “Assassin’s Creed” Through Abstergo