Golden Globe nominee Sienna Miller who recently starred in “American Sniper,” reunites with Bradley Cooper in the heartwarming story of the drama, humor and battle in the world’s best kitchens in “Burnt.”

In “Burnt,” Miller plays Helene, a chef whom Adam (Cooper) recruits to his team. The actress describes her character: “She’s a chef and a single mother, juggling her life. When Adam is assembling his brigade, a friend tips him off about an interesting chef at the Delaunay. He tastes her dish – peppe e cacio – which is a simple dish but difficult to get exactly right. It’s delicious and he asks her to join him. She is initially reluctant but eventually becomes an important member of his brigade.

Adam’s a rock n roll chef, a notorious bad boy who gained two Michelin stars but lost them because of his addictions and the general chaos his life descended into. His motivation is to regain the stars and surpass his previous success, but despite his ruthless ambition, he really needs to find out what really matters in his life. Helene has just come out of a bad relationship so she is not looking for another one. She is focused on trying to make a life for her daughter and working. She senses that she could be attracted to Adam but is resisting,” She adds, “She is pretty punchy. As a mother I, I wonder how she could work those insane hours. The sacrifices she makes as a chef are incredible.” 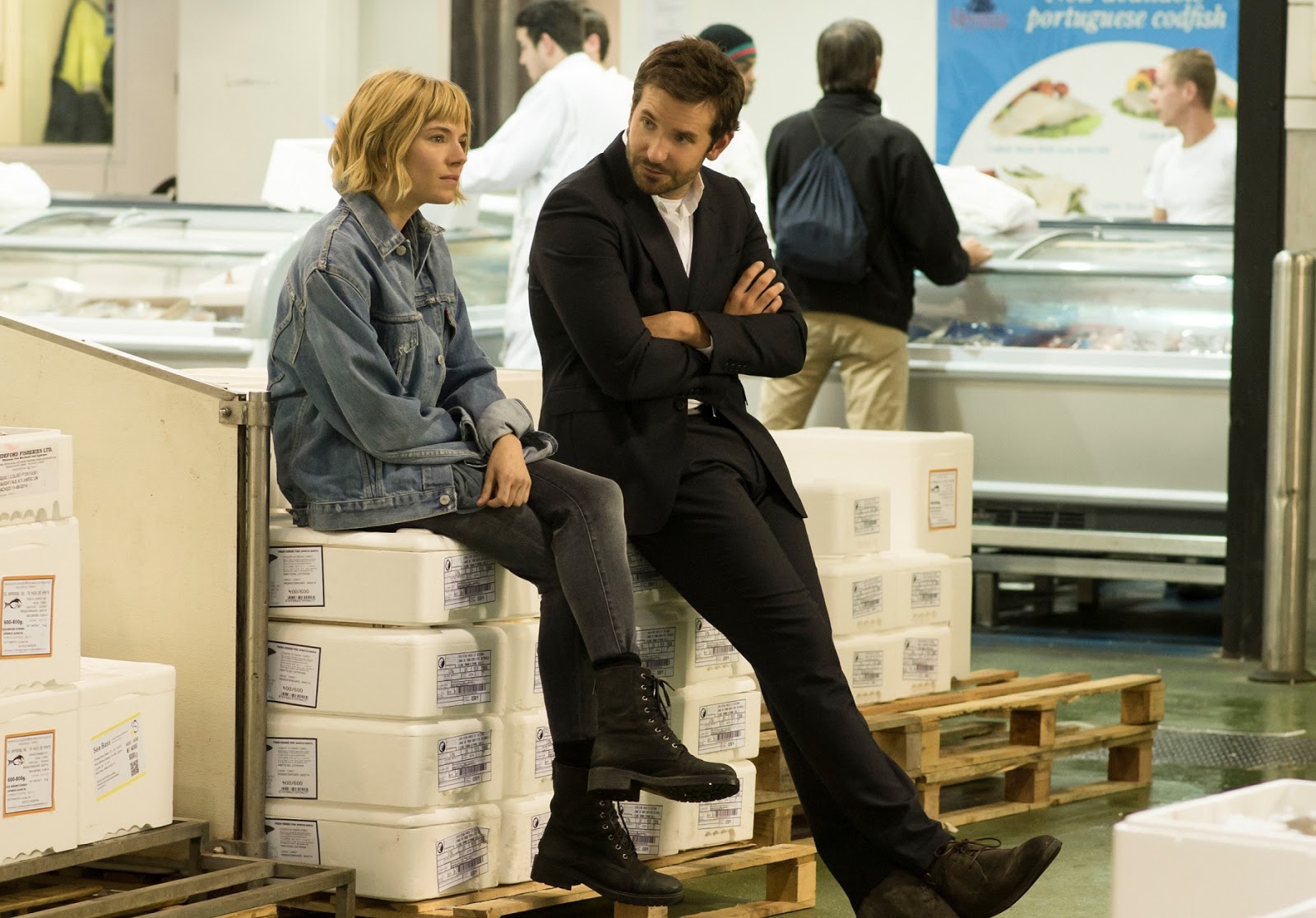 All of the cast members put in long hours training in kitchens during preproduction in London. Director John Wells singles out Sienna Miller for special praise. “Sienna was a real trouper in the kitchen. She had one of the more difficult stations – the fish – to work. She spent a tremendous amount of time with Marcus in his kitchen and throughout the kitchen shoot she stayed in there and kept at it.”

Sienna’s dedication to her kitchen work was immersive, and she was delighted to be told that, of everyone involved in the shoot, Marcus Wareing, a Michelin star chef and presenter of the top rated BBC TV Master Chef, would hire her for his kitchen, if she ever decided on a change of career.

Says Sienna, “Marcus was tough on us, treating us as if we worked in his kitchen, not as if we are actors; no mollycoddling. Marcus trained alongside Gordon Ramsay and Marco Pierre White and their management style comes from the military: strict and hierarchical. In the kitchen, Marcus commands huge respect.”

“My technique is much improved after cooking fish for weeks on end,” she notes. “It’s very taxing and needs mental focus. Fish is all about timing – even a few seconds can really matter. I now have much more appreciation of how a kitchen runs. The hardest part of filming was dealing with the intensity of the heat in a high octane environment.” She adds, “Marcus also explained to us the etiquette of eating in Michelin star restaurants, to add to your enjoyment of the meal.” 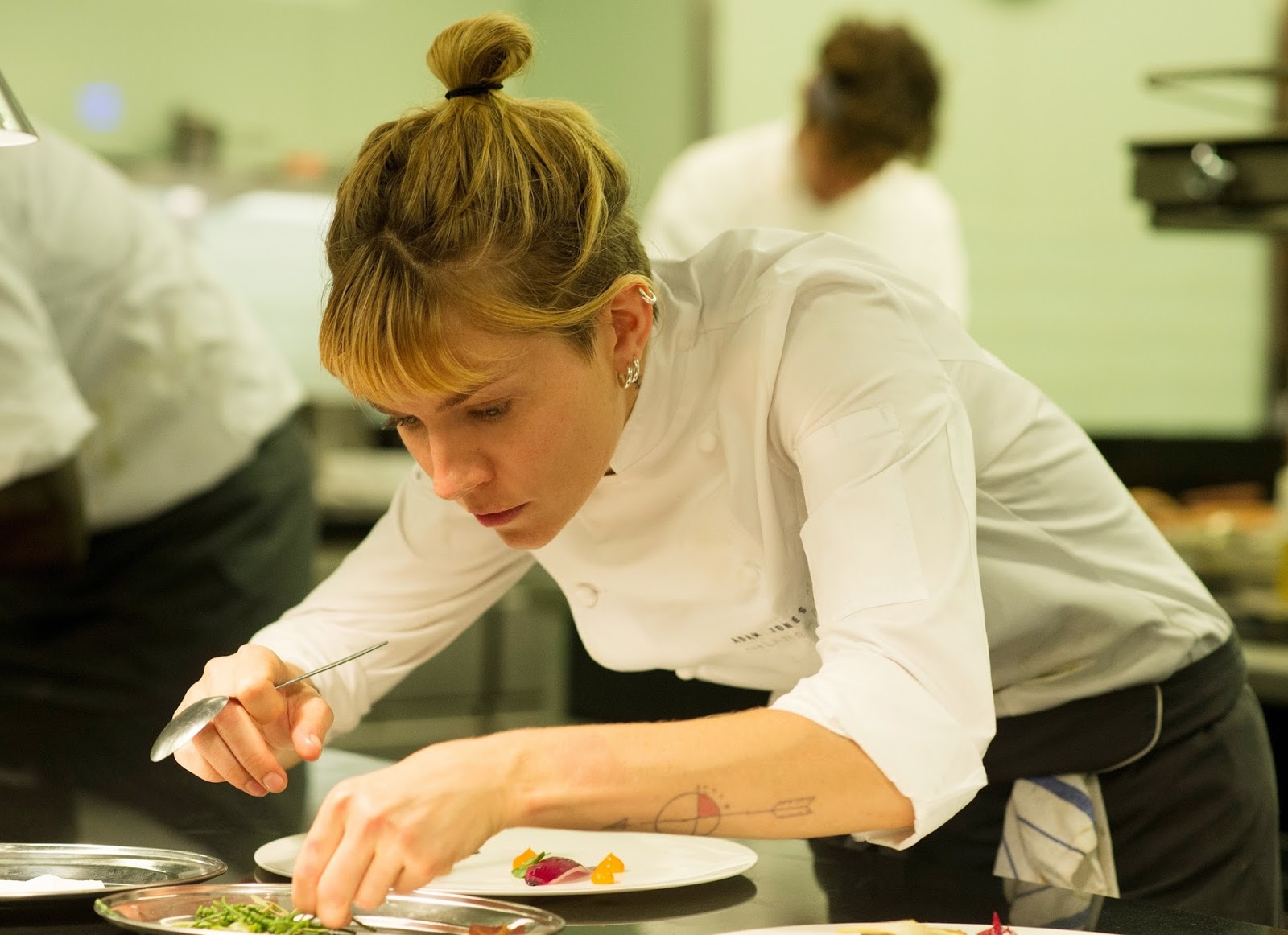 Miller was born in New York, educated in England and studied drama at the Lee Strasberg Institute in New York. She is best known for her roles in “American Sniper,” “Foxcatcher,” “Layer Cake,” “Alfie,” “Factory Girl,” “Interview” and “G.I. Joe: The Rise of Cobra.” She was nominated for a Golden Globe in 2013 for HBO’s The Girl. She has been nominated by BAFTA, the London Film Critics Circle Awards and the Independent Spirit Awards. She also has starred on Broadway and The West End, including most recently as Sally Bowles in Cabaret on Broadway, the title role in After Miss Julie at the Roundabout, and in Flare Path at the Theatre Royal Haymarket, London.

“Burnt” will open November 4 in theaters from Pioneer Films.

Wild About “Deadpool” – Overwhelming Raves From Early Screenings – In...