James McAvoy and Daniel Radcliffe star in VICTOR FRANKENSTEIN, a dynamic and thrilling twist on a legendary tale. Radical scientist Victor Frankenstein (McAvoy) and his equally brilliant protégé Igor Strausman (Radcliffe) share a noble vision of aiding humanity through their groundbreaking research into immortality. But Victor’s experiments go too far, and his obsession has horrifying consequences. Only Igor can bring his friend back from the brink of madness and save him from his monstrous creation.

The production made creative use of the storms for one of the film’s iconic scenes, the creation of the monster, and for its most impressive set: the interior of the castle and laboratory, where Victor brings his “experiment” to life. 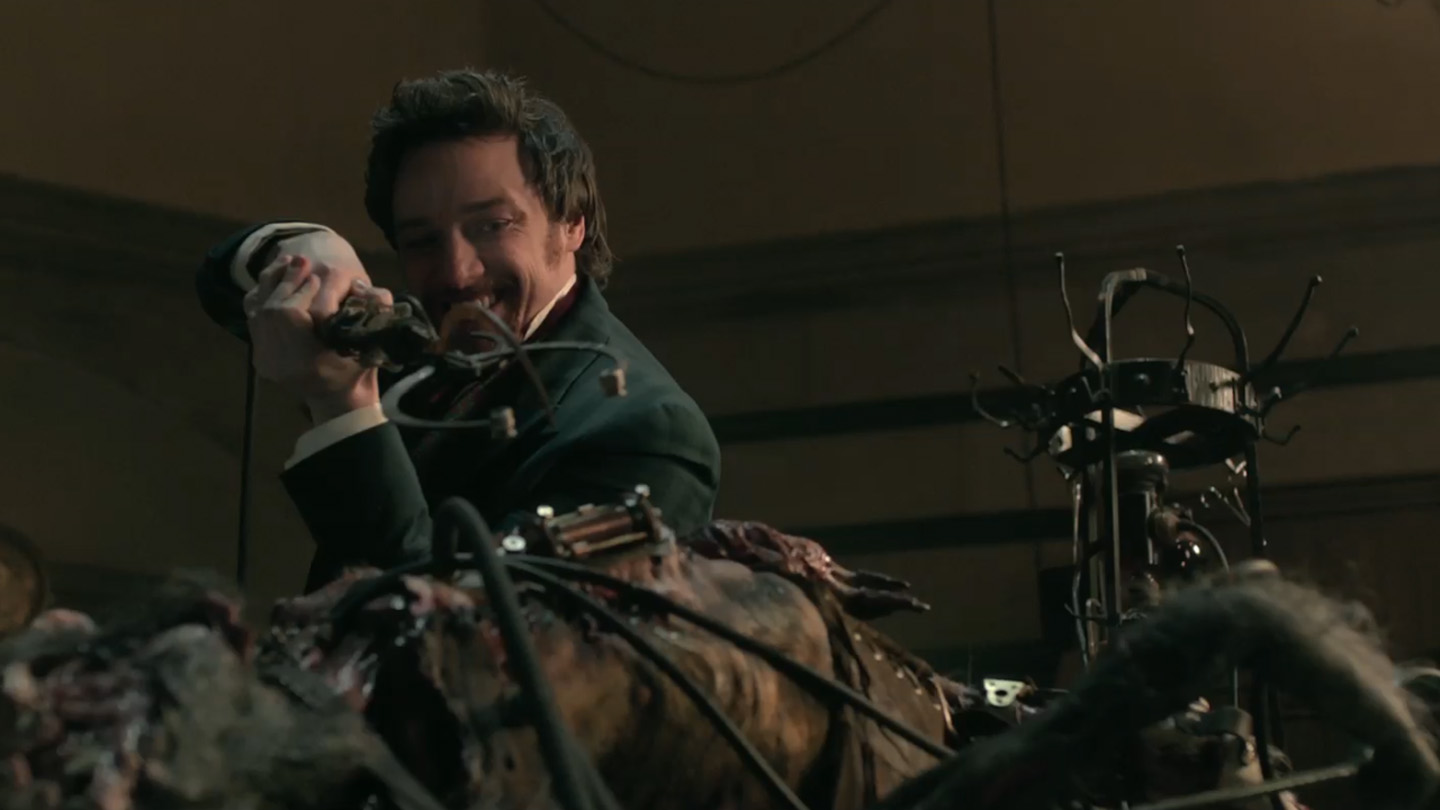 While inspired by Mary Shelley’s classic novel and the countless interpretations of that story, screenwriter Max Landis’ “regeneration” focuses on Victor and his best friend and assistant Igor. In fact, it’s the first story to be told largely from Igor’s perspective.

Fun and dangerous, yes, but he’s also, brilliant, obsessed – and a sociopath. As Victor walks a fine light between lightness and darkness, and between life and death, only Igor can keep him from a descent into madness from which there’ll be no return. “Victor Frankenstein” is also, notes James McAvoy, a love letter to the myriad films featuring those characters and themes. “This film has many of the familiar elements you expect to see in a Frankenstein movie, but adds unexpected dimensions of character, relationships and entertainment.”

“Victor and Igor are at the forefront of scientific and medical research,” notes McAvoy. “But just because they can cheat death, should they do it? “I think Victor’s intentions are good,” he continues. “He’s looking to improve the human condition, which is very fragile. Victor is trying to make it more robust and, ideally, eliminate death, which has been a human obsession for ages.”

To McAvoy, a character with such world-changing ambitions would not be a lab rat holding course at a chalkboard. He’d be nothing less than a force of nature. “Victor just doesn’t stop moving. He’s a creator of machines, as well as of a man, plus a skilled engineer and an accomplished surgeon.” 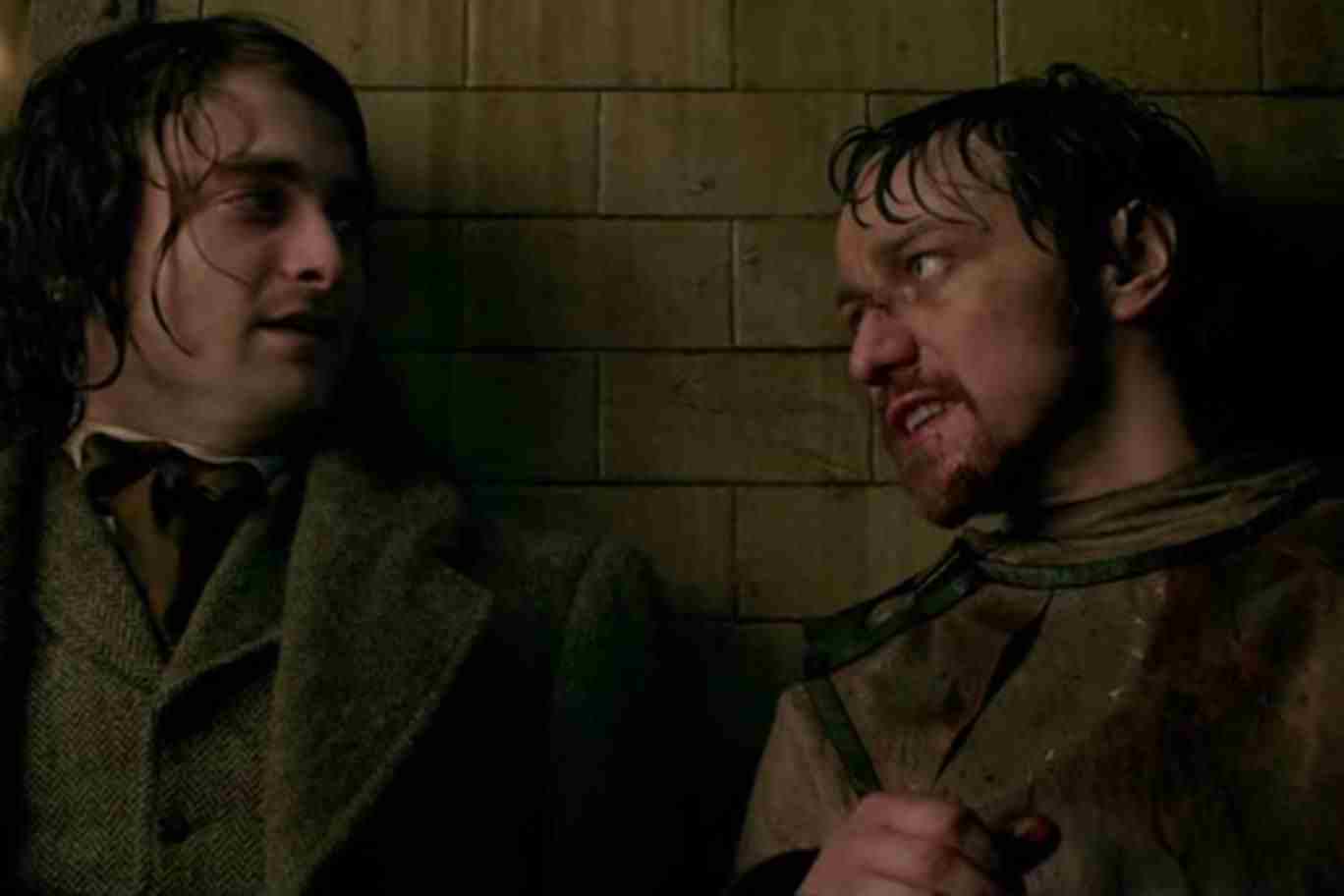 “Every time Daniel and I had a scene together, we’d ask each other, ‘How physical and dangerous-looking can we make this? Come on, man!,’” says McAvoy. “We are similar in energy levels and physical ability, so we just kind of went at each other, 12 hours each day. Adds Radcliffe: “James is a bold actor and really hits the ground running in an exciting way. That enabled us to make some interesting choices together.”

McAvoy relates that, “Whenever somebody asked me what I was doing at the moment (during production of “Victor Frankenstein”), I would say, I’m playing Frankenstein, and they’d reply, ‘You’re a little short to be playing the monster.’ And I’d correct them and say, ‘No, no, it’s the doctor.’ So, yeah, we’re giving the name back to Dr. Vic.”

A pivotal moment for both Victor and Igor is an early scene where Victor straightens Igor’s hunchback, which McGuigan says is “a metaphor for the entire movie.” Having rescued Igor from a London circus, Victor takes him to his flat and within minutes throws Igor against the wall and produces a massive syringe with which he performs a lightning-fast medical procedure on his new “patient.” Moments later, Igor’s hunchback is corrected. “If you think you knew Victor, the first few minutes of the film will prove you don’t,” says McGuigan. “He’s dangerous and fun to watch.”

“Victor Frankenstein” arrives in theatres this November 25 from 20th Century Fox to be distributed by Warner Bros.