Aside from the lead voice actors for Arlo and Spot, Disney-Pixar’s “The Good Dinosaur” features an extraordinary roster of voice talent for the supporting characters. “We were lucky to work with a number of incredible pros along the way and our story ultimately led us to this amazing and talented group,” says director Peter Sohn. “It’s been a privilege to see these performers bring our characters to life.” 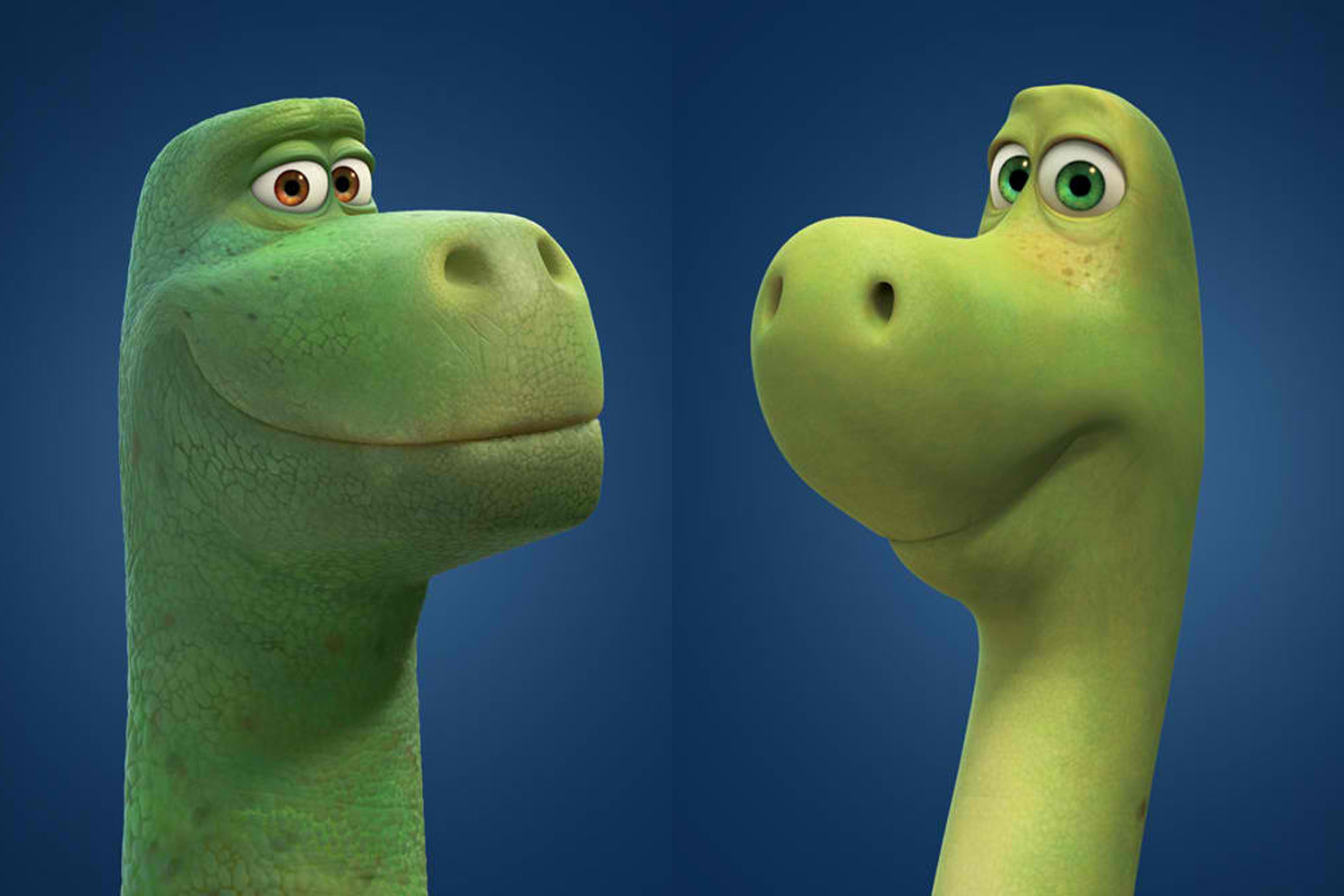 POPPA (Jeffrey Wright). Brave and selfless, Poppa is a devoted husband and father, working tirelessly to make a life for his family on their farm. He has a soft spot for Arlo, his small and fearful son, and takes special care of him as he grows up. Poppa believes in Arlo and knows that with enough perseverance, Arlo can overcome his fear and make his mark.

MOMMA (Frances McDormand). A loving wife and mother, Momma is smart and quick-witted. She’s a hard worker with a lot of love for her family, and she keeps her children and their farm in order. Her quiet strength is the backbone of the family. 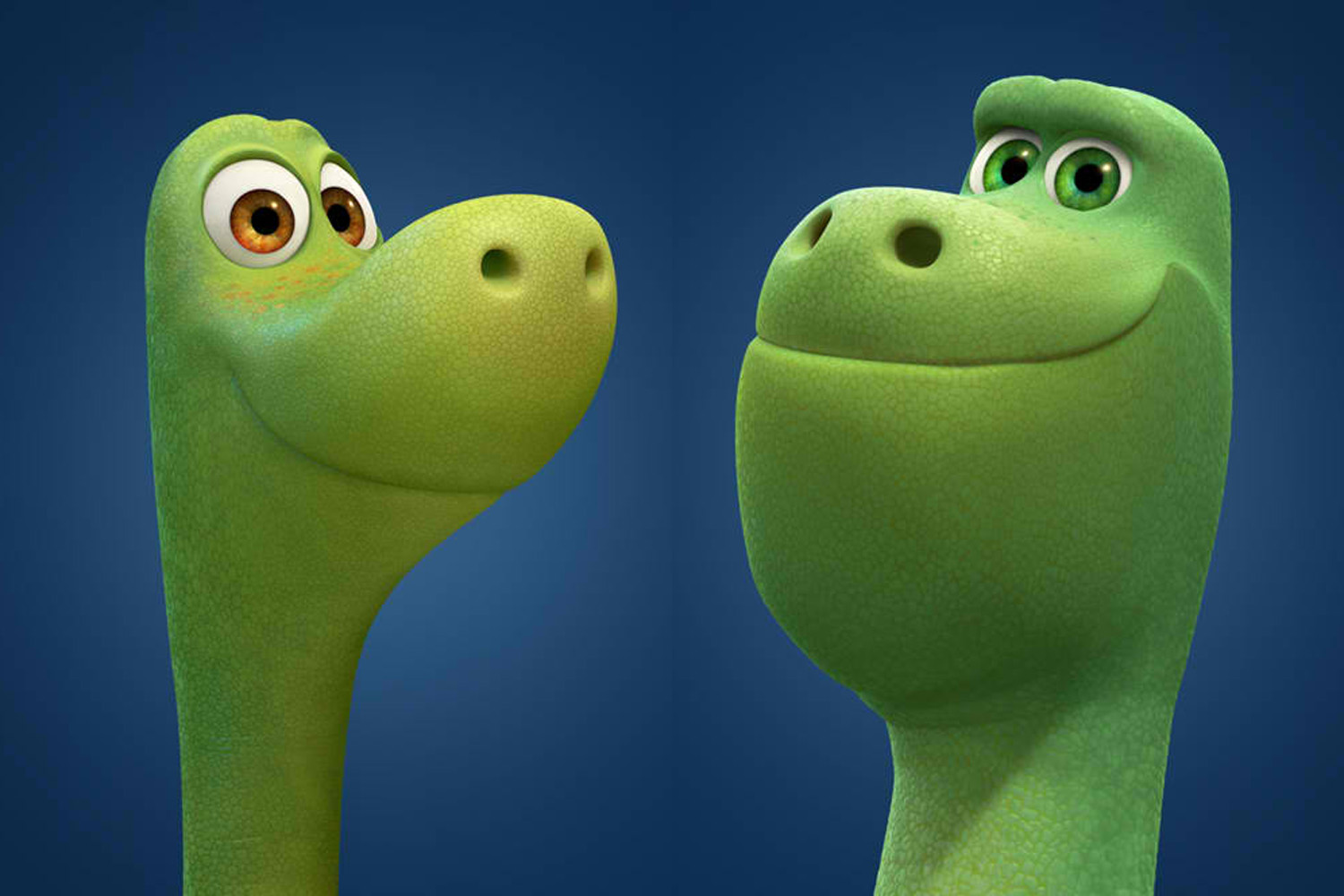 BUCK (Marcus Scribner) is Arlo’s brother: they’re the same age, but Buck is bigger, stronger and a little rambunctious. He likes to tease his fearful brother as often as he can—and Arlo is an easy target. Buck’s size, strength and confidence allow him to do things that Arlo can’t imagine doing—like ripping a tree out of the ground with his teeth. LIBBY (Maleah Padilla). Arlo’s sister Libby is a capable and willful girl who can plow a mean field. The little trickster has a great sense of humor, and loves playing silly pranks on her family. 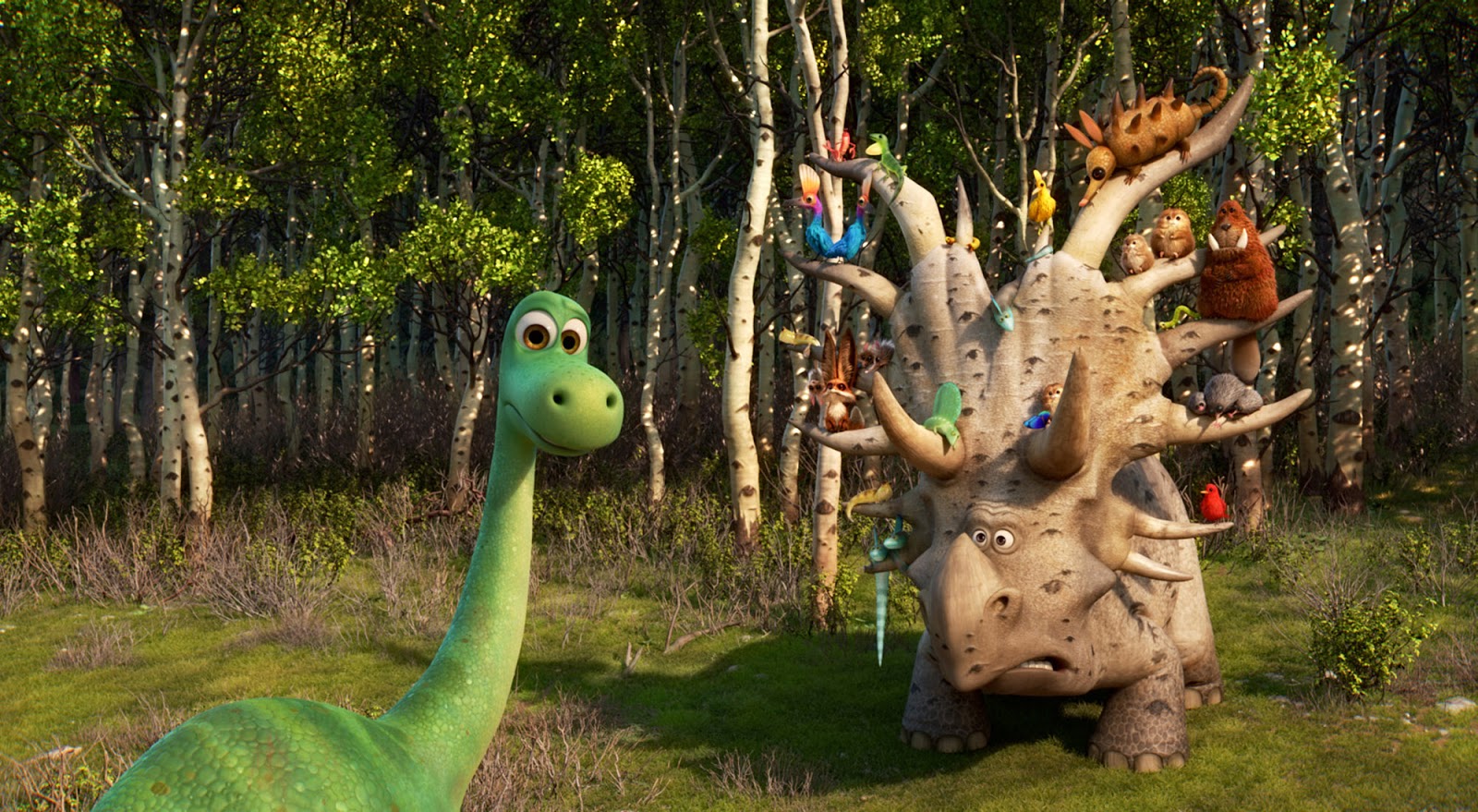 PET COLLECTOR (Peter Sohn) is a mysterious Styracosaurus who lives in the wilderness. Like Arlo, he harbors unreasonable fears. His ability to blend into his surroundings helps—along with an unusual (but not exactly fierce) collection of forest critters he’s recruited to protect him.

BUTCH (Sam Elliott) is a rugged and intimidating Tyrannosaurus Rex—showcased by the gruesome scar across his face. A veteran rancher who’s a real pro when it comes to herding longhorns, Butch encourages his kids Ramsey and Nash to learn by doing, hurling them into one hairy situation after another. Butch likes nothing better than trading war-stories over a campfire at the end of a long day.

A fearless, whip-smart and no-nonsense Tyrannosaurus Rex rancher, RAMSEY (Anna Paquin) loves the challenge of driving a herd of longhorns with her father, Butch, and her little brother Nash. Ramsey has a lively, outgoing personality—she likes good jokes, tells a mean story and has a soft spot for those in need.

An enthusiastic young Tyrannosaurus Rex, NASH (AJ Buckley) lives for adventure, and loves when something unexpected breaks up the routine of rounding up longhorns with his father, Butch, and his big sister Ramsey. He isn’t the sharpest of spurs and has trouble keeping track of their herd, but his mischievous charm and positive attitude make him good company out on the range. 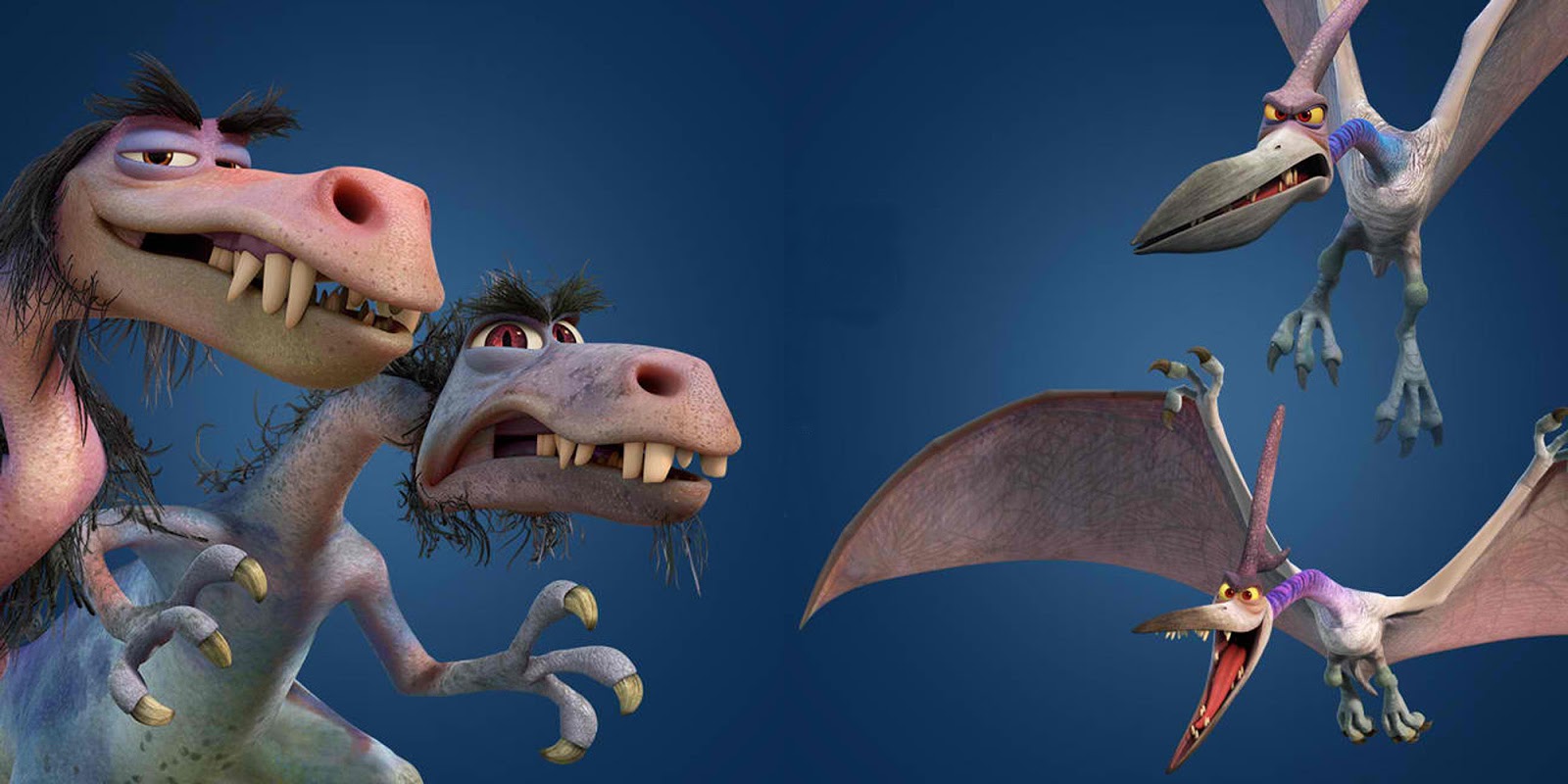 The PTERODACTYLS (Steve Zahn, Mandy Freund and Steven Clay Hunter) are a search-and-“rescue” team of five. They like to sit back and let the often-treacherous storms in this part of the world do their dirty work, then reap the benefits of the devastation. But when these flying hunter-scavengers set their sights on Spot and Arlo, they’re in for a big surprise. The voices behind the pterodactyls include .

RAPTORS (Dave Boat, Carrie Paff, Calum Mackenzie Grant and John Ratzenberger) prey on the prized herd of longhorns that belong to Butch and his Tyrannosaurus Rex family. Raptors—or Rustlers, as Butch calls them—sport wiry, feathered bodies and hardly compare in size or strength to a T-Rex. But as a group, the Raptors pose quite a threat, and even a T-Rex may need to call in reinforcements before tangling with them.