Directed by Ron Howard, the film is based on Nathaniel Philbrick’s best-selling book about the dramatic true journey of the Essex in the winter of 1820. The New England whaling ship Essex was assaulted by something no one could believe: a whale of mammoth size and will, and an almost human sense of vengeance. The real-life maritime disaster would inspire Herman Melville’s Moby-Dick. But that told only half the story. “In the Heart of the Sea” reveals the encounter’s harrowing aftermath, as the ship’s surviving crew is pushed to their limits and forced to do the unthinkable to stay alive. Braving storms, starvation, panic and despair, the men will call into question their deepest beliefs, from the value of their lives to the morality of their trade. 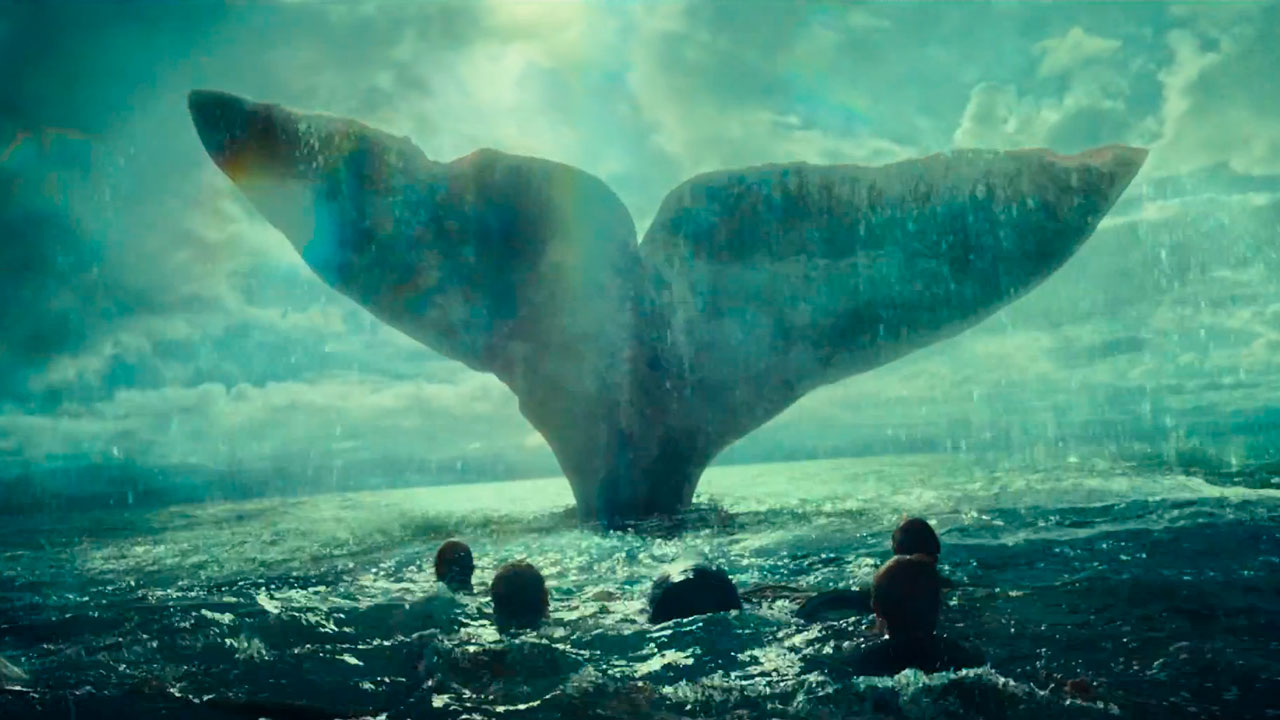 Benjamin Walker, who plays the role of Essex Captain George Pollard, posits that the mortal clash between the whalers and the whale is only one component. “There are three great trials encompassed in this story: man against man, man against nature, man against self. How can you overcome those trials and survive? That’s the question of the movie. But there’s beauty in that; you see the endurance of the human spirit.”

Although Pollard has the power of command, he is plagued by the doubts that come with knowing it was given but not earned. “George Pollard did not get to choose what he wanted to be,” Walker elaborates. “He is the scion of an established whaling family and has grown up with the responsibility of living up to the Pollard legacy…whether he has the aptitude for it or not. There is a lot of pressure on him, and understanding that pressure is understanding George Pollard.” 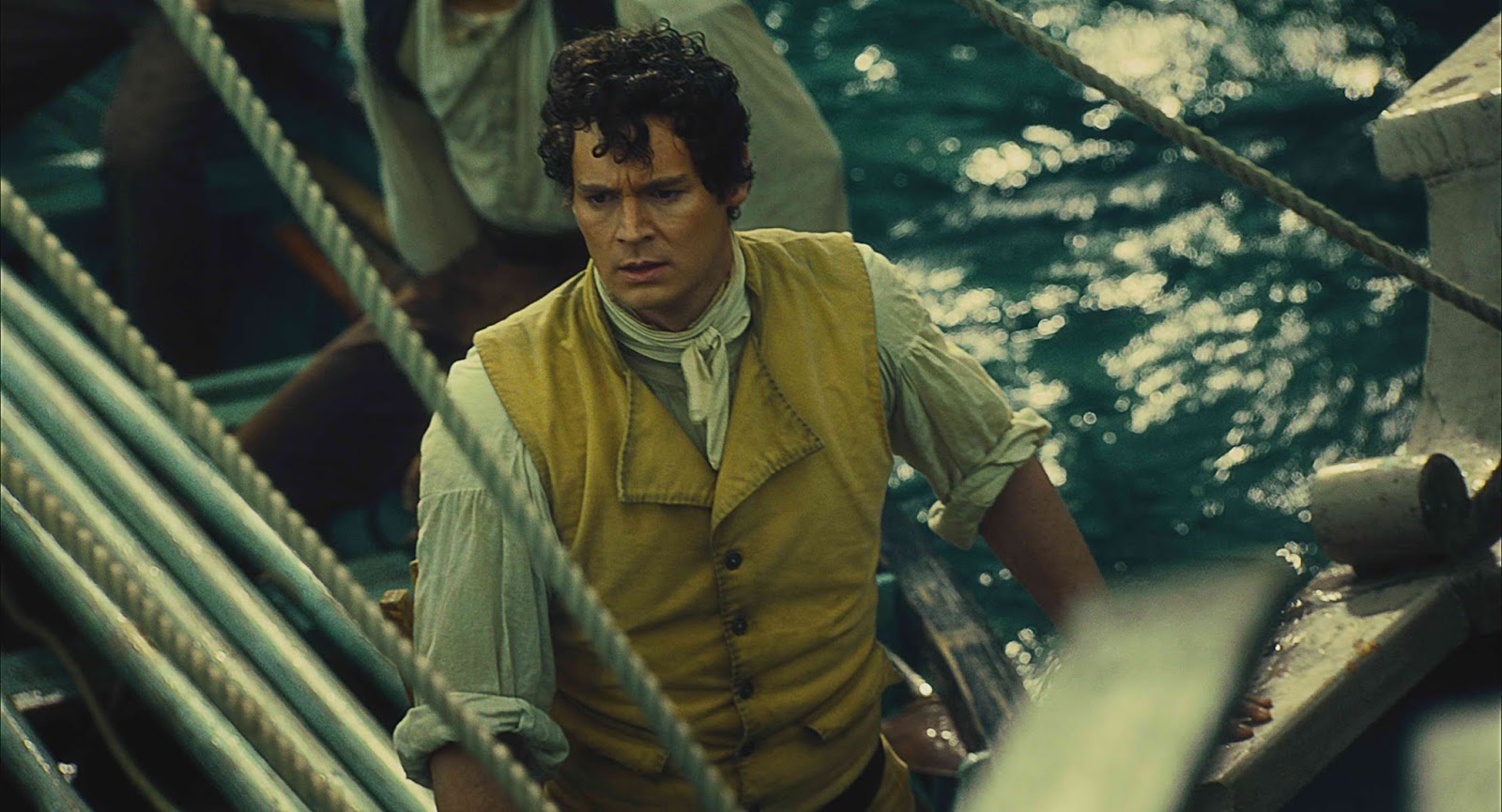 “Ben Walker is an excellent actor,” states Howard. “He has the intelligence and insight to comprehend the complexity of a character like Pollard, who is driven not by a need to conquer, not to hunt whales, but to measure up to some ideal with which the family name burdens him.”

Walker relates, “He gets the opportunity with his first captaincy, which is all well and good…until he is assigned Owen Chase (Chris Hemsworth) as a first mate. From then on, there is a struggle between the two men that forces Pollard to figure out who he is as a man as opposed to who he is within the context of his family. And I think that is fascinating…someone discovering themselves in the midst of being tested by the circumstances of nature.”

The conflict between the captain and first mate leaves Second Mate Matthew Joy to try and smooth the waters between them. Cillian Murphy, who plays the role, shares, “Matthew tries to be a mediator within the tense relationship between Chase and Pollard. What I liked was the sense of history you get about him. He’s obviously close with Chase; they’ve been sailing together since they were about 13. You also see that he’s a reformed alcoholic who has turned over a new leaf. He was quite an interesting character to play.”

Murphy adds that he was equally drawn to the script and the director. “I read the script and it felt like the kind of great, muscular adventure that we don’t see too many of these days. It was one of those scripts you can’t put down, and you’re still thinking about it when you go to bed and when you wake up the next day.

“Then there was the idea of working with Ron, whose films I’ve loved over the years,” Murphy continues. “I’ve always said the director sets the tone for the set and it percolates down to the cast and crew. On a Ron Howard set, there is such positive energy and he’s so involved in every detail of the production and each character. And that enthusiasm and joy of filmmaking is infectious. That’s what you get from him.” 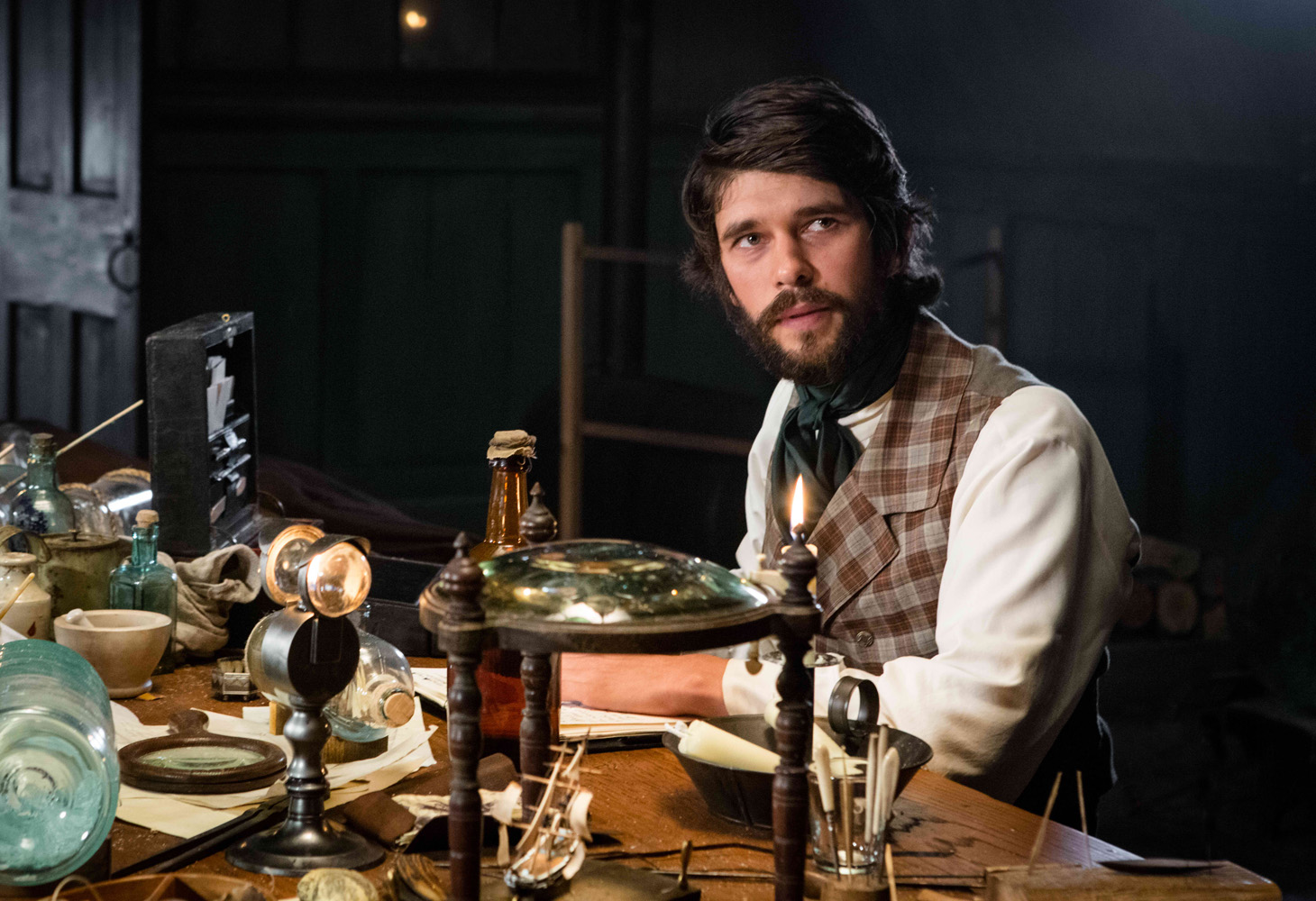 Ben Whishaw plays a young author by the name of Herman Melville. In creating the framework for the screenplay, screenwriter Charles Leavitt says, “I wanted to meld the true story of the Essex with the fictional account of Melville going through the writer’s process of giving birth to his great American novel, Moby-Dick. The narration of the film is from Thomas Nickerson, a surviving character’s point of view, but we can begin to imagine where Melville’s imagination will take off.”
Cast as the now-legendary author, Whishaw notes, “The film begins with Herman Melville’s hunger for the truth. He has heard whisperings and believes there’s been a cover-up about what really transpired on the Essex. In a way, my character is the catalyst of the film in that he is ultimately able to get Nickerson to tell his story. What transpires between them is a kind of dark night of the soul—they talk all through the night—and by the end they have to look at themselves in a new light.”