It takes strength and determination to be a world-class fighter. But for Adonis Johnson (Michael B. Jordan), even with boxing in his blood, it will take something more: Rocky Balboa (Sylvester Stallone). To step out from the shadow of Apollo Creed, the father he never knew, Adonis must get Rocky back in the ring.

Although the former champ has been out of the fight game for some time, Adonis reminds him of the tough, young upstart he himself once was. After some prodding, Rocky agrees to train him, his way, in Warner Bros. Pictures’ new boxing thriller, “Creed.”

The challenge of re-envisioning the ultimate underdog story that began with “Rocky” was one that writer/director Ryan Coogler considered even before he was out of film school. “I grew up watching ‘Rocky’ movies with my dad; it was our thing,” he states. “Rocky is a character that people just connect with—action fans, drama fans, hopeless romantics, even just movie fans—everyone likes ‘Rocky’ movies because they have something for everyone.” 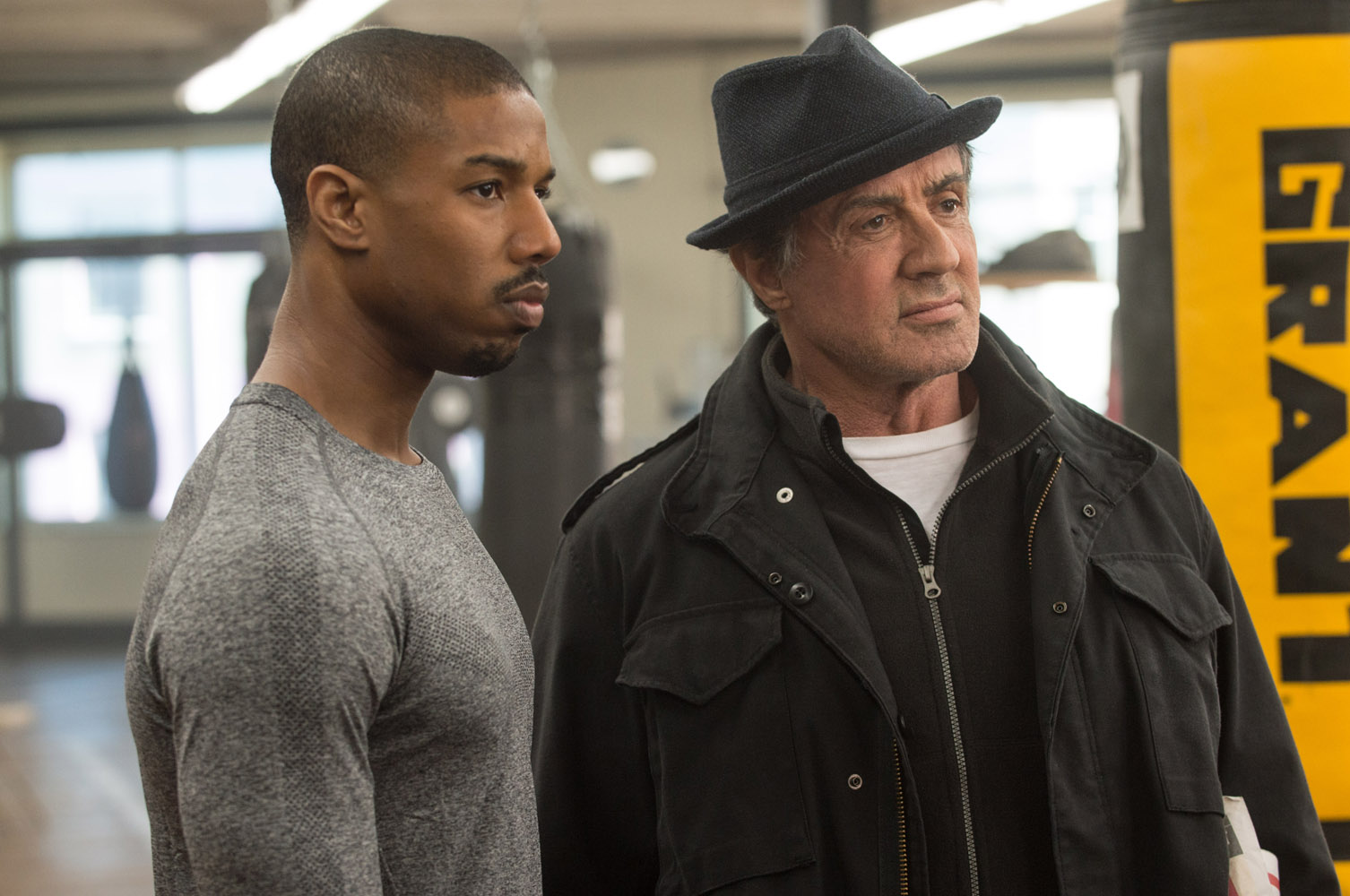 Before Adonis could coax Rocky into coming back, Coogler had to receive Sylvester Stallone’s blessing to work with the character, and the actor’s commitment to put the gloves back on. Stallone, also a producer on the film, has played one of the most legendary and beloved characters in film history in six “Rocky” films over nearly four decades. He says, “The impression Rocky has left on people is both confounding and extraordinary to me. I’ve always felt a relentless responsibility to keep the character intact because of that. So when Ryan came to me with the idea of Adonis Creed coming into the picture, I thought it was incredible, this filmmaker who is so young and yet so captivated by what we’d begun all those years ago. I admit, I was intrigued.”

Coogler had come up with the story, and partnered with fellow writer Aaron Covington on the screenplay. “Ryan and I met the first day of film school at USC,” Covington relates. “We have similar backgrounds, similar interests, and we started collaborating almost from day one, helping each other on set, tossing ideas back and forth. One day he asked me if I watched the ‘Rocky’ movies growing up; of course I’d seen them a dozen times. Then he said, ‘What if we continued that story with Apollo Creed’s son?’ I could see that Ryan had an honest vision for the story so I was instantly on board.”

The fact that, for the first time, a story about Rocky Balboa was not penned by Stallone could have been cause for concern among the two production entities who compose the banner Chartoff Winkler, the principals being Robert Chartoff and Irwin Winkler. The pair produced the original “Rocky,” which was nominated for ten Oscars and won three, including Best Picture. Chartoff passed away earlier this year, and “Creed” is dedicated to his memory. 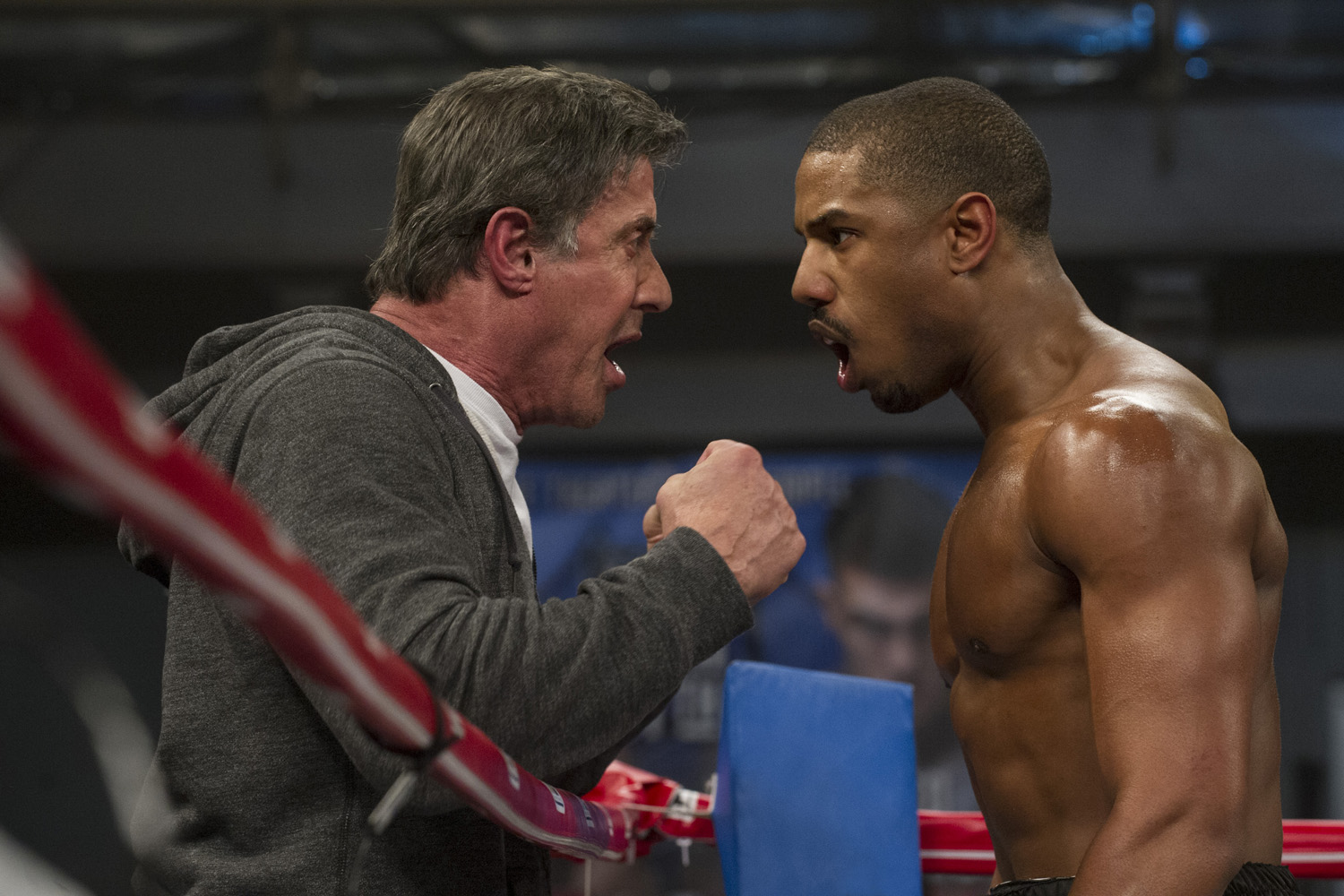 Producer Charles Winkler grew up with the “Rocky” franchise in the family and served as executive producer and second unit director on the sixth film, “Rocky Balboa.” He offers, “I think Ryan’s idea was so solid that we all acknowledged this was the way to take it in a new direction and present it to a new generation. It’s been fascinating to watch the torch being passed.”

William Chartoff was also raised on “Rocky”; his father, the late Robert Chartoff, produced the series and the younger worked on the fourth and sixth films, producing the latter. He and his father both served as producers on “Creed” as well. “Knowing how much Rocky has meant to me and my dad, and learning how significant the films had been to Ryan and his father’s relationship, well, that really resonated with us,” he states. “Then he wrote this character who is a young man trying to follow in the footsteps of his father, to live up to a standard—a legacy—which is an incredible burden for anybody, but with the added layer of never having known him. It’s a rich story with a compelling personal journey to follow.”