Everyone knows the fabled Arthurian legend…or at least thinks they do. But in the hands of director Guy Ritchie, the tale takes on a decidedly gritty, modern edge in Warner Bros. Pictures’ King Arthur: Legend of the Sword, in Philippine cinemas May 17, 2017.

In the film, Arthur is not yet king, but is instead a ruffian – a thoroughly reluctant hero compelled to discover his true destiny even as he fights against the very monarchy he is meant to rule.

“I think the best narratives take a man on a journey that transcends his limitations and allows him to evolve from his most basic nature into someone worthy of a bigger life,” says Ritchie, who also co-wrote and produced the film. “In our version of the story, Arthur’s life starts small: an urchin in a brothel, running the streets, learning to fight and dodging the law with his mates. Then the actions of others—some with good, some with not-so-good intentions—force him to expand his vision of who he could be.” 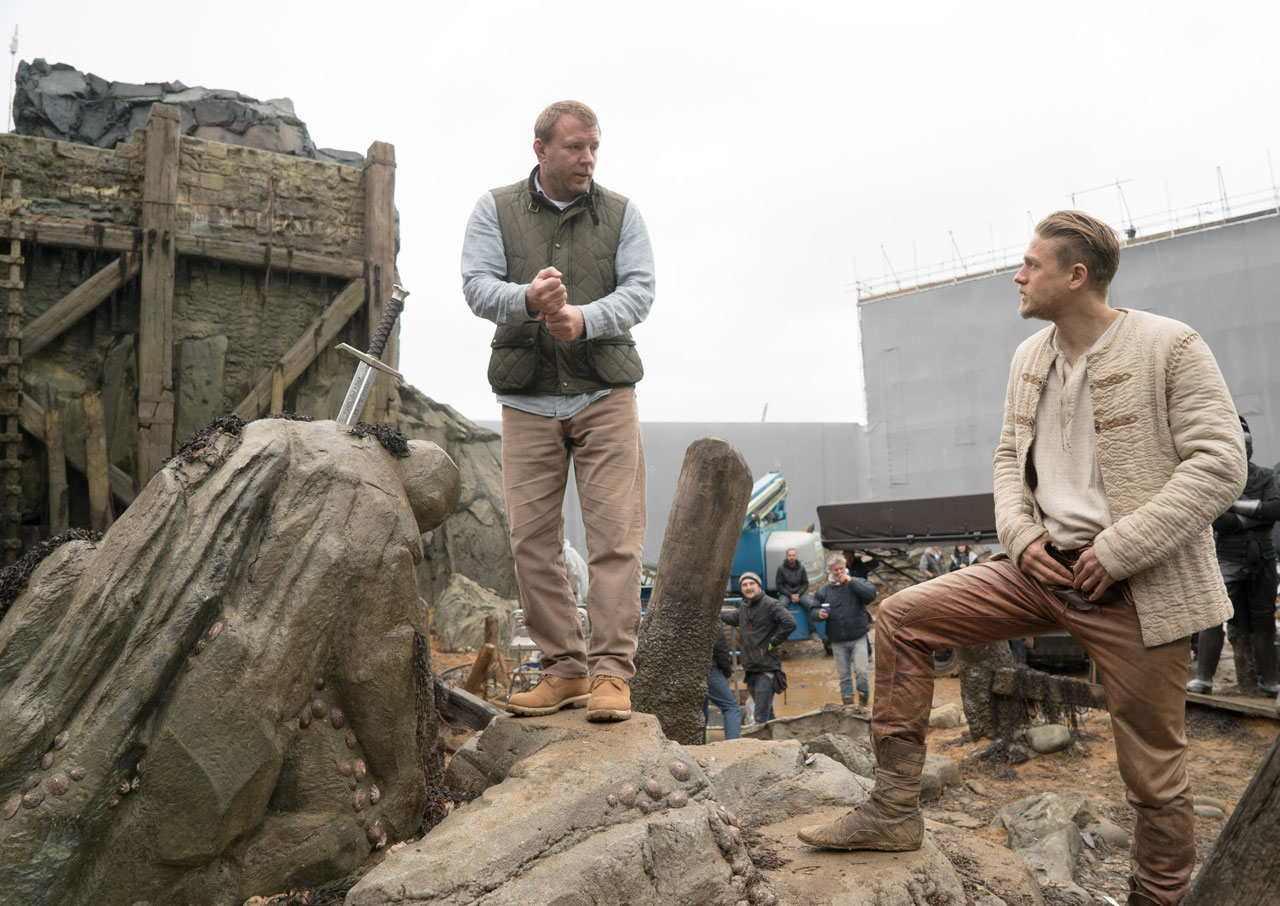 Charlie Hunnam, who stars in the titular role, says, “Guy has taken the classic hero’s journey and created an origin story with a very accessible Arthur for a new generation. Our Arthur has grown up fending for himself, rough and ready, carving out a little world where he’s a prince among thieves. But he’s no noble soul looking for a cause.”

Nevertheless, it’s looking for him, and as soon as Arthur comes into contact with Excalibur, that extraordinary piece of iron firmly embedded in granite, his life will change forever…like it or not.

While the presence of the famed Camelot was a must, it was producer/co-writer Lionel Wigram who suggested setting the bulk of this big actioner away from the castle, in a more urban environment, and both Ritchie and Wigram were drawn to an ancient version of England’s capital: Roman London, which at the time was called Londinium. 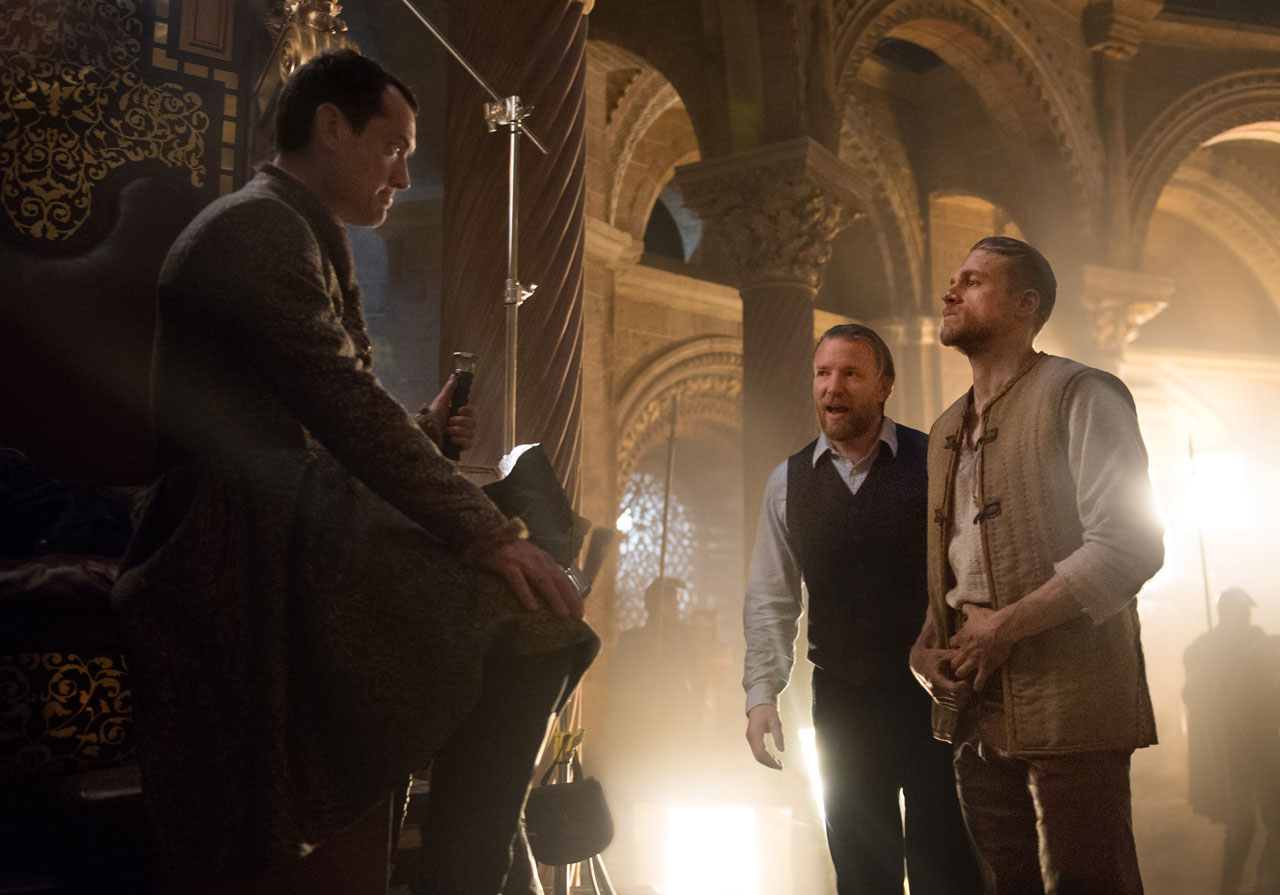 Wigram states, “There have been many separate and differing versions of the King Arthur story, in which he has been everything from a Celtic warrior to a Roman centurion. The myth has endured and has been adapted to fit the requirements of each different time period in which it has been told. Given this rich tradition of interpretation, we felt that as long as we retained its essential thematic elements, we had license to come up with our own iteration of the story, to have some fun with the details in a way we hope will speak to today’s audiences.”

“This is an Arthur who doesn’t aspire to greatness—fate throws it at him,” Ritchie says, “and he fights it, and pretty much everyone around him, every step of the way.”

And fight he does, in visceral action sequences that include spectacular displays of bows and arrows, battles of hack-and-slash swordplay, mad dashes through the grimy back alleys of the city, and a mix of martial arts and bare-knuckle fighting. It was all captured in stunning UK locations throughout Wales and Scotland and on the cavernous Warner Bros. Leavesden soundstages, and set to a pulsating score. 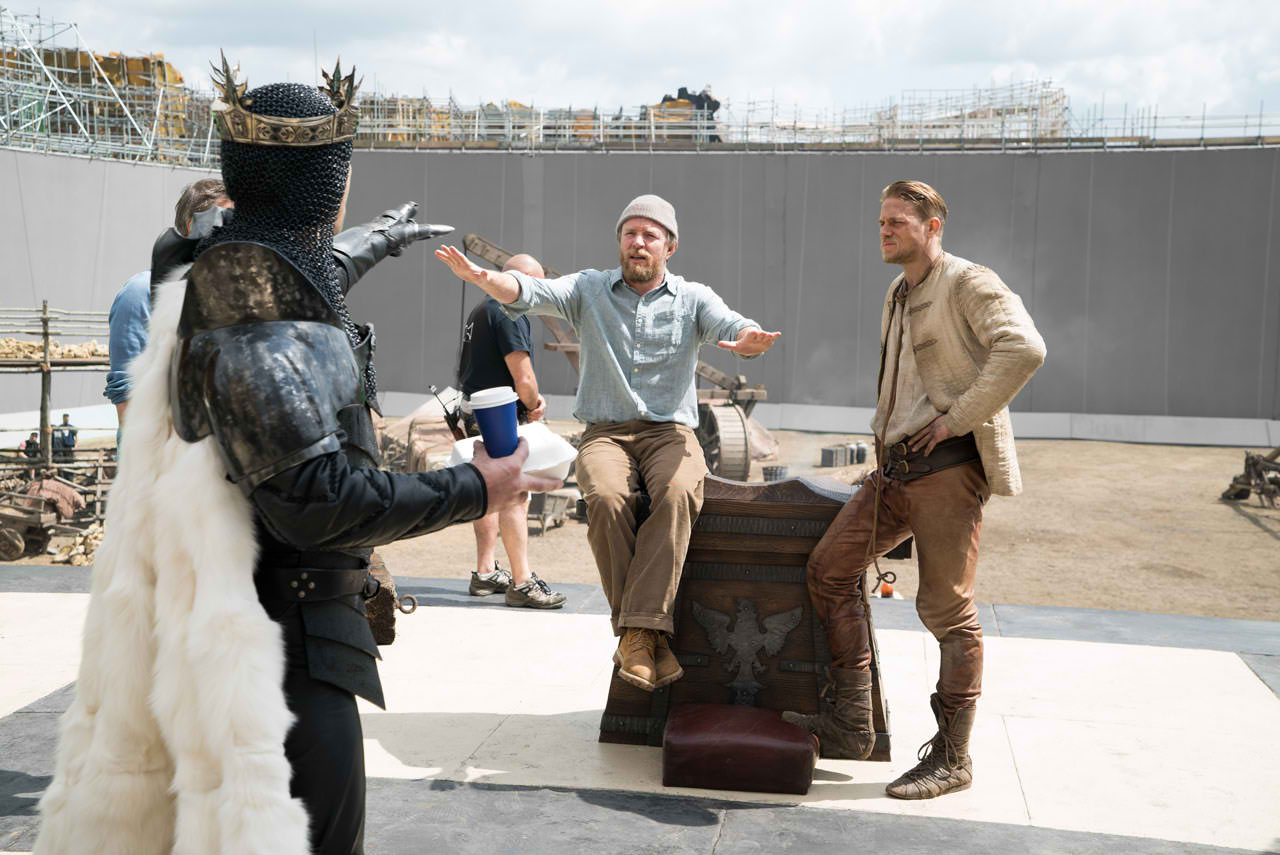 It all adds up to Ritchie’s King Arthur: Legend of the Sword, in which Excalibur reveals itself, and a man’s true calling along with it.