Once upon a time, Dracula (Adam Sandler) was a controlling, dominating guy who used his strength and charisma not only to create the world’s only hotel for monsters, but to become the world’s worst helicopter dad right up until his daughter’s 118th birthday. He’s better now – or is he? Now that he’s a grampa – make that “vampa” – no one could be happier… but when his grandson, Dennis, looks like he might be human instead of a vampire, Drac cracks – determining to bring out the “late fanger’s” fangs no matter what. 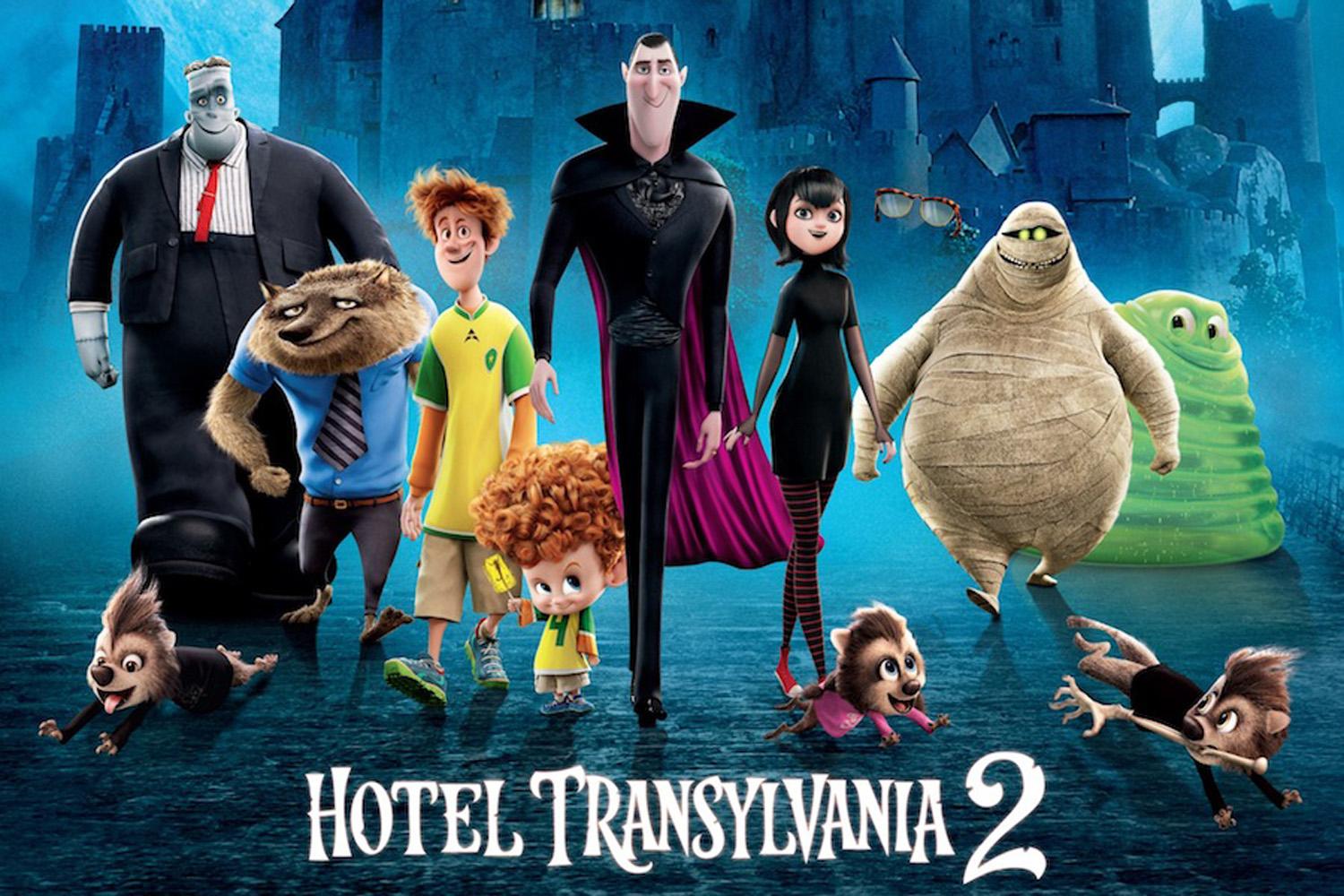 Sandler says that this film picks up where the first one left off – but Dracula still has some growing to do. “He’s accepted humans, and his daughter is in love with a human, but he’s not quite pleased that his grandson might be humany,” he says. “He wants him to be a little more of a vampire – and he’s trying to bring that out of him the whole movie. Drac has to open up his eyes a little bit more.”

Frankenstein (Kevin James). A best friend is the guy you can count on no matter what – and that’s Frank and Drac. Everyone needs a guy to ride shotgun… when you’re on a secret road trip… to try to figure out if your grandson really is a vampire. Well, maybe not – and the job may get sticky now that Frank’s face is recognizable everywhere in the human world – but Frank will still stick close to Drac and as far away from fire as he can get.

“Director Genndy Tartakovsky is so awesome, because he helps me with my levels of becoming a monster, and also being human with my delivery, which is funny,” says James. “I think that’s so great about these guys – they’re monsters, obviously, but when they hang out it feels very comfortable.”
Griffin (David Spade), the invisible man, couldn’t be happier – he’s found love. Well, he’s sort of found it – his beloved is invisible, too. In fact, the other guys aren’t quite sure she exists. 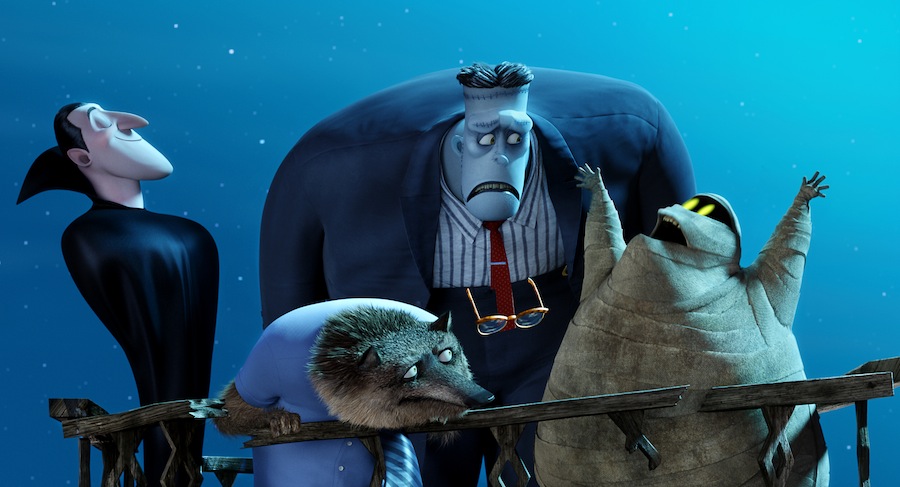 Wayne (Steve Buscemi) the werewolf has a gazillion wolf pups with his wife Wanda and too little “me time,” which may be why he jumps at the chance to help Drac with his grandson problem. The thing he doesn’t see coming is that his youngest daughter, Winnie, has developed a crush on little Dennis – call it “puppy love.”

“Wayne is a sort of a reformed werewolf,” says Buscemi. “He’s lost his edge, but he’s still got the werewolf in him. He’s got a good heart – he lets the pups roll all over him, and he doesn’t really know what he’s doing as far as being Papa Werewolf goes. His wife runs the show while he rolls with the punches.” 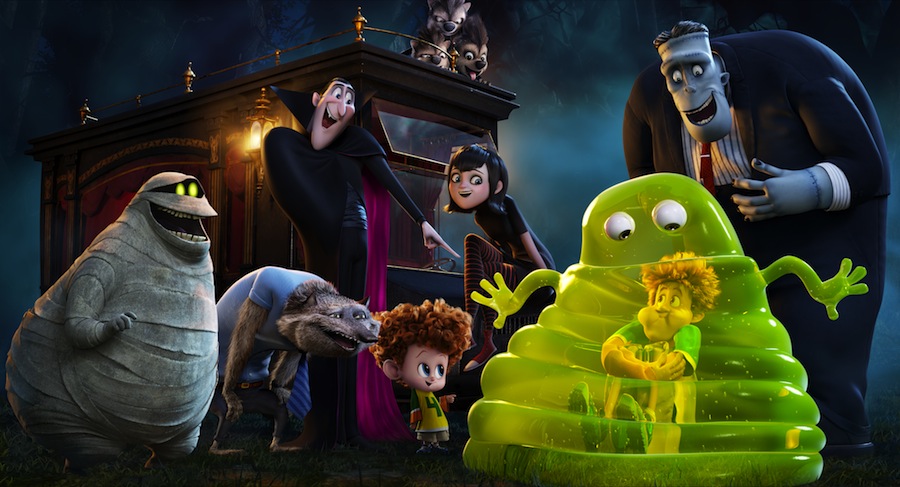 Murray the mummy (Keegan-Michael Key) is the undead life of the party. This rotund, wrapped reveler is always ready for a good time, so he jumps at the opportunity to help bring out the fangs in the little monster-in-training, Dennis. Keegan-Michael Key plays the part.

“Murray is a fun-loving character and I get to run the gamut with him,” says Key. “He has a lot of fun but he also gets scared at certain things. I love that he doesn’t look anything like me – he’s got a lot of girth, but his voice is in a higher register, so it’s fun to be able to belie his size.”

“Ninja Turtles” Sequel’s Payoff Posters Now “Out of the Shadows”