The filmed story of N.W.A. is straight outta record books. Thanks to consecutive weeks atop the US box-office, Universal Pictures’ “Straight Outta Compton” has earned its place in history as the highest-grossing music biopic ever, with a smash box-office haul of #157 million (as of September 17, 2015). The previous champ, “Walk The Line,” about Johnny and June Carter Cash, had grossed $119 million.

“Straight Outta Compton’s” success speaks of hip hop’s cultural primacy, with two of the three top-grossing biopics now are about hip hop artists (“8 Mile,” a film loosely based on Eminem’s life, is the other). 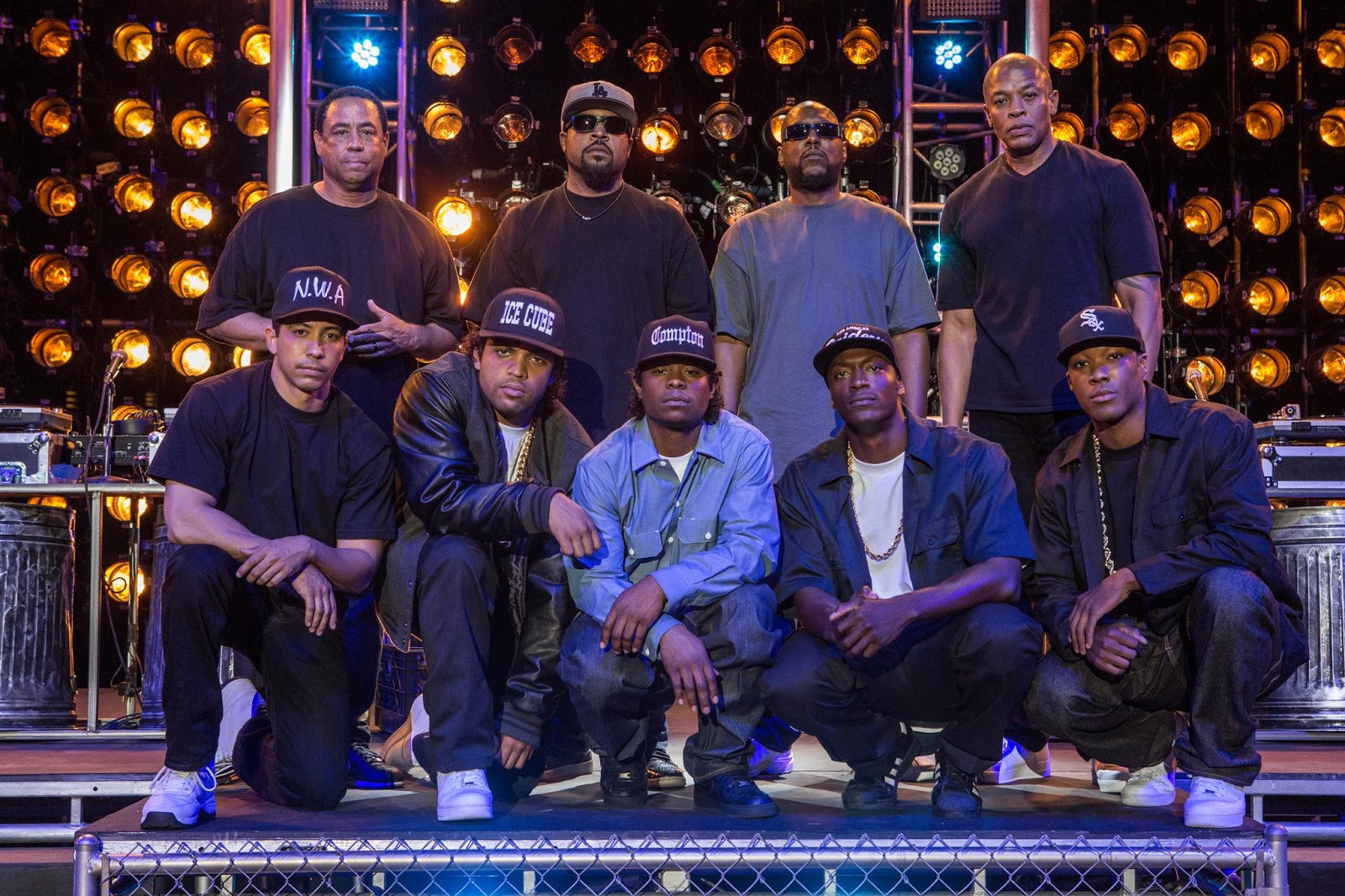 The film’s success also illuminates the iconic heights N.W.A.’s members have reached. The film’s release was preceded by an avalanche of think pieces assessing not just the group’s place in American cultural history, but the legacies of its surviving members. Dr. Dre, neé Andre Young, has become one of pop music’s richest, most powerful figures, and Ice Cube, whose given name is O’Shea Jackson, has become an entertainment mogul in his own right as well.

Witness the rise of the world’s most notorious group in Universal Pictyures’ “Straight Outta Compton.” In 1987, five young men, using brutally honest rhymes and hardcore beats, put their frustration and anger about life in the most dangerous place in America into the most powerful weapon they had: their music.

During the late ’80s, the streets of Compton, California, were some of the most dangerous in the country. The plague of crack cocaine was escalating at a rate as alarming as the violent, gang-driven business that propelled its use. The LAPD and its specialized gang unit were leading the charge on the war on drugs with an unchecked mercilessness, one that left residents of the Southern California community not merely tense, but shell-shocked, distrustful of authority and sorely embittered.

Eazy-E, a charismatic dope-selling hustler with the smarts to see a future in L.A.’s burgeoning rap scene, had a plan. Deciding to leave the street life behind, he reached out to his friend Dr. Dre, a local deejay who spun regularly at Compton clubs with counterpart DJ Yella. They, too, were tired of dead ends and hungry for change, and Eazy-E had the resources and connections to make a change happen. Joining them in the venture were two young emcees from the block: MC Ren and Ice Cube, a talented 16-year-old whose explosive rhymes caught Dr. Dre’s attention. It was time to use their frustration as fuel for their art and give their people the one thing they desperately needed: a voice.

Taking us back to where it all began, Straight Outta Compton tells the true story of how these cultural rebels—armed only with their lyrics, swagger and raw talent—stood up to the authorities who meant to keep them down and formed the world’s most dangerous group, N.W.A. And as they spoke the truth that no one had before and exposed life in the ’hood, their voice ignited a social revolution that is still reverberating today.