Based on the wickedly hilarious and couture-filled book of the same title by Rosalie Ham, “The Dressmaker” is set at 1951 in a town called Dungatar, a one-horse town deep in the wheat belt of south-east Australia. The sleepy town of Dungatar is suddenly alarmed at the return of Tilly Dunnage (Academy Award winner Kate Winslet), a beautiful, talented misfit, who’s been working as a dressmaker in France for the great haute couture designers, returns home to Dungatar, a one-horse town deep in the wheat belt of south-east Australia. After 20 years away, Tilly has been driven back by a recent tragedy, to do two things – look after her ailing, eccentric mother Molly (Judy Davis), and right the wrongs of the past that continue to haunt her. Tilly Dunnage has revenge in her heart.
Tilly feels instinctively that she was wronged as a child, but she also feels cursed and can’t clearly remember what happened. The Dungatarians are drawn in by Tilly’s bewitching skills of transformation, and one by one, she extracts from them the information necessary to piece the truth together. The extraordinary gowns she creates become her means for revenge against those who did her wrong. There’ll be a price for looking this good. 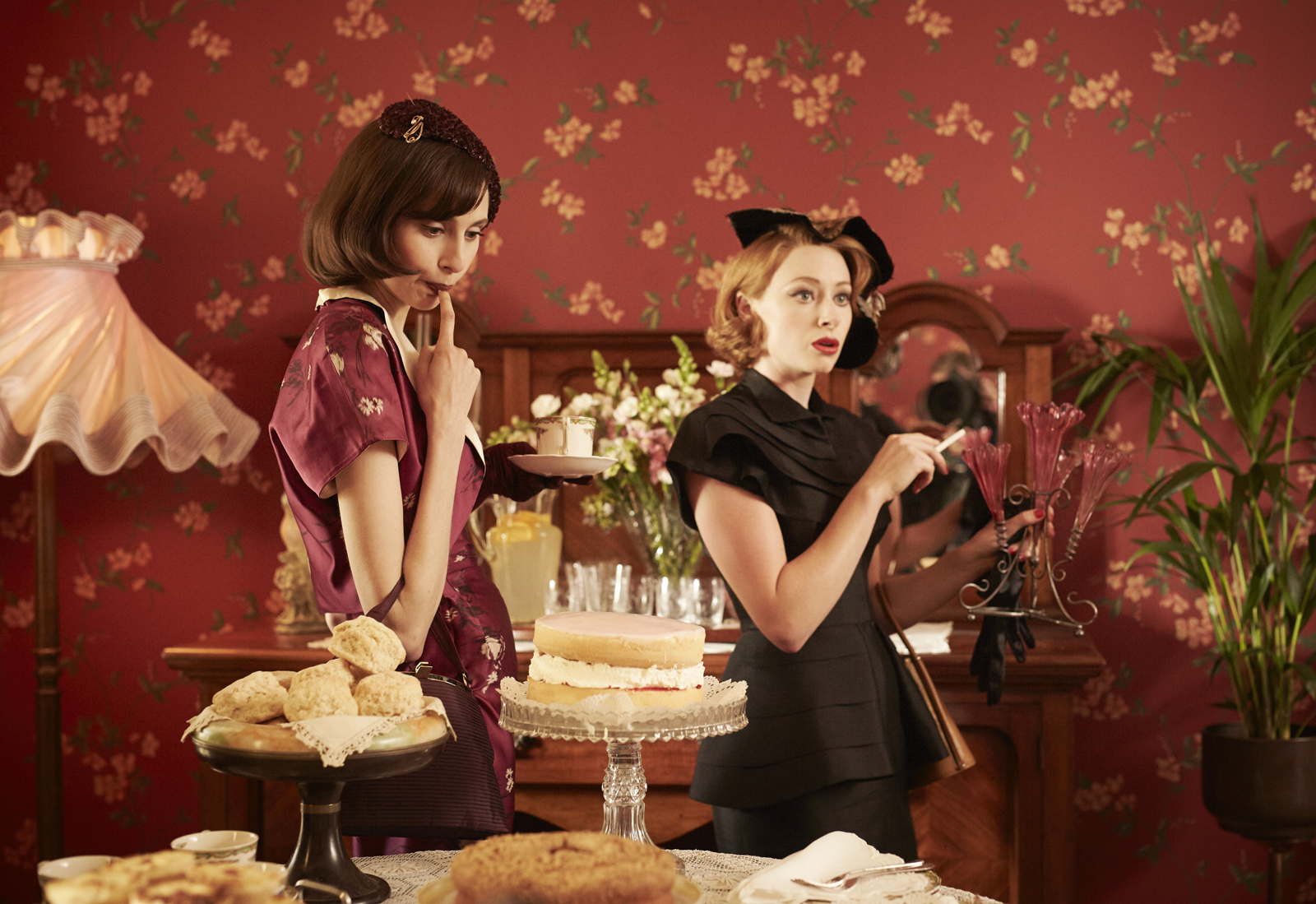 Along the way Tilly bares her heart and against her better judgement falls in love with local football hero, Teddy McSwiney (Liam Hemsworth). Most importantly, she forms an initially volatile but finally tender reconciliation with her mother Molly.

Director Jocelyn Moorhouse says: “A designer friend of mine once said to me, couture is a weapon and that stuck with me. I like the idea of a woman being able to use her skills at designing extraordinary clothes that can transform the people wearing them, and to use that as a weapon against those people.”

Clothes are crucial to “The Dressmaker” – costuming is key to any film, but here it takes on a profound level of importance. Rosalie Ham had the clothes close in mind when writing the source book: “Clothes as a disguise, something to cover the flaws of your body, was what I wanted to explore, but in this case, it exacerbates the flaws in the people – things like vanity and jealousy – and so it all came from that.”

Fashion in “The Dressmaker” is about disguise. Tilly Dunnage takes advantage of the women in the town and appeals to their sense of competition and vanity. The women of Dungatar haven’t looked or felt good for a very long time, so it’s a way of luring people and giving them a false sense of hope. Tilly simply gives them enough rope – or ribbon – to hang themselves with. She lets them “bring themselves unstitched”, as Rosalie puns.

Kate Winslet says: “Tilly has trained as a couture dressmaker in France with Balenciaga and Dior and Madame Vionnet. The Dungatarians don’t really understand quite how magical and beautiful her creations truly are, they think it’s ‘dress up’. It’s kind of a gift that she’s giving them, as well as carrying out little bits of revenge along the way. They go from looking pale and a bit tea stained to looking like they’re all walking down a red carpet. It’s really quite striking.” 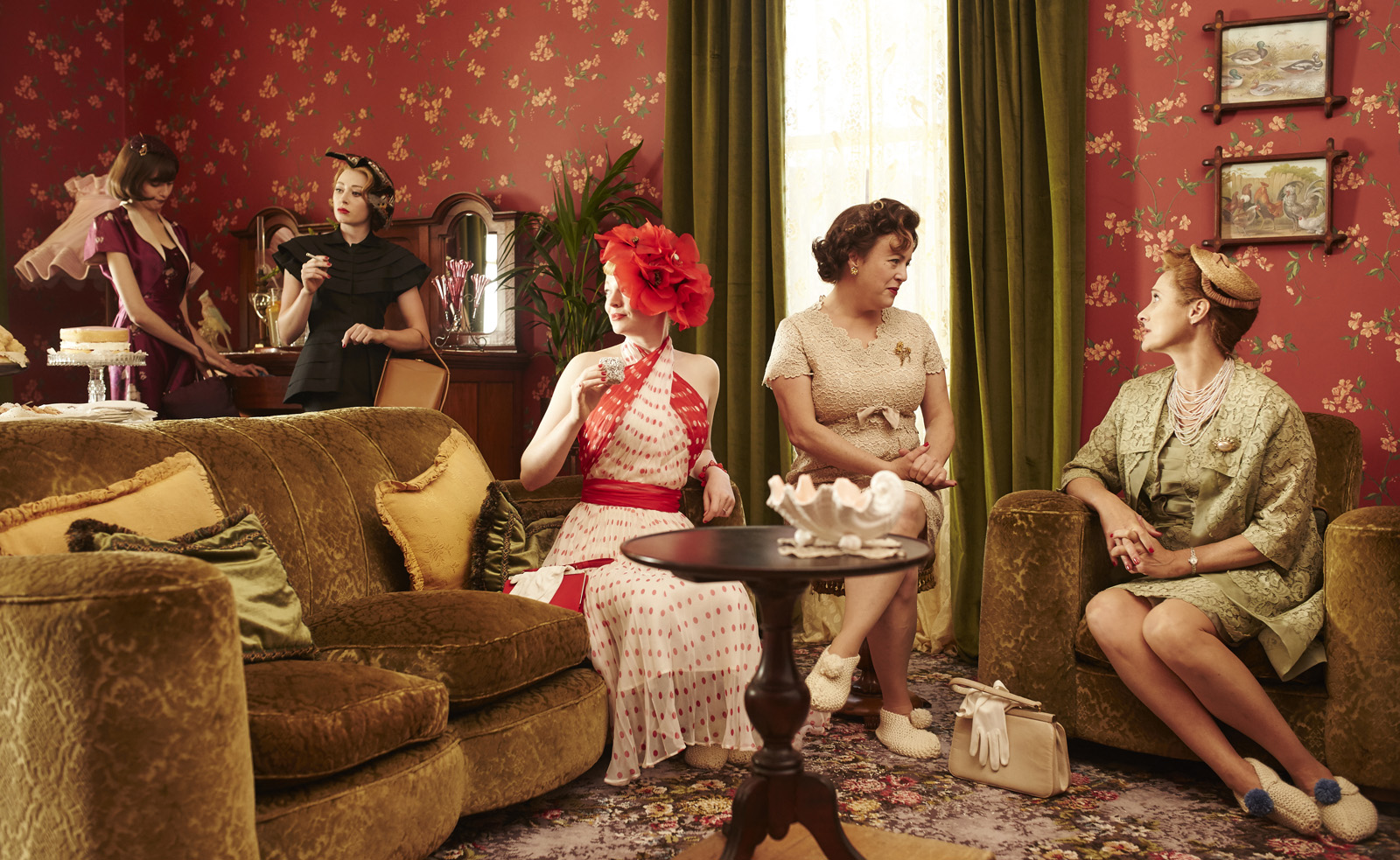 The post war 1950s were a time in which fashion had two competing movements – Christian Dior created ‘the new look’ in 1947, which took women back a little bit to the corset and the cinched waist. Madame Vionnet and Balenciaga were both couturiers who didn’t use artifice, they used what was already there and the way fabric was draped on the body to enhance the good qualities and disguise the bad.

Rosalie Ham says: “I wanted to make the distinction between those two things in The Dressmaker. You can be feminine and beautiful but you don’t have to wear a corset or alter yourself particularly to be able to do that.”

Check out Winslet’s runway-worthy creations in “The Dressmaker” when it opens November 4 in theaters nationwide from Axinite Digicinema.

Watch “The Dressmaker” trailer below: