Kate Winslet, who rocketed to worldwide audience with her lead role as Rose in the blockbuster film“Titanic” with Leonardo DiCaprio stars in the upcoming movie “The Dressmaker,” a hilarious dramedy clothed in elite fashion where revenge never looked so classy.

Based on the best-selling novel by Rosalie Ham, “The Dressmaker” is a bittersweet, comedy-drama set in early 1950s Australia. Tilly Dunnage (Kate Winslet), a beautiful and talented misfit, after many years working as a dressmaker in exclusive Parisian fashion houses, returns home to the tiny middle-of-nowhere town of Dungatar to right the wrongs of the past. Not only does she reconcile with her ailing, eccentric mother Molly (Judy Davis) and unexpectedly falls in love with the pure-hearted Teddy (Liam Hemsworth), but armed with her sewing machine and incredible sense of style, she transforms the women of the town and in doing so gets sweet revenge on those who did her wrong. 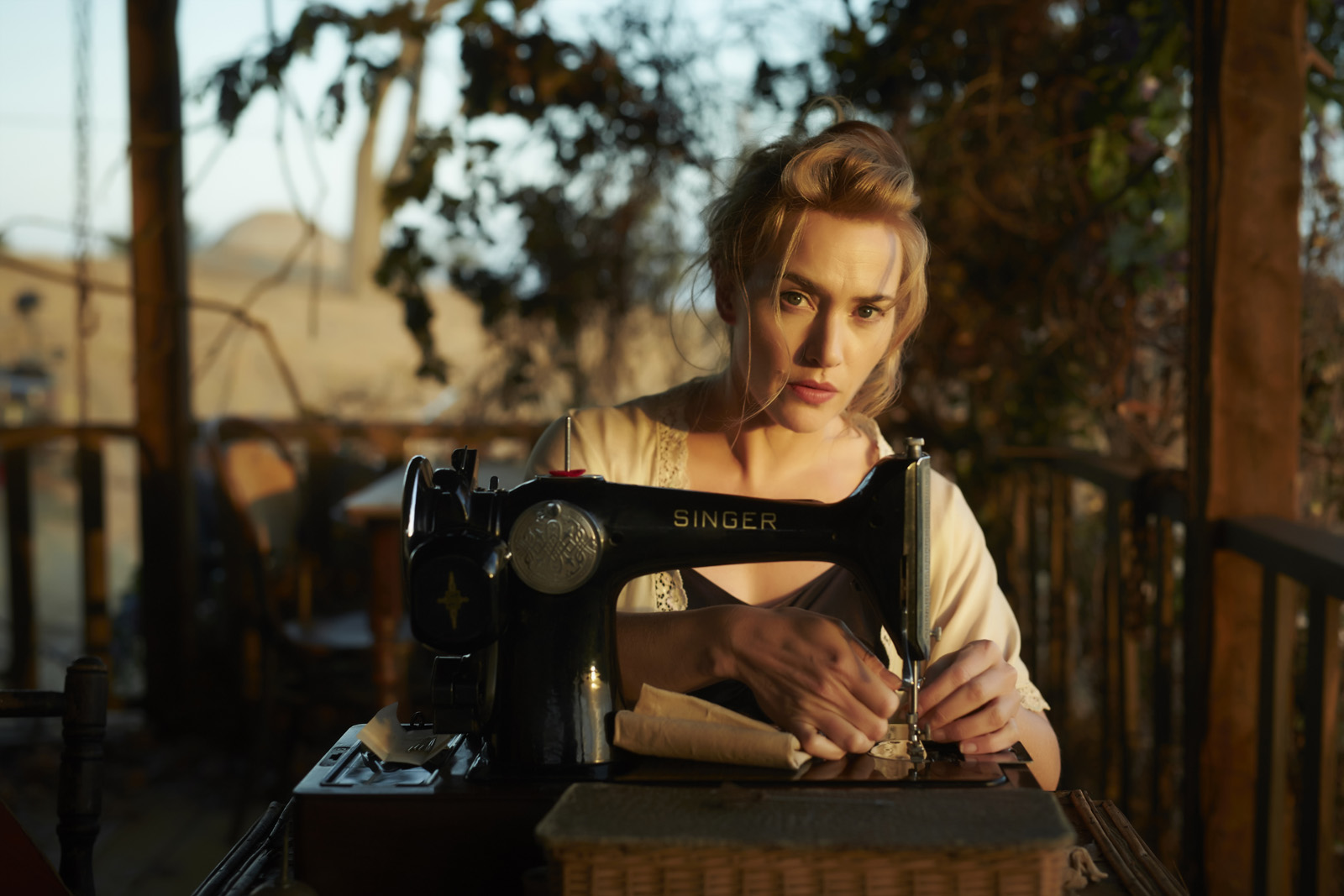 Kate Winslet remembers: “When I first read the script I was very taken by how different she was as a woman to anything I’d read for quite a while. There’s a strength in her that is unflinching and almost aggressive at times because she has had to overcome so many challenges in order to stay strong and to be the person that she is.” 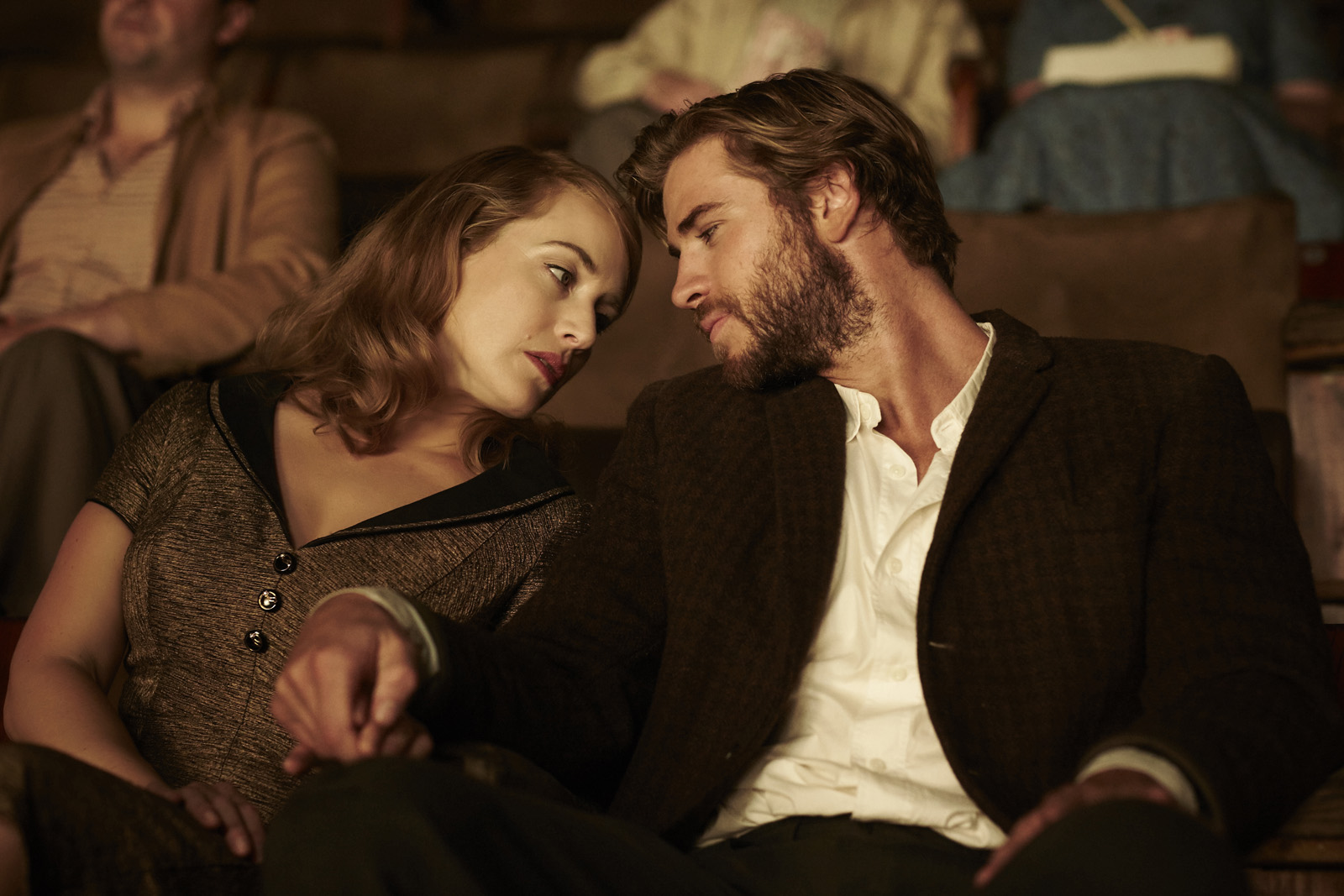 Tilly Dunnage and her mother Molly were always outcasts in Dungatar, baited by the grasping, nasty inhabitants, but the tragic death of a child – the Pettyman’s son Stewart – when Tilly was 10 years old, and for which she’s blamed, led to her expulsion from the town. Now in her 30’s, the unsolved mystery of the death haunts her, and Tilly returns to seek closure – firstly through clarity of what really happened, secondly through some measure of revenge. Her strength, her rare talents, but also her need for love are clear.

Producer Sue Maslin explains it in this way: “The leading theme of The Dressmake is the notion of revenge and it’s revenge as a wickedly funny idea, but it’s also revenge that is a necessity. In Tilly’s case, it’s necessary because she not only needs to understand why she was victimised as a young child and sent away, and why her mother has been punished all the years since she left, but more importantly, she needs to reconcile the truth for herself about what happened. She needs to forgive herself. She can’t do that in isolation.” 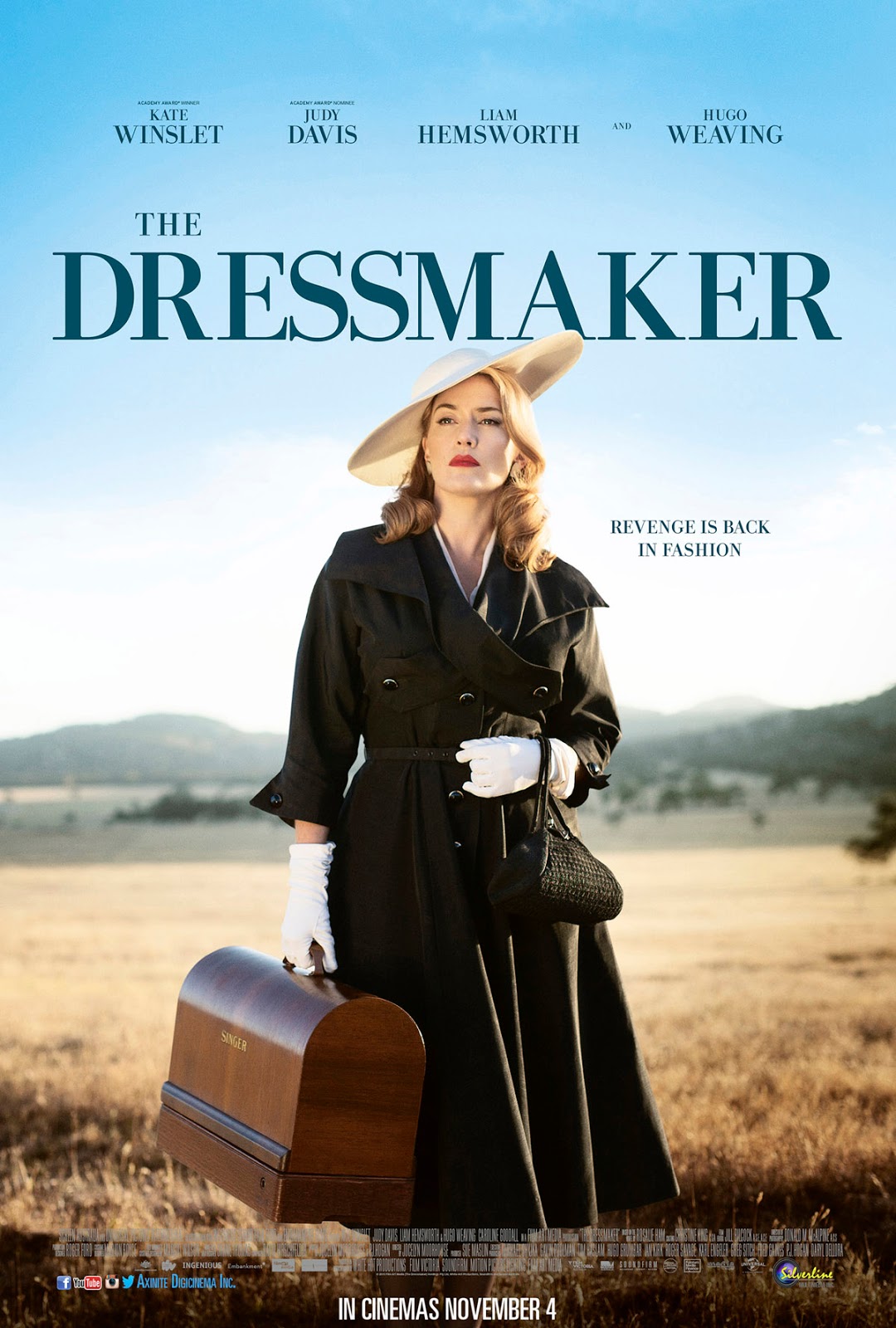 Kate Winslet finds that: “Tilly is unique and extremely skilled at what she does, she has a sense of grace and poise that is entirely lacking in the town. I really admired her very powerful sense of self. She’s vulnerable but does a really good job of hiding it.”

Of the novel’s characterisation, Rosalie Ham says: “Tilly Dunnage is reserved, aloof, an observer, she has instinct, she knows what people are like and she appeals to the good or the bad in people with her talents. She’s a wounded, slightly vengeful but not to the extent where she does anything terrible directly – she puts in place things so that those who deserve it ruin themselves. It’s her presence in circumstances that causes the chaos, or the joy.”

Revenge is back in fashion when “The Dressmaker” opens nationwide this November 4 from Axinite Digicinema.