Heinous crimes traverse the jagged line of the U.S. and Mexican border in an alarmingly escalating tempo that the intense thrilling action “Sicario” (meaning hitman) deals with, starring an impressive roster of actors including Benicio Del Toro, Emily Blunt and Josh Brolin.

At a time when the world is awash with the most pressing questions on drugs, terror, illegal immigration and corruption that has left people on both sides frightened and vigilant, “Sicario” explores the journey of an intelligence operation that pushes the rules to engage with those who don’t play by any. 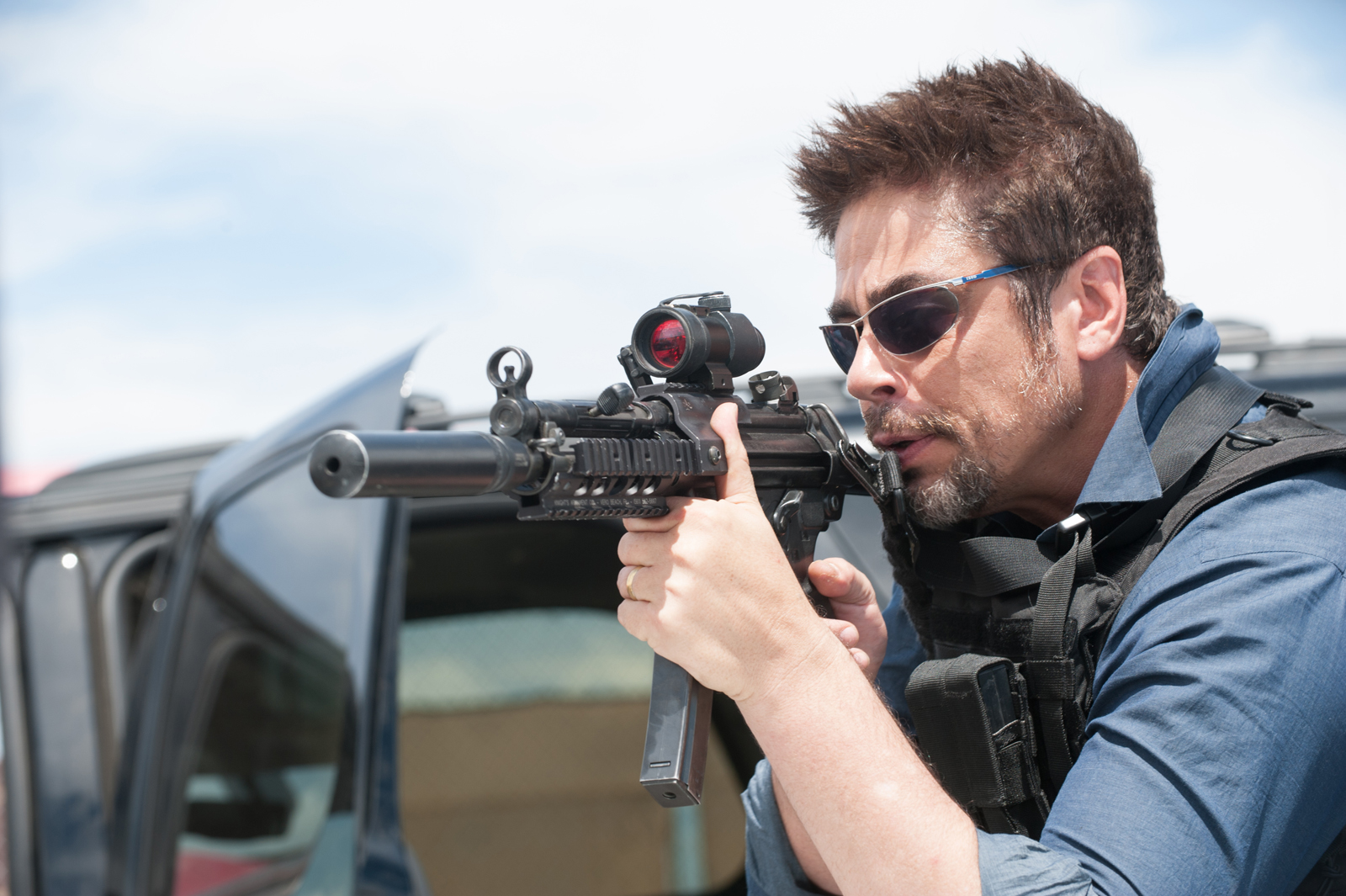 “It’s a movie about choices,” adds Benicio Del Toro, who dives into one of his most conflicted roles as the equal parts vengeful and tender hit man Alejandro. “It’s tough to say whether any character in Sicario is truly good or bad. Do the means justify the ends? What happens when go into a situation where you want to kill one guy and you kill 20 innocent people? You got the bad guy, but at what cost?”

The complex heart of “Sicario” is the film’s most unsettling character: Alejandro, played by Del Toro, who is at once a former courageous prosecutor grieving for his murdered family, Kate’s sympathetic guardian and a sicario in his own right, willing to cross any line to bring down the cartels who tore apart his life.

Screenwriter Sheridan imagined Benicio Del Toro taking the role even as he was writing. Fittingly, the charismatic Puerto Rican-born actor previously had won an Oscar for his indelible portrait of a different side of the drug war as a street-smart Tijuana policeman in Steven Soderbergh’s “Traffic.” Del Toro says that complexity gripped him. The question that hit him hardest was whether Alejandro can truly live with the things he has done, or if he has accepted that the price he must pay is forever being an outsider to society. “Alejandro used to be a prosecutor, and then his family was killed in the drug wars, so from those events, he became an assassin of drug lords of sorts. But is he a bad guy? I don’t know,” muses the actor. “I wouldn’t say he made bad choices to get where he is, circumstances controlled by other human beings forced him to be who he is. He has been given this role of hit man for the US government, so he lives in this bloody, dark world. He is willing to do it for his own reasons, but can he ever go back into society after what he has become?” 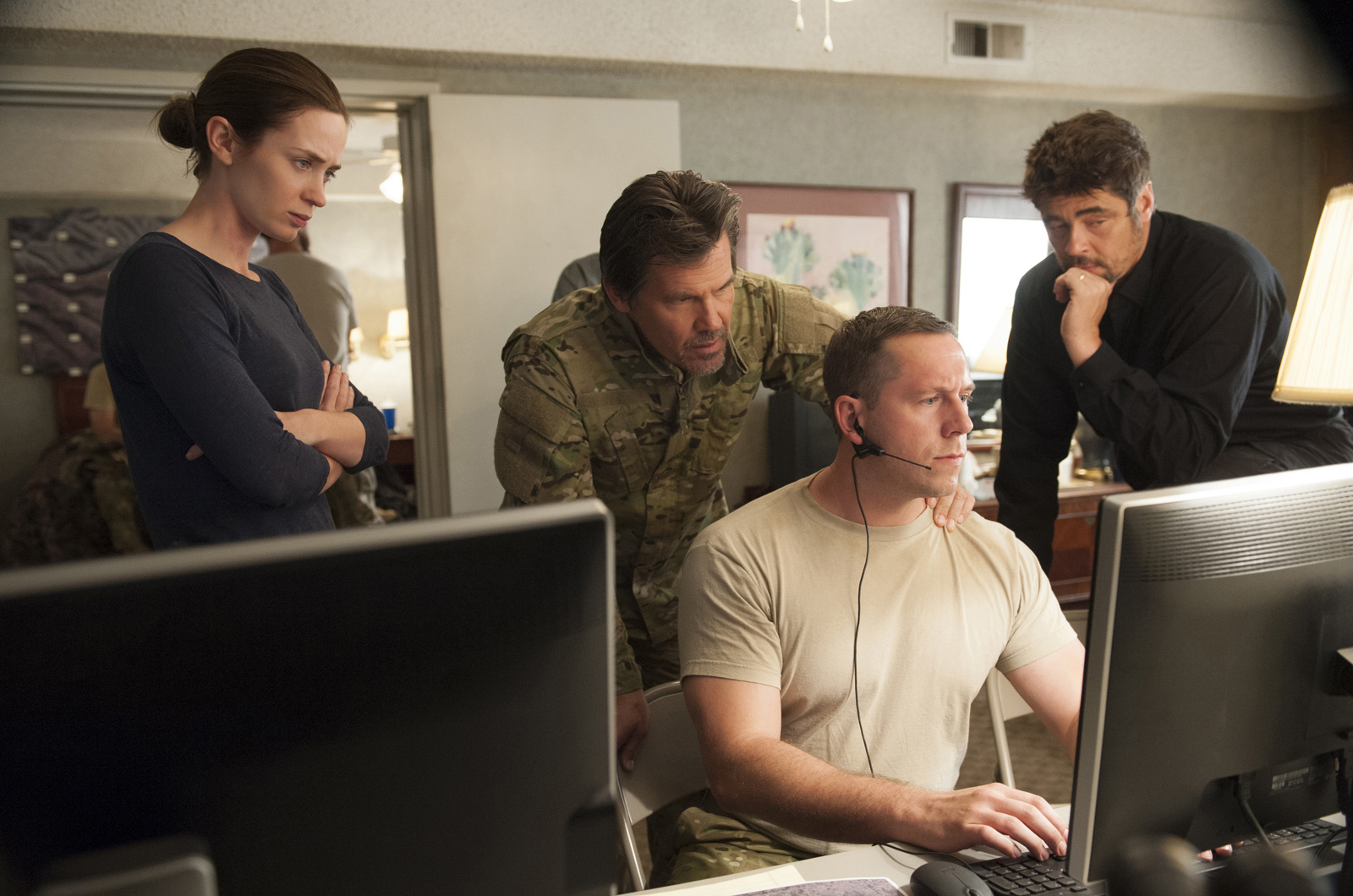 Alejandro’s impenetrable exterior only seems to soften in the presence of Kate (Blunt). The two are drawn together, if just for a fleeting moment, then wrenched apart in the course of the story. “In a strange, subtle way, Kate starts falling for Alejandro and he starts falling for her. It is very carefully played by both actors,” says Iwanyk. “As Kate discovers how broken this man is, and how that is manifested in more violence than she can fathom, our heart is broken for him and for ourselves, because we were invested in this man.”

“Sicario” runs in theatres this October 28 in cinemas nationwide from Pioneer Films.

Worst Heroes Ever in “Suicide Squad”

Steve Carell Knows How Good It Feels To Be Bad in...

Get to Know Alex Role, the Male Lead of New Horror-Thriller...