Keanu Reeves stars in his latest sexy thrilling starrer in “Knock Knock” as a blissfully married man with two children who was lured by two very attractive women (played by Lorenza Izzo and Ana de Armas) when they came knocking at his door when he was left alone at home. 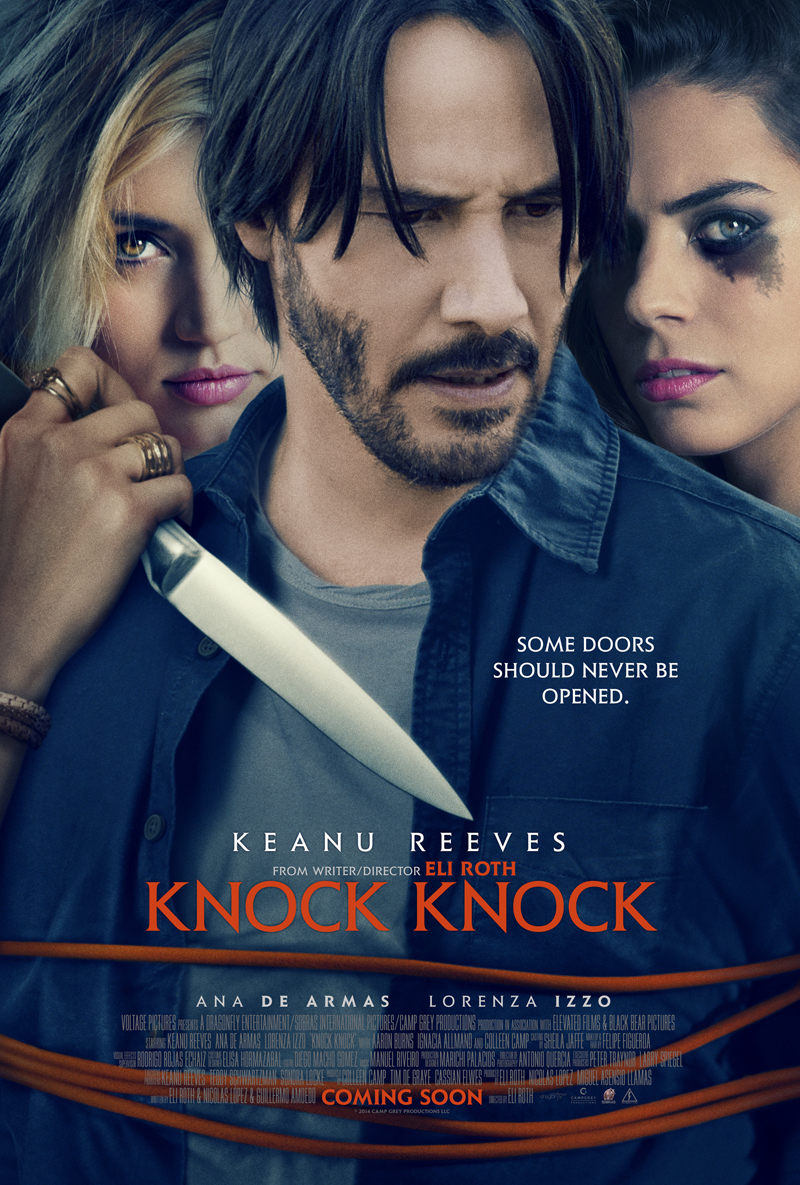 “With Knock Knock, I wanted to show just how fragile the world we spend a lifetime building actually is. What if you did everything right – you went to a good school, you dated nice people until you met the right person, you settled down, you built a good life for yourself…and still, you have the sinking feeling you’re missing out on something. What if you wanted to tempt fate just for one night thinking you could get away with it? I wanted the audience to sympathize with Evan, our main character, and to secretly make the same choices he would make. Evan tries to do the right thing, and yet, he can’t ever truly say no to these girls who show up at his door and seduce him. Evan constantly thinks he’s in control, and that’s his fatal flaw. People in their 40’s have no idea the damage one can cause with social media, because they’ve never had to think defensively in that way. Teenagers today have grown up with the threat of someone ruining your life over a picture or a text message, so as a result they know how to destroy someone. It’s a skill you have to develop as a teenager today, but it’s not one that would even be in a character like Evan’s consciousness,” explains Roth of the movie’s premise.

One of Hollywood’s most sought after leading men, Keanu Reeves currently has a box office draw of over $3.6 billion worldwide. Keanu recently completed production on four films, including the courtroom drama “The Whole Truth” starring opposite Renée Zellweger, “Daughter of God,” “The Neon Demon” and “The Bad Batch.”

Described by Eli Roth as ‘Fatal Attraction’ in the age of social media, “Knock Knock” opens this October 21 in theatres nationwide from OctoArts Films International.

Emily Blunt Has Depression, Delusions in “The Girl on the Train”