Warner Bros. Pictures has just released the first poster and trailer for the election satire “Our Brand is Crisis,” starring Oscar winners Sandra Bullock (“The Blind Side”) and Billy Bob Thornton (“Sling Blade”). The trailer may be viewed below.

A Bolivian presidential candidate failing badly in the polls enlists the firepower of an elite American management team, led by the deeply damaged but still brilliant strategist “Calamity” Jane Bodine (Bullock). In self-imposed retirement following a scandal that earned her nickname and rocked her to her core, Jane is coaxed back into the game for the chance to beat her professional nemesis, the loathsome Pat Candy (Thornton), now coaching the opposition.

But as Candy zeroes in on every vulnerability – both on and off the campaign trail – Jane is plunged into a personal crisis as intense as the one her team exploits nationally to boost their numbers. Dramatic, rapid-fire and laced with satire, “Our Brand is Crisis” reveals the cynical machinations and private battles of world-class political consultants for whom nothing is sacred and winning is all that matters. 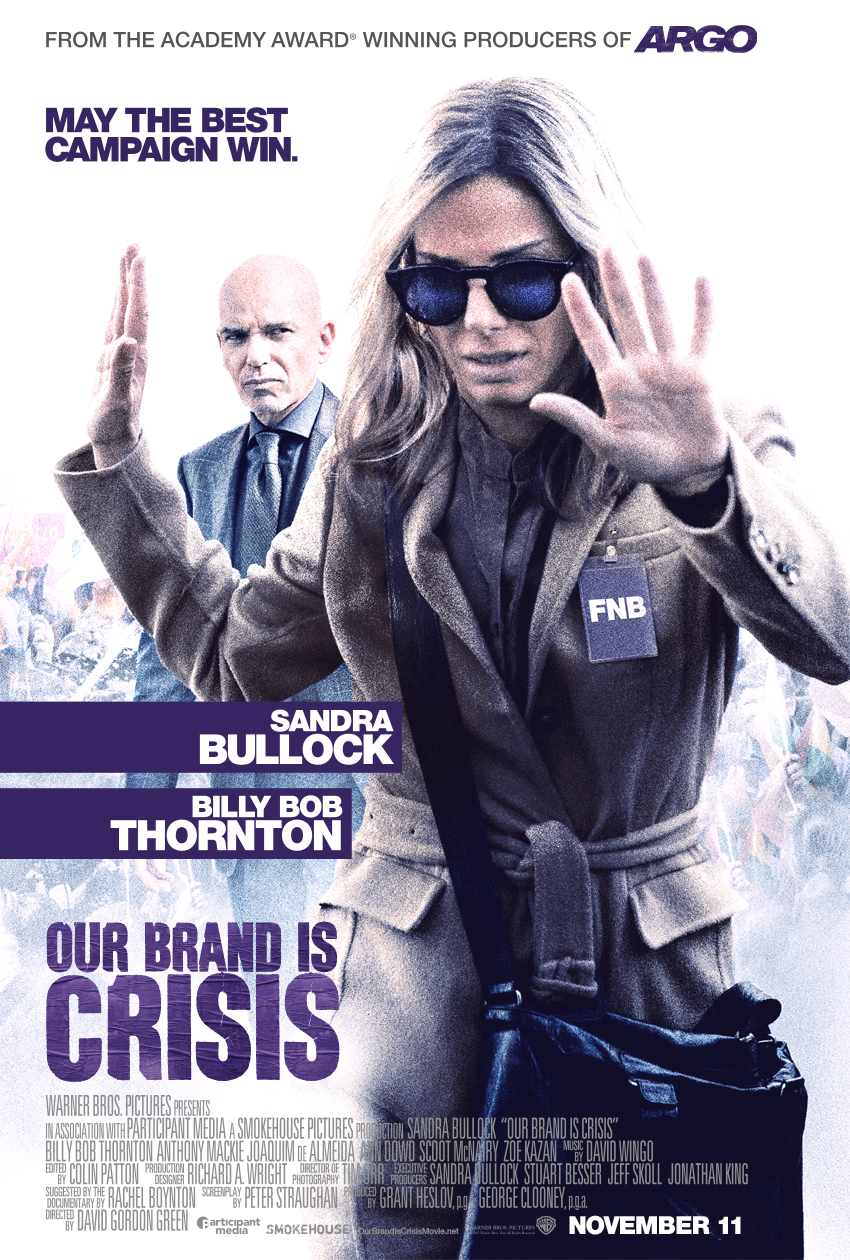 Opening across the Philippines on Nov. 11, 2015, “Our Brand is Crisis” is distributed by Warner Bros. Pictures, a Warner Bros. Entertainment Company.