The filmmakers wanted an ensemble cast that would embody characters rooted in contemporary reality and social mores. “We really wanted great and dramatic actors,” producer/writer Simon Kinberg states. “Actors who come from a more character-driven background. It’s the way we approach the ‘X-Men’ movies.”

In the latest “Fantastic Four” reboot, following the accident that transforms them, the Four develop a unique bond and an understanding that they will always be there for each other. The Four come to realize they are strongest when they are working together. The film also is a coming-of-age story and a journey of self-discovery for the Four, as they must mature and deal with their new abilities. 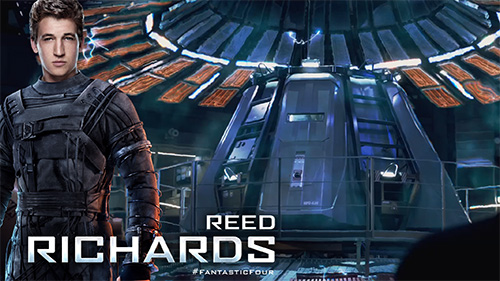 The head of the team is the brilliant Reed Richards. Ever since he was a child, the young inventor’s dream was to create a teleportation device. Years later his wish gets fulfilled when he creates a dimensional travel machine, the Quantum Gate, at the Baxter Institute. But a test mission goes awry and leaves Reed and his friends with unusual new powers. Reed himself is able to stretch his limbs to incredible lengths and morph into other guises.

Miles Teller, one of Hollywood’s fastest rising new stars, fresh off the success of “Whiplash,” the critically-acclaimed independent film “The Spectacular Now,” and the role of Peter in the hit YA film series “Divergent,” plays Reed Richards, one of the most important characters in the Marvel universe of superheroes.

Teller says he quickly became aware of how beloved and famous the Four are in the pantheon of superheroes. “What I really like about Reed is his focus and hyper-intelligence. I think being the smartest person in the room is a great asset. That’s a lot of power. He’s not trying to be the cool kid. All Reed wants to do his build this Quantum Gate. That’s what drives him; he’s a true pioneer.” 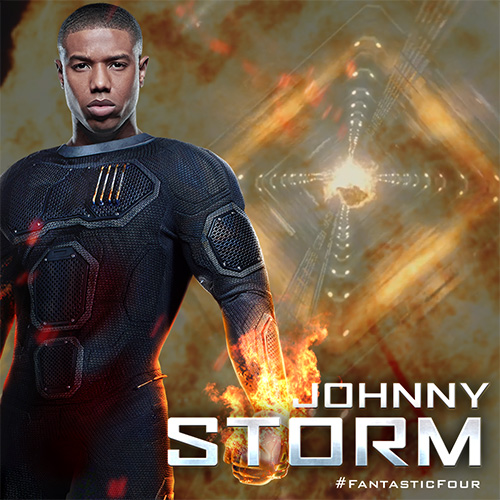 MICHAEL B. JORDAN plays Johnny Storm aka The Human Torch

Another member of the team, Johnny Storm, is a young, hotshot adventure-seeker who wants nothing to do with his father, Dr. Storm’s, science program. Following the botched mission, Johnny is transformed into a human, flying fireball. Unlike the others, however, Johnny is the quickest to adapt to and relish his new powers.

Jordan notes that having the opportunity to play a character with special powers in “Chronicle” was “kind of like the appetizer” for FANTASTIC FOUR. “I wanted to go full-on and take on a character that already existed. And I think the grounded nature of FANTASTIC FOUR appealed to me because it’s just so relatable; you care about the characters. For me, Johnny Storm is The One. He’s charismatic and very passionate about life. He’s optimistic and wants to be taken very seriously, but he has a light-hearted nature about him, so there’s a balance.” 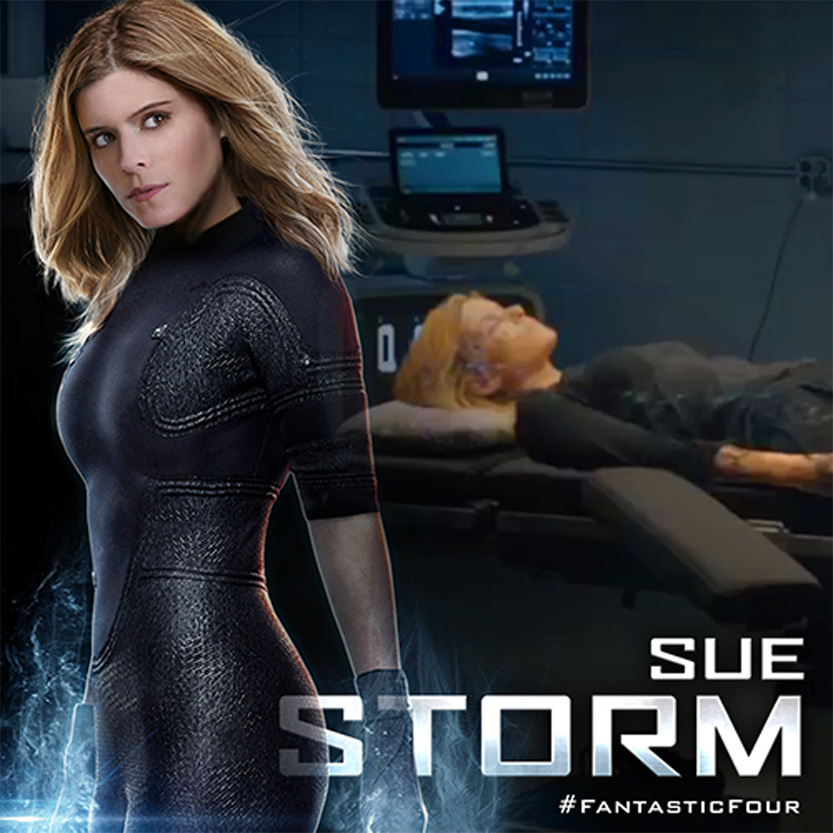 As a child, Johnny’s stepsister Sue Storm was an orphan from Kosovo adopted into the family of Dr. Franklin Storm. As a young adult at Baxter she develops into a pattern recognition scientist, who can see patterns in everything and everyone. As a result of her proximity to a catastrophic event, Sue also obtains new abilities. She can render herself invisible and harness her new powers to create powerful force fields. To honor the legacy of this bright comic book heroine, the filmmakers sought an actress with intelligence, strength and mystery. “Kate Mara’s name was the first that came up,” recalls Kinberg.

Mara also suggests that Sue is an internal person to begin with, so going invisible is an ability that is consistent with that trait. After being adopted by Dr. Storm, it became readily apparent Sue was a gifted child. “She has this pattern recognition gift,” Mara explains. “She is very, very smart and works alongside her father with whom she has a close bond.” Mara further notes that Sue’s relationship with her brother Johnny is a more typical brother-sister relationship. 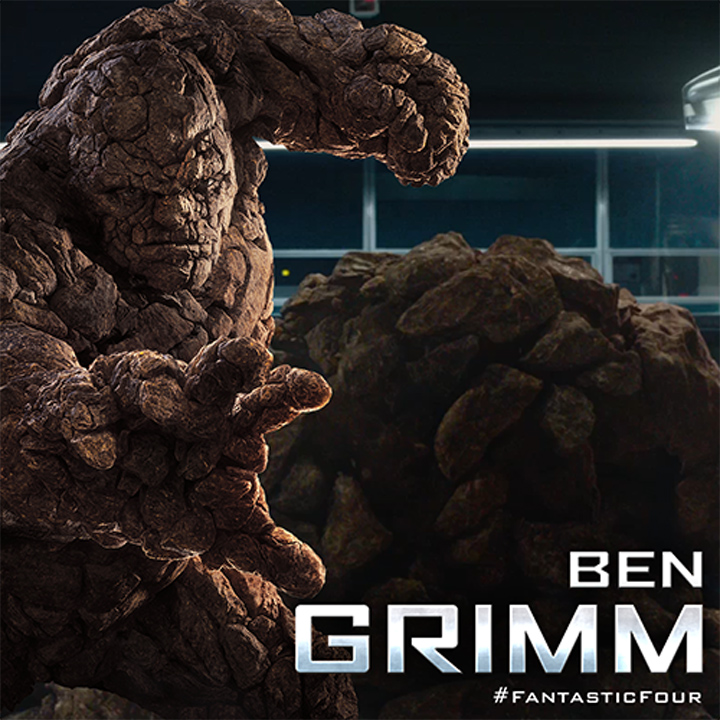 The fourth member of the nascent team is Ben Grimm, who lives with his mother and older brothers in a small home at his family’s home business, Grimm Salvage Yard, on the wrong side of the tracks in Oyster Bay. Ben forges an unlikely friendship with the neighborhood egghead and inventor, Reed Richards. Years later, after Reed enlists Ben to join his ill-fated teleportation mission at the Baxter Institute, Ben is transformed into a super-strong, six-foot, eight-inch, thousand pound being whose body is covered in rock, making him impervious to physical damage.

Jamie Bell, whose career was launched in the title performance in the British drama “Billy Elliott,” was chosen to play the massive, strong-willed yet kind character. Bell describes Ben Grimm as “someone who is at that point of his life where he doesn’t know what he’s going to do next. Ben doesn’t have a lot of prospects. He’s as average as they come. The only thing that makes him stand out is that he’s very protective of himself and of his friends. Ben also has problems with his siblings and he gets bullied a lot, so he’s constantly trying to prove himself. When he’s intimidated, he likes to intimidate. But I think at heart he’s a sweet guy. The physicality of the role all comes from the movement, like when I was a dancer as a kid.” 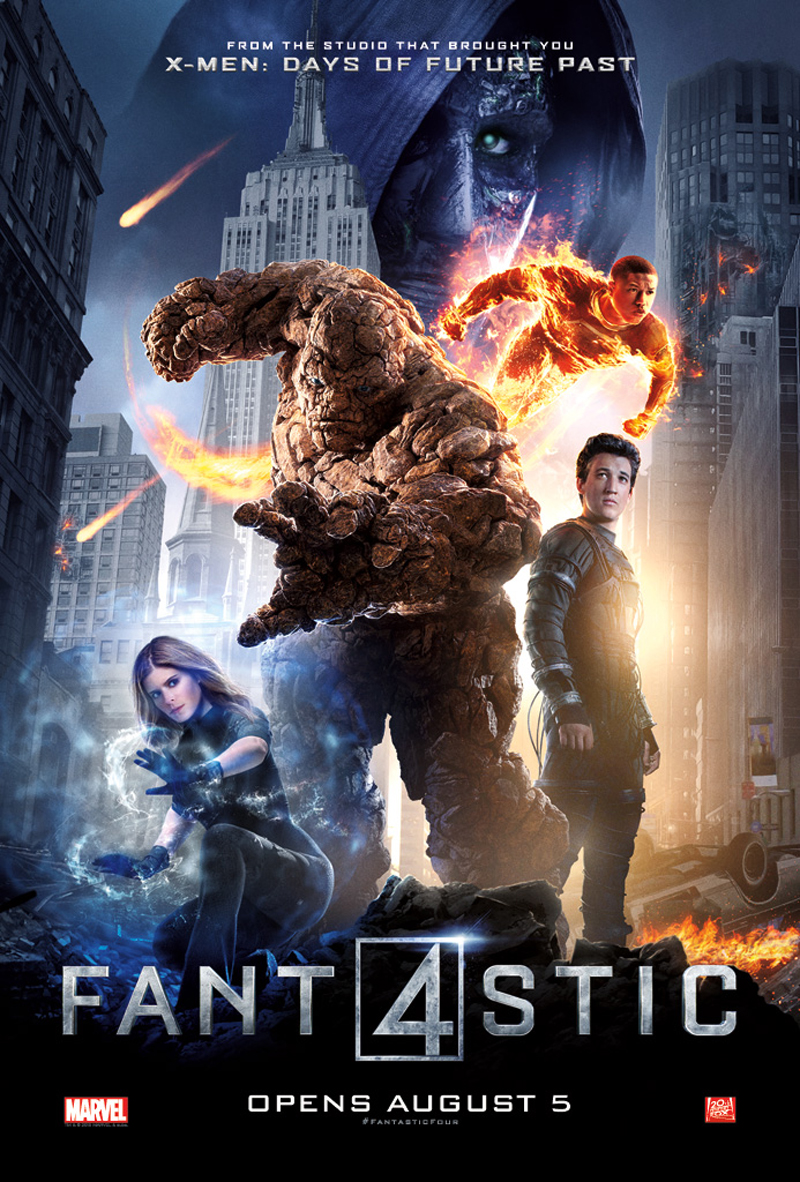 Join “Fantastic Four” as they save the world from doomsday when it opens August 5 in cinemas nationwide from 20th Century Fox to be distributed by Warner Bros. Follow 20th Century Fox (Philippines) on Facebook for relevant updates.

The Boys Are Back, Nix Dave’s Likely Wedding In “Alvin And...