Widely considered one of the greatest athletes of his generation, LeBron James’ extraordinary basketball skills and dedication to the game have won him the admiration of fans across the globe and have made him an international icon.

James plays himself who’s written in the script as the best friend of Bill Hader’s sports doctor character, Aaron. Apatow explains the logic of casting King James: “Aaron’s best friend in the world is LeBron James, and so, in the movie, whenever Aaron talks about his relationship problems, he’s talking about them with LeBron. We had an idea that, what if it just happened to be the greatest basketball player that ever lived?” 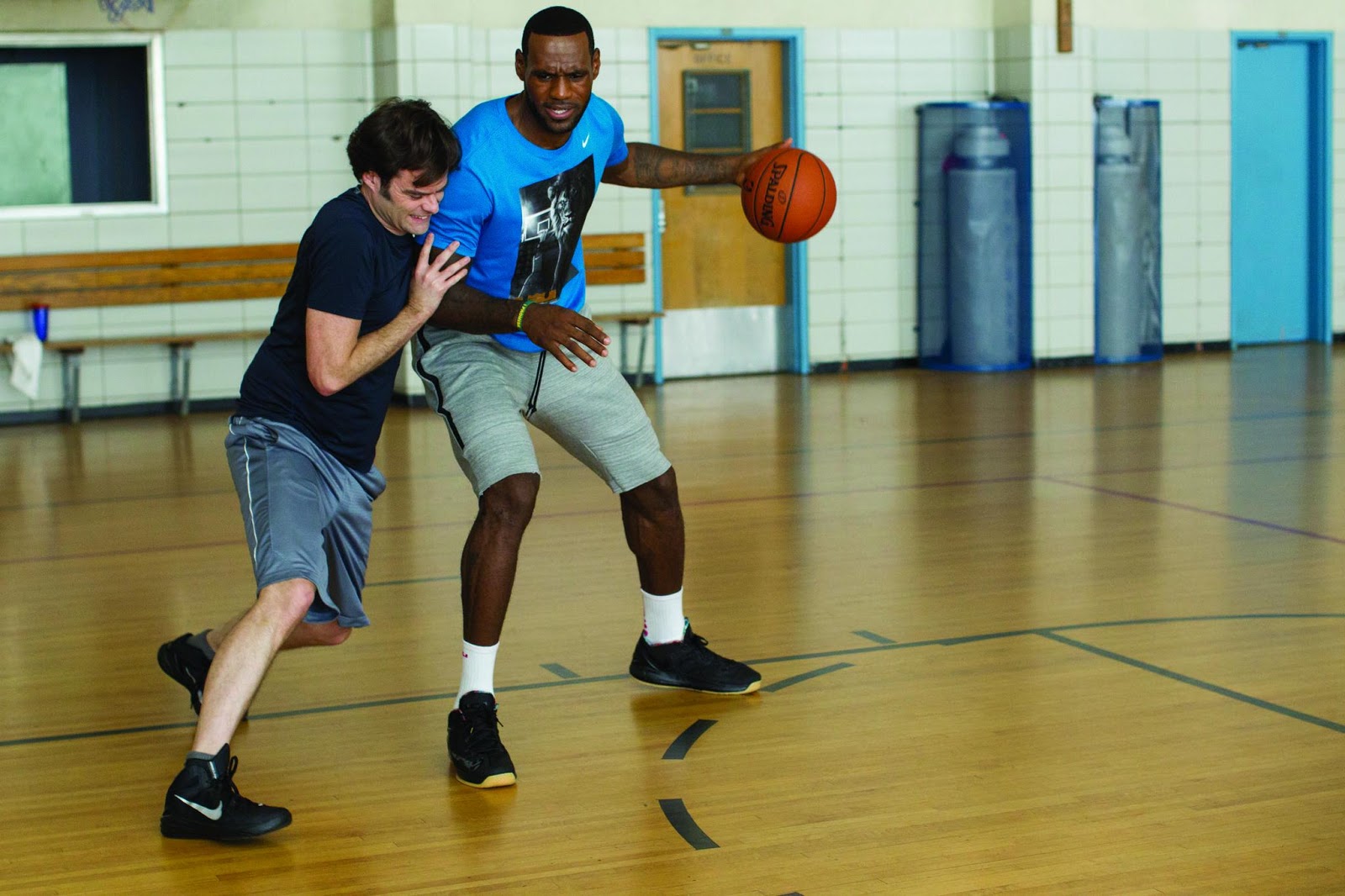 Hader had worked with James in 2007 when the basketball legend hosted the season premiere of Saturday Night Live, and accompanied Apatow to a lunch with James to discuss the part. “Bill and I went out to lunch one day with him to pitch this idea,” Apatow recalls. “He was hilarious and totally got the joke.”

Although James had never taken on such a large acting role, he was game for the challenge. “They said, ‘You’re going to play yourself, and I told them that I can do that easily,” says James. “I can just show up and say, ‘I’m LeBron. I play basketball. I can shoot some jumpers, and I can dunk.’ They said, ‘No. You’re actually going to be Bill’s best friend in the movie, and you’re going to be a love doctor who helps him patch things up with his girlfriend.’”

In the comedy, James is far too interested in Aaron’s life and his relationships. He’s always the doctor, following up and trying to understand why Aaron’s making certain decisions. Happy that Aaron has finally found a girlfriend, James is also extremely protective of his pal. Says the relatively new thespian: “Amy is a bit of a trainwreck, and she sends my best friend, Aaron, through a collision course mentally, physically, emotionally and spiritually. But you got to go through pitfalls in order to get what you want, and that’s the best part of this flick.”

The entire production assumed that it would receive nothing but professionalism from the well-respected athlete, but they had no idea he could be so, so spot-on with his comic timing. Still, it was a bit humbling to realize with whom they were working. “We had a fantastic time shooting this movie with LeBron,” adds Apatow. “It was funny, because while he was shooting every day, just in the chair next to us was the Babe Ruth of basketball.” 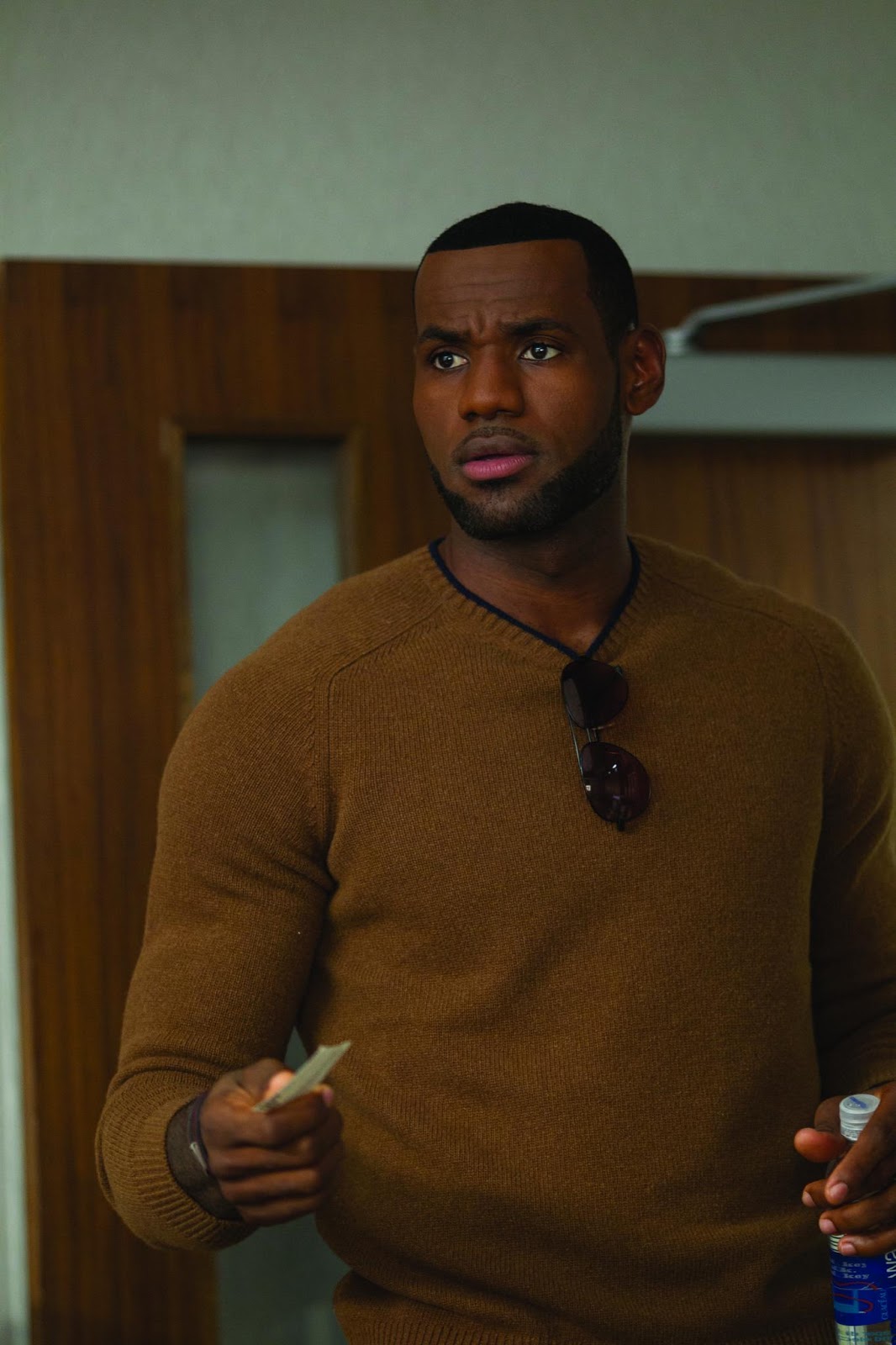 For his part, LeBron James quickly acclimated to Apatow’s shooting style. “When you get on set with Judd, it’s free-flowing,” the performer explains.

And as it turns out that Apatow and Schumer weren’t the only improv masters on set. James wasn’t about to allow a strictly choreographed and tightly framed basketball game to appear in his first feature comedy. Two buddies getting together to shoot some hoops is something quite different when your best friend is LeBron James. Hader laughs: “In one scene we play one-on-one together, which is in every romantic comedy: Two guys play one-on-one while they talk about relationships. But LeBron didn’t hold back at all. He just kicked the sh*t out of me.”

“That turned out not too well for him,” James returns. “That’s my best friend, but listen, I take no prisoners.”

In “Trainwreck,” it’s been drilled into Amy’s (Schumer) head ever since she was a little girl that monogamy isn’t realistic. Now a magazine writer, Amy lives by that credo—enjoying what she feels is an uninhibited life free from stifling, boring romantic commitment—but in actuality, she’s kind of in a rut. When she finds herself starting to fall for the subject of the new article she’s writing, a charming and successful sports doctor named Aaron Conners (Bill Hader), Amy starts to wonder if other grown-ups, including this guy who really seems to like her, might be on to something.