One of Hollywood’s most versatile and sought-after talents, Amy Poehler is perhaps best known for her starring role on the Emmy®-nominated NBC comedy series “Parks and Recreation,” which began its seventh and final season in February 2015. Her portrayal of Leslie Knope earned her a 2014 Golden Globe® Award for best actress in a TV series, musical or comedy.

In Disney-Pixar’s new adventure comedy “Inside Out,” Poehler breathes life to the emotion Joy whose goal has always been to make sure 11-year-old Riley stays happy. She is lighthearted, optimistic and determined to find the fun in every situation. Joy sees challenges in Riley’s life as opportunities, and the less happy moments as hiccups on the way back to something great. As long as Riley is happy, so is Joy.

“Joy has 33 beautiful seconds of being the only one there when Riley was born,” says Poehler. “Then Riley starts to cry and Sadness shows up. Joy realizes that she’s going to have to share Riley with all the other feelings and emotions.” 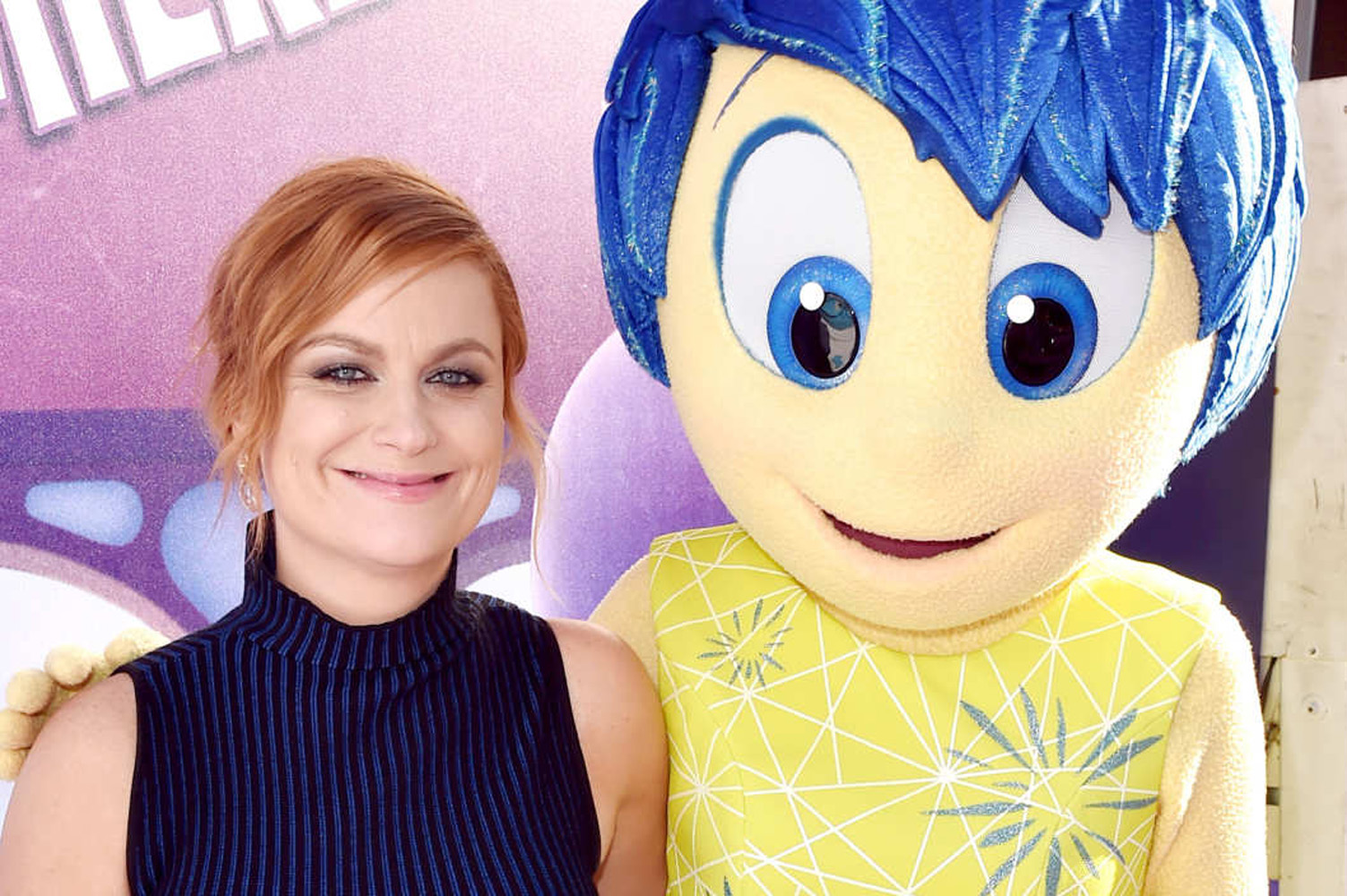 When Riley’s family relocates to a scary new city, the Emotions are on the job, eager to help guide her through the difficult transition. But when Joy and Sadness are inadvertently swept into the far reaches of Riley’s mind—taking some of her core memories with them—Fear, Anger and Disgust are left reluctantly in charge.

“I just love the crazy amount of heart that’s in this film,” adds Poehler. “In minutes you go from crying to laughing. And it just looks so incredibly beautiful. It is like a world that feels very familiar and really magical at the same time.”

According to director Pete Docter, they picked Joy as Riley’s main Emotion because they felt Riley was the kind of person who was naturally happy—minus a few bumps along the way. They also felt it mirrored that one true desire every parent has for their children. “We want our kids to be happy, enjoy life, embrace everything,” he says. “Life doesn’t always work out that wayand we have to adjust—which is a lesson for all of us, including Joy.”

With a sunny hue, Joy is lighthearted, optimistic and determined to find the fun in every situation. She sees challenges in Riley’s life as opportunities, and the less-happy moments as hiccups on the way back to something great. As long as Riley is happy, so is Joy. 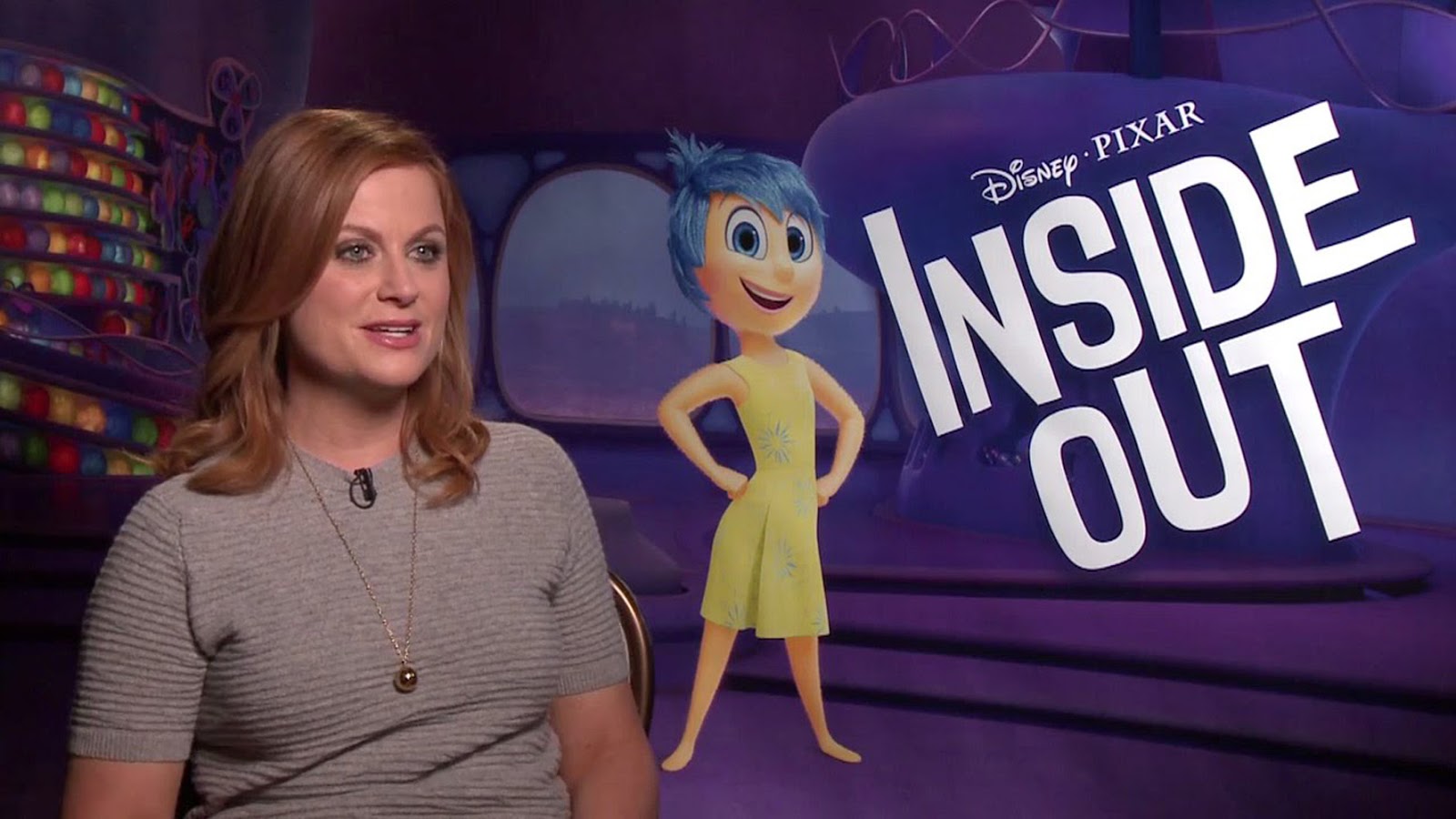 Amy Poehler was called on to help bring Joy to life. “She’s like the motor of the film: arms open, eyes open, face toward what’s next,” says Poehler of her character. “She’s just so beautiful and takes a journey—literally and emotionally. She experiences a real change, which was an exciting and cool challenge as an actor.”

According to supervising animator Shawn Krause, the introduction of Poehler as the voice of Joy helped the animation team land the character. “Pete [Docter] wanted Joy to feel grounded, athletic—a bit of a tomboy. We didn’t want Joy to be saccharine or like a cheerleader. Amy’s acting choices really informed the animator’s performance.

Krause concludes, “Joy’s high-energy, fun-loving, over-caffeinated. She bounces off the walls; she’s a trickster, but she’s not mean-spirited. She inspires happiness. She’s infectious—a big ball of energy.Once we had Amy cast, we knew how to push the animation with Joy.”