New Line Cinema’s “Vacation,” starring Ed Helms, Christina Applegate and Chris Hemsworth, has just revealed its latest poster and trailer. The latter may be viewed below.

Following in his father’s footsteps and hoping for some much-needed family bonding, a grown-up Rusty Griswold (Helms) surprises his wife, Debbie (Applegate), and their two sons with a cross-country trip back to America’s “favorite family fun park,” Walley World. 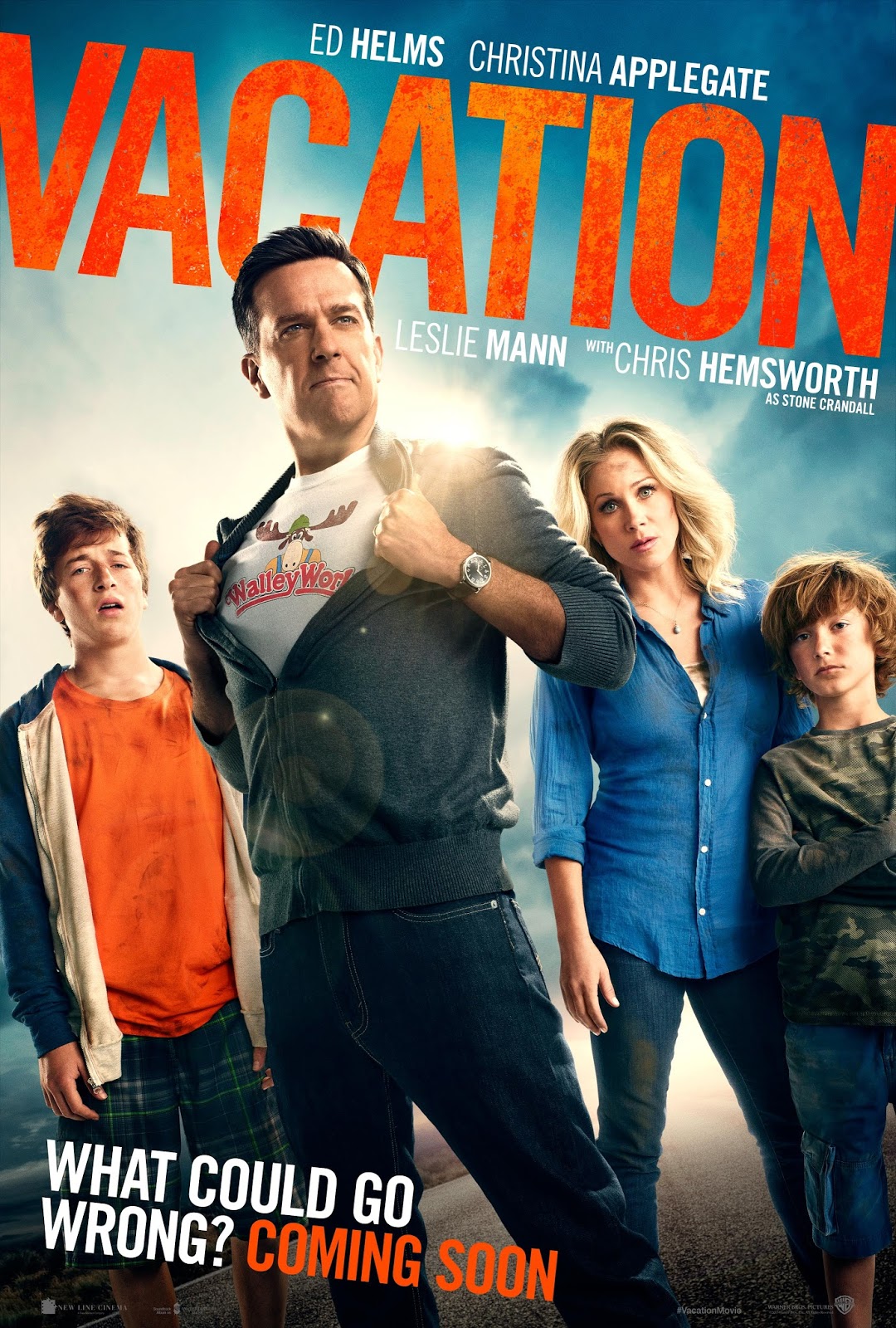 Opening across the Philippines September 02, “Vacation” is a New Line Cinema presentation and will be distributed by Warner Bros. Pictures, a Warner Bros. Entertainment company.