She has showcased her diverse talents in blockbusters from the “Twilight” series and “Spider-Man 3” to more dramatic hits, including “The Help.”

When things run smoothly in Jurassic World, it’s because of Claire; when they don’t, she’s held accountable. Deftly managing the needs of thousands of guests every day with a constant eye on the bottom line, it’s her job to make sure that the park remains exciting to sophisticated parkgoers who have seen it all.

Claire watches Jurassic World from the sanitized safety of a control booth, where she monitors all activity (human and dinosaur alike) from a safe distance. Indeed, she views the dinosaurs strictly as “assets” and has lost sight of the wonder and power they exhibit. It is only when things fall apart that Claire experiences the park from a completely different perspective: as the hunted. 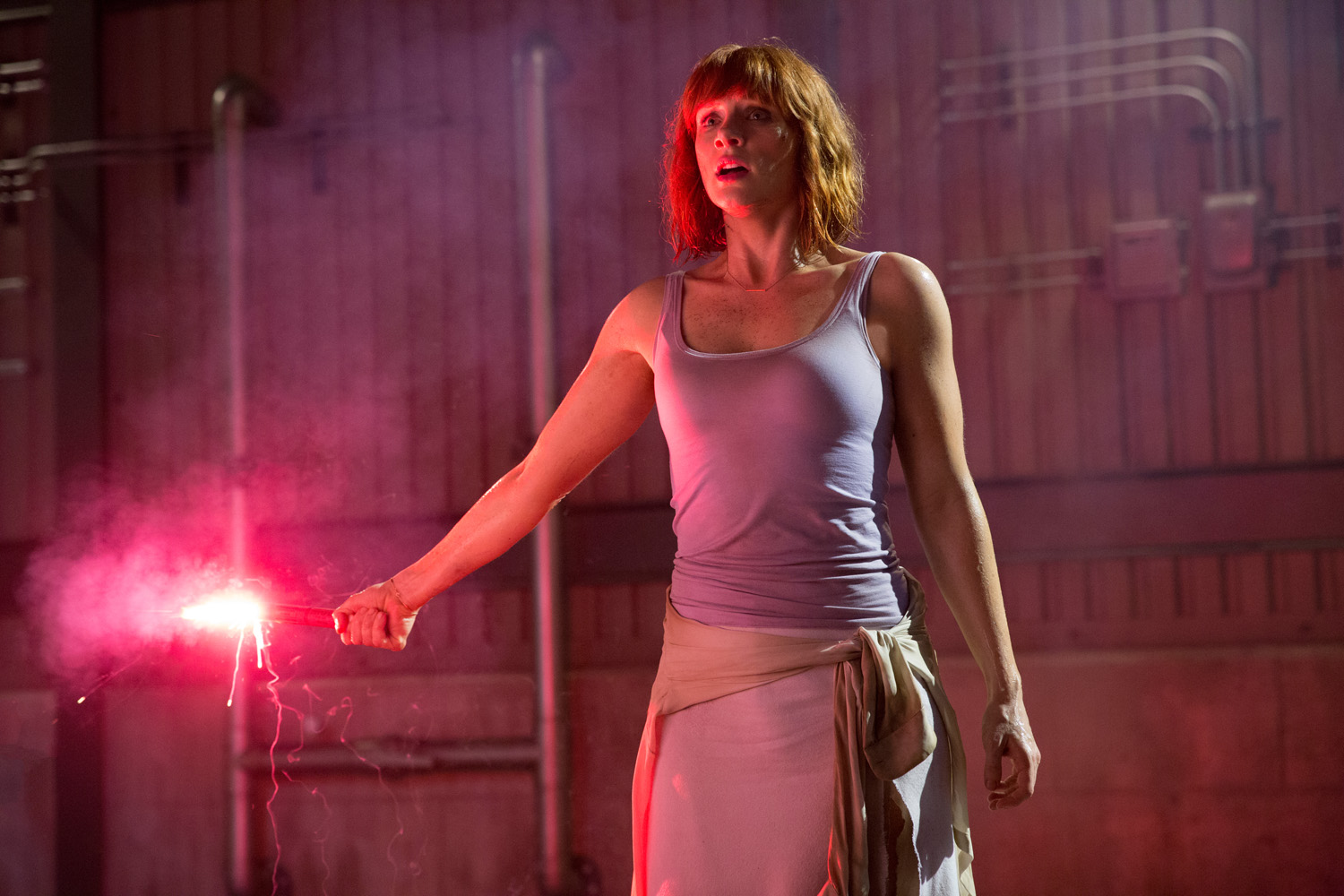 Beyond the allure of being a part of the beloved franchise, the actress appreciated the caliber of storytelling and the strong character she was tasked to portray. Relays Howard: “It is fantastic that [writer-director] Colin Trevorrow created this multifaceted, three-dimensional female character who goes through this very emotional journey within the greater context of a giant, effects-driven dinosaur movie. At the end of the day, it’s a good story well-told.”

When we first meet Claire, her personal life has taken a backseat to her responsibilities at the park and the pressures—not to mention the questionable ethical decisions—that come along with them. “Claire is responsible for the entire park and understands that at the end of the day everything needs to add up, and there are some difficult decisions and realities within that,” shares the performer. “Her journey becomes about finding her own humanity and her ability to be open and not fixated on making everything work in order to make a profit.”

Of his leading lady, Trevorrow commends: “Bryce is one of our best actors that we have. She created a woman who starts off just on the borderline of being unlikable. She takes you on the journey, and by the time you get to the end…the ending is hers. I’m so proud of what she does at the end of this movie. If you didn’t have an actor who could make you believe everything that was happening, it just wouldn’t work; it would all feel silly. Bryce is just extraordinary.” 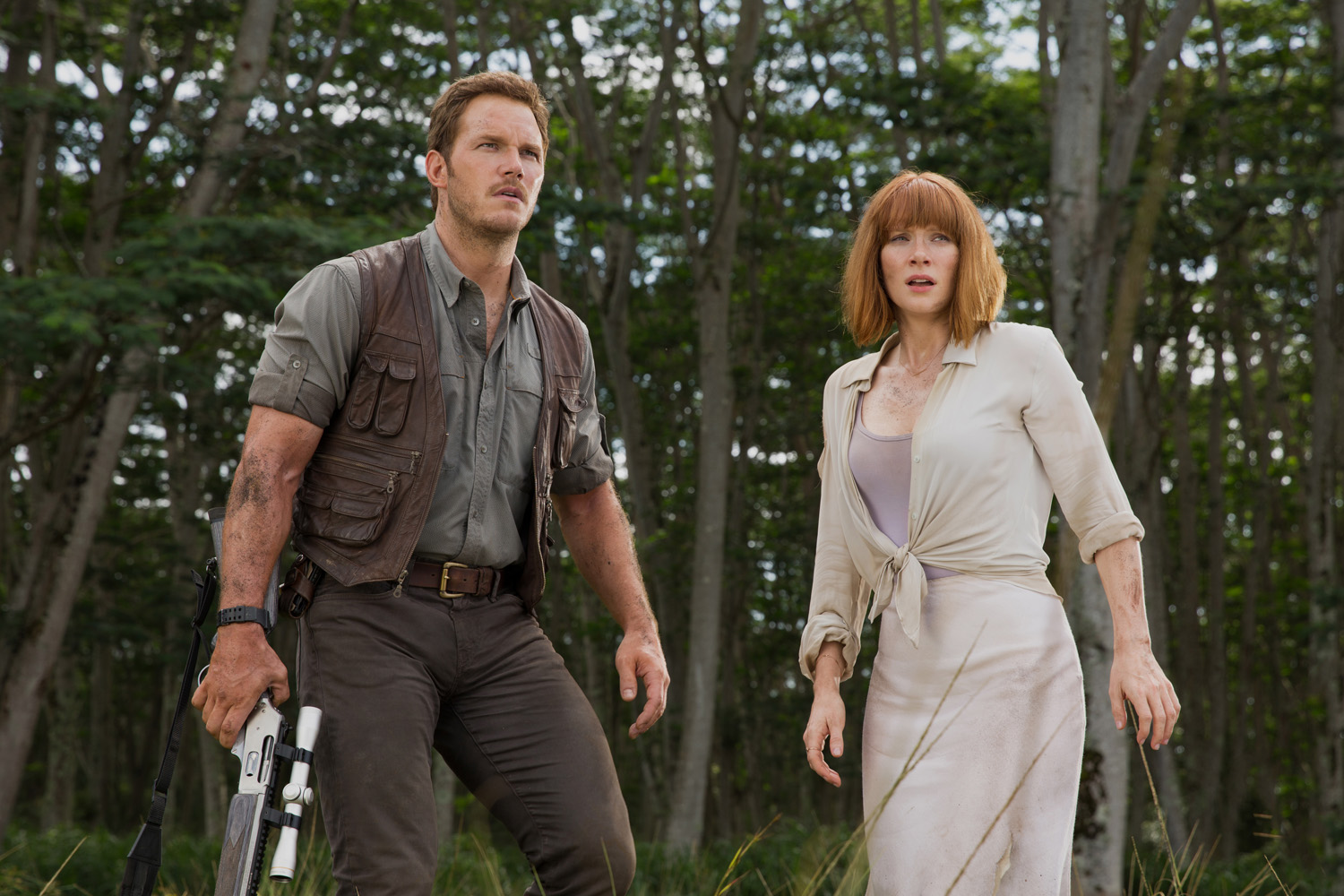 When the park’s newly developed dinosaur begins exhibiting potentially threatening intelligence, well beyond expectations, Claire is forced to seek outside assistance and reluctantly pays a visit to behavioral specialist Owen, with whom she shares a bit of history.

The chemistry between these two seemingly opposite, headstrong characters is undeniable. Explains Chris Pratt who plays Owen: “We know that something happened between these two on a date, and Owen enjoys poking fun at her because she’s wound so tight. There’s obviously an attraction between the two of them, and that fuels this conflict that’s constantly between them in these crazy circumstances.”

Howard responds to the romantic undertones and how they propelled the story line, something new to the world of the Jurassic franchise. “One of the many great things about this story is that, in the context of the chaos that has broken out in the park, they realize that they need each other and go on this journey to save her nephews, save the park and ultimately themselves,” the actress shares. “The romantic undercurrent feels very unique for a Jurassic film, and I appreciated that.”

Get Ready For The Hottest Movie Date Ever In R-18 Comedy...