ReZirb
Home Entertainment Curse Unleashes On “Day Of The Mummy” 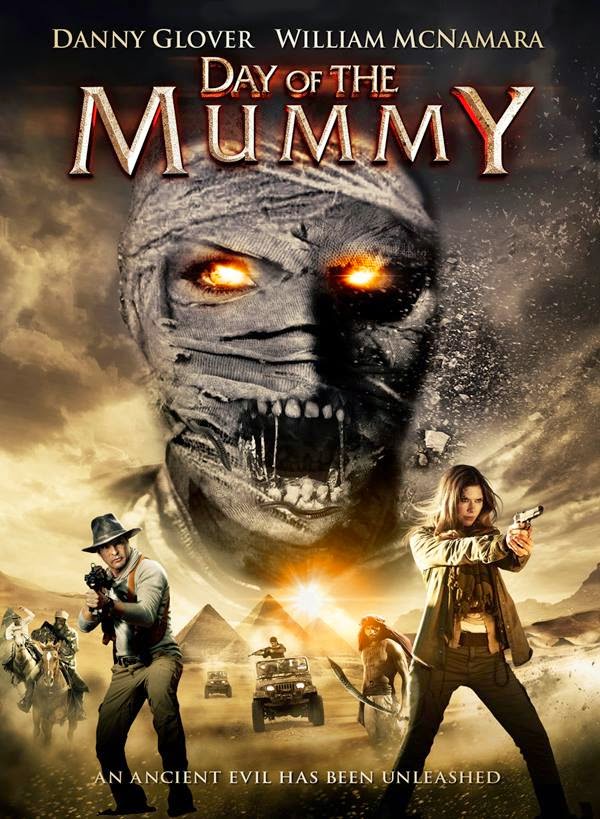 Filmed in found footage style, “Day of the Mummy” takes the viewers to Egypt, land of the Pharaohs. A place steeped in history and legend; Gods and spiritual guides; untold wealth – and the bone-cracking, blood-spilling guardians of its riches. William McNamara stars Jack Wells who has arrived in Egypt in search of the famous diamond known as The Codex Stone. His journey leads him to the tomb of the cursed King Neferu, cursed not by name but by nature. With his centuries-old slumber disturbed by timeless human greed, the King rises from the dead with a blood-lust that cannot be quenched and a raging fury that will shred flesh from bone, bringing terrible and tormented death to all who dare witness the “Day of the Mummy.”

Lead star McNamara describes the movie’s production style very creative, “I found this take on “found footage” very creative. As independent film budgets are shrinking due to economy and big studio movies-franchises mostly- monopoly on theatrical releases increase, indy filmmakers are becoming extremely creative. And with the advent of Google Glasses this concept is very realistic. I feel that the idea of bringing an audience front and center into the scenes is both jarring and exciting at the same time. Kudos to director Johhny Tabor and producer Jesse Baget and writer, Garry Charles. Interestingly enough I had worked with a horror film legend, Dario Argento, early in my career, and he too used the POV(steadicam) of the lead actor as an effect in the movie(Opera). It wasn’t the original idea but the lead actress(won’t mention her name, very famous English actress) walked off the movie and kept her large salary, so Dario couldn’t afford to replace her. He put a wig on the steadicam and shot the movie. The effect was fabulous!”

William McNamara studied at the Lee Strasberg Theatre and Film Institute and has since notched up over sixty-five film and TV appearances. One of his first roles was that of Joel in the teen movie Dream a Little Dream (1989) with Corey Feldman and Corey Haim. He followed this up with the Bette Midler film Stella (1990).

It was during the nineties, however, that William – arguably – turned out some of his best performances. He gave a great performance as Derek Wolfe Jr in the Ernest R. Dickerson manhunt thriller Surviving the Game (1994), in which he worked with a cast of talented veteran actors including F. Murray Abraham, Gary Busey, Rutger Hauer, and John C. McGinley. That same year he was again teamed with Gary Busey – and Tom Berenger – in the Navy comedy Chasers (1994), directed by Dennis Hopper. His most prized – and chilling – role, though, is that of Peter Foley the copycat serial killer in the psychological thriller Copycat (1995). The film also starred Sigourney Weaver, Dermot Mulroney, and jazz musician Harry Connick Jr.. He appeared with Andrew McCarthy and John Stockwell in Stag (1997), and made his way towards the millennium opposite Gabriel Byrne in the World War II drama The Brylcreem Boys (1998).

From Crystal Sky Multimedia, “Day of the Mummy” now in cinemas.