Facebook
Twitter
Google+
Pinterest
WhatsApp
This year’s Best Actor at the Golden Globes was recently awarded to Michael Keaton for his portrayal as an aging actor bent on pushing further his feats by starring directing in a play in the dark comedy “Birdman.”

Keaton, who also played the iconic Dark Knight in previously released blockbuster “Batman” movies, flies and dares to fight all odds to prove himself worthy of acclaim in his winning performance in the highly-lauded and celebrated “Birdman” movie.

“Birdman,” directed by Alejandro G. Iñárritu with whom he also co-wrote with Nicolás Giacobone, Alexander Dinelaris, Jr. and Armando Bo was also awarded this year’s Best Screenplay for a motion picture at the Golden Globes.

In “Birdman,” Riggan Thomson (Michael Keaton) hopes that by spearheading an ambitious new Broadway play he will, among other things, revive his moribund career. In many ways, it is a deeply foolhardy move – but the former cinema superhero has high hopes that this creative gambit will legitimize him as an artist and prove to everyone – and himself – that he is not just a Hollywood has-been.

With the play’s opening night looming, Riggan’s lead actor is injured by a freak accident during rehearsals and needs to be replaced quickly. At the suggestion of lead actress Lesley (Naomi Watts) and the urging of his best friend and producer Jake (Zach Galifianakis), Riggan reluctantly hires Mike Shiner (Edward Norton) – a loose cannon who is guaranteed to sell tickets and get the play a rave review. As he preps for the stage debut, he must deal with his girlfriend and co-star Laura (Andrea Riseborough), his fresh-from-rehab daughter and personal assistant Sam (Emma Stone), as well as his ex-wife Sylvia (Amy Ryan), who appears every so often to check-in with the intent to stabilize things. 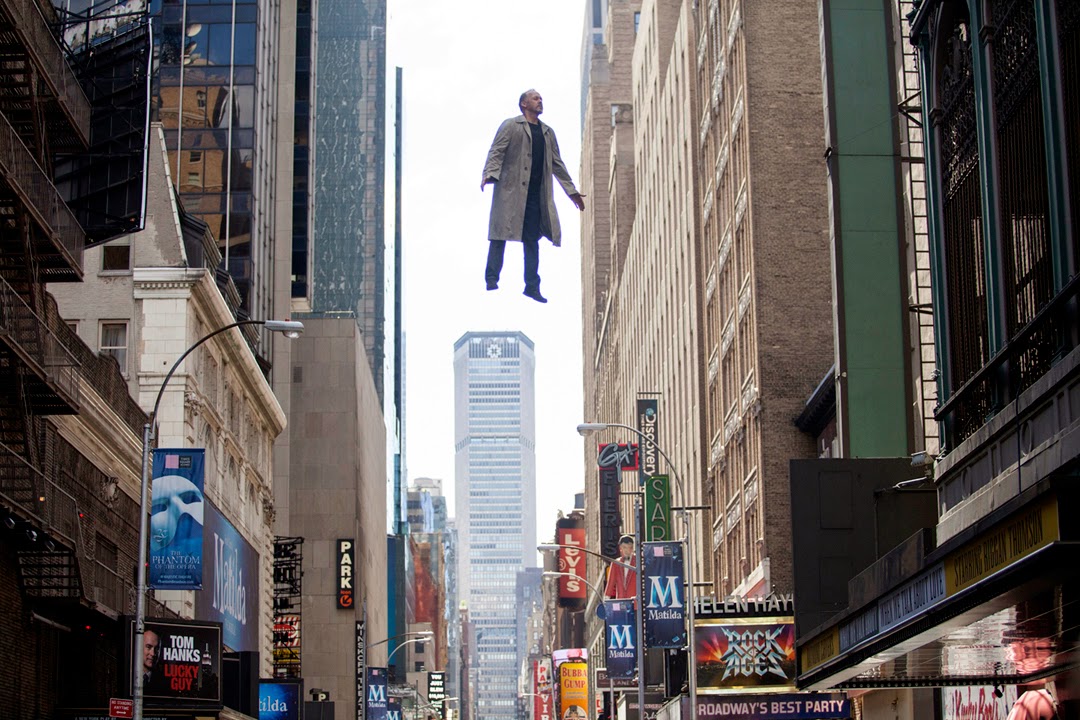 Iñárritu notes that elements of Riggan’s story resonated with him, particularly the ephemeral nature of success and the question of relevance. “I was interested in exploring the battles with the ego, the idea that no matter how successful you are, whether in money or recognition, it’s always an illusion. It’s temporary. When you are chasing the things you think you want and empower the people to validate you, when you finally get them, you soon find an impermanence in that joy.”

Keaton says of his character: “I just looked at Riggan as a person. However, being an actor – that’s a job that requires a specific type of personality. It’s already subject to extreme self-consciousness, ego, all that. And in this case, here’s a guy who has all those qualities run amok, to say the least.”

Like all of Iñárritu’s films, “Birdman” takes an acute look at the human existence as seen through the characters, anchored by Riggan, but it walks a tonal tightrope between comedy and pathos, illusion and reality, allowing for multiple interpretations.

“Birdman” opens very soon this January nationwide in cinemas from 20th Century Fox to be distributed by Warner Bros.

Britt Robertson Fights For Love In “The Longest Ride”