Penélope Cruz has proven herself to be one of the most versatile actresses by playing a variety of compelling characters, and becoming the first actress from Spain to be nominated and win for an Oscar.

Her versatility comes to the fore anew as she tries slapstick comedy with Paramount Pictures’ hilarious sequel, “Zoolander 2” in which she stars with Ben Stiller, Owen Wilson, Will Ferrell and Kristen Wiig.

In the film, not long after their fashion comeback in Rome, Derek Zoolander (Stiller) and Hansel (Wilson) are approached by Valentina Valencia (Cruz), a beautiful Special Agent with Interpol’s Global Fashion Division who recruits them to help solve an investigation surrounding an alarming list of murdered pop stars. All the murders have one glaring characteristic in common that could crack the case— a selfie at the time of their death with that look… Zoolander’s signature look BLUE STEEL. Believing there is only one person capable of interpreting that look, Valentina and her partner look to Derek to help infiltrate the world of high fashion and crack the case. 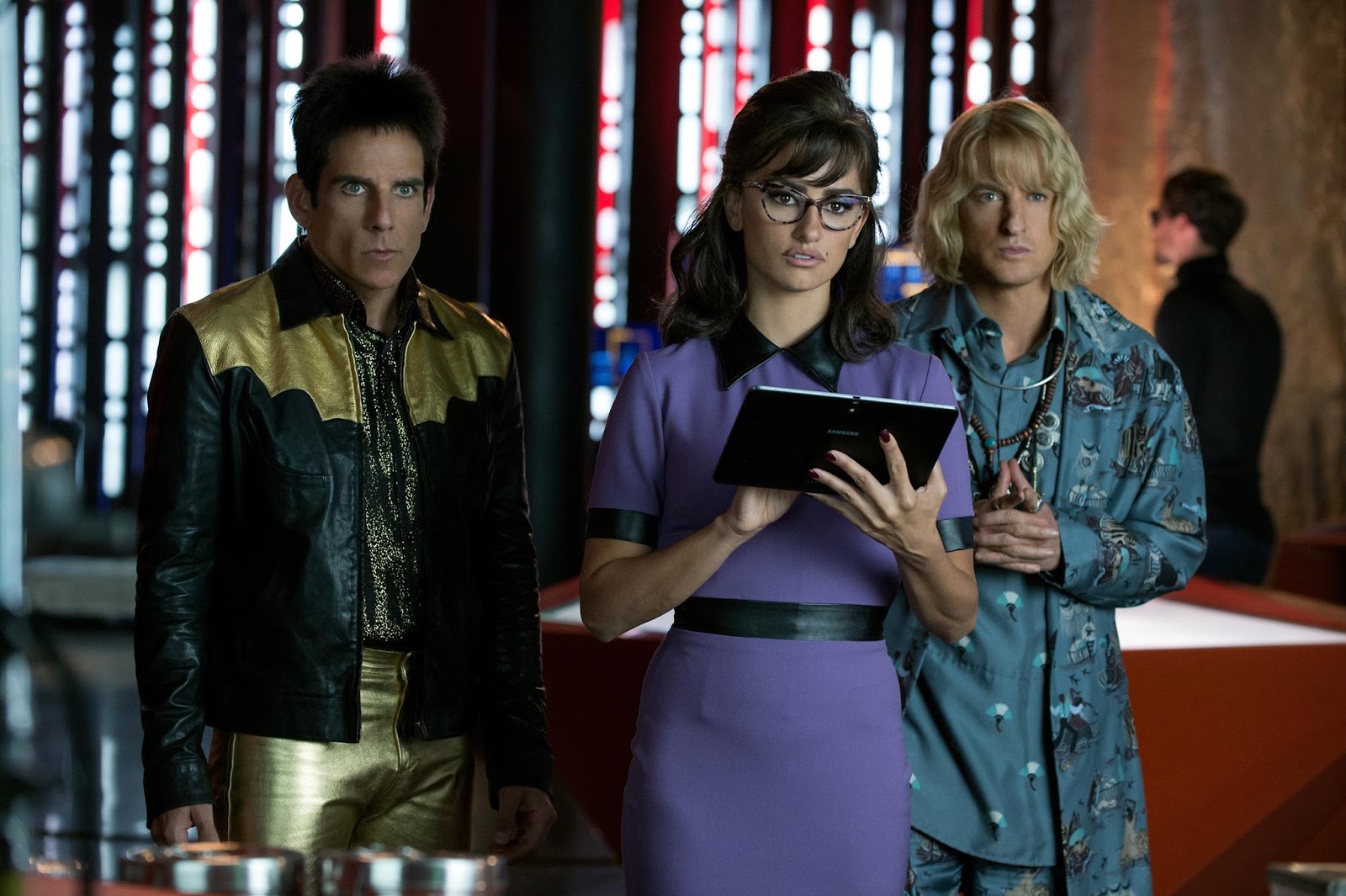 “Valentina is incredibly beautiful, a sexy Latin fashion police agent, who oozes sexuality but is all business. She just wants to figure out who’s killing these pop stars,” explains Stiller who also co-wrote and directed the film.

Throughout the writing process, Stiller had only one actress in mind for the role of the intelligent and super-sexy investigator, the incomparable Penélope Cruz. “From the beginning it was always Penélope. While we were writing, I loved imagining her saying the lines with her accent. She was one of the first people I called and she said yes very quickly. I was so happy because I couldn’t imagine anyone else doing it.”

“I got a call from Ben and when he mentioned Zoolander I asked him if he was serious because I loved the first movie so much,” recalls Cruz. “I was really excited that he wanted to make me part of this.”

Cruz was drawn to the surprising complexity of Valentina. “I like this character because she has many colors and many faces. She’s the smart and efficient one but there is also something a little bit off in her. From the beginning I had to find where exactly that note is off and how she has to be a weirdo in a parallel way to Derek,” recalls Cruz. 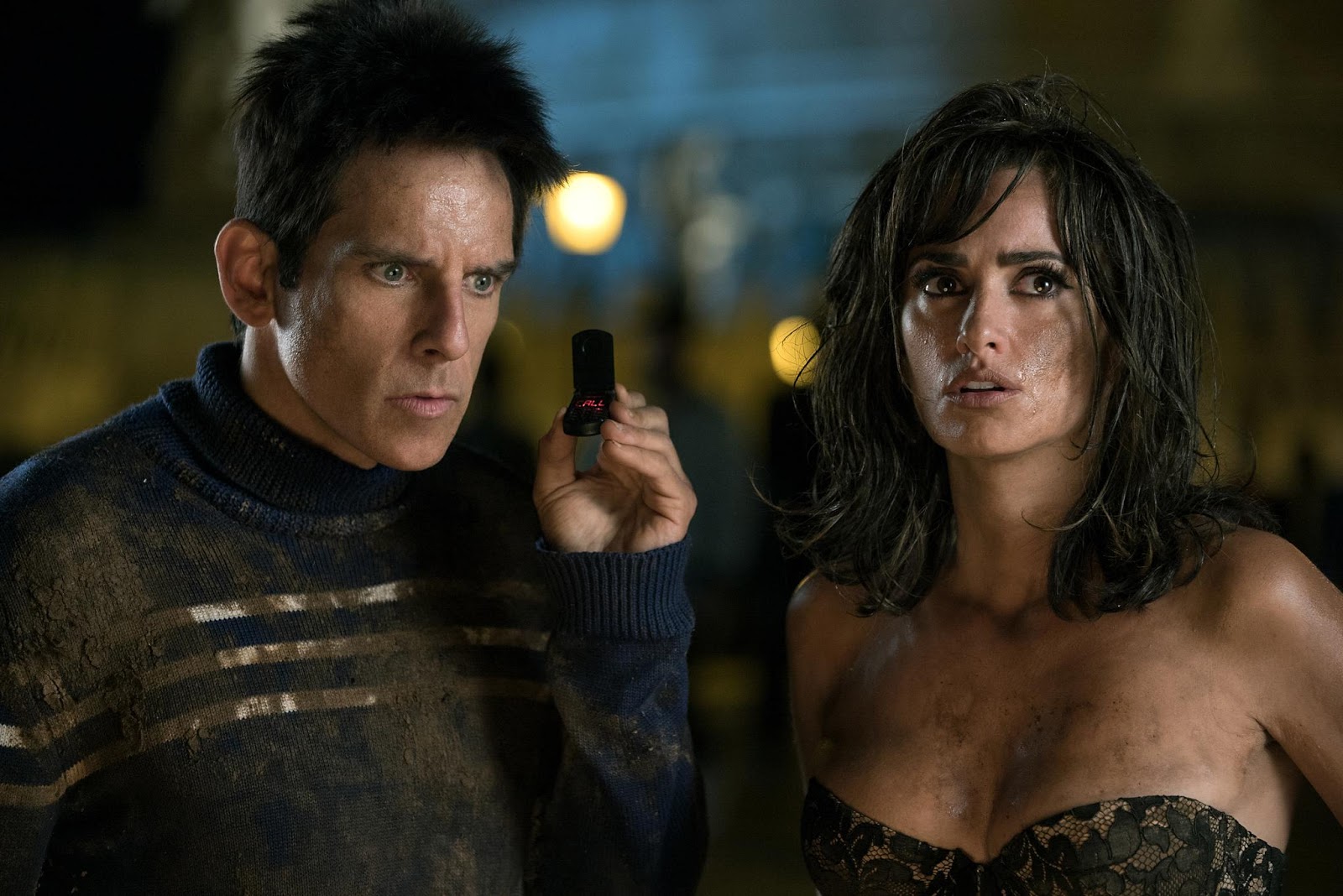 Despite the absurdity of some of the scenarios and circumstances, Penélope approached the character with extreme focus and heft, which complemented Derek’s light-hearted and dim-witted nature. “Penélope took it very seriously and really cared about Valentina’s backstory and where she was coming from. She consistently asked herself what would Valentina be thinking in this scene and how does she relate to Derek? I loved that, because in a movie with an absurd tone, the more the actor takes it seriously, the more the audience can invest in the reality of the movie,” comments Stiller.
For Penélope Cruz’s Valentina, the comedy of her character was found in the unintentional inherent sexiness of the serious Interpol agent. Whether it’s a corset worn underneath her clothes in case she happens to have to power-swim off a remote island, or a skin-tight fire-engine red moto suit that perfectly matches her red motorcycle, Valentina is always dressed for whatever the investigation calls for and looks good while doing it.

The different outfits give Valentina the classic spy look with a sexy edge, taking advantage of Penélope’s natural beauty and ability to wear clothes extremely well. “With Penélope’s character we wanted to play up the whole ‘60’s Italian Sophia Loren and Bridgette Bardot iconic images of sexy and beautiful Italian women, while playing up the comedy of a character who doesn’t know she’s so sexy. It was really fun to find the balance between Valentina being quite serious and quite seriously fantastic, and Penélope is so stunning and wears clothes so well,” says costume designer Leesa Evans.

“These characters take themselves too seriously which is important for the rhythm and comedy of this film because everything is outrageous. But what Leesa has created is so unique and special. Some of the looks are so over the top they almost hurt your eyes, there is so much beauty in every piece she’s created,” concludes Cruz.