Golden Globe®-winning actress Emily Blunt’s transformative ability and versatile performances make her one of the most in demand actresses of today. Blunt rose to international prominence with her outstanding performances in films such as “The Devil Wears Prada,” “Looper” and “The Edge of Tomorrow.”

“My character has a desperate yearning for a child,” Blunt says. “Because of the curse that has been placed on her family, she must venture into the Woods to secure a list of items given to them by the Witch, so she becomes this tenacious and determined character who is willing to go to any lengths to get what she wants.”

She continues, “Eventually we see her unravelling. She is innately a good person, but gets swept up by the Woods and their potential.”

When director Rob Marshall first approached Blunt about the film, he told her that he was not looking for a singer, but for an actress, so she went to the audition and sang “Moments in the Woods,” which is the Baker’s Wife’s big number, and got the part. She says, “From there I took singing lessons, which helped a lot, but at the end of the day I kept coming back to the idea that they really wanted me to act in the musical numbers. It was a little terrifying when we first had to sing in front of everyone, but we all knew immediately that we were all in the same position.” 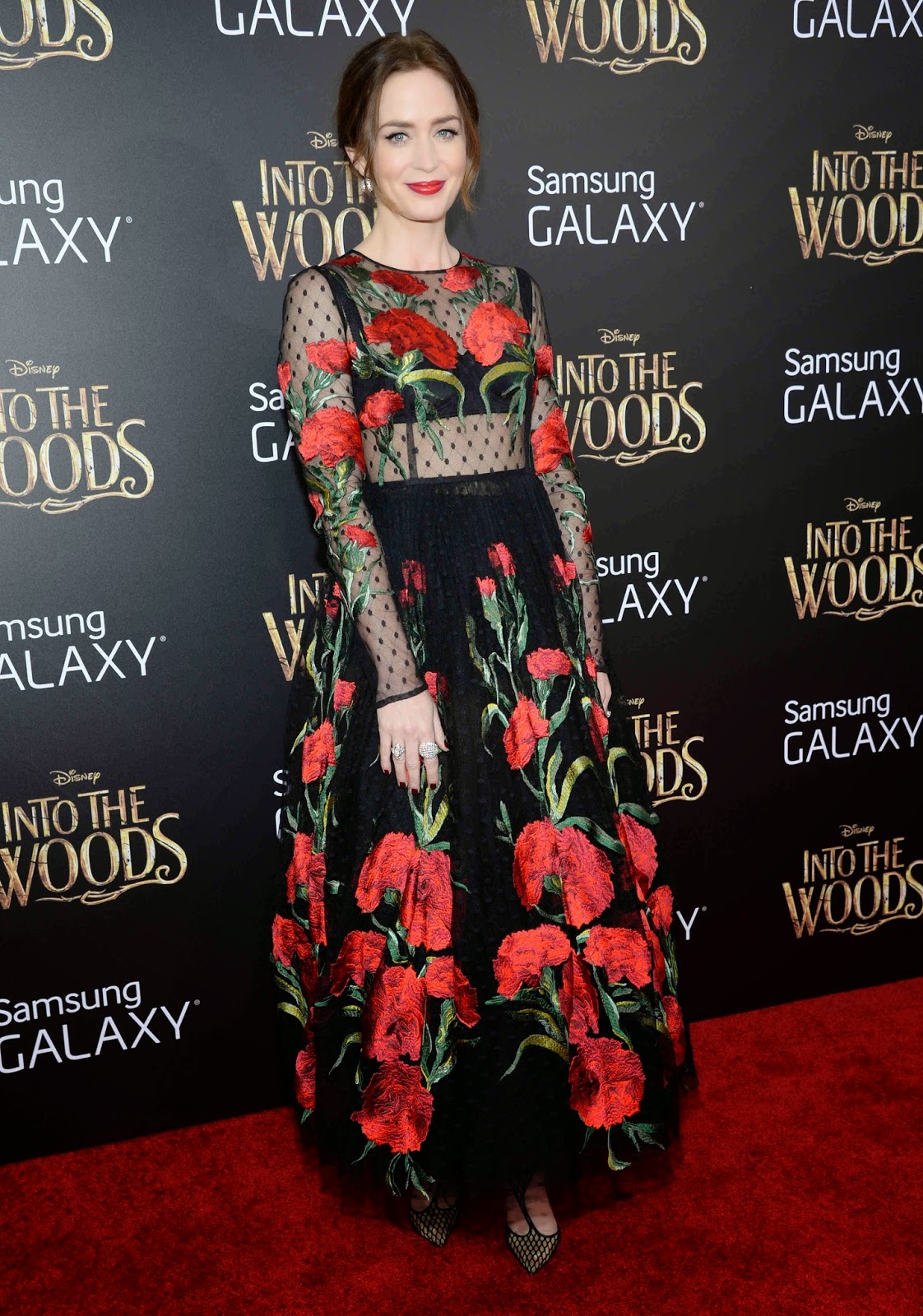 Marshall had always thought Blunt would be perfect as the Baker’s Wife, but didn’t have an inkling as to her talent as a singer. “When she came in and sang, I couldn’t believe it,” he says. “By the end of the song I literally found myself crying because I was so happy that someone had all the ingredients required for the Baker’s Wife.”

Composer Stephen Sondheim wrote the song “Moments in the Woods” for the Baker’s Wife as a vehicle for the character to express her desire for romance. He explains, “Screenwriter James Lapine had this nice idea of having the Baker’s story intertwined with Cinderella’s story, and by the end of the song, she comes to terms with how important her life with the Baker is, though it is just as a Baker’s Wife, whereas she could be dallying with a Prince. She understands the difference between the two.”

“The most exciting part for me was recording it with Stephen Sondheim and the specific notes he gave us about how he likes his lyrics to be sung,” says Blunt. “So for someone like me who does not consider themself a singer, it was really reassuring to have Stephen come in and tell us to not worry about making it sound pretty, but to make it sound real. I think he really likes having actors who can kind of sing rather than singers who can kind of act, so it was just exciting and bizarrely wonderful.”
“This is probably one of the most human of all of Stephen Sondheim’s musicals,” continues Blunt, “and I like the fact that it challenges you to think. The majority of the songs we see in musicals have a rather simplistic outlook, whereas Stephen Sondheim’s songs are more like monologues or conversations in that they don’t sound too perfect or too lyrical or too melodic.” 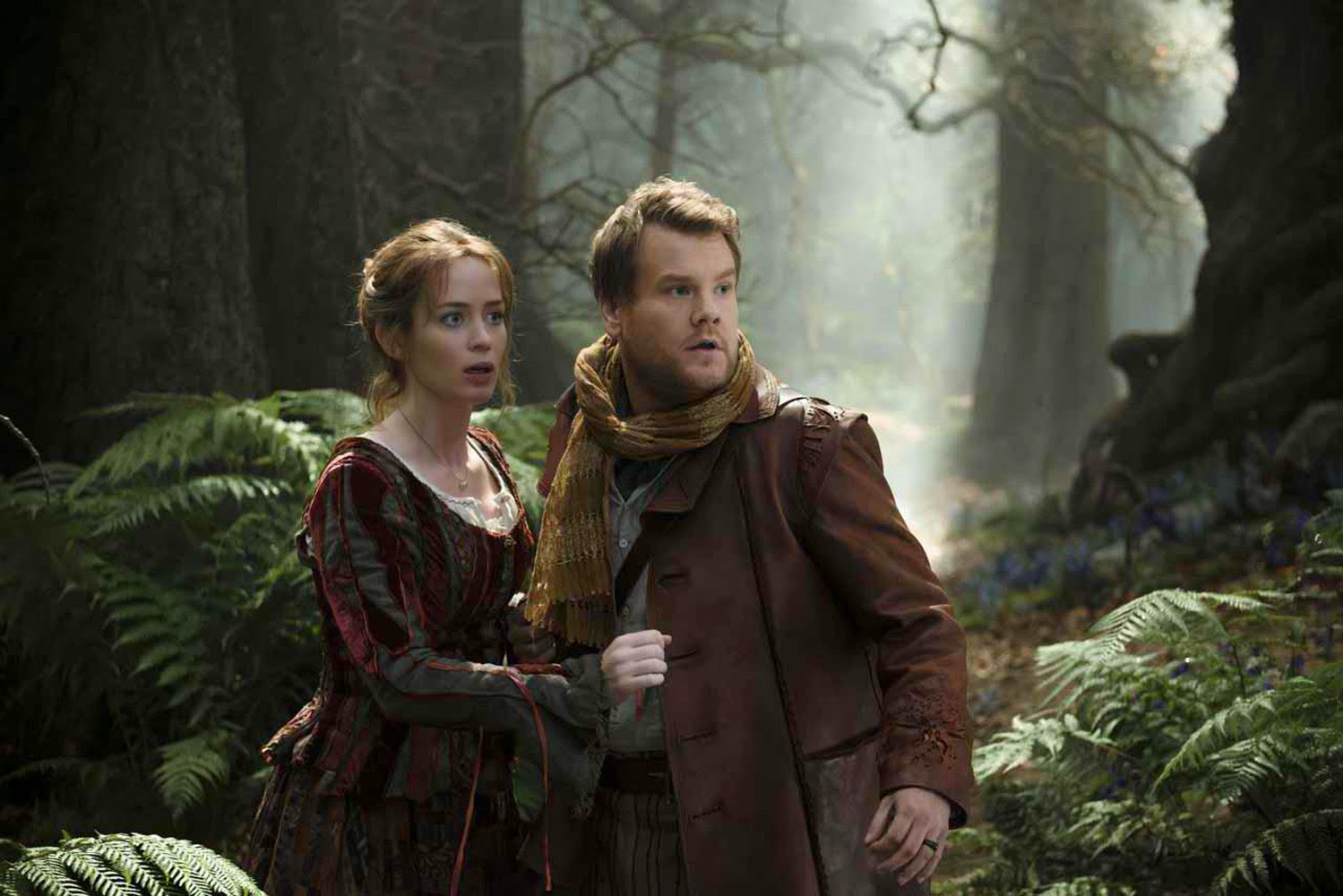 For Blunt, the song“No One is Alone” made her cry when she first heard it, particularly given the circumstances of her character. “I think it’s a song that speaks to a lot of people who’ve lost somebody that they love and they don’t know how to move forward,” she concludes.

Opening across the Philippines on Jan. 28, “Into the Woods” is distributed by Walt Disney Studios Motion Pictures International through Columbia Pictures.