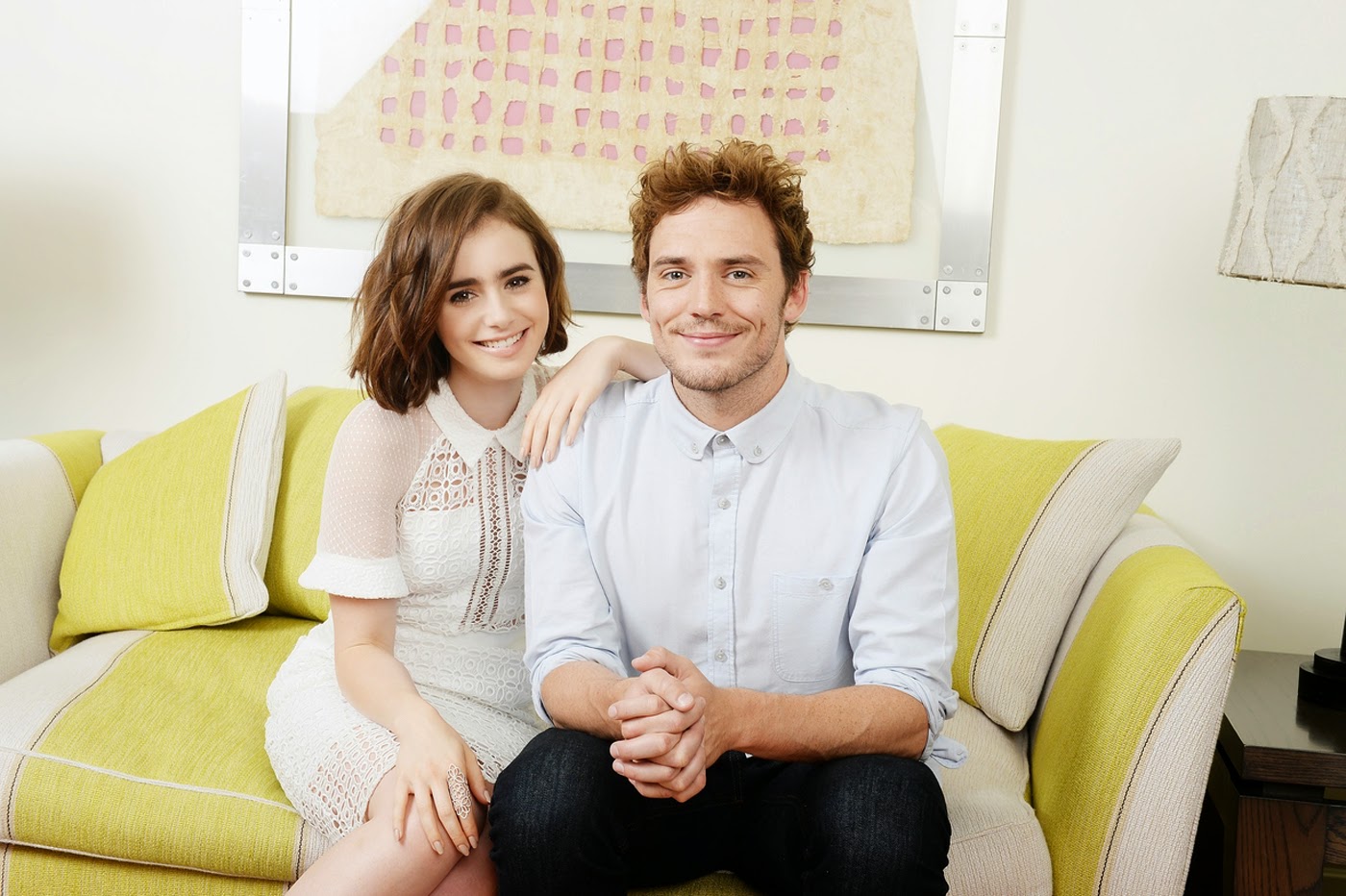 “Choosing the person you want to share your life with is one of the most important decisions any of us makes, ever. Because when it’s wrong, it turns your life to grey, and sometimes you don’t even notice until you wake up one morning and realize years have gone by… Sometimes you don’t see that the best thing that’s ever happened to you is sitting there, right under your nose…” Lily Collins’ character, Rosie says in her latest romantic comedy, “Love, Rosie” starring opposite “The Hunger Games’” Sam Claflin.

Based on Cecelia Ahern’s bestselling novel, “Where Rainbows End,” “Love, Rosie” is a sassy, heart-warming, and utterly modern comedy-of-errors tale. Director Christian Ditter adapts to film “Love, Rosie” where Lily Collins and Sam Claflin star as Rosie and Alex, childhood friends seemingly destined to be together, yet a couple which fate itself seems determined to keep apart. The film paints a rich and textured canvas of a complicated yet lifelong bond between Rosie and Alex, beginning in their childhood, spanning a trans-Atlantic separation, and enduring ups and downs of romantic liaisons with everyone but each other resulting in some bittersweet consequences.

“The story is about two people who really have a deep love for each other, but are constantly being pulled apart,” explains acclaimed Irish author, Cecelia Ahern, whose novel, “Where Rainbows End”, was the source material for the film. “I wrote “Where Rainbows End” a couple of months after I had finished “P.S. I Love You,” she says of the follow-up to her first novel, written when she was only 21 years old.

“How do you adapt a book that’s all texts and emails,” says filmmaker Brooks of one of the project’s biggest challenges – the novel’s epistolary structure, composed around the emails, letters and text messages which Alex and Rosie exchange. “How do you make that into a movie?” Around the same time, Hollywood producer Robert Kulzer of Constantin Film, found himself in a bookstore back in his native Germany – a country, notably, where the Irish author has one of her most loyal followings.

To adapt Ahern’s novel to the screen, Kulzer and Brooks turned to the British screenwriter Juliette Towhidi, whose credits include the 2003 award-winning hit comedy, Calendar Girls, with Helen Mirren and Julie Walters. “She was like a detective,” says Kulzer of Towhidi’s process of adapting Ahern’s unconventional novel. “She was extracting plot and story points, creating her own world around these episodes that Cecilia had created in her novel.”

Still, most crucial to the film’s overall success, would be the actor’s cast in the two leading roles – Rosie and Alex – best friends destined to be something more who’ve never managed to get their act together. Finding the perfect actors to portray them on screen would prove a simpler proposition, however, with the casting of Lily Collins and Sam Claflin – the filmmakers’ first and only choices for the roles. Amongst the bright young faces in the Love, Rosie cast are: Jaime Winstone (daughter of British actor, Ray Winstone), here playing Rosie’s friend and confidante, Ruby; London fashion model Suki Waterhouse (Pusher), marking her second feature film role as Rosie’s rival, Bethany; rising star Tamsin Egerton (The Look of Love) as Sally, and Christian Cooke (“Magic City”) as Greg, a local who takes more than a casual interest in Rosie.

“Jaime, Tamsin, Suki – all of them; I think we got lucky,” says producer, Simon Brooks of the ensemble. “The movie is fresh, kind of hip and cool and we got a cast that is young, fresh, hip and cool.”