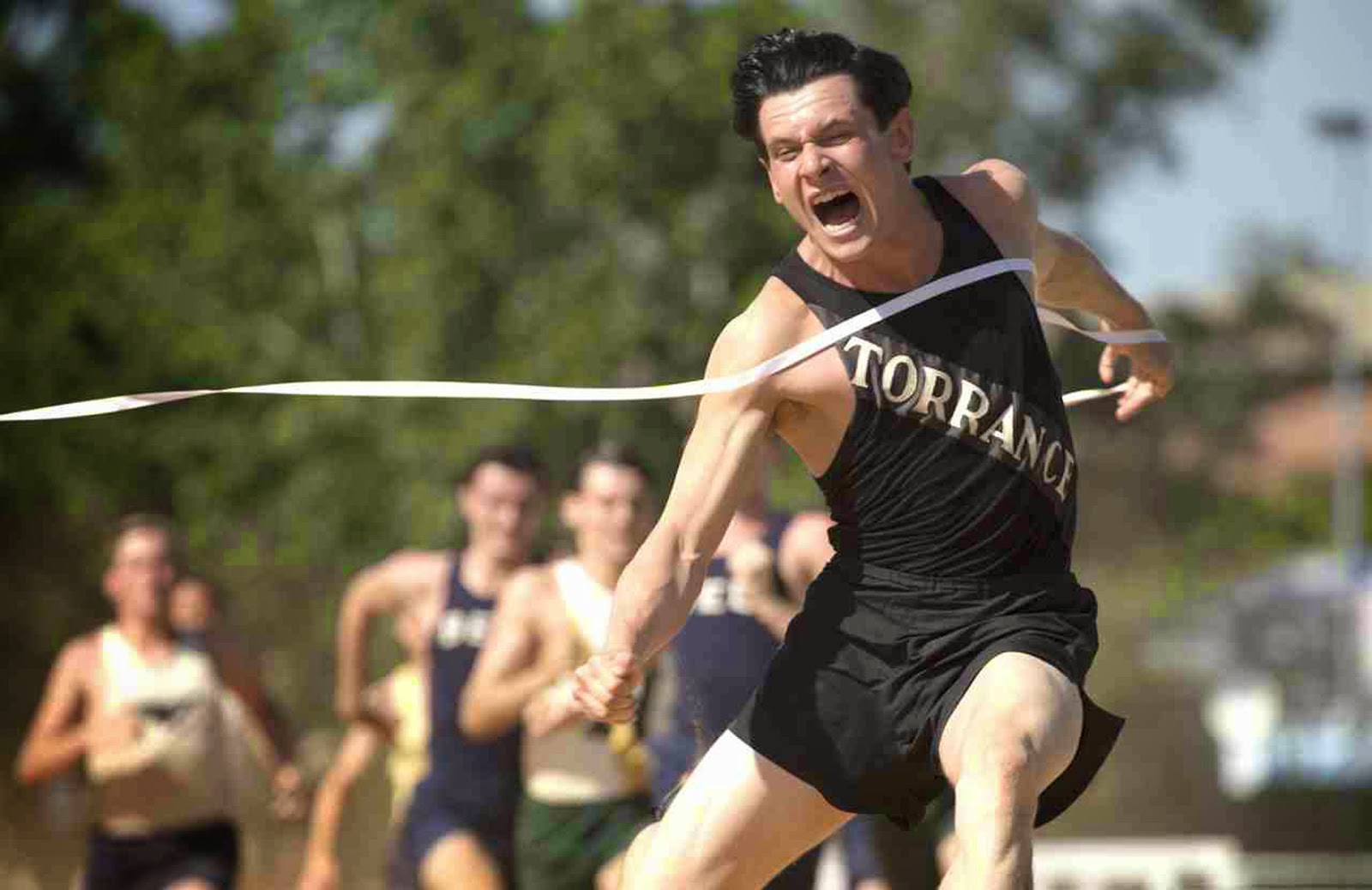 He received wide acclaim as the tenacious young Greek soldier in the global box-office hit “300: Rise of an Empire.” Now, Jack O’Connell gets his biggest breakthrough role as the Olympian and World War II hero Louis Zamperini in the Angelina Jolie-directed epic drama, “Unbroken.”

Adapted from Laura Hillenbrand’s (“Seabiscuit: An American Legend”) enormously popular book, “Unbroken” brings to the big screen Louie Zamperini’s unbelievable and inspiring true story about triumph over tribulation and the resilient power of the human spirit.

First and foremost among the casting challenges facing Jolie was discovering the film’s Louie. Who would be able to embody all of the elements required of a young actor to play this extraordinary man? “It was such a very difficult task,” Jolie recounts. “We had to find somebody who not only had a physical resemblance to Louie, but someone the audience would want to go on this journey with…someone who looked like he belonged in the period of the movie and didn’t look too modern.

“He also had to be someone you would believe as an Olympic athlete, someone who could survive a plane crash and the most intense deprivation, first adrift in the ocean in a raft for 47 days and then, for the remainder of the war, endure physical and mental abuse in several Japanese POW camps,” the director continues. “We had to have someone who’d be able to do all these things physically and also have a strong spirit.”

It was a daunting process, she admits. Lightning did strike, however, in the person of Jack O’Connell, a then 23-year-old British actor who made a deep impression on all involved. O’Connell made his feature debut in the feted British independent film “This Is England,” appearing subsequently in several other low-budget features. He gained prominence with the U.K. television drama “Skins” and was last seen in fearless performances in the prison drama “Starred Up” and the action-adventure “300: Rise of an Empire.”

“At the end of his audition, when I heard his real accent, I was intrigued,” recounts Jolie. “Then I saw footage of some of the work he’d recently done and I saw this fire, a sense of someone who could understand the greater meaning of the film. When I finally met Jack, I couldn’t stop smiling because there was something about the way he carried himself, and the way he talked about his life and his family, that connected to Louie and the story. I could see that he was a fighter. I knew at 23 it might be difficult for Jack to understand and bring to life the universal themes of the story—the level of sensitivity required to understand love, loyalty, faith and forgiveness doesn’t always come with a fighter. But the more we spoke, I saw that Jack understood the themes of the story and would love and respect Louie.”

For his part, the performer was certain that he was the man for the job. “I felt so excited and honored when I heard about the film and asked to audition,” O’Connell relays. “I was absolutely astounded when I learned I had won the part. It is definitely the biggest honor of my life to be able to portray someone whom I have, hand on heart, no guilt in calling a legend. There’s no doubt it was a big, big challenge. It’s difficult to comprehend the physical and mental endurance of this man, let alone have to portray it.”

O’Connell dived into his preparations, immersing himself in Louie’s life and Hillenbrand’s book, listening to period-specific music and watching films from the era, the very first steps in what would be an unforgettable, life-changing journey.