Paramount Pictures and Nickelodeon Movies have just shared the character posters of the comedy adventure “SpongeBob: Sponge Out of Water.” 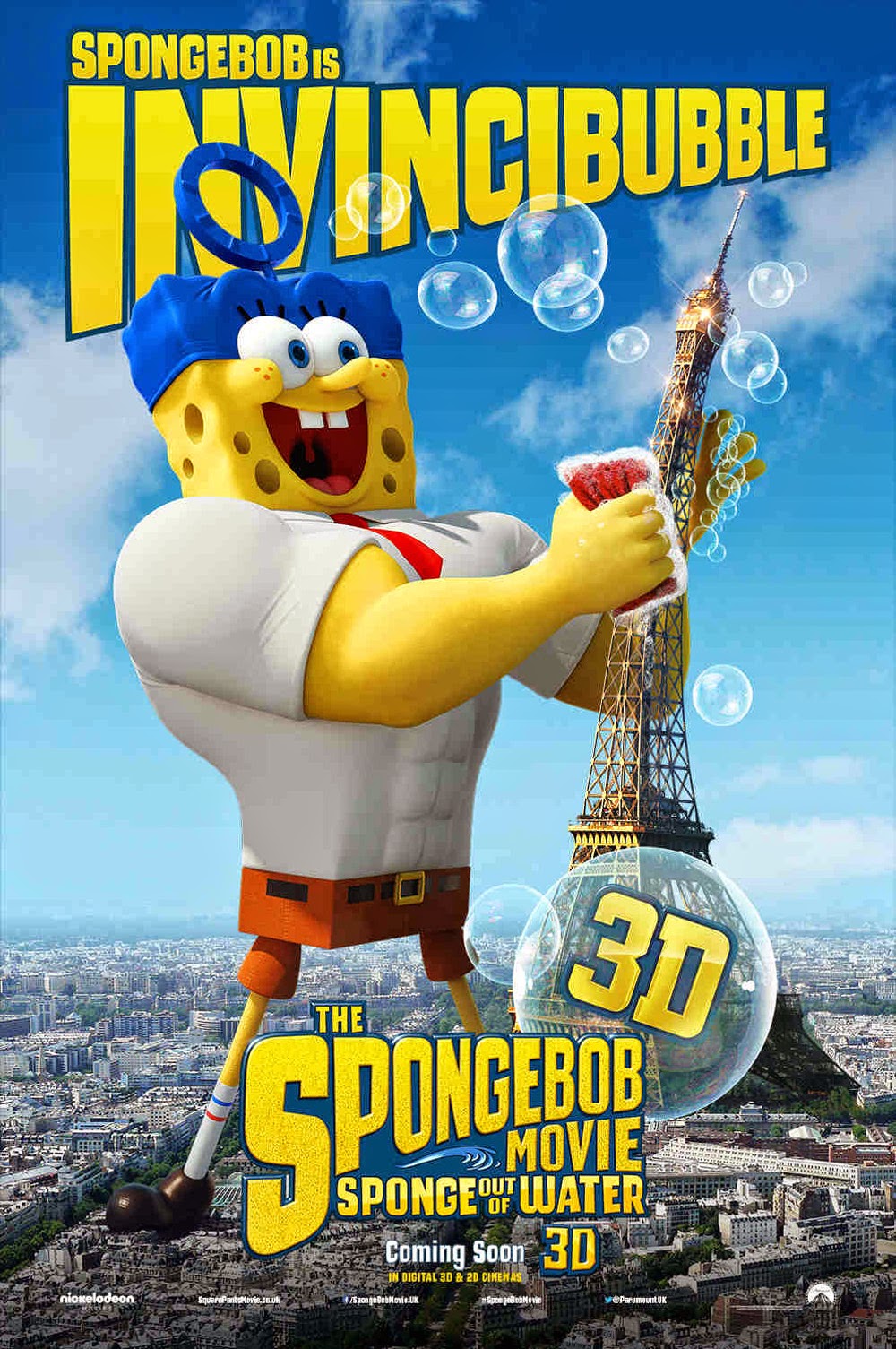 The upcoming sequel takes the animated characters into the live-action realm and turns them into superheroes, and these posters provide the names of their alter-egos: SpongeBob is Invincibubble, Patrick is Mr. Superawesomeness, Squidward is Sour Note, Mr. Krabs is Sir Pinch-A-Lot and Plankton is, well, Plank-Ton.

In the film, SpongeBob SquarePants, the world’s favorite sea dwelling invertebrate, comes ashore to our world for his most super-heroic adventure yet. 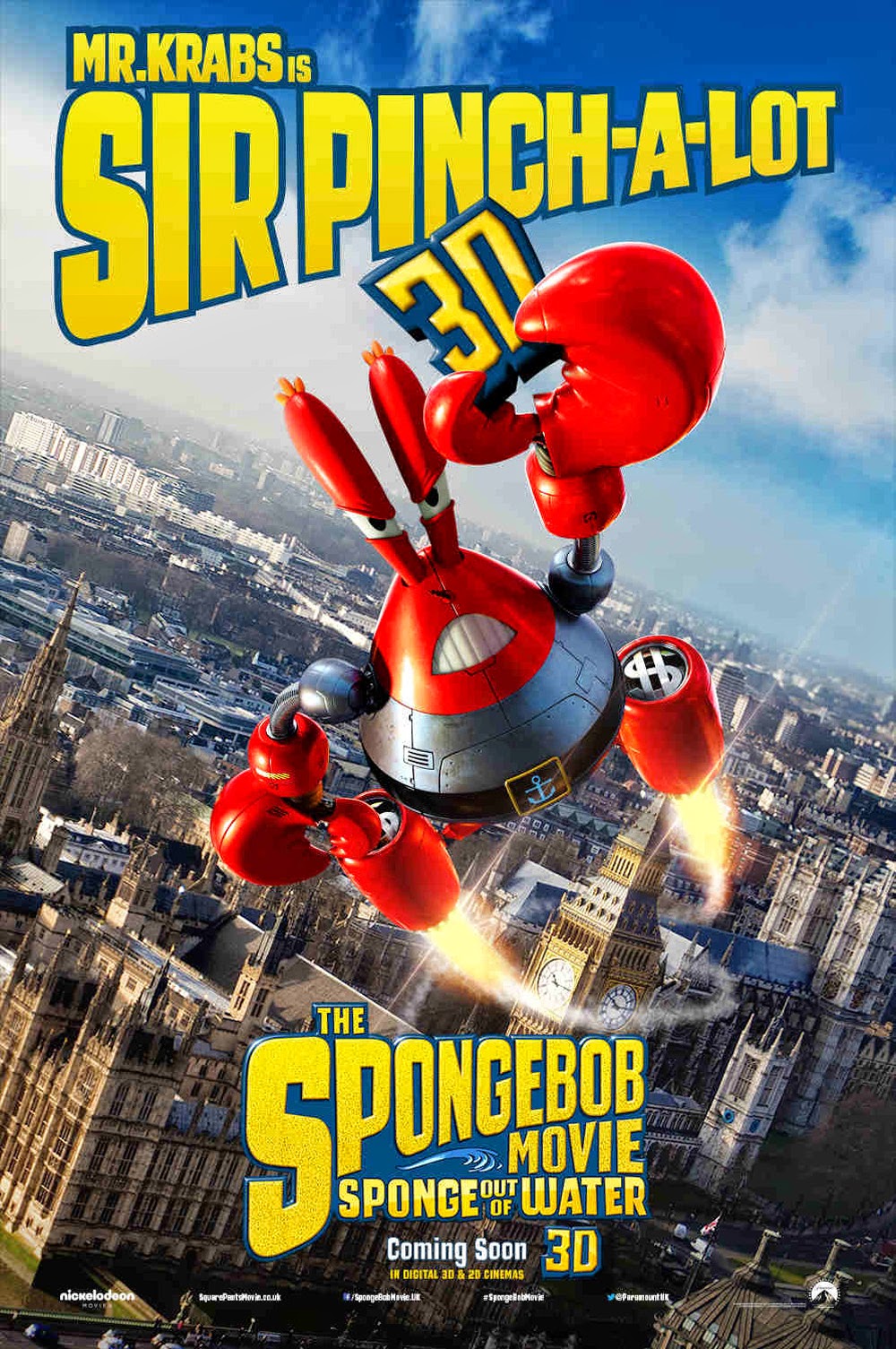 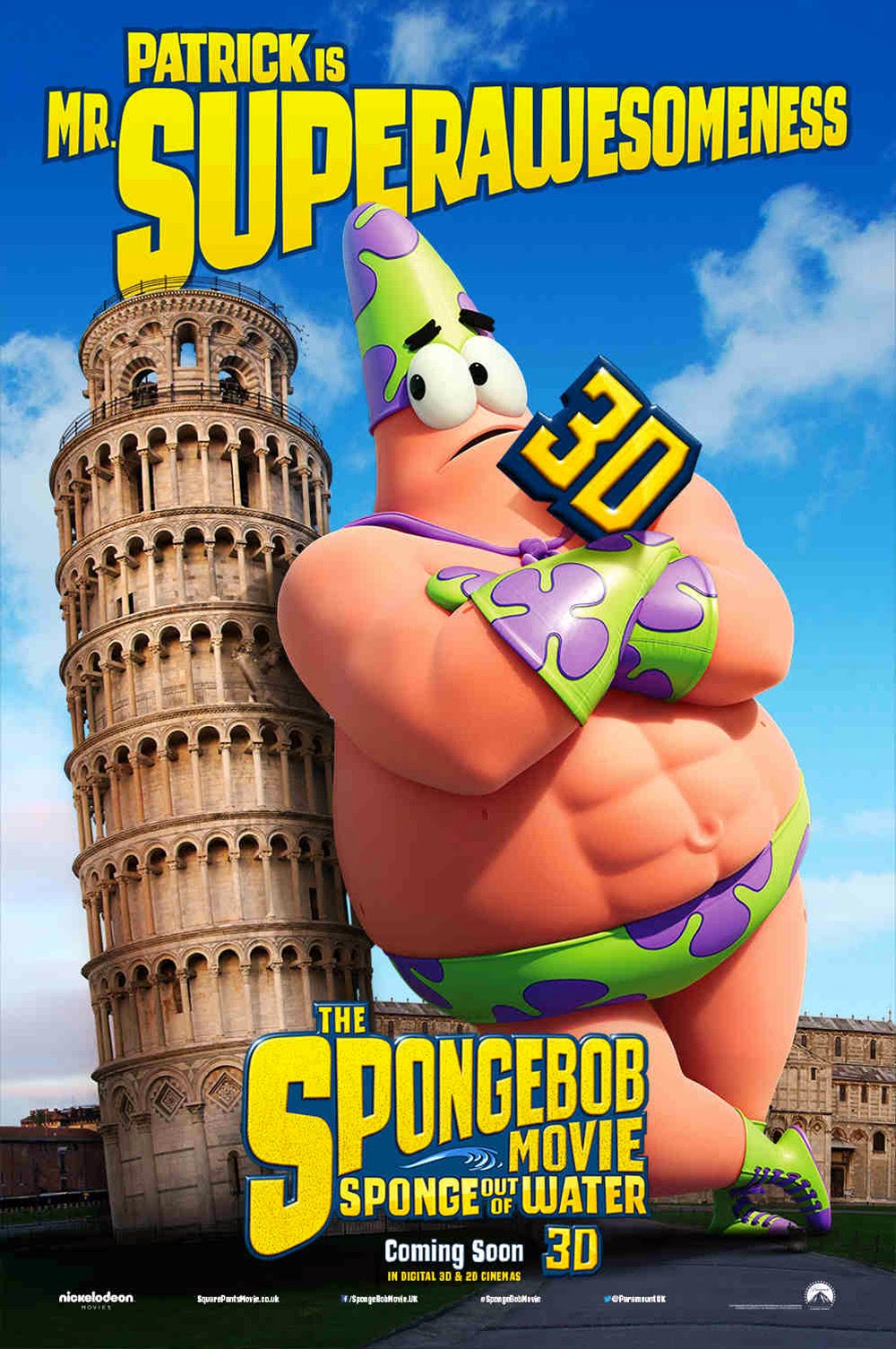 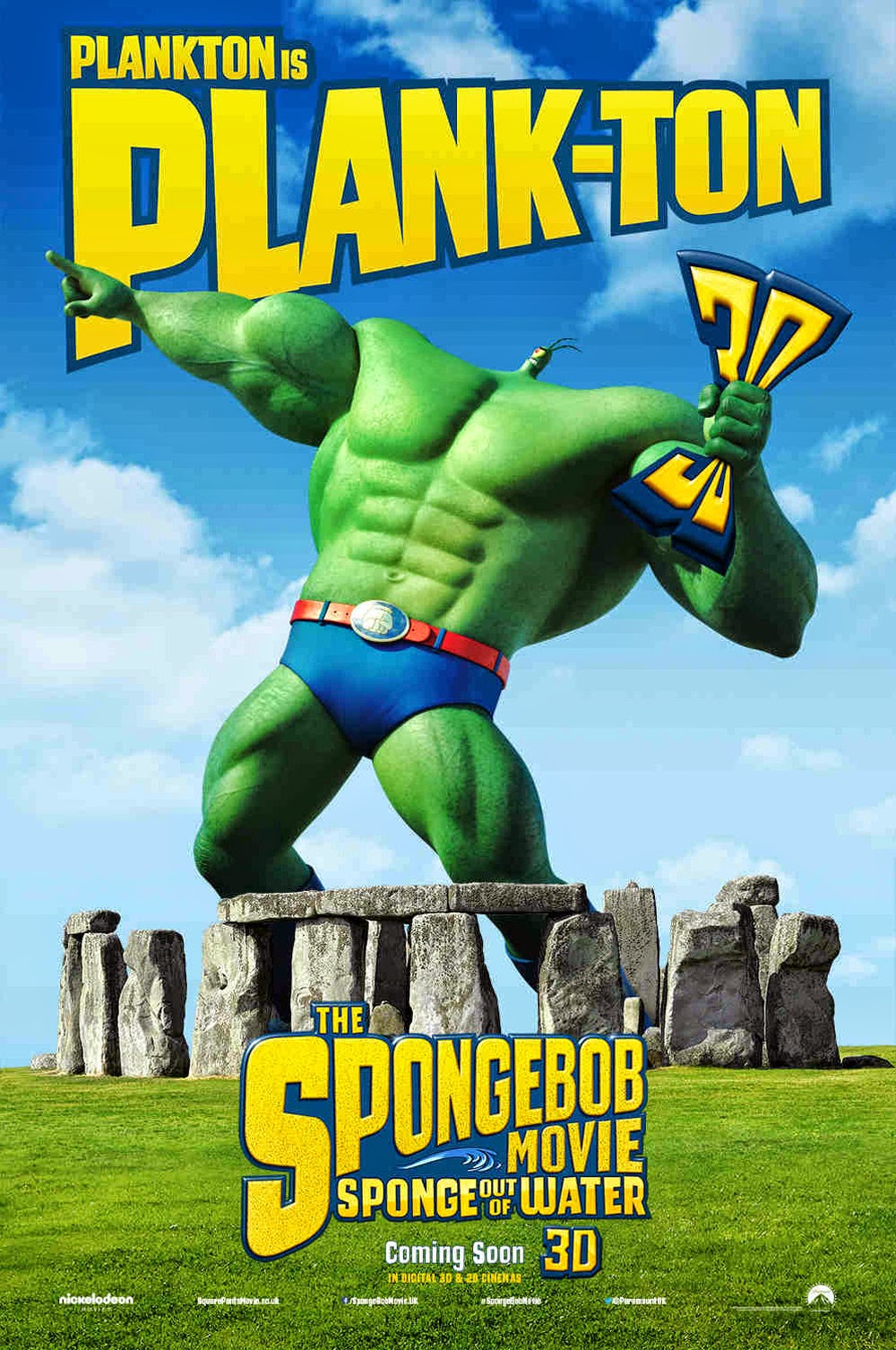 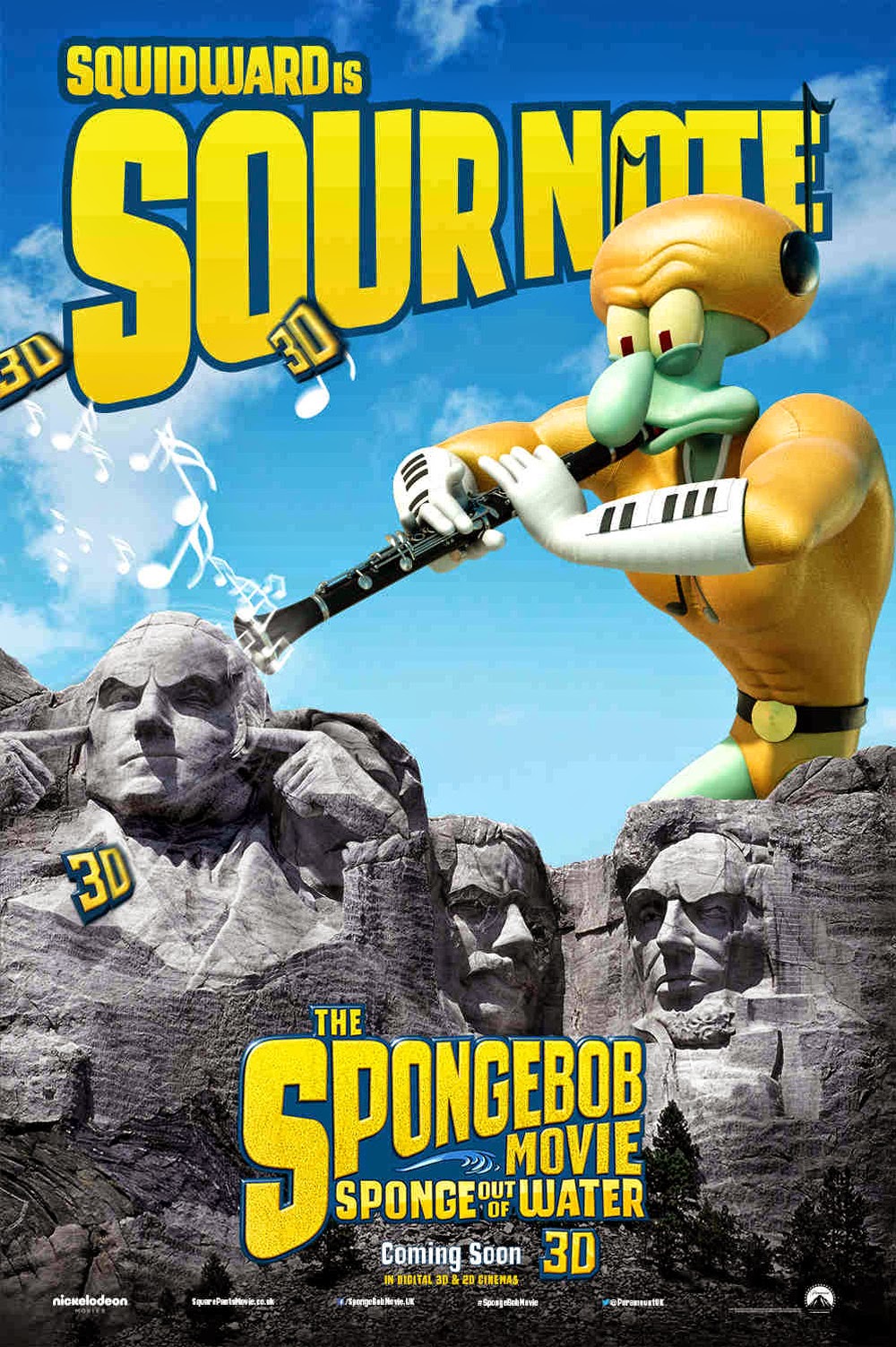 Burger Beard (Antonio Banderas) is a pirate who is in search of the final page of a magical book that makes any evil plan he writes in it come true, which happens to be the Krabby Patty secret formula. When his search is completed and the formula missing, the entire city of Bikini Bottom is put in danger. SpongeBob, Patrick, and the gang need to go on a quest that takes them to the surface. In order to get back the recipe and save their city, the gang must retrieve the book and transform themselves into superheroes and fight Burger-Beard and his super villain pirate crew.

Opening across the Philippines in April 2015, “SpongeBob: Sponge Out of Water” will be distributed by United International Pictures through Columbia Pictures.