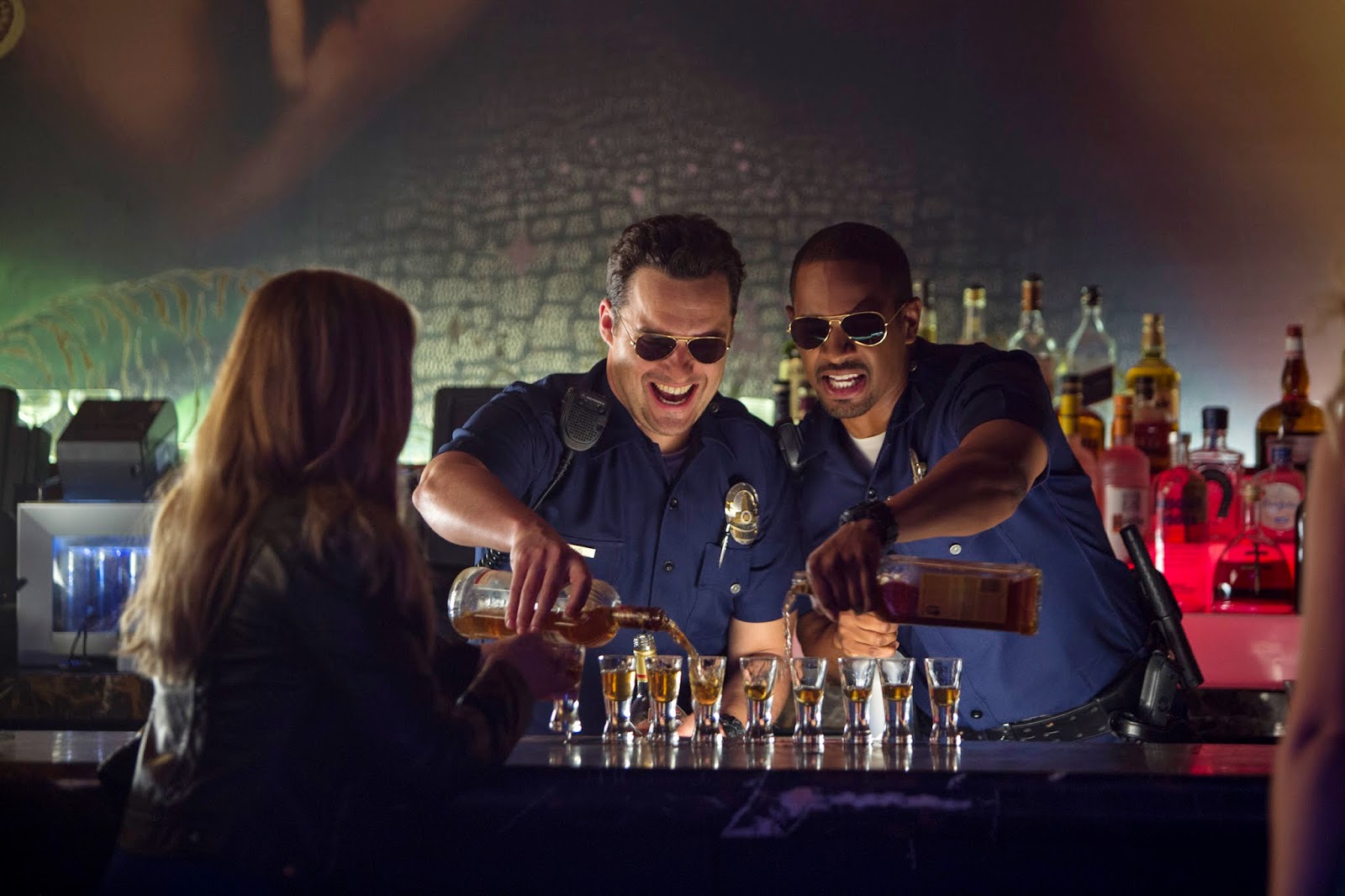 A wrongheaded visit to a masquerade party changes everything for best friends Justin and Ryan in “Let’s Be Cops.” Thinking it is a costume bash, Justin and Ryan sport LAPD uniforms Justin had used in his recent videogame pitch. After being laughed out of the black tie party, they notice something has changed as they walk down the streets of Hollywood: women swarm them, bad guys follow their every command and bartenders give them drinks on the house, all because they are mistaken for cops.

For Ryan (played by Jake Johnson), this is the ultimate high, though the shy Justin (Damon Wayans Jr.) is less enthusiastic at the prospect of real police busting them. Soon, Ryan has purchased a police car (off eBay!), lights and a radio scanner – and the boys are rolling up to real 911 calls.

“Damon and Jake are close friends, big fans of one another’s work and had been dying to do a film together,” Greenfield adds. “Casting them was incredible luck, because throughout production they were always off in a corner, laughing and joking just like their characters. The characters audiences will see on screen are very close to who Damon and Jake really are. It was fantastic.”

“Jake and I get along so well that we bring a lot of our own relationship to the movie,” says Damon Wayans, Jr. “Justin and Ryan are like brothers, or like a married couple who fight and make up. Jake and I work so well together because we get along really well off camera. We are always doing bits and have a similar sense of humor. It helped that we were free to explore and improvise.”

Jake Johnson was thrilled to be cast along with his close pal. “Damon and I had done the ‘New Girl’ [television series] pilot together and we got along great,” says Johnson, who’s now before the cameras in “Jurassic World.” “We made a pact that we were going to do something together. He is truly one of the reasons I did this film.” 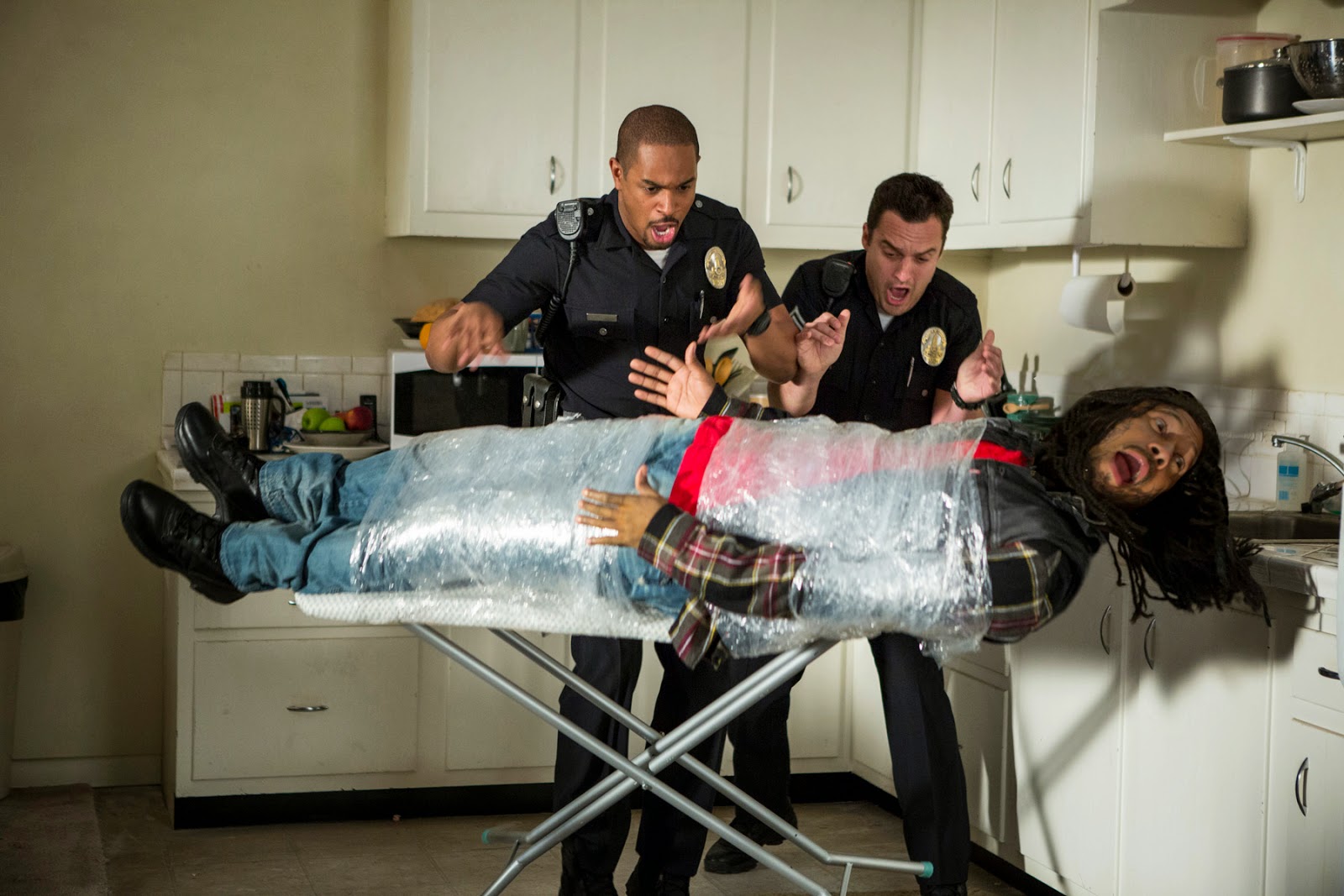 One of the film’s memorable action scenes sees Johnson, Wayans and Riggle responding to a police call at a hardware store in the middle of the night. There, the faux cops Justin and Ryan have a run-in with a 350-pound Samoan burglar running amok – wearing nothing but a fierce grin. “This guy is running at me butt naked,” says Wayans. “I take him down but he lands right on top of me and is climbing all over, putting his behind right in my face. Let me tell you, I took a long shower after that scene.”

But with all the crazy stunts and action, the most important component of LET’S BE COPS is the close relationship between Justin and Ryan, lifetime buddies who may bicker non-stop, but always have each other’s backs. “Audiences will be pulling for Ryan and Justin,” says Johnson. “Ryan is crazier and more spontaneous than Justin, who is more grounded. Together they are a perfect yin and yang, bringing out the best in one another.”

Wayans agrees. “These guys fight like brothers, and then they make up like brothers. It is their friendship that stood out for me and made me want to do this movie. Luke Greenfield also saw that this film walked a fine line between comedy and action, and he was always great in blending the two while Jake and I ran around, crazily.”

“Let’s Be Cops” opens November 5 in cinemas nationwide from 20th Century Fox to be distributed by Warner Bros.