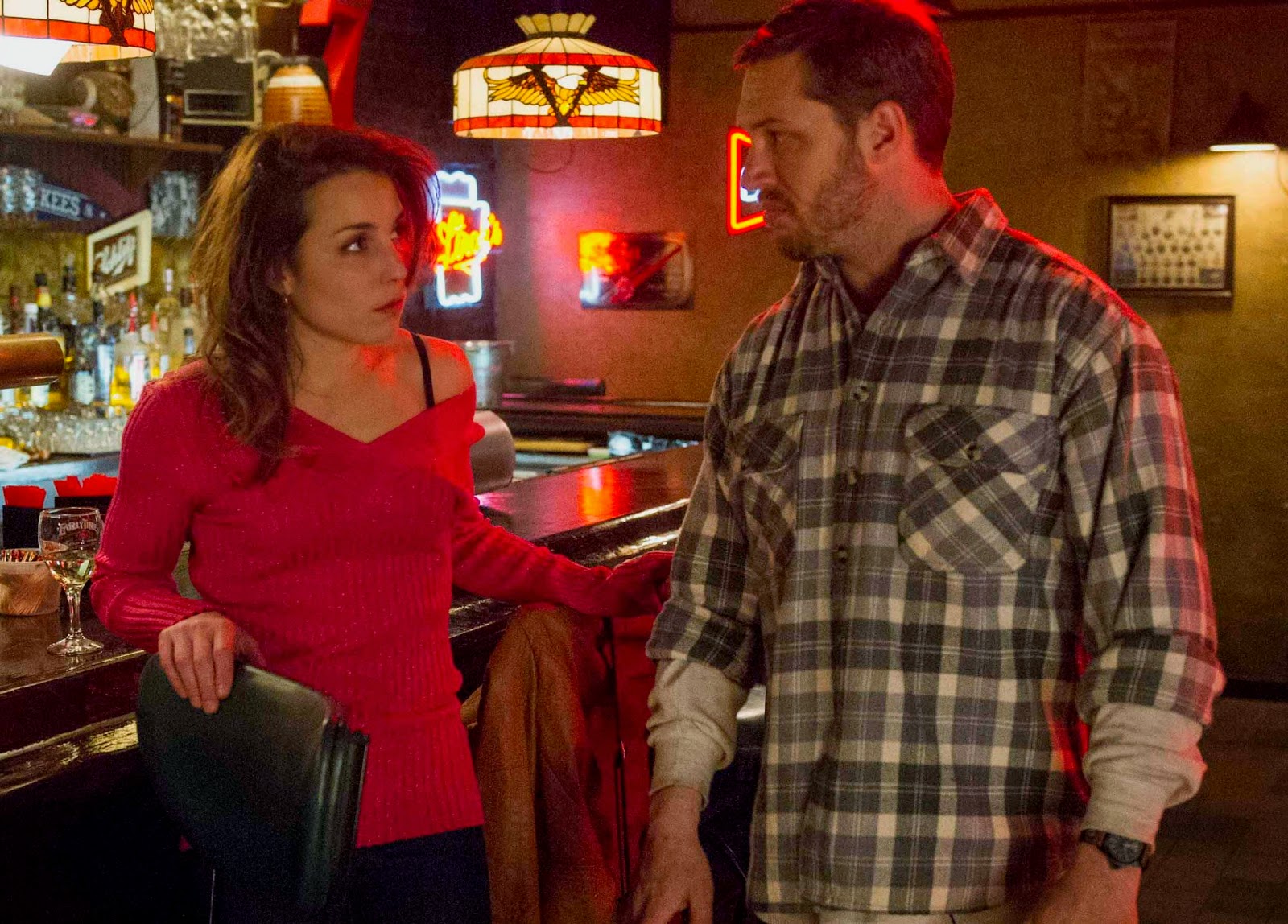 Tom Hardy heads up a phenomenal cast along with actress Noomi Rapace, the late James Gandolfini and Matthias Shoenaerts in “The Drop,” a gripping tale of crime and passion where Bob (Hardy) works as a bartender at his cousin Marv’s (Gandolfini) bar and crosses paths with Nadia (Rapace) that unearths the depth of human frailties leading to an explosive, emotional turns never before bared.

Acclaimed director Michaël Roskam assembled an international cast for his American film debut, he says was not specifically looking for European actors to headline this film. “But when I found them, it made sense. New York is a city full of nomads. It’s a gateway to the rest of the world. There are so many nationalities represented here. Probably 40 percent of the people I met during location scouting spoke with an accent that wasn’t purely Brooklyn.”

Noomi Rapace, who plays Nadia, is in the process of building a major acting career in the U.S. after achieving enormous success in her native Sweden. “Noomi’s at a really exciting point in her career,” says Larocca. “We were incredibly lucky, because she approached us, saying, ‘I have to play Nadia.’ That kind of passion is what you want as a filmmaker.”

The script sparked Rapace’s initial eagerness and when she learned that Roskam and Hardy were attached, she pursued it even more ferociously. “After reading the script, I kept asking my manager what was happening with it,” the actress recalls. When I met with Michaël, I talked to him for about 10 hours.”

“I told him that I thought Nadia is a very beautiful, wounded soul and we started from that,” she continues. “She’s gone through a lot. It’s like she’s backed into a corner, living a quite protected life and sticking to the same routine. She and Bob are both quite lonely, but deep down they dream of meeting someone who understands.” 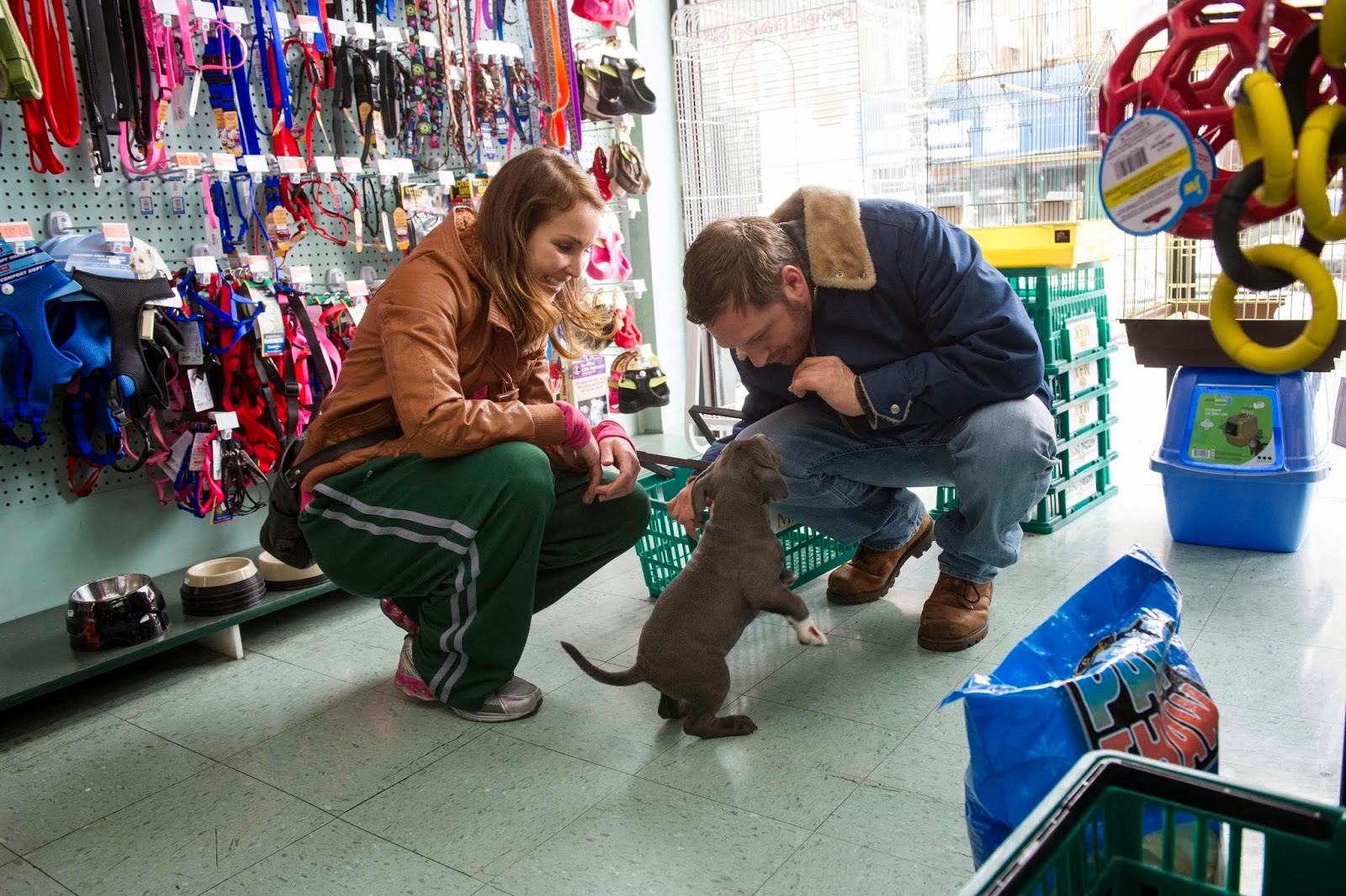 Nadia is a survivor, a tough but achingly vulnerable woman trying to stand her own. “Noomi invests a lot of herself in the character,” says Roskam. “We spent a great deal of time creating a whole life for Nadia that Noomi then lived every day. The character comes with a lot of baggage and Bob may not be the kind of man who can deal with that. You need to see a credible relationship between them and that took a lot of time and investment from the actors to create.”

Rapace had been watching Hardy’s career explode over the last few years and earmarked him as an actor to watch. “I’d been wanting to work with Tom for a while,” she says. “He’s a one-of-a-kind actor who always brought something to the table that I hadn’t thought about. That forced me to dig into things, to think and to be open. Each scene could go in any direction because he has a completely different take on it.”

For Hardy, it was a joy to come to work with Rapace. “Noomi is capable of doing anything she puts her mind to,” says the actor. “She’s unstoppable—full of courage, truth and heart. She’s incredibly supportive. If you want to put a team together, Noomi is the way to go. She keeps the flag flying when everyone else is tired and out of ideas.” 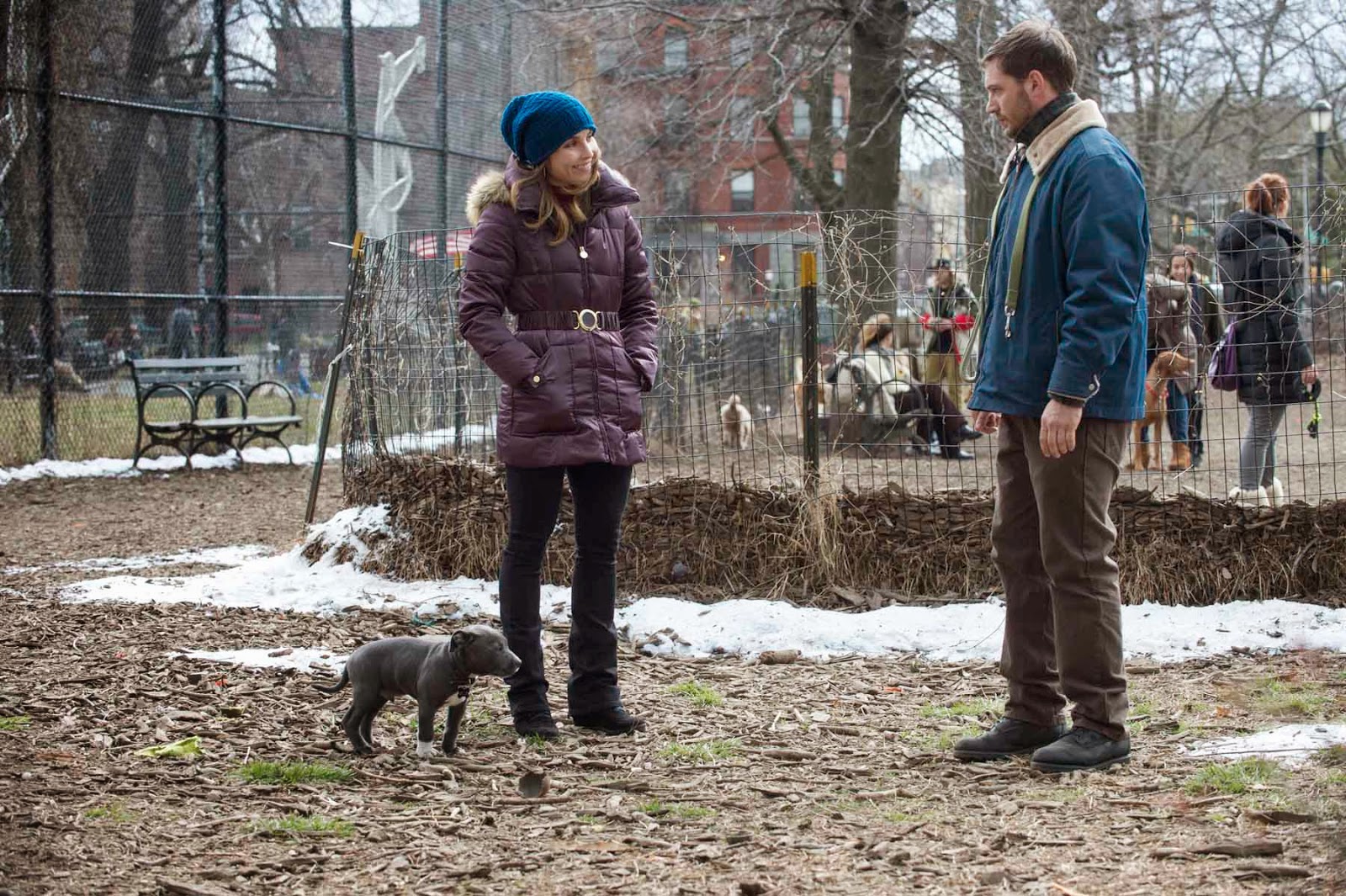 “The Drop” opens November 12 in cinemas nationwide from 20th Century Fox to be distributed by Warner Bros.