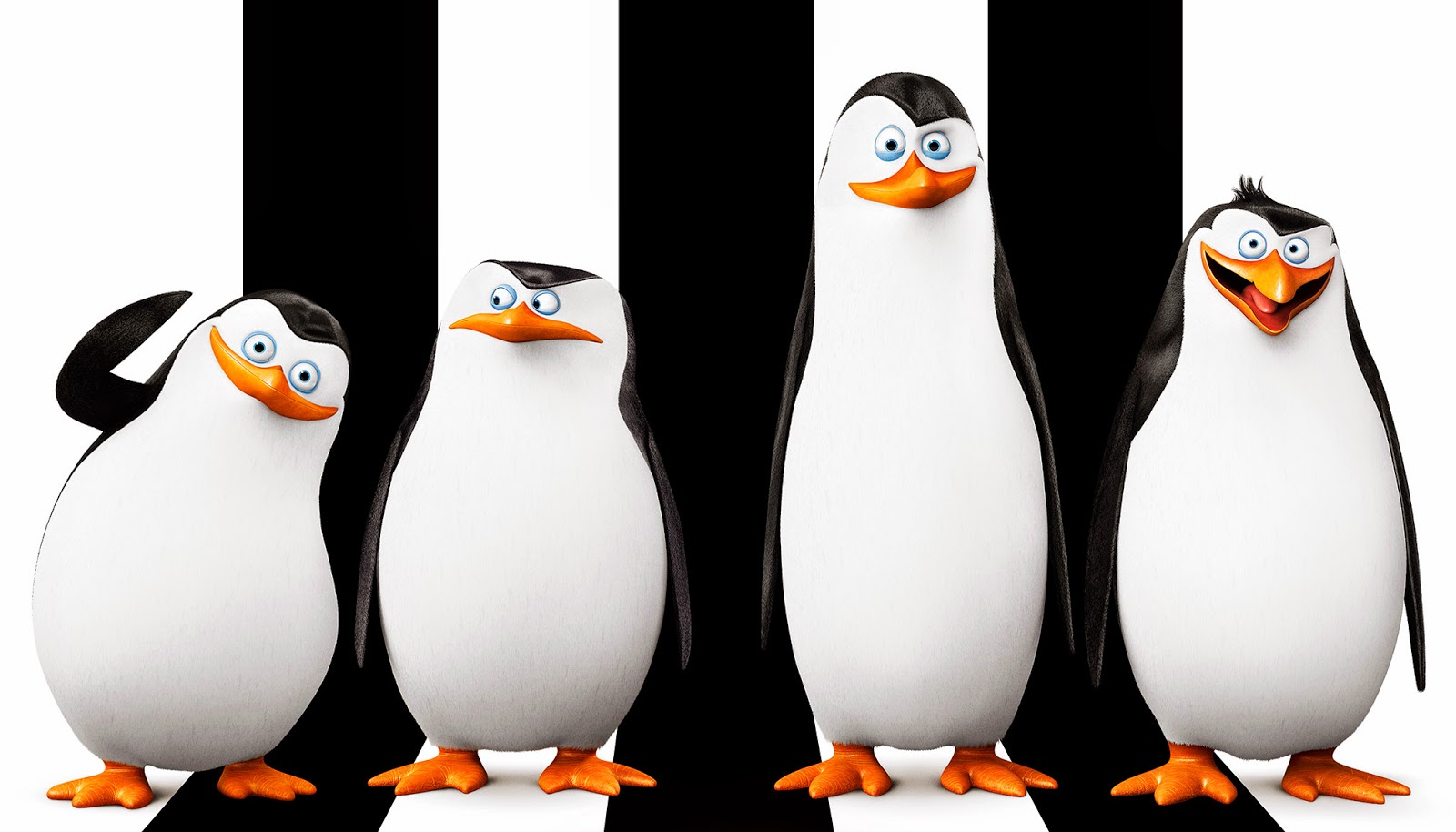 Get ready for a thrilling rollercoaster ride with the world-renowned spy penguins – Skipper, Rico, Kowalski and Private in “Penguins of Madagascar.” The Penguins’ transition from beloved supporting characters in “Madagascar” to headlining their own big screen epic was a no-brainer, thanks to their memorable traits.

“What drives the Penguins in all the films are their distinct and strong personalities,” says director Eric Darnell. Adds director Simon J. Smith: “They’re like a band of brothers who above all value their friendship, moral code and love for one another.” Most importantly, the Penguins really bring the funny. “The most exciting thing about the project was to experience the story’s and characters’ humor,” says producer Mark Swift. “They’re so appealing because they are so hilarious.”

There’s Skipper, voiced by Tom McGrath, who created the characters for the blockbuster animated feature “Madagascar,” which he helmed, along with Darnell. McGrath’s Skipper is the team’s fearless leader and keeper of the Penguin code. He demands loyalty, obedience and order from his regimented flock, and asks nothing of his men that he wouldn’t do himself. His right-flipper man, Kowalski, voiced by DreamWorks animator Chris Miller, is the brains of the operation, and the go-to guy when the Penguins need a quick, life-saving fix.

The third member of the team, Rico, is “voiced” by DreamWorks Animation artist and Madagascar 3 director Conrad Vernon. Rico lives to blow things up. When he’s kept on a tight leash, Rico is an effective weapon, but left to his own devices is a loose cannon. Finally, there’s Private, voiced by DreamWorks Animation editor Christopher Knights; although he is the runt of the team, Private has the biggest heart of them all. Private is always up for new challenges, but because the group still sees him as the “baby,” he’s often sidelined during their missions.

Each of the Penguins makes a memorable impression, and collectively, they’re a force to be reckoned with. “The sum of the Penguins is greater than the parts,” says Darnell. “The guys work incredibly well as a group – far better than they would as individuals. They’re like four parts of a complete brain: You’ve got Skipper’s leadership, Private’s heart, Kowalski’s smarts, and Rico’s courage. So the four of them make this whole, and that makes them a lot of fun.”

In fact, the Penguins are very much in the tradition of great movie teams, notes McGrath, like The A-Team, The Dirty Dozen, “Star Trek’s” Kirk and Spock, and even The Marx Brothers. “They’re these huge personalities in a tiny package,” he says. “And like many great screen teams, the Penguins are taken out of their comfort zone. They embark on a globetrotting adventure, where they meet characters who really make the Penguins step up their game.”

Their inextricable bonds and unforgettable antics are on full display when we discover the origins of the Penguins in the film’s opening sequences, set in Antarctica’s icy wasteland. Right off the bat, we’re aware that these are not your typical penguins. Skipper, Kowalski and Rico are marching to the beat of a different drummer, avoiding the documentary-film tropes of penguins waddling across the icy tundra and triggering audience exclamations of “aren’t they cute!”

A DreamWorks Animation feature presentation, “Penguins of Madagascar” opens November 26 in 2D, 3D and IMAx format from 20th Century Fox to be distributed by Warner Bros.