Selecting the actor to portray protagonist Detective Harry Hole for Universal Pictures’ suspense thriller The Snowman was always going to be complex process. When news first got out that the character would be adapted for screen, the rumor machine went into overdrive—with speculation rife as to who was going to manifest this literary sensation.

For Michael Fassbender, there was never any question about wanting to portray Harry. The role presented the actor with his first detective. “At the time of the script arriving at my door I didn’t know anything about him,” admits Fassbender. “It was a totally new world for me. Then I started to expose myself to the books and the world that Harry occupies, and I’ve become very fond of the character.”

< That said, ahead of playing Harry, Fassbender was wary of reading the books. “The script is independent of the book, and I didn’t want to get attached to things that were in the book but not in the script. I did, however, read the beginning, to get an idea of where this character started, what Jo’s version of him was. I just wanted to see where those raw characteristic traits were—the description of him and his physicality. “It’s difficult to improve on someone’s experience of reading the book when you are making the film,” Fassbender continues. “As a reader you are filling in a lot of the blanks. The descriptions of the murders can be a lot more horrific and haunting because our imaginations are much more vivid, scary and twisted than what you see in cinema.” Fassbender appreciated Harry’s quirkiness, which comes down to the character’s social ineptitude. “He’s cool but doesn’t try to be cool; he’s very much his own individual. Harry does what he does because he has his own compass; it doesn’t bother him what other people make of him. While sensitive he’s not necessarily interested in being socially accepted, even in his workplace. He’s a bit of a loner and forces people to put in more hours than they might like to.” In the film, a sociopath who calls himself “The Snowman Killer” has targeted the one person for whom he wants to show off his methodical, unthinkable skills: the lead investigator of an elite crime squad. With cunningly simplistic baits such as “Mr. Policeman, I gave you all the clues…” he begs to have a worthy opponent to play his sick game. 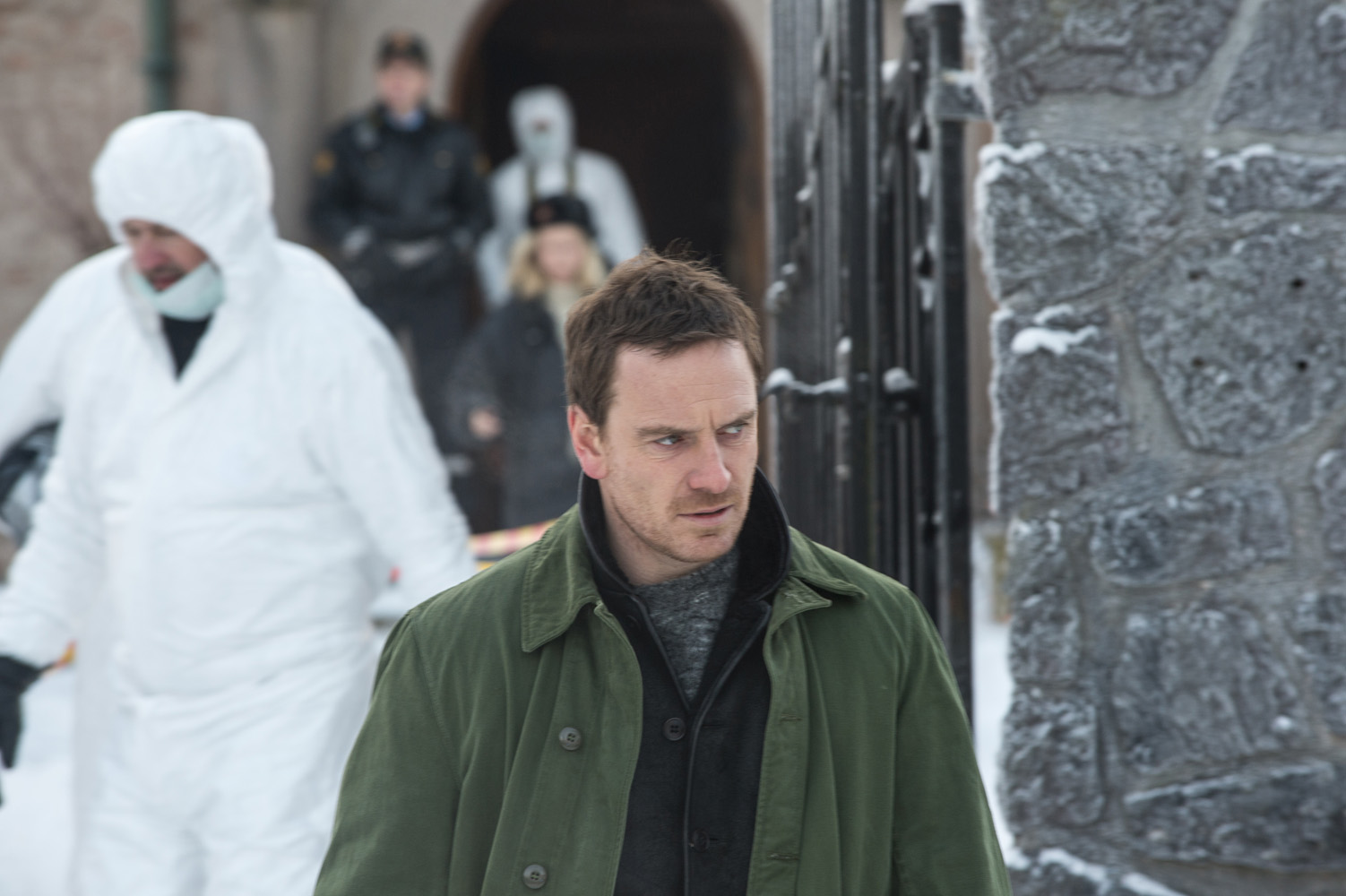 For Detective Harry Hole (Fassbender), the murder of a young woman on the first snow of the winter feels like anything but a routine homicide case in his district. From the start of the investigation, The Snowman has personally targeted him with taunts—ones that continue to accompany each new vicious murder.

Fearing an elusive serial killer long-thought dead may be active again, the detective enlists brilliant recruit Katrine Bratt (Ferguson), to help him connect decades-old cold cases to the brutal new ones. Succeed, and they will lure out the psychopath that’s been watching them from the shadows for who knows how long. Fail, and an unthinkable evil will strike once again during the very next snowfall.