Ayala Malls Cinemas, in partnership with the Cinemalaya Foundation, has been home for the last seven years to the cinematic, and highly creative works of new and veteran Filipino filmmakers. Wholly attuned to this year’s Cinemalaya theme “See the Big Picture”, Ayala Malls Cinemas’ state-of-the-art digital screens render clear images and crisp sounds enhancing the quality of films selected for this year’s festival that provides a pleasant viewing experience. 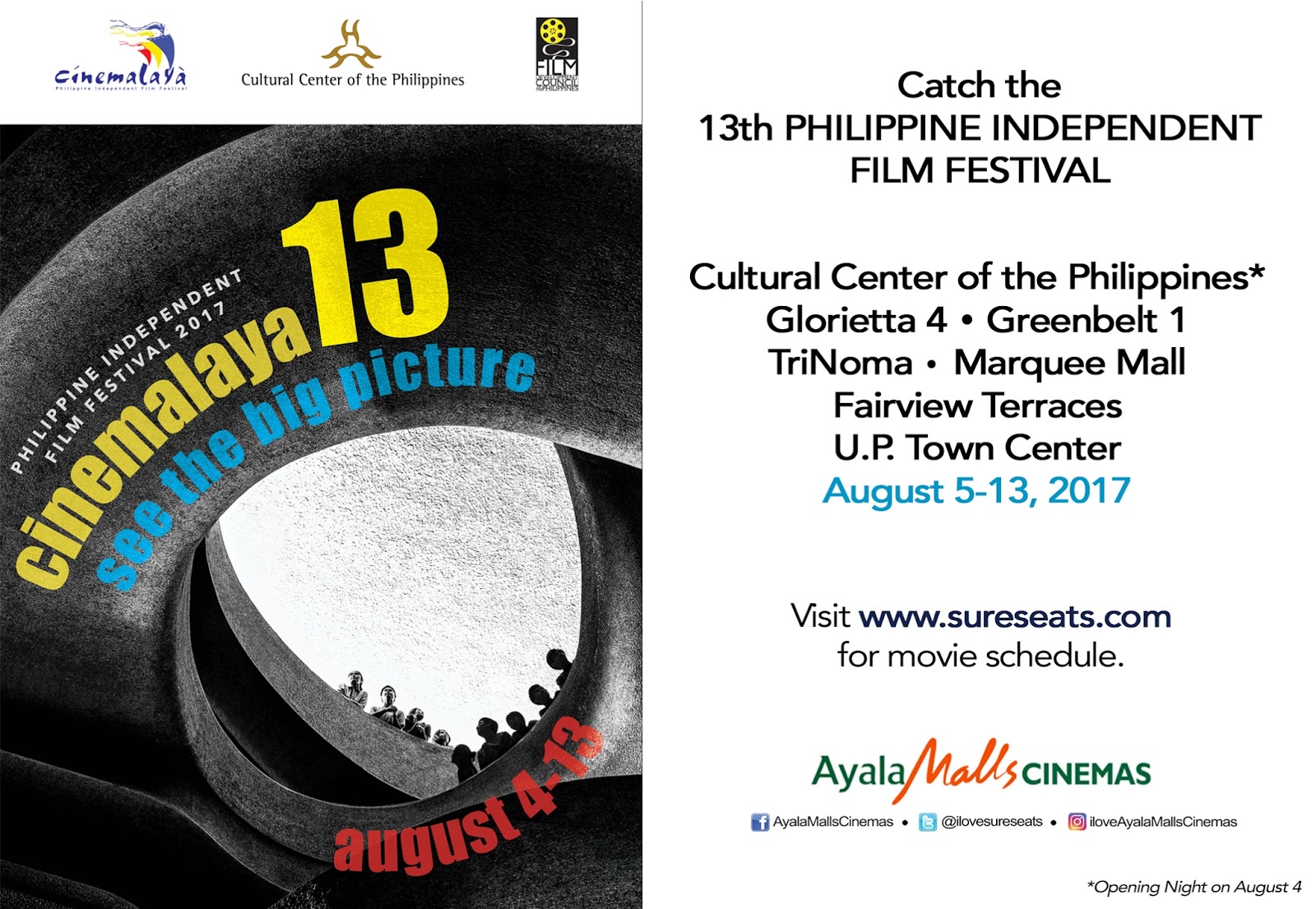 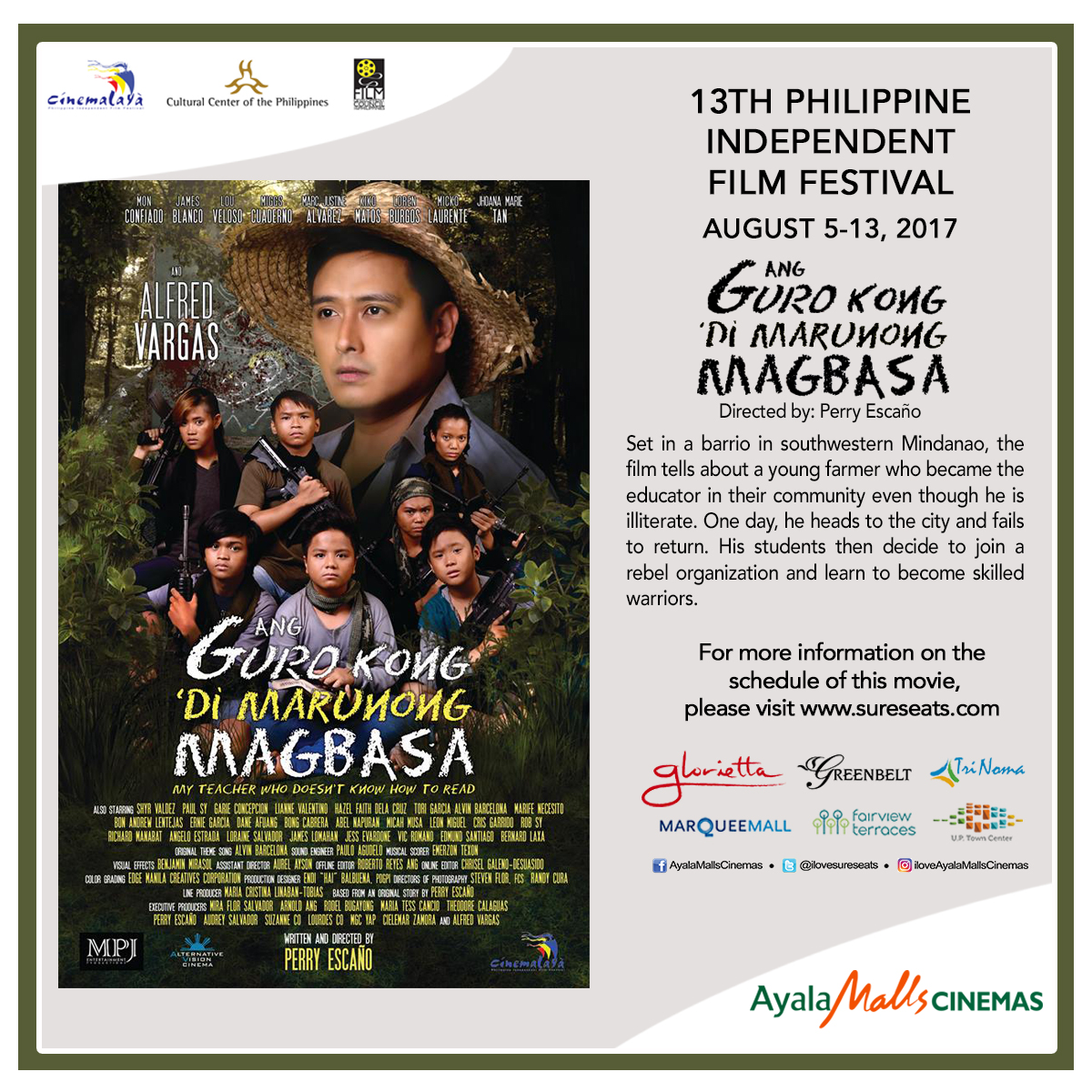 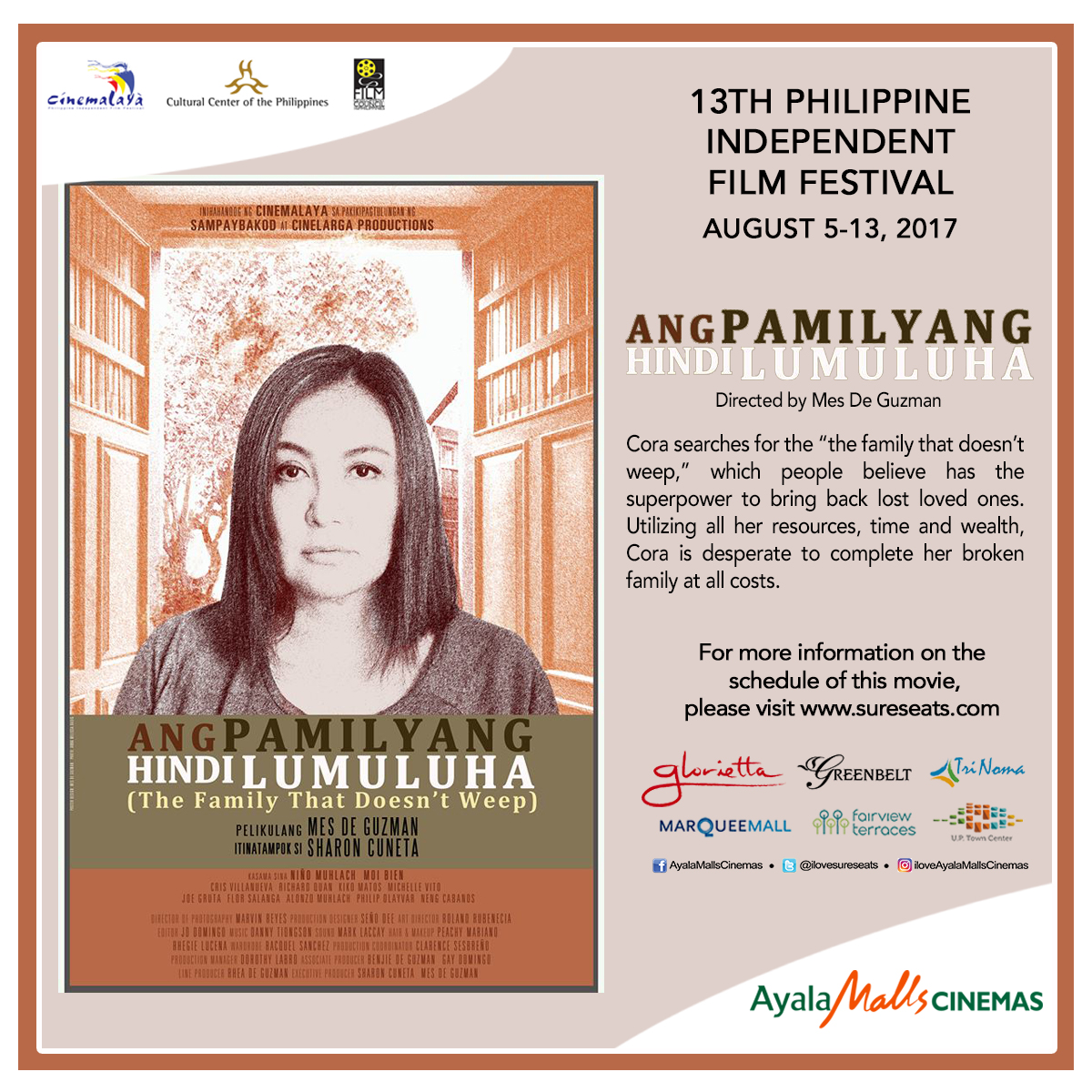 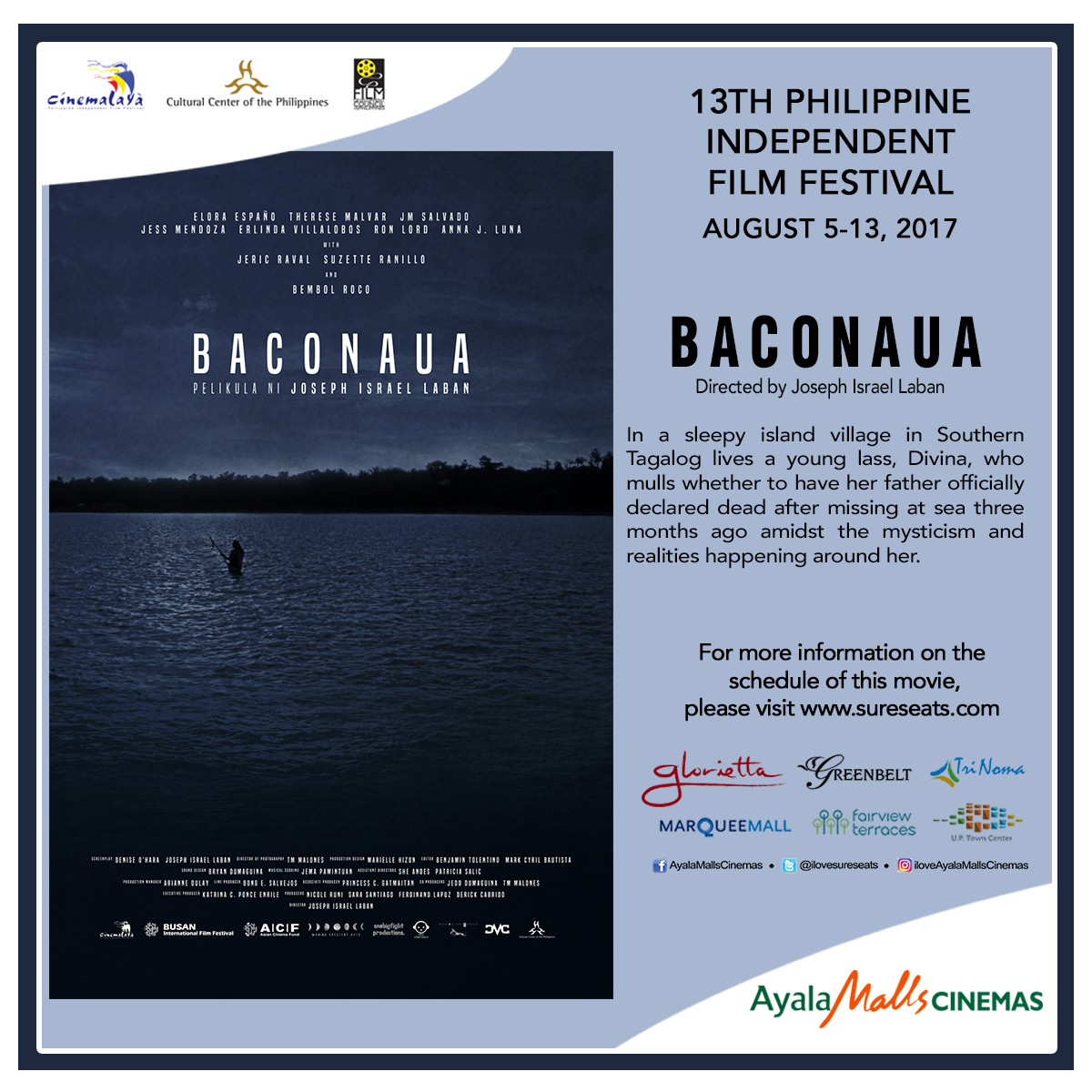 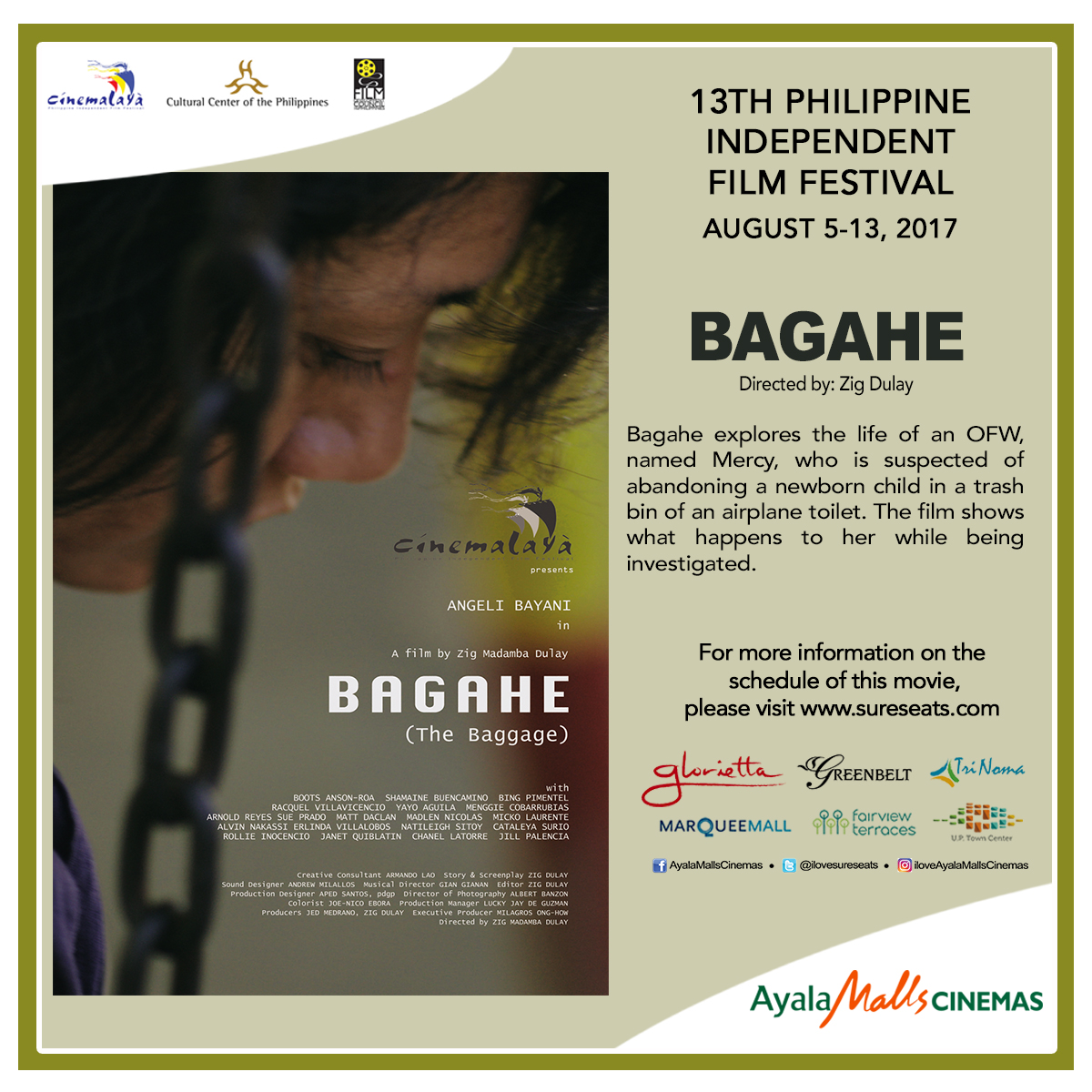 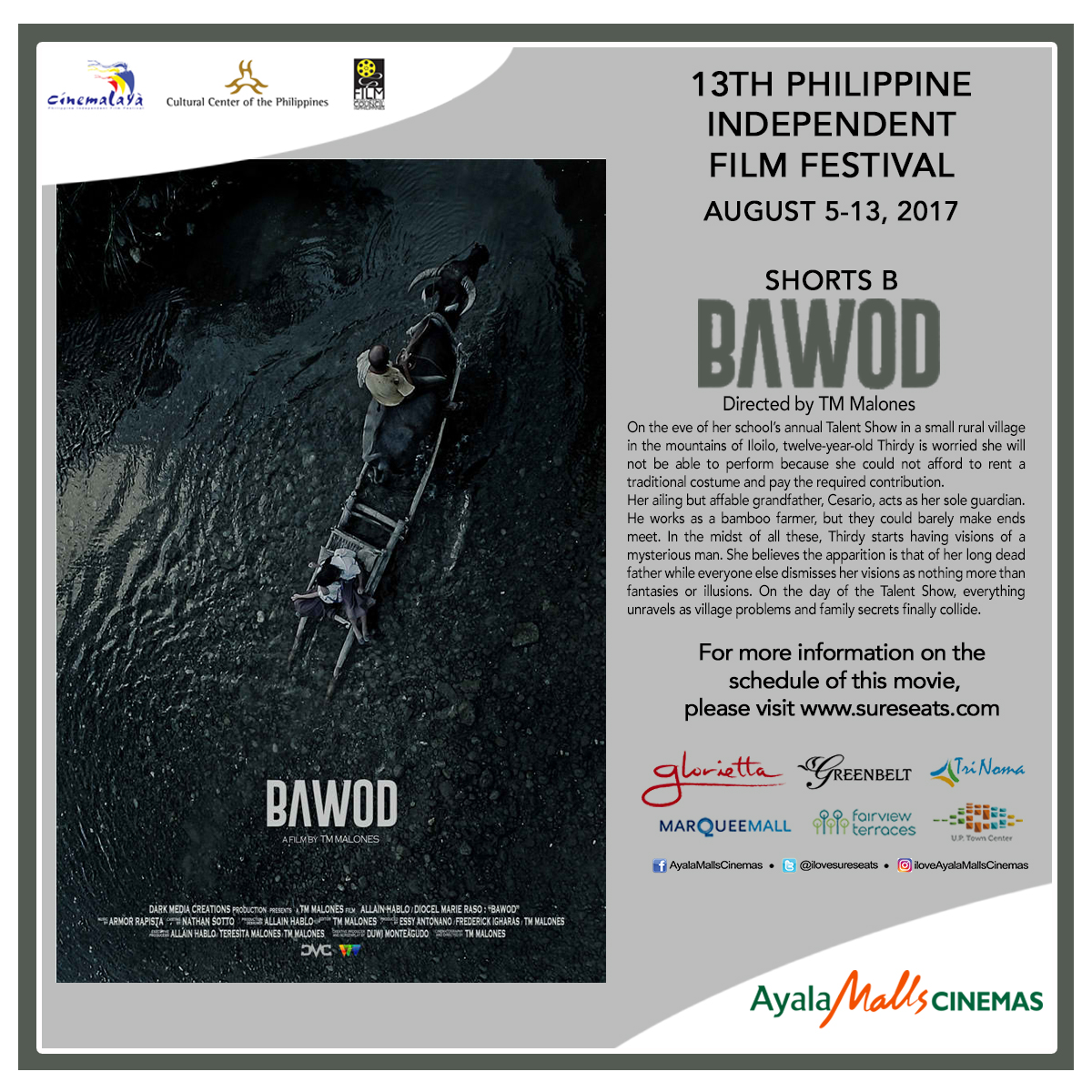 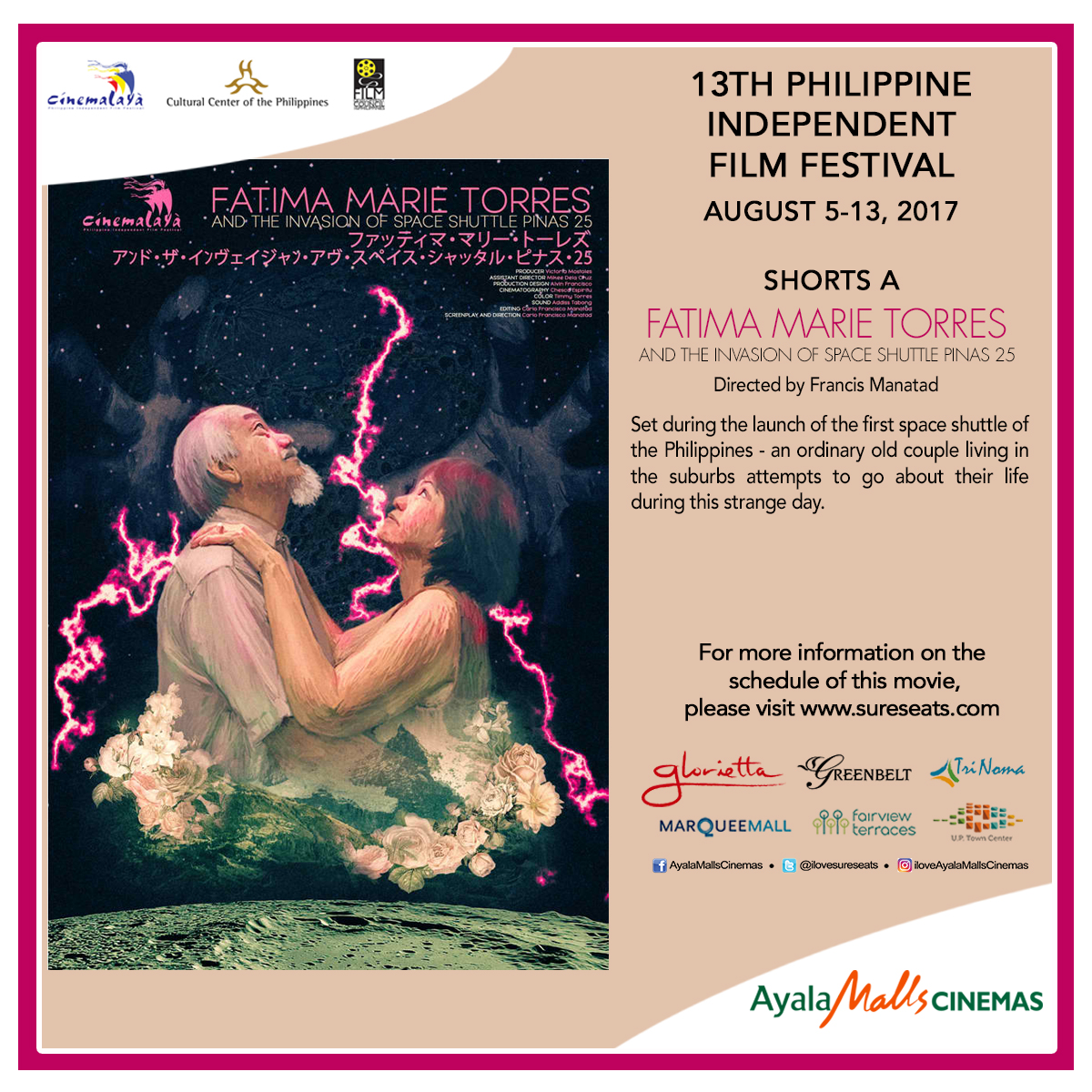 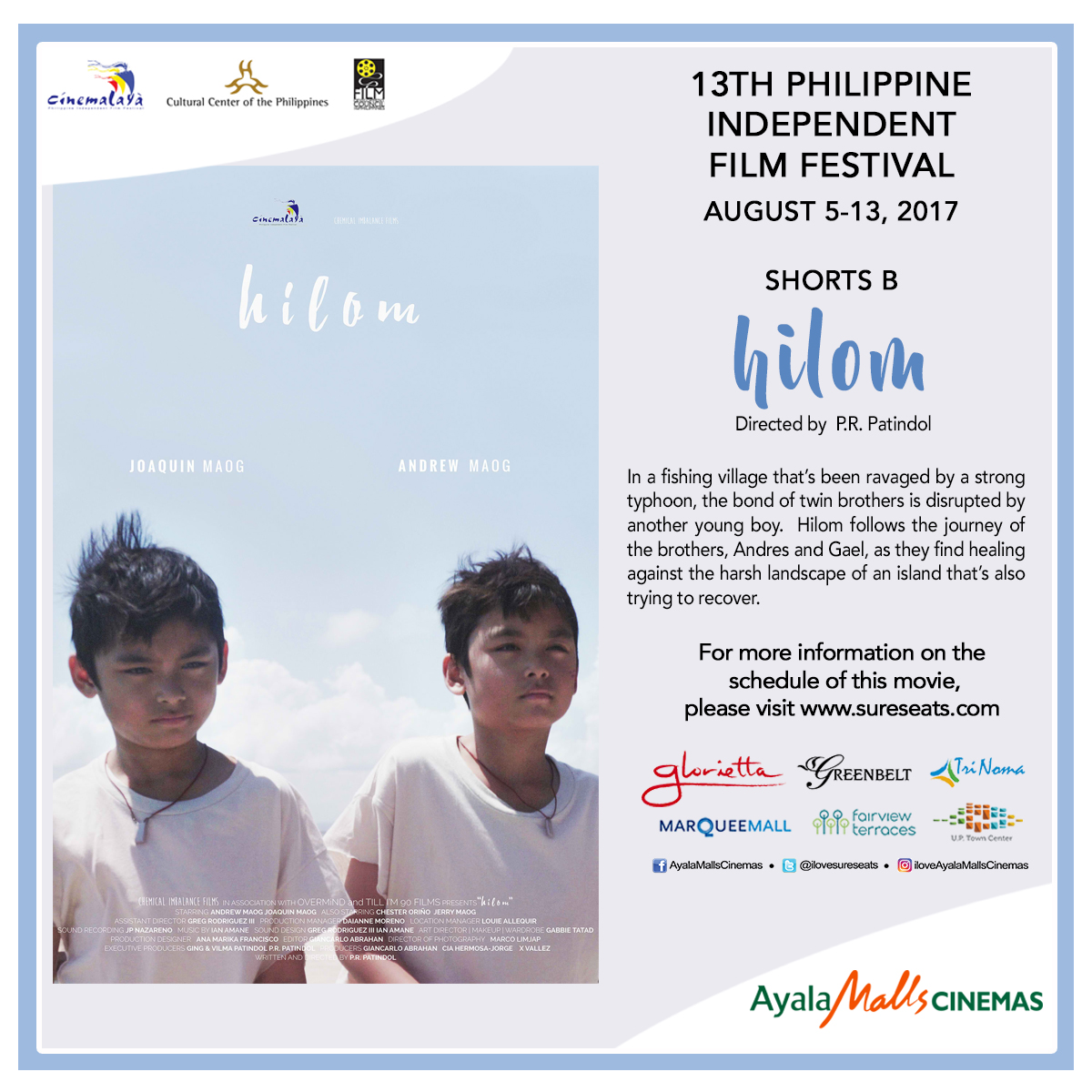 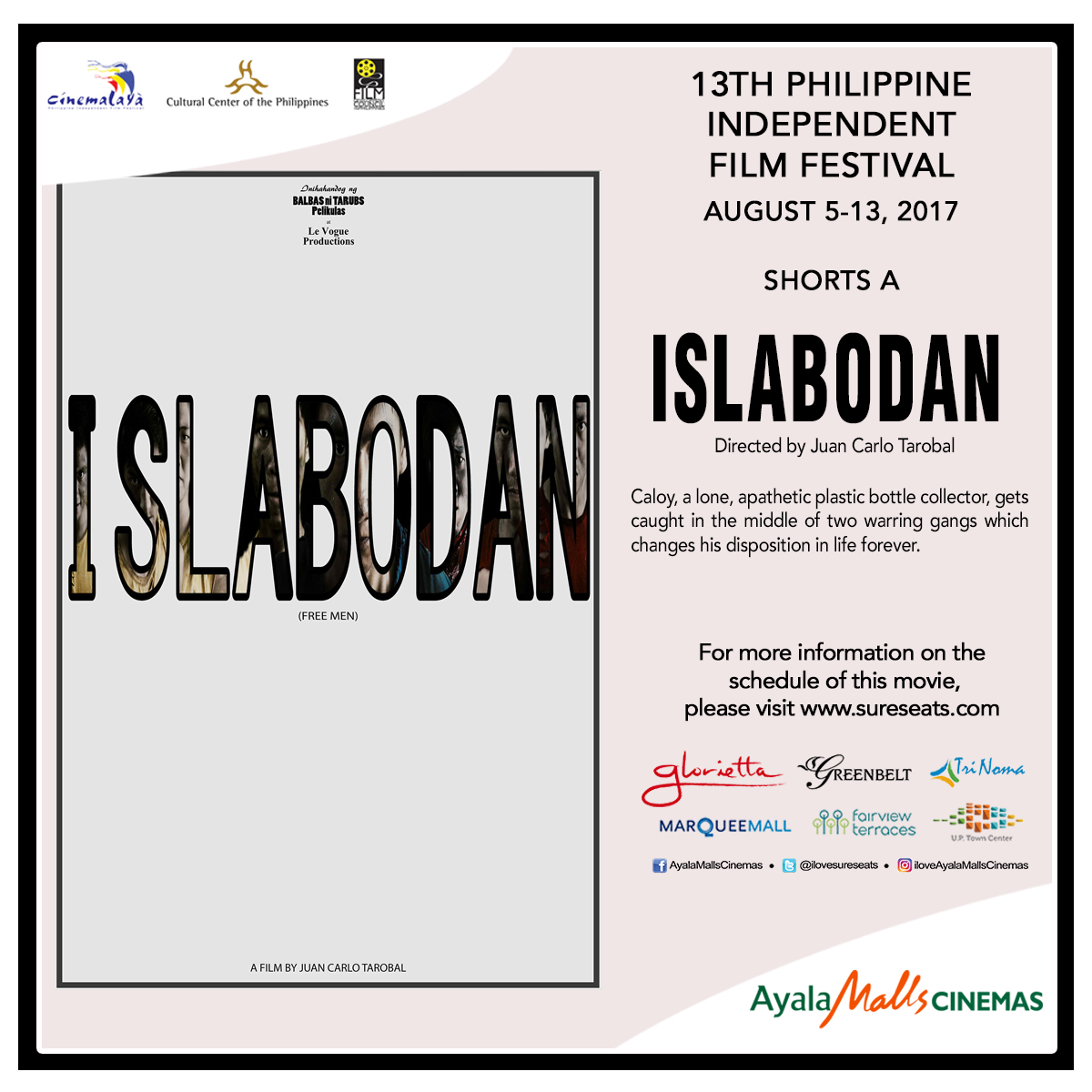 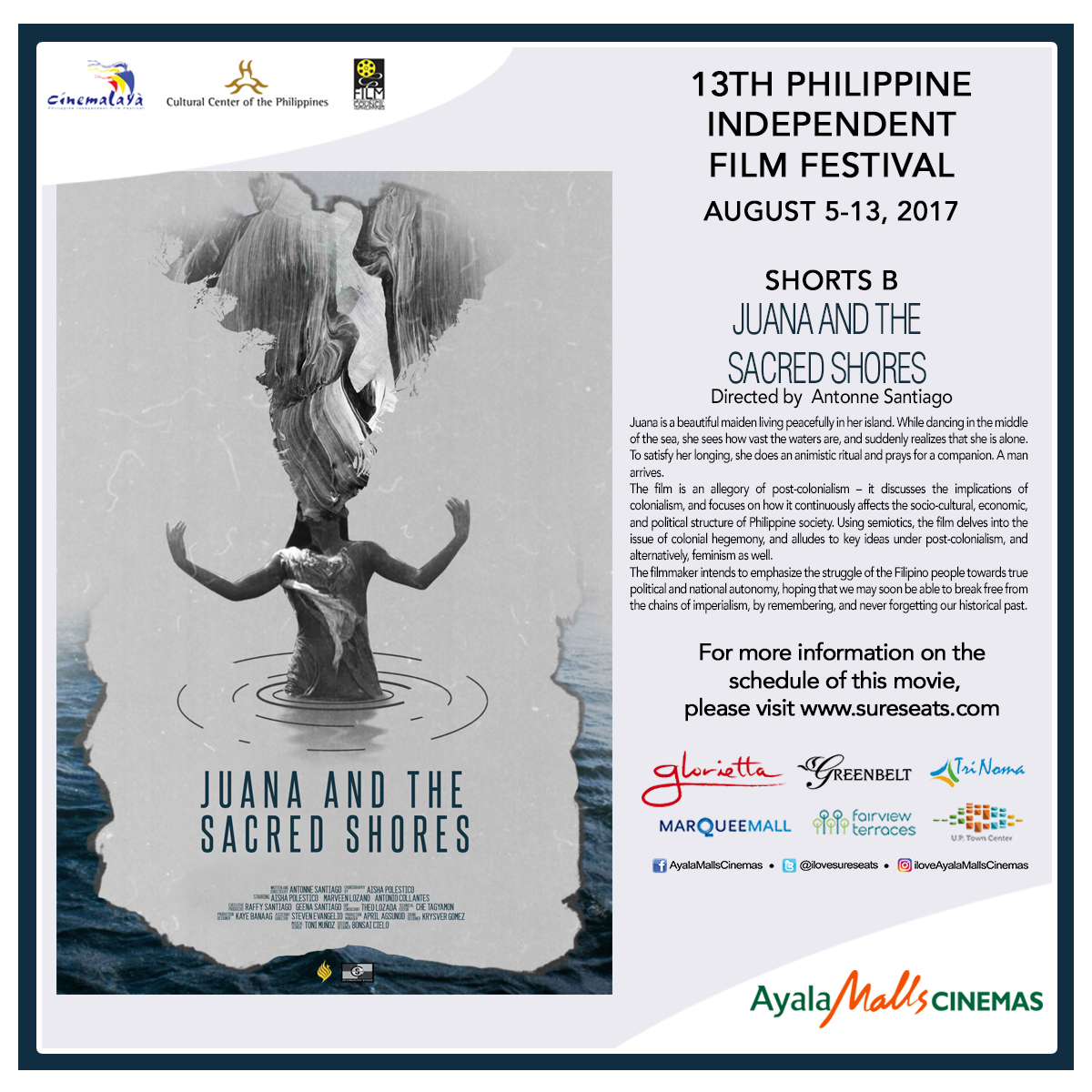 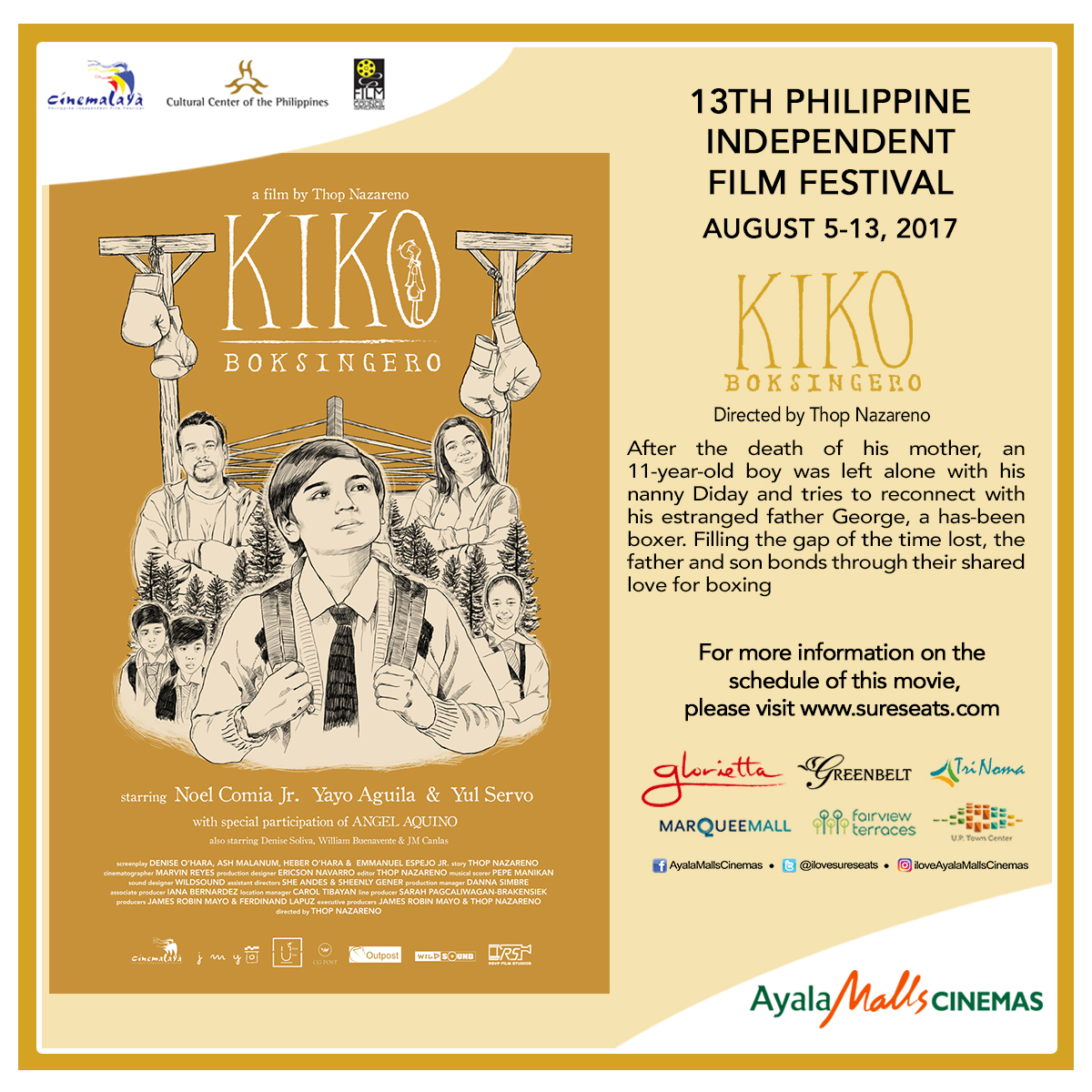 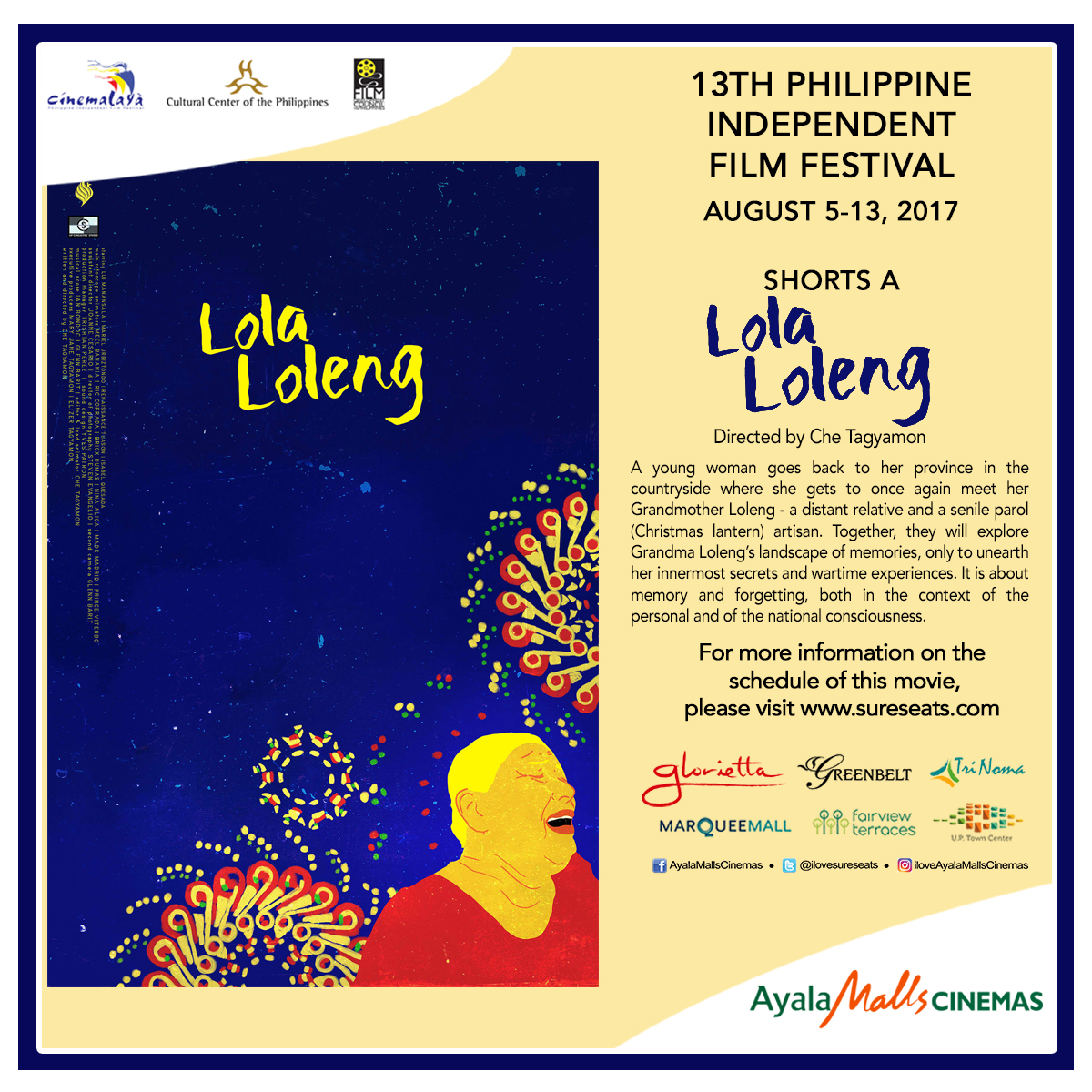 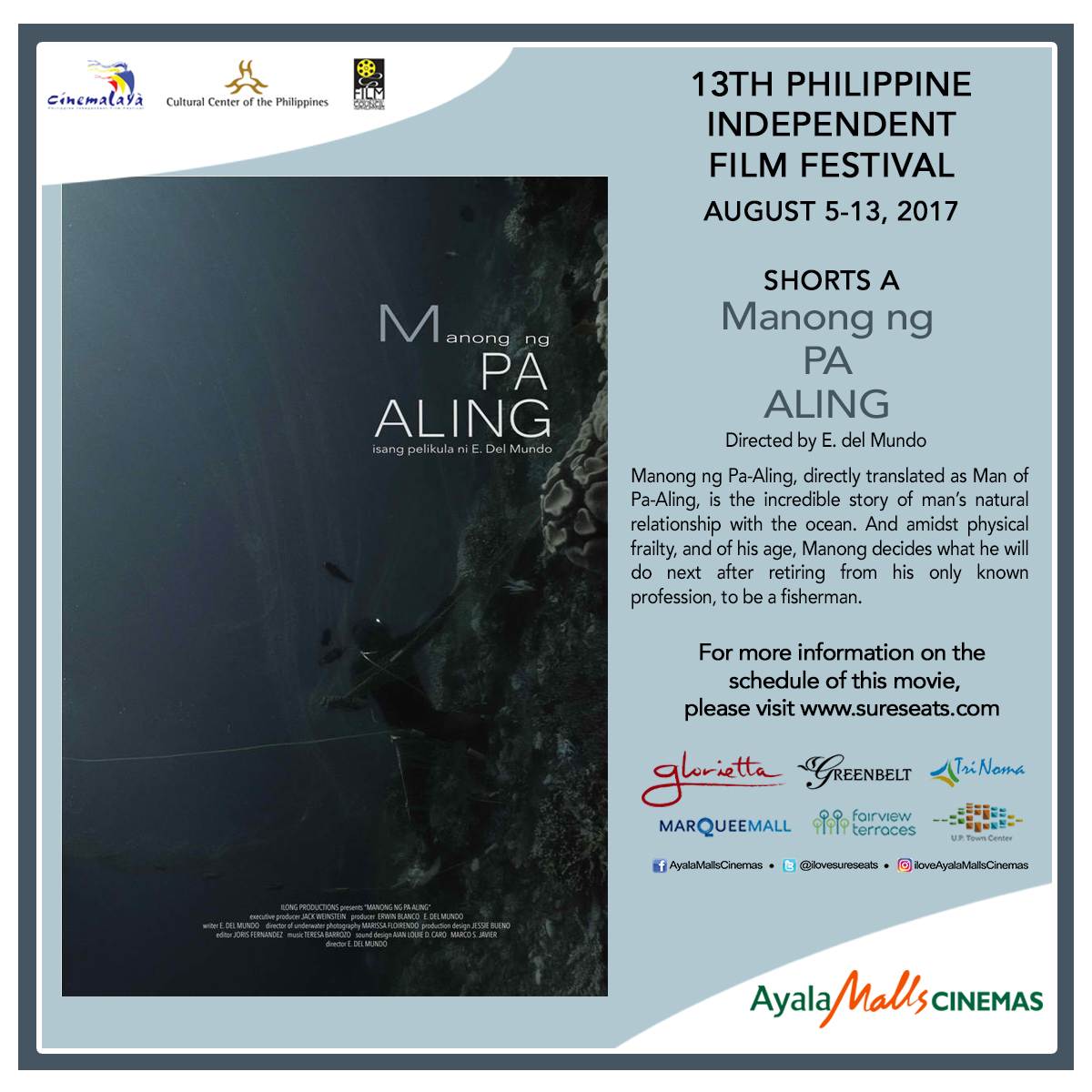 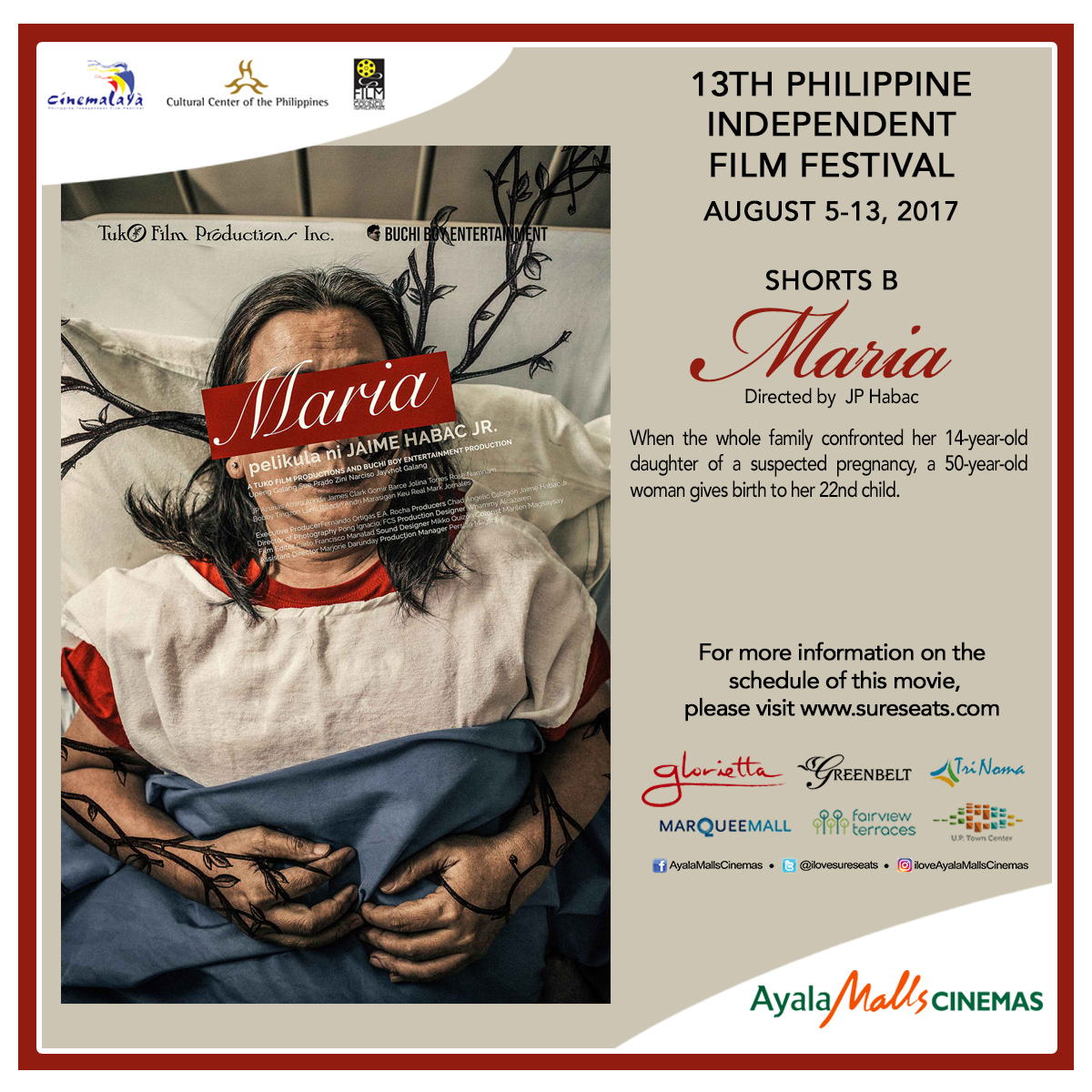 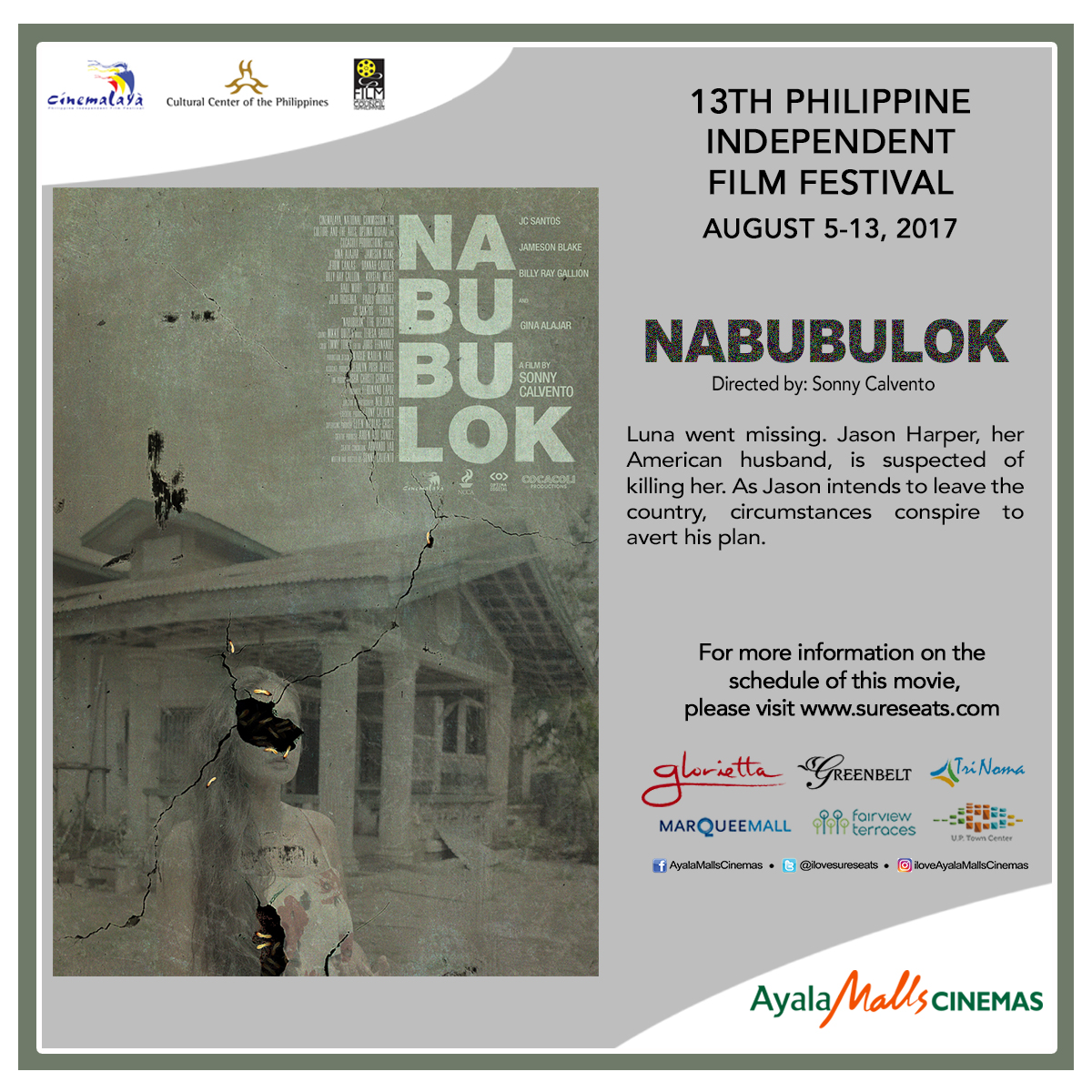 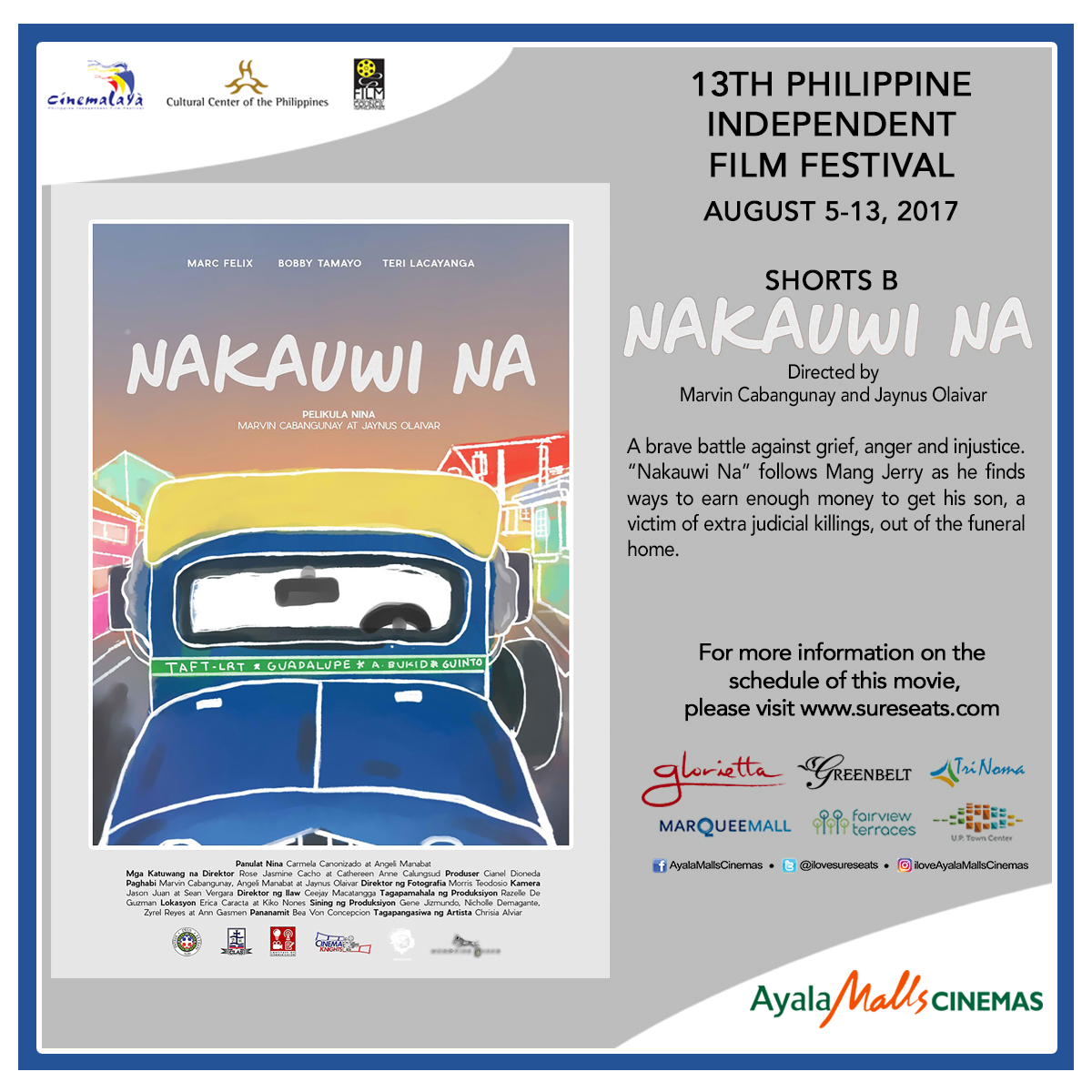 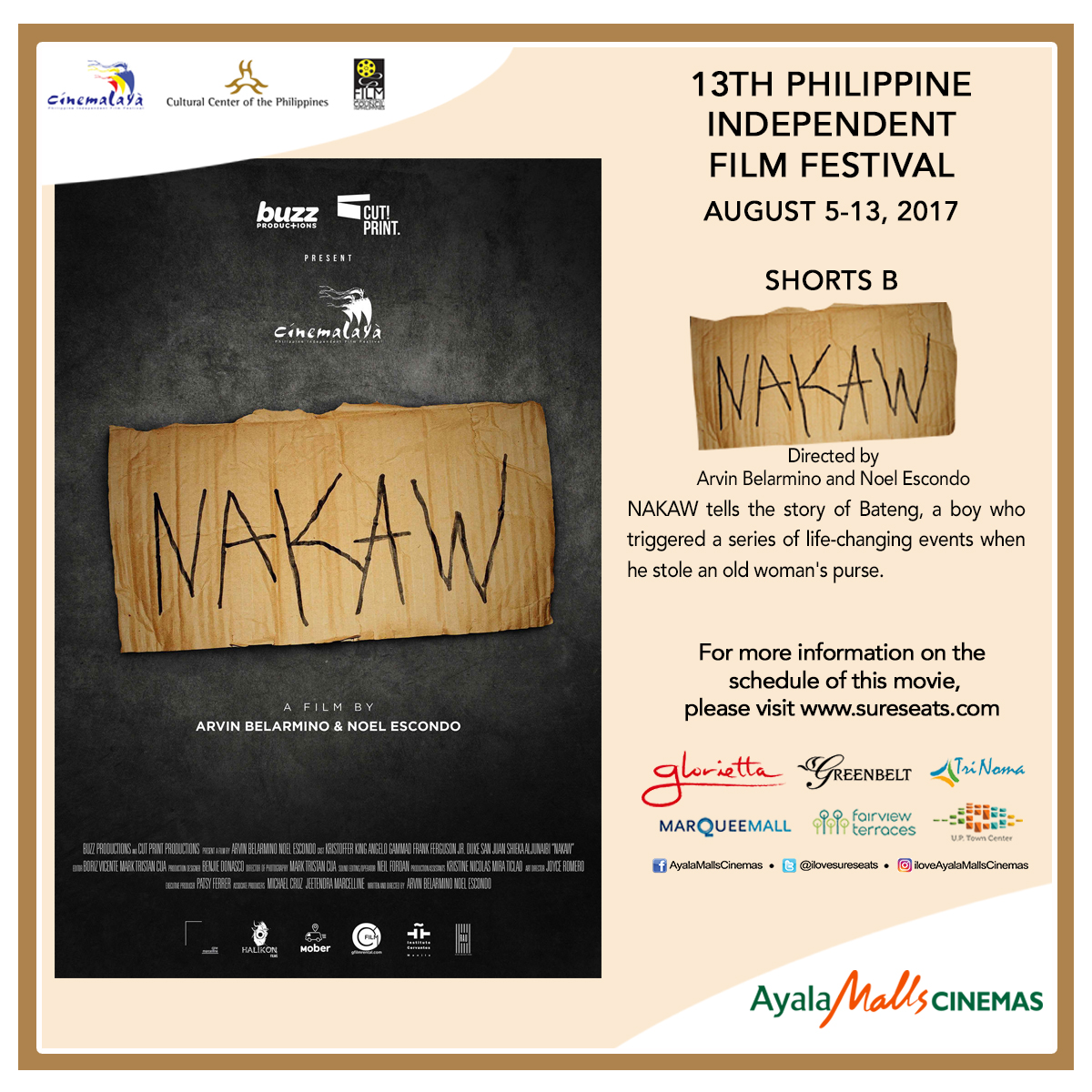 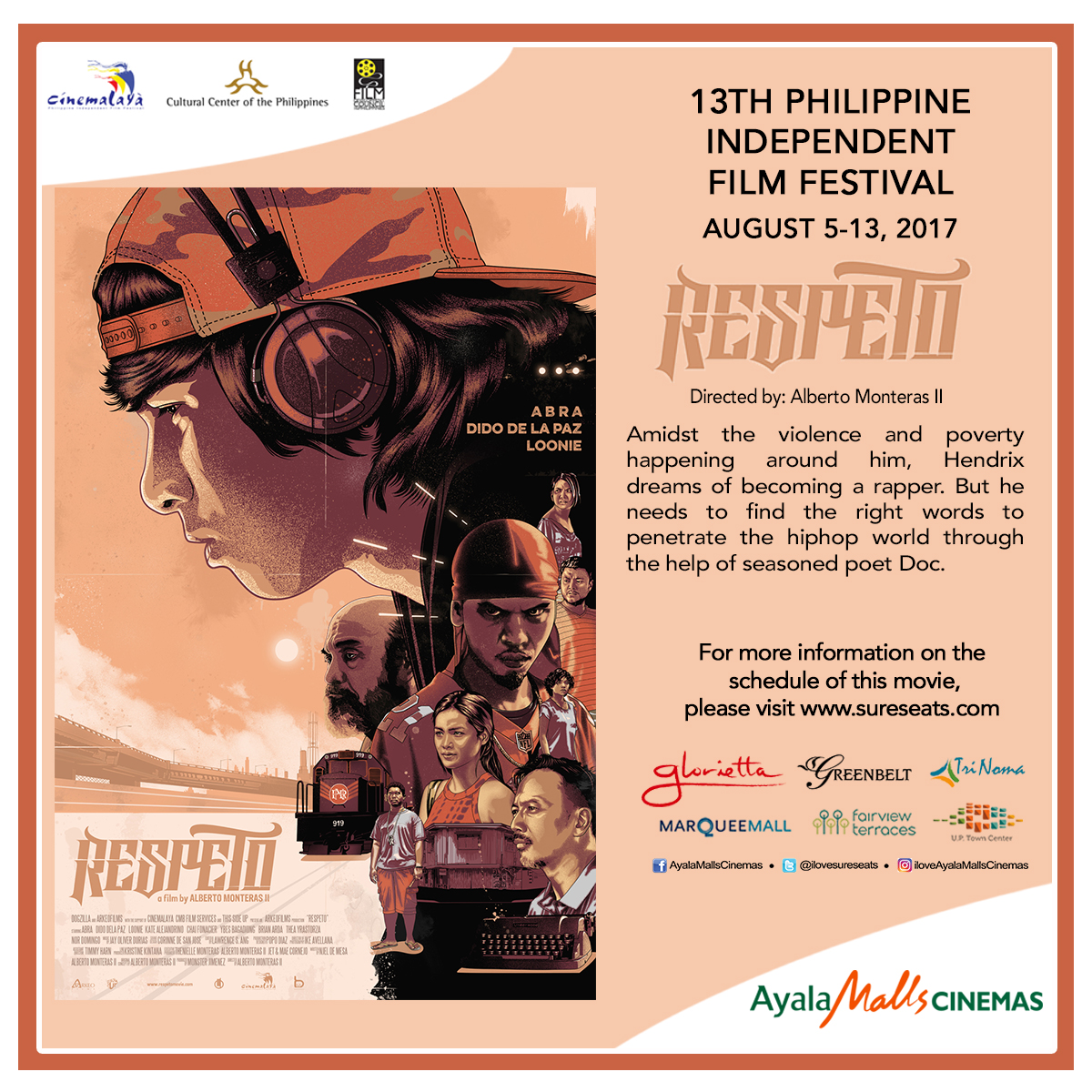 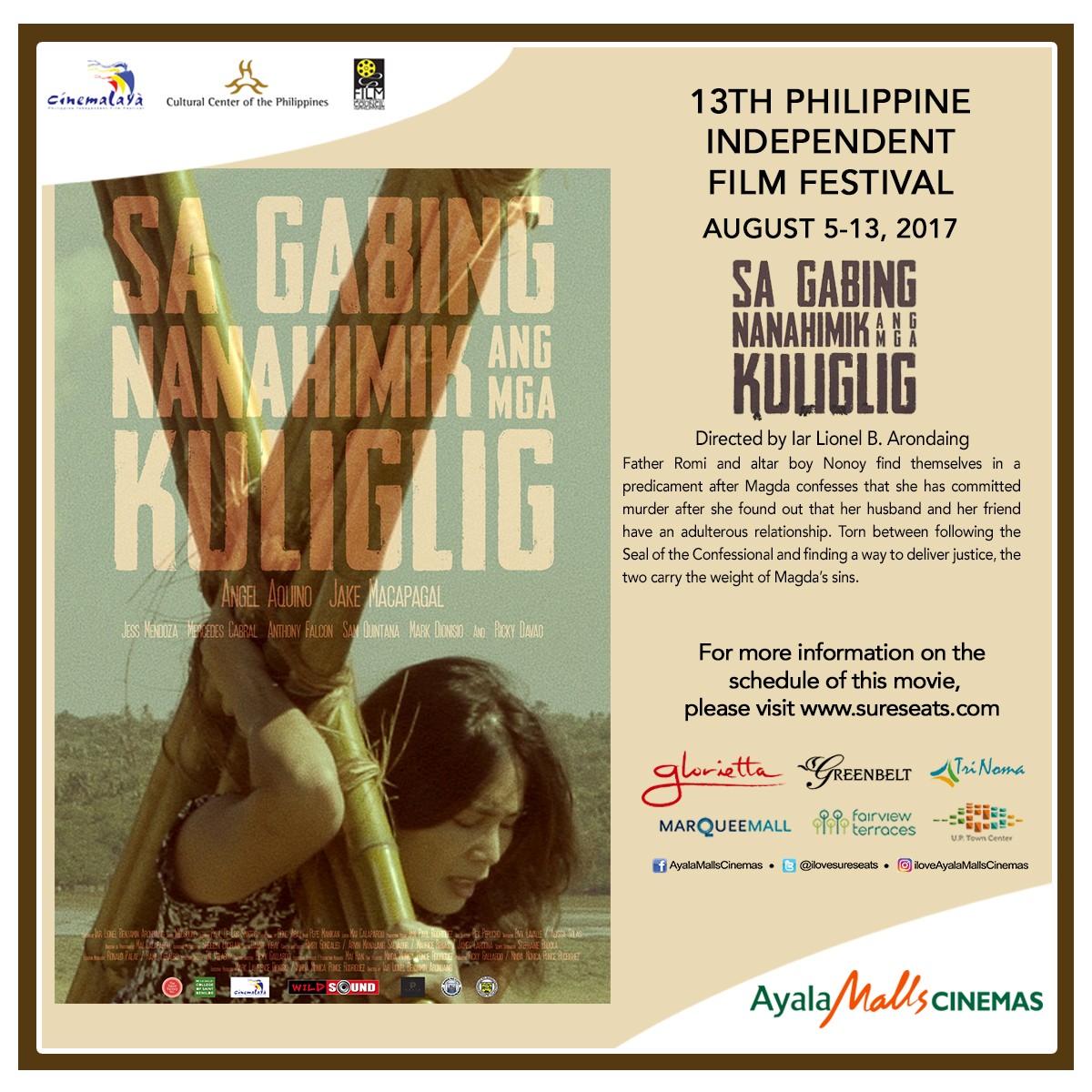 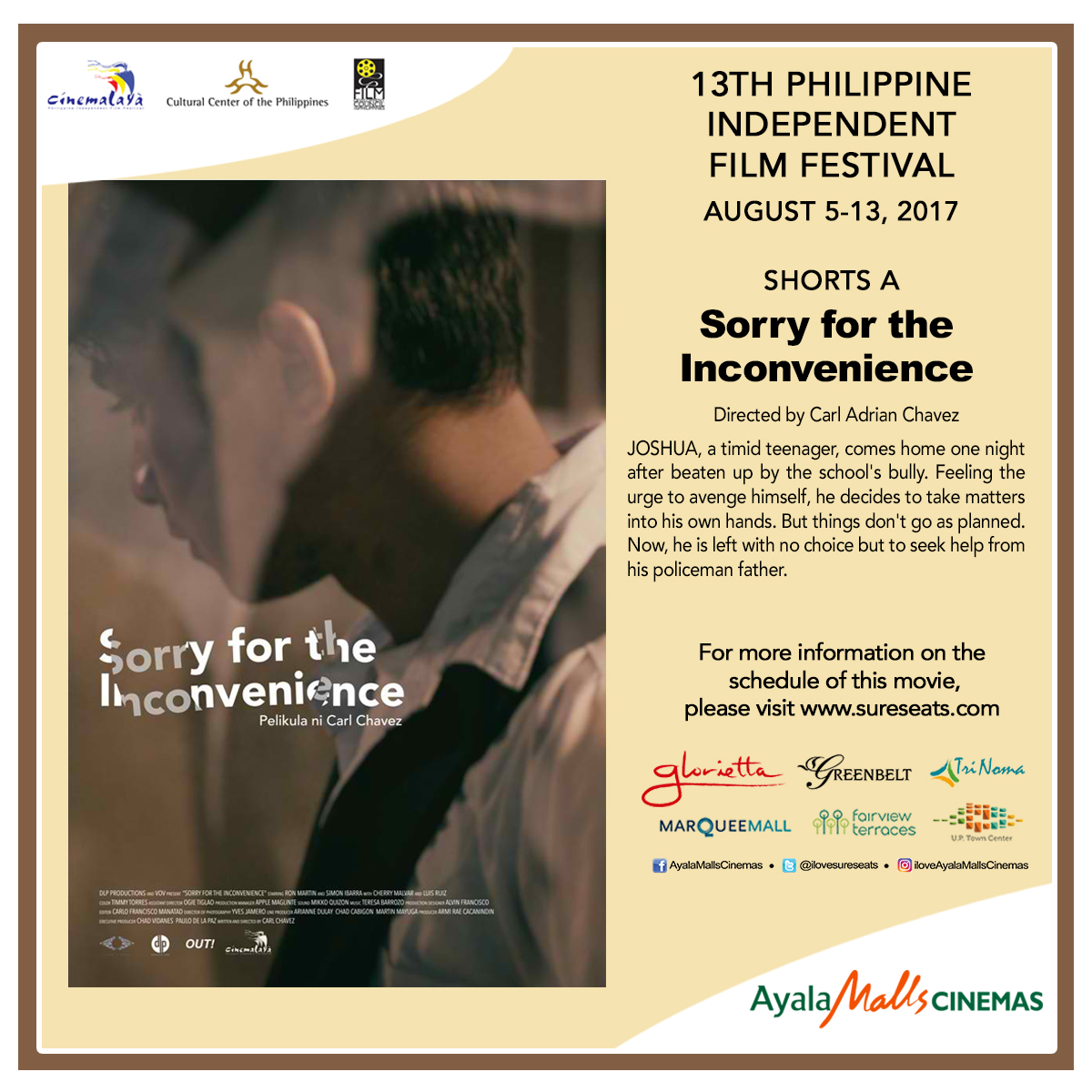 For the first time in the history of the festival, twelve films (instead of 10 in the past) have been selected to compete in the Short Film category – “Aliens Ata” (Maybe Aliens) by Karl Glenn Barit, “Bawod” (Bent) by TM Malones, “Fatima Marie Torres and the Invasion of Space Shuttle Pinas 25” by Carlo Francisco Manatad, “Hilom” (Still) by P.R. Patindol, “Islabodan” (Free Men) by Juan Carlo Tarobal, “Juana and the Sacred Shores” by Antonne Santiago, “Lola Loleng” (Grandma Loleng) by Jean Cheryl Tagyamon, “Manong ng Pa-aling” (Man of Pa-Aling) by E del Mundo, “Maria” by Jaime Habac Jr., “Nakauwi Na” by Marvin Cabangunay and Jaynus Olaivar, “Nakaw” by Arvin Belarmino and Noel Escondo, and “Sorry For The Inconvenience” by Carl Adrian Chavez.

“We at Ayala Malls Cinemas believe in the great talent of our Filipino filmmakers, and we want to help them reach out to a variety of audiences by making Cinemalaya available in our cinemas,” said Amir V. Precilla, General Manager of Ayala Malls Cinemas.

See the big picture as Ayala Malls Cinemas’ opens its screens for the full slate of this year’s Cinemalaya Film Festival.