ReZirb
Home Entertainment “Narcos” Star Plays Matchmaker-Nurse in “Everything, Everything”

Based on the bestselling book of the same name by Nicola Yoon, Everything, Everything tells the unlikely love story of Maddy (Amandla Sternberg), a smart, curious and imaginative 18-year-old who due to an illness cannot leave the protection of the hermetically sealed environment within her house, and Olly (Nick Robinson), the boy next door who won’t let that stop them. 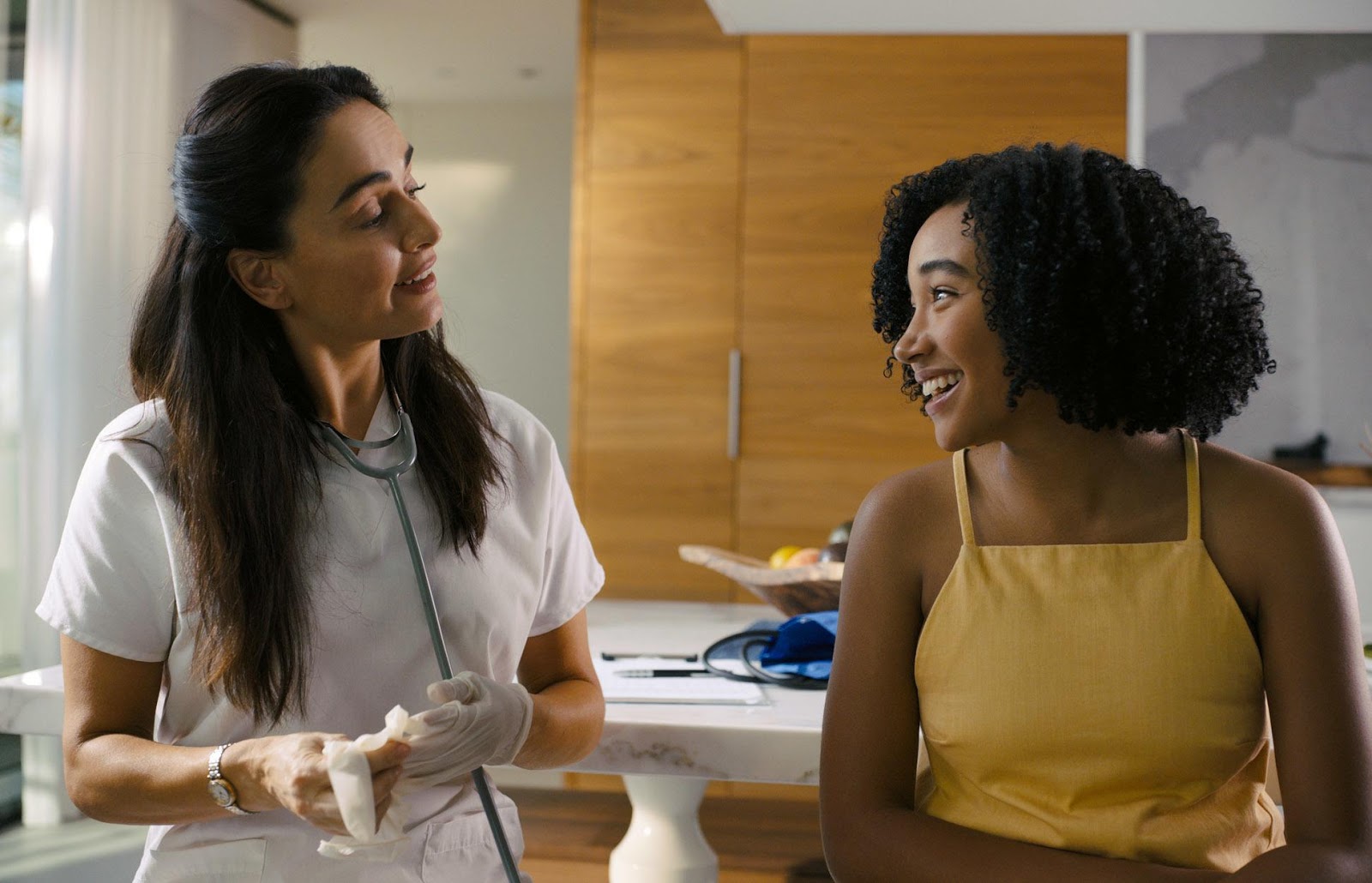 De La Reguera plays, Maddy’s nurse, who has brought sunshine into the girl’s everyday life for the past 15 or so years.

Question: Why did you want to be a part of Everything, Everything?

Ana de la Reguera: The novel was wonderful and deservedly embraced by young people everywhere, and it’s from an interesting author. I also love that it is a movie about all of these different characters, including my character, Carla, that impact the life of this wonderful young woman, Maddy, played by Amandla Stenberg. Maddy and Carla, who’s a nurse treating Maddy at home, become close. So, I was very, very excited to portray Carla.

Q: You mention the relationship that Carla has with Maddy. Carla is Maddy’s nurse, but they’re also friends. How was that to play?

De La Reguera: Carla has known Maddy most of her life—they grew up together. Carla is Maddy’s confidante, and they joke a lot together. I really wanted to make Carla less serious and bring more light and fun to her. She loves making Maddy laugh!

Q: What would you say was the biggest challenge in playing the role?

De La Reguera: I wanted Carla to be relatable and make sure the audience understands the friendship between her and Maddy. But I was careful not to make it look silly, and I really hope people enjoy Carla.

Q: What was it like acting opposite Amandla Sternberg who plays Maddy?

De La Reguera: It was great. Amandla is a super-smart young woman who carries so much of the film on her shoulders. She was always prepared and professional. I think she’s going to have an amazing career. It was great to work with Amandla and share time with her. 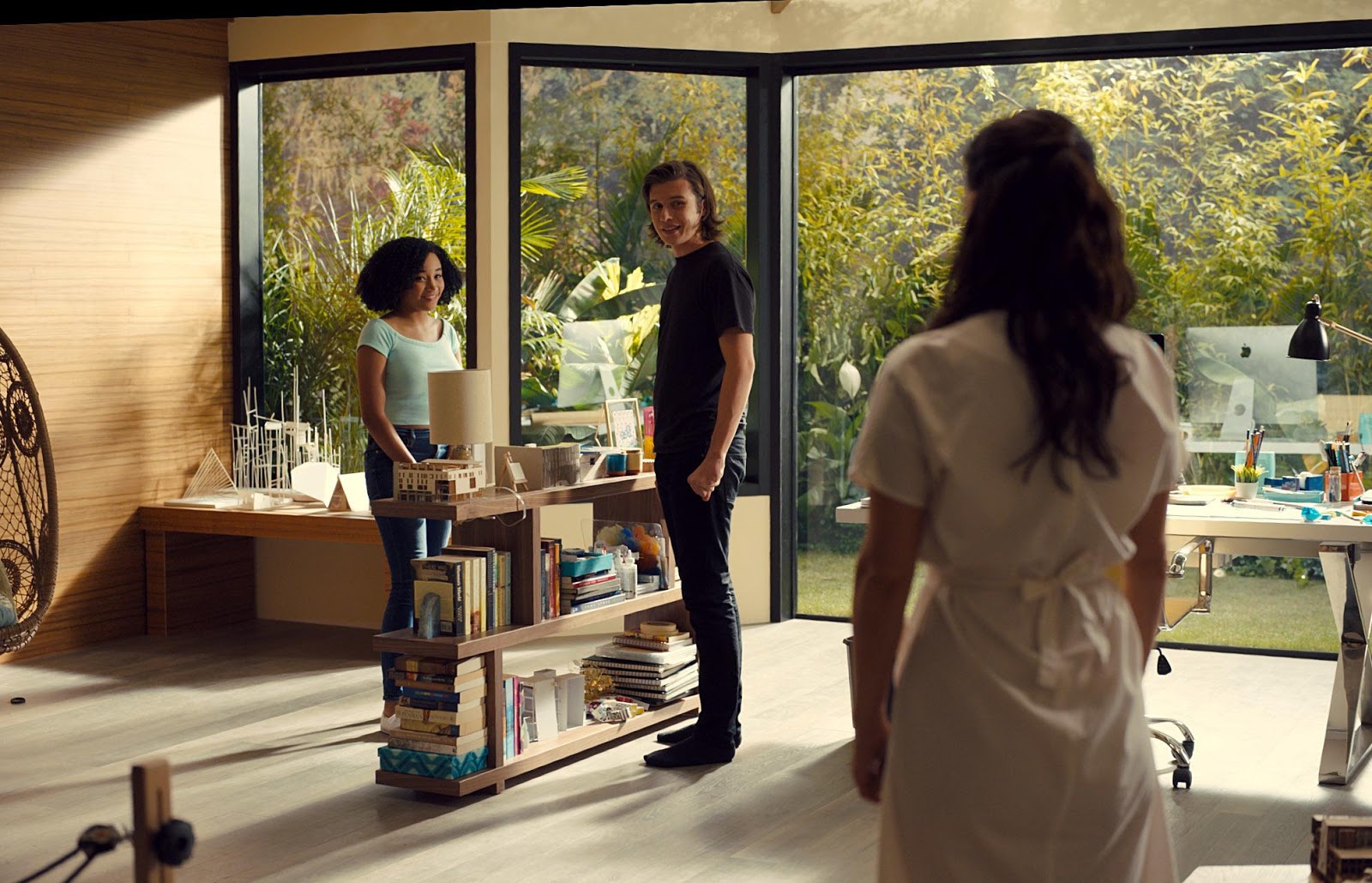 Q: Looking back on the experience of making the film, was there anything that was particularly challenging or fun to play?

De La Reguera: It was exciting to play a scene where Carla arranges for Maddy to meet Olly, played by Nick Robinson. I knew that was the moment in the movie that everyone is going to be waiting for.

Q: What do you hope audiences experience when they see Everything, Everything in the cinema?

De La Reguera: I think audiences are going to fall in love with Maddy and Olly, and with Amandla and Nick. They really have a special chemistry, and they’re beautiful together. I think that’s what you want in love—to find someone who you connect with. With just one look, something special happens. Everyone will relate to that because everyone has had a moment like that, or if they haven’t, they want to!