Theron attests that, with “Mad Max: Fury Road,” Miller has forged a totally new vision that stands alone, even in the wake of its rich legacy. “George has truly reimagined a world he loves with this film. Anyone can enter it and experience something spectacular. There are some nice little gems in there for people who love the movies, and, at the same time, I think he’s created something that will resonate with a new generation that didn’t grow up with ‘Mad Max.’ That’s the beauty of ‘Fury Road.’”

In the film, what’s left of humanity roams the Wasteland in wild tribes or clings to survival at the foot of the Citadel, a fortress spun into a cave system where water is pumped from the only aquifer for miles around.

It’s at the Citadel that we meet Furiosa, whose rage will trigger the coming Road War. Furiosa’s journey as a female warrior in a world that enslaves women is what first pushed Miller onto the path to realizing “Mad Max: Fury Road,” and the director says Theron made her struggle very real. “Charlize is a very strong woman, not just physically but also in spirit,” he notes. “At the same time, you recognize her vulnerability. It’s not a mask. Charlize is unmistakably a woman, but this is a character who makes no concession to being female. Her life has been one of sorrow and pain, but there’s no time for reflection. She just has to go out there and be hardcore, and Charlize has the passion and skill as an actor to go there without fear.” 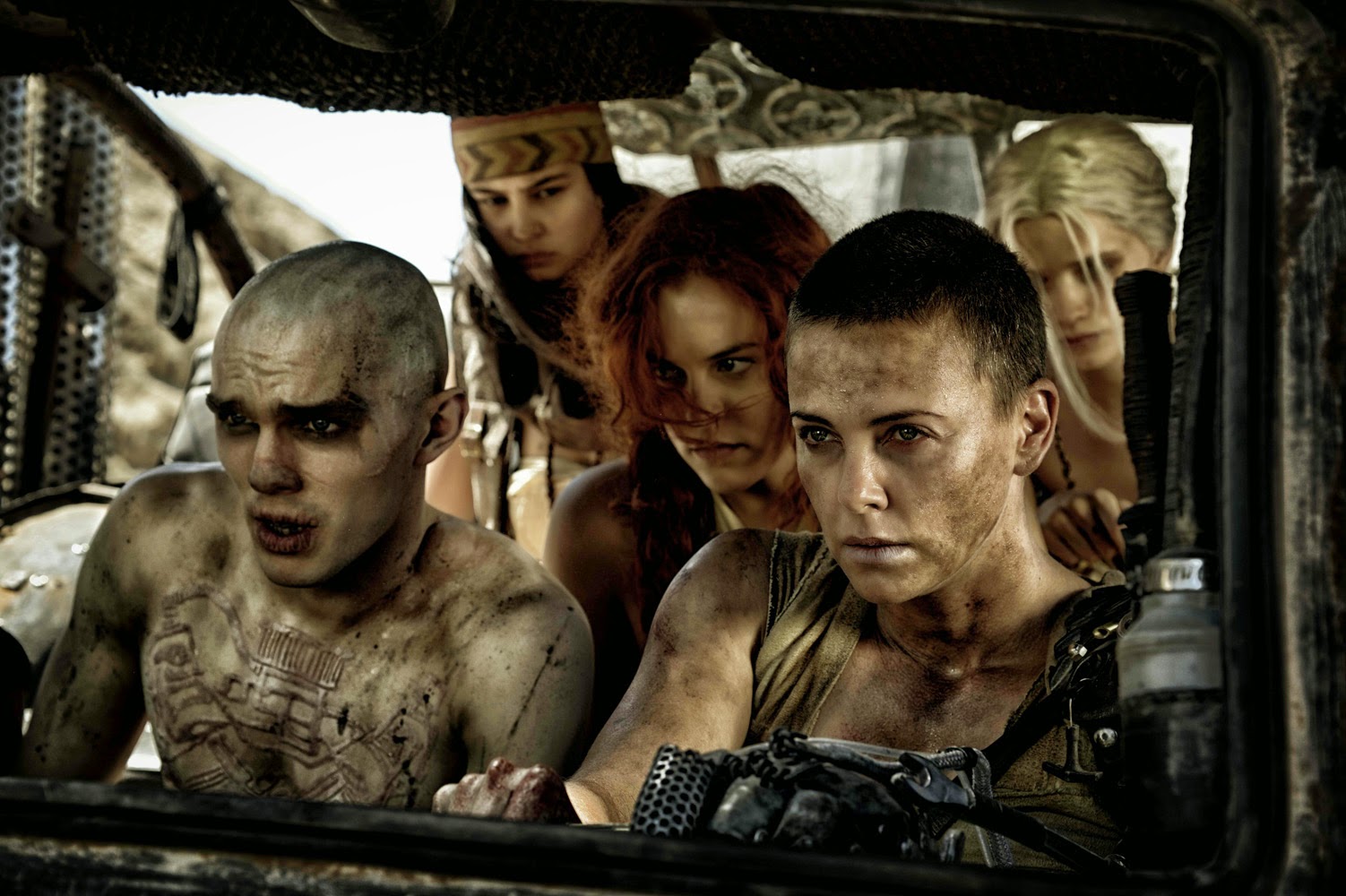 In Furiosa, Theron felt Miller had conjured an alpha female unlike any other she’d seen, especially in an action setting. “When George told me he wanted to create a female Road Warrior who can stand next to this very iconic character as his equal, I believed him and he didn’t let me down. The material allowed for two characters who don’t fall for each other, or even become friends, because there is no room for relationships in this place.”

That collision became even more combustible with Hardy in the mix. “There’s an elated feeling when you’re bringing that dynamic to life opposite an actor like Tom Hardy, who is playing at such an impressive level,” she shares. “You really want to set the bar with him.”

For Hardy’s part, the emotion Theron layered into the character, with minimal dialogue and near-constant action, left him awe-struck. “Charlize is a heavyweight,” he states. “There are very few actors on the planet who can deliver such tremendous strength and presence but also a tremendous amount of vulnerability.”

“We didn’t breathe for six months while making this film,” Theron confesses. “But doing something this challenging and this epic is what George thrives on. He sees possibilities others never would have seen.”

In “Mad Max: Fury Road,” haunted by his turbulent past, Mad Max (Tom Hardy) believes the best way to survive is to wander alone. Nevertheless, he becomes swept up with a group fleeing across the Wasteland in a War Rig driven by Imperator Furiosa (Charlize Theron). They are escaping a Citadel tyrannized by the Immortan Joe, from whom something irreplaceable has been taken. Enraged, the Warlord marshals all his gangs and pursues the rebels ruthlessly in the high-octane Road War that follows.

Massive Ape-Hunt In “War For The Planet Of The Apes”