Take a shrewd street thug with an irreverence for authority, yank him out of his barebones existence and surround him with otherworldly magic and colossal creatures, then advise him that he is, in reality, a king who must fight for his life, and you have Arthur—né Pendragon—a man meant to be a hero but struggling with his very identity, even as he attempts to stay alive.

King Arthur: Legend of the Sword introduces an Arthur who was raised in a brothel on what would definitely be considered the wrong side of town. Now he runs the back alleys of the city with his gang of friends, completely unaware of his true provenance. But as bad luck would have it, Arthur is shipped off to Camelot where he, like every man of a certain age, is put to a test: to pull a sword from a stone, a futile effort for most as only one man among them can complete the task. Finding him is the true test; passing that test is a death sentence. And in his rush to take his turn so he can return to his present life, Arthur quickly comes face to face with the one thing that can reveal to him the truth of his past and the possibilities for his future. 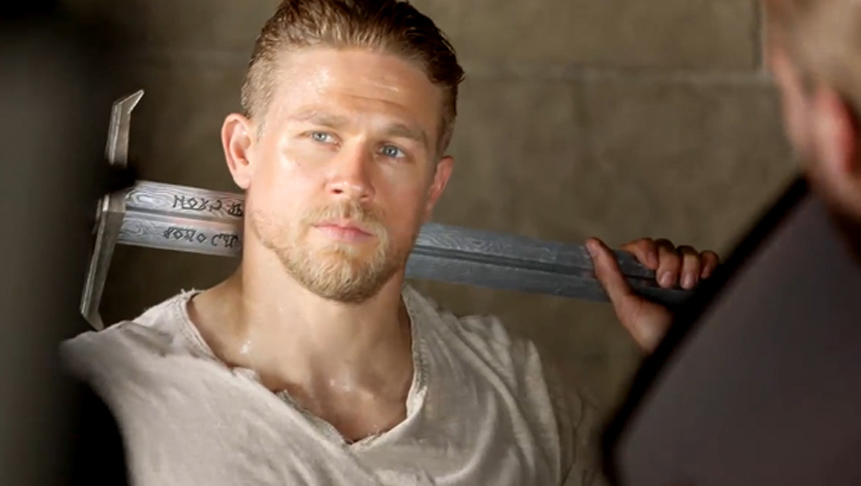 If only he wanted to know.

“As far as he knows, Arthur was always poor; he’s had to take anything he wanted, he’s never been given anything,” Hunnam offers. “When he grasps hold of Excalibur, it overpowers him in every way, and he rejects it and anything that comes with it. He doesn’t even take it seriously. He doesn’t want the responsibility.”

Not so for Hunnam, says Ritchie. “I’ll tell you what’s great about Charlie—everything. He worked very hard and he never moaned for a second, even though we asked him to do some pretty tough stuff. He’s a decent, kind, thoughtful and talented human being. I liked him at the beginning of production, I liked him more every day and I adored him by the end.”

The admiration went both ways. “This was the best experience on a film I’ve had so far, and that’s because of Guy,” the actor says. “I had a blast, and it was a great learning experience and a real period of growth for me. Guy makes decisions in real time, immediately coming up with a solution if something’s not working. The environment comes alive to him and he works with the actors in a very instinctual way. If I came up blank on any given day, he always had ten ideas.” 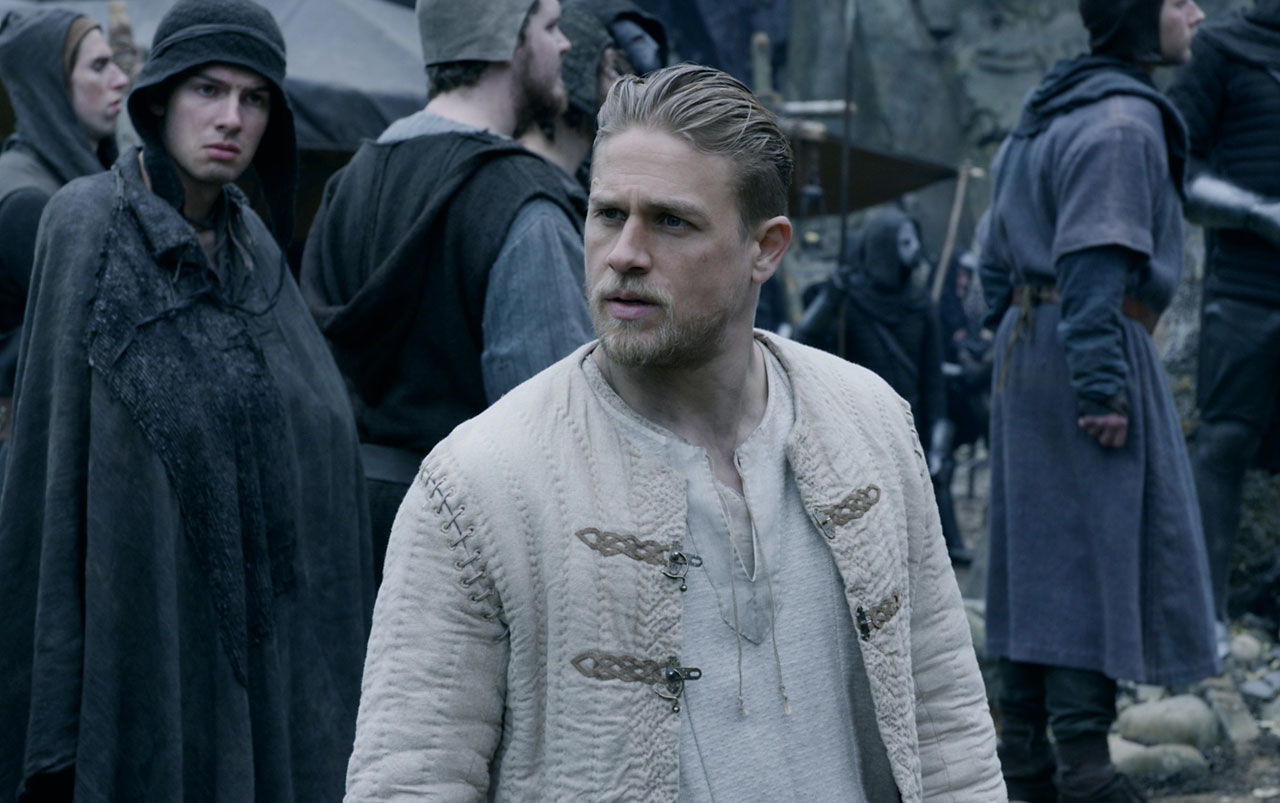 Just as Excalibur plays a part in leading Arthur to his fate, Hunnam reveals, “It was instrumental for me in crystalizing the dream I had of becoming an actor. I watched all the films about the Arthurian legend over and over again when I was about six or seven. I actually had an Excalibur that I carved out of wood so I could play Arthur. So, to then be on a set in a version of Londinium playing King Arthur for real was pretty wild.”

Having spent some ten years in the United States, the Newcastle native found acting without an American accent, and then determining the appropriate manner of speaking for the character, to be an unexpected, yet invigorating, challenge. “We talked a lot about what Arthur’s accent should be and decided that a received pronunciation, be it contemporary or historical, would be wrong. We then looked at having him speak like a cockney geezer and thankfully abandoned that, too,” he laughs.

“Since Arthur comes from royal blood and would have heard that elocution in early childhood, but then is thrust out on his own and exposed to a lot of street talk in the city, we put his accent somewhere in the middle,” Hunnam reflects, “somewhere between Vortigern’s posh-sounding talk and Arthur’s own cockney crew.”