In the near future, Major (Johansson) is the first of her kind: A human saved from a terrible crash, who is cyber-enhanced to be a perfect soldier devoted to stopping the world’s most dangerous criminals. When terrorism reaches a new level that includes the ability to hack into people’s minds and control them, Major is uniquely qualified to stop it. As she prepares to face a new enemy, Major discovers that she has been lied to: her life was not saved, it was stolen. She will stop at nothing to recover her past, find out who did this to her and stop them before they do it to others. 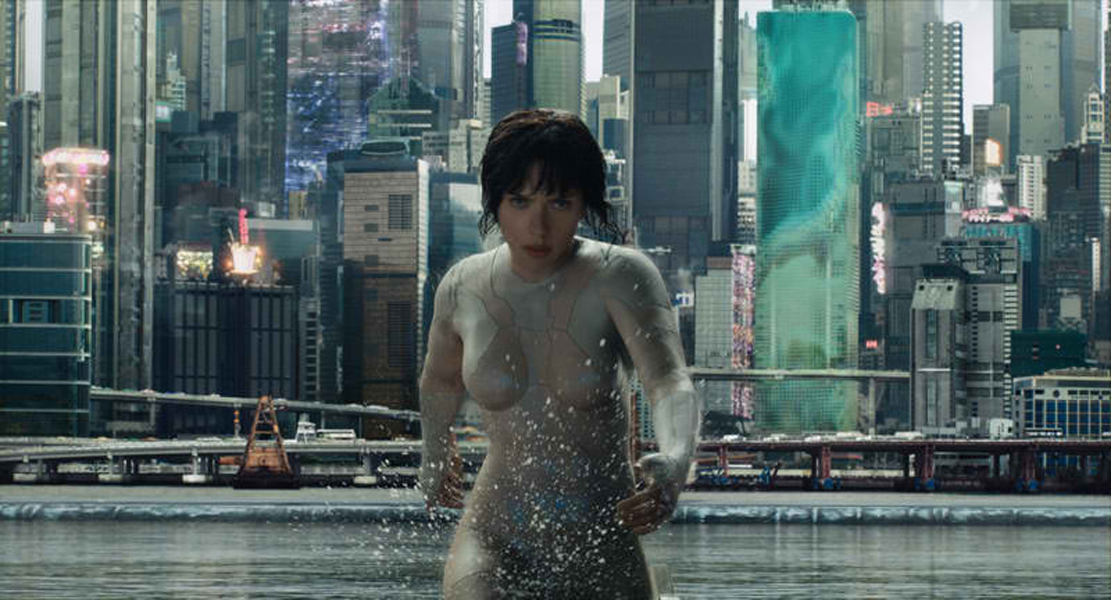 Johansson brings the central character an inner life that director Rupert Sanders felt was largely absent in her animated incarnation. “In the anime, the Major is quite distant and that’s beguiling and mysterious,” he says. “But with this film, we need to understand what she’s going through. Our story brings the audience into what is happening with her internally and allows the character to grow.

“Scarlett brought a childlike quality to the character, which is very important because this is a Pinocchio story in a way,” the director continues. “Scarlett’s very clever at allowing us little moments where we’re able to get into the character, then she pushes us away again. To me, Scarlett is the cyberpunk queen.”

Producer Ari Arad notes that of all the film’s characters, Major is the one whose life has been transformed the most by technology. “She revels in being the most extraordinary person in the world, but at the same time you get a real sense of the weight that she carries. Scarlett perfectly captures Major’s emotion, humor and intensity.” 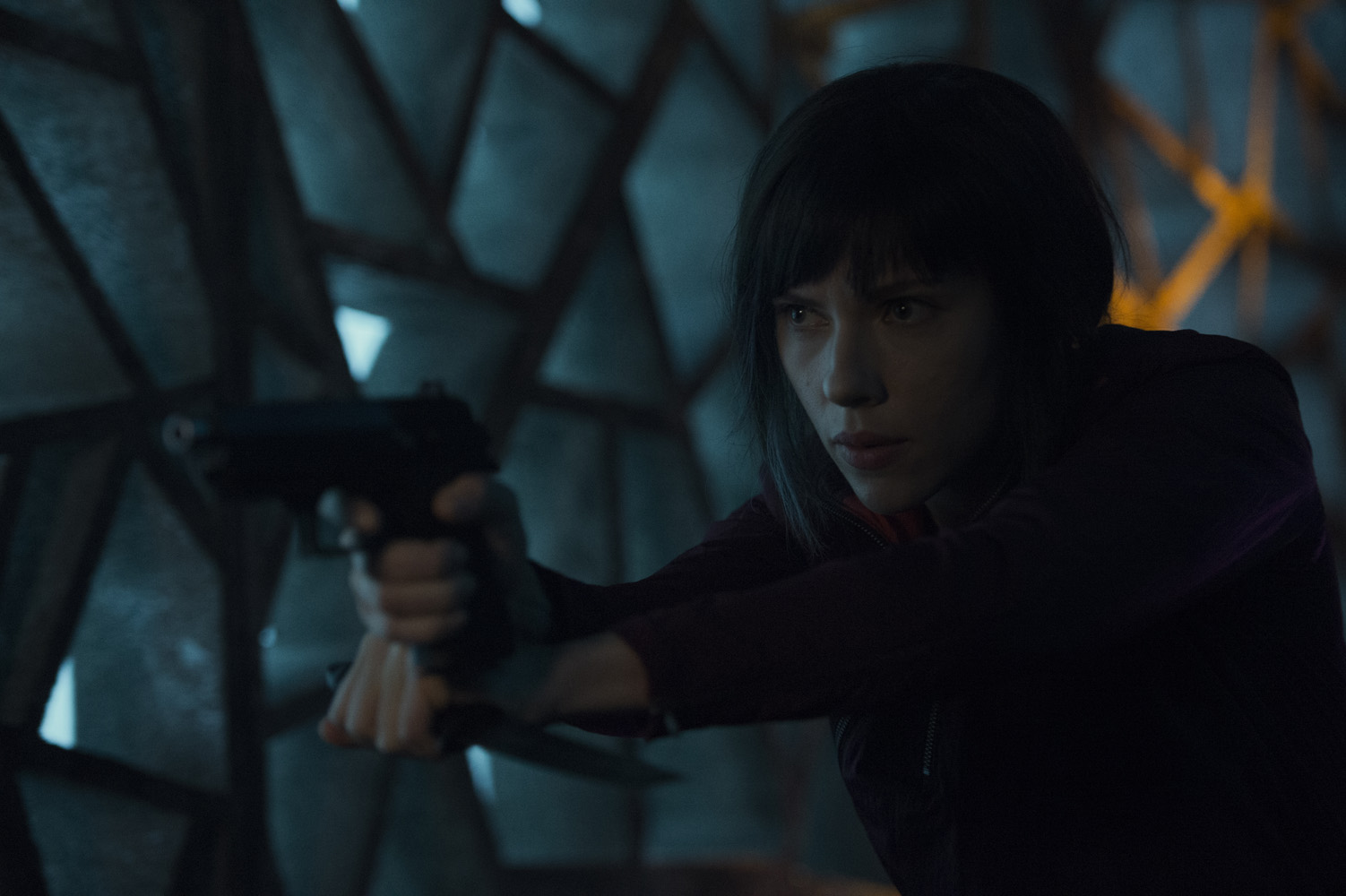 Fighting cyberterrorism unexpectedly puts Major on a path to self-discovery, says Johansson. “Rupert and I talked a lot about her quest for self-identity and the need to know the truth about where she came from. This character comes to believe that she has both a life she’s been given, and a life that she chooses. That’s the real reason I wanted to do this film. Finding one’s true identity, the feeling of isolation that is part of the human experience, as well as the connection that we all share — these are always relevant themes.”

The actress was also drawn to the extraordinary visuals Sanders developed for the film. “That’s what clinched the deal for me,” says Johansson. “What he has created is not just an homage for the fans. There’s a new feeling to this film. It’s not the pristine future that we sometimes imagine. Humanity has engulfed itself, like a snake eating its tail. Cities are built upon cities, people made out of other people and computers.”

Producer Michael Costigan says that Johansson was the only actress he ever envisioned in the role. “This character has to have humanity and yet also this otherness to her,” says the producer. “She has to both connect with the audience and keep them at a distance. We could not think of anyone other than Scarlett who could do that. We really campaigned to get her into the film.” 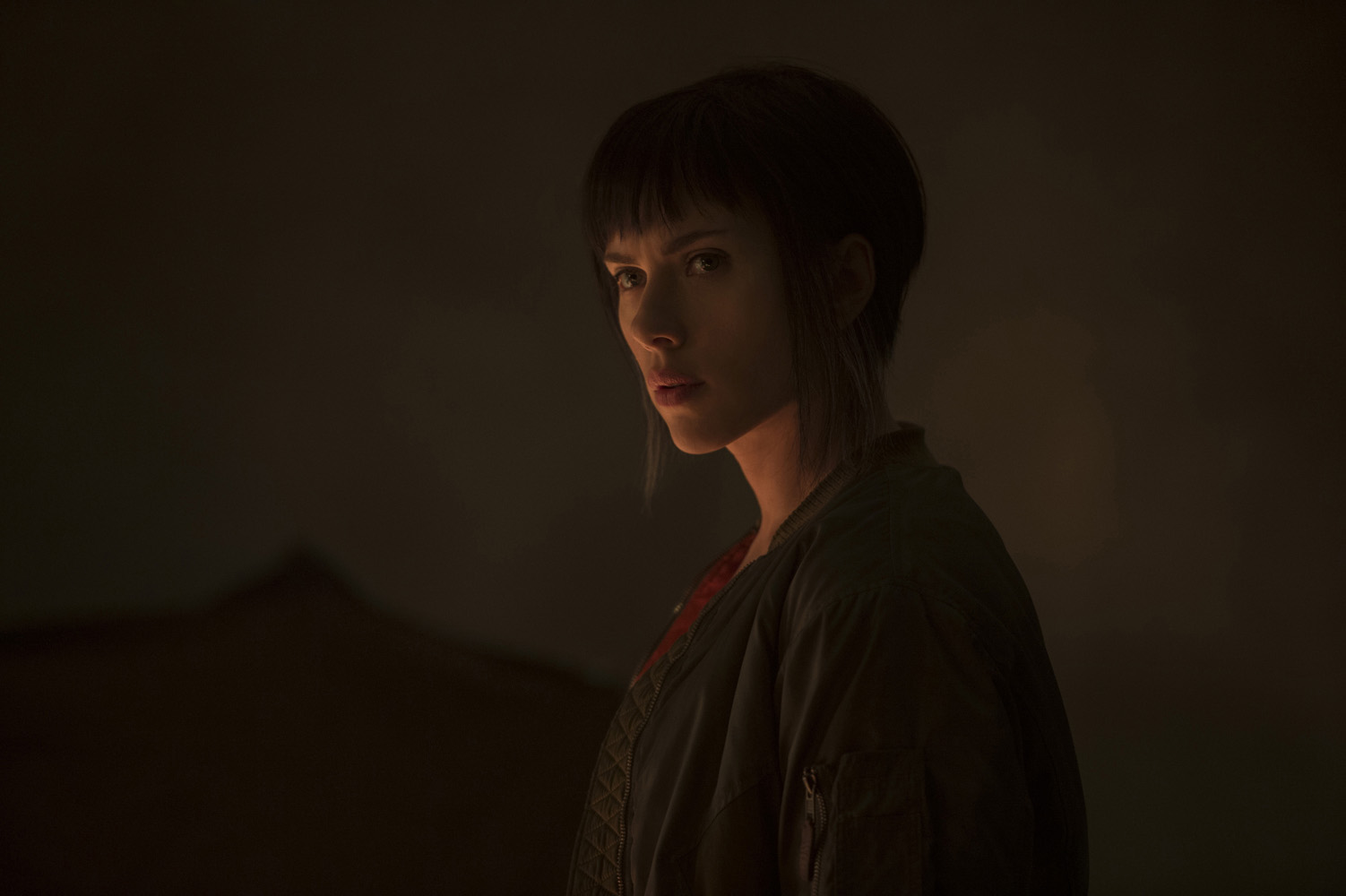 Mamoru Oshii, who directed the Ghost in the Shell anime, praises the actress for her ability to portray a character whose mind and body are not in synch. “Major has a fierce, combative side, but she is also plagued by insecurity. She’s not entirely human, but not a robot either. Scarlett can say so much with her eyes. She is so close to my original vision for the character. This role was for her, and nobody else could have played it.”