Dax Shepard (The Judge, This is Where I Leave You) capably multi-tasks as actor, producer, writer and director of Warner Bros. Pictures’ new adult action comedy CHIPS.

Shepard plays Jon Baker, the oldest rookie to ever join the California Highway Patrol, CHP for short. As his supervisor points out, Baker may not seem like an obvious candidate for the job—that is, until his fellow recruits see him ride.

Clearly, “The Baker” is still a force to content with on the road, but, says Shepard, “As an X-Games motocross competitor he had sponsors and fans; he had the money and the glory and the great life. That’s all over now. He’s had about 20 surgeries, broken a lot of bones, and he’s not in the best physical shape. He’s in a transition period.” 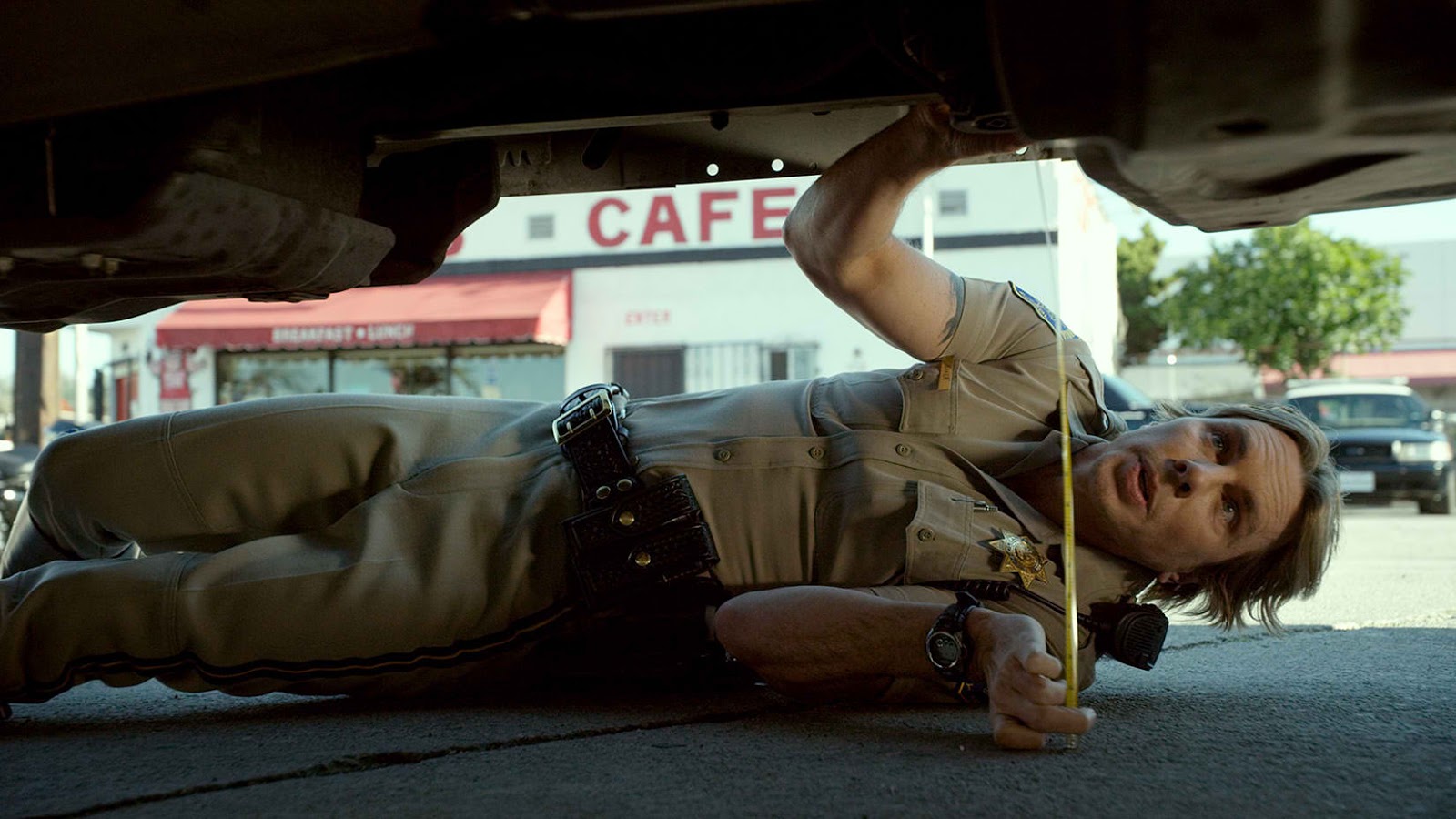 Indeed, Jon’s a mess. But, fueled by optimism, prescription meds and a single-minded desire to make good and win back his ex-wife, he’s ready to face any challenge or humiliation with everything he’s got. For now, that means playing it by the book, keeping his nose clean and writing lots of tickets. Just one problem: he’s stuck on day one with a take-charge partner – Francis Llewellyn Poncherello (Michael Pena), aka Ponch — who doesn’t give a damn about any of that.

Mostly, Jon is still reeling from the breakup of his marriage. Karen (played by Shepard’s real-life wife Kristen Bell), is a trophy from his heyday that he can’t let go. He’s convinced he can get her back once he gets out of his slump, so he continues to live in the tiny guest room behind the luxury home they once shared, and that Karen still occupies, just to remain close. And, in spite of her total lack of interest, Shepard offers, “he continues to attend couples therapy. Alone.”

At the same time, the former star athlete is focusing on a new career path he hopes will make his ex take notice. The only thing he really knows how to do is ride a motorcycle, so he picks a profession for which that advantage might tip the odds in his favor. 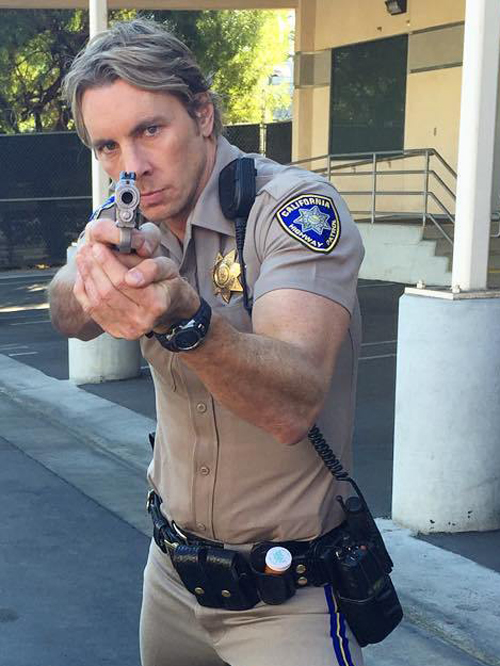 It helped that Shepard was writing about something he loves—motorcycles—and that he knew the players. “I started this project knowing Michael and I were Ponch and Jon, so I could play to our strengths. A lot of times you’re writing in a vacuum because you don’t know the cast, but I could be more specific here. My passion is motorcycles and cars, so I knew we’d be doing a lot of riding, and that gave me the freedom to write scenes where we’re talking trash over a chase. All of that definitely informed the kind of story I was going to tell.”

Shepard was committed to showcase a range of stunts with high-performance machines. “I wanted great motorcycle action from a variety of disciplines, so we have motocross-style stunts, road race stunts, drifting, a lot of different things,” he lays out. “We needed bikes that could jump and corner tight with amazing speed and braking, bikes that could handle stairs. But I couldn’t do those things on stock CHP bikes because the logic wouldn’t hold up. The bad guys could have whatever they wanted, and that was a completely different vibe, but I had to figure out how to get Jon and Ponch onto cool motorcycles to catch up with them. That introduced the premise of Ponch being undercover FBI.”