Sing, the new musical comedy from Universal Pictures and Illumination Entertainment, is up for two major honors at the 2016 Golden Globe Awards happening on January 10, 2017.

Reacting to the double nominations, Illumination founder and Sing producer Chris Meledandri said, “From Santa Monica to Paris, the entire Illumination team is overjoyed. On behalf of my producing partner Janet Healy and our exceptionally talented writer director Garth Jennings as well as everyone at Illumination Mac Guff and our partners at Universal, I want to thank the HFPA for recognizing the work of all of the artists who created SING as well as the legend Stevie Wonder for giving us ‘Faith.’”

Just like Pharrell Williams’ “Happy” from Illumination’s Despicable Me 2, “Faith,” performed by Wonder featuring Ariana Grande, is as powerful as it is infectious. Produced by multiple Grammy Award-winning producers Ryan Tedder and Benny Blanco, the film’s end title song is synonymous with never giving up. Tedder discusses its import: “There’s an uplift and inclusion to this song that bridges generations. With Ariana’s range and Stevie’s vocals, ‘Faith’ is the perfect song to give the audience as they take the messages of Sing with them.” 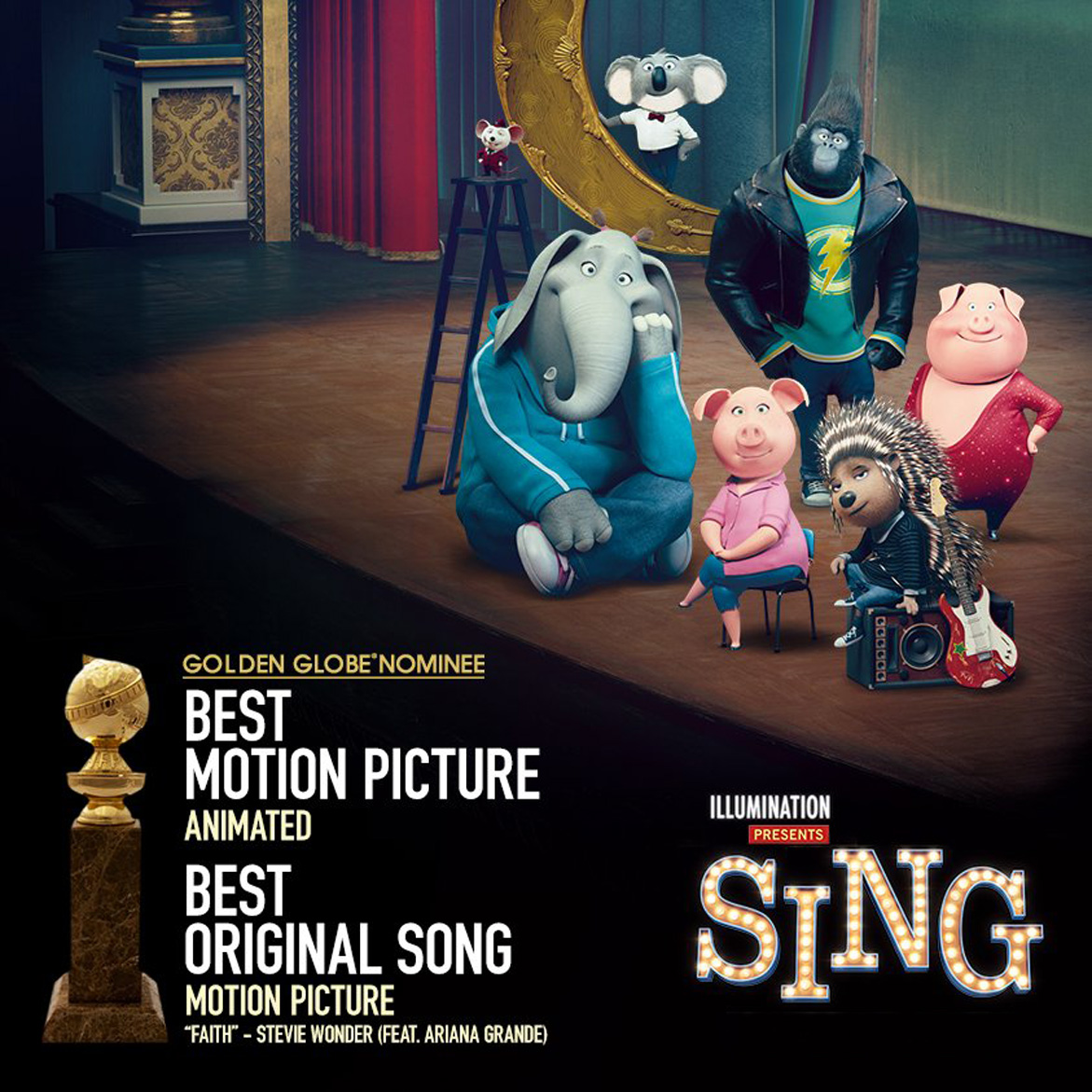 Set in a world like ours but entirely inhabited by animals, Sing stars Buster Moon (McConaughey), a dapper koala who presides over a once-grand theater that has fallen on hard times. Buster is an eternal—some might even say delusional—optimist who loves his theater above all and will do anything to preserve it. Now faced with the crumbling of his life’s ambition, he has one final chance to restore his fading jewel to its former glory by producing the world’s greatest singing competition.
Five lead contestants emerge: Mike (MacFarlane), a mouse who croons as smoothly as he cons; Meena (Kelly), a timid teenage elephant with an enormous case of stage fright; Rosita (Witherspoon), an overtaxed mother run ragged tending a litter of 25 piglets; Johnny (Egerton), a young gangster gorilla looking to break free of his family’s felonies; and Ash (Johansson), a punk-rock porcupine struggling to shed her arrogant boyfriend and go solo. 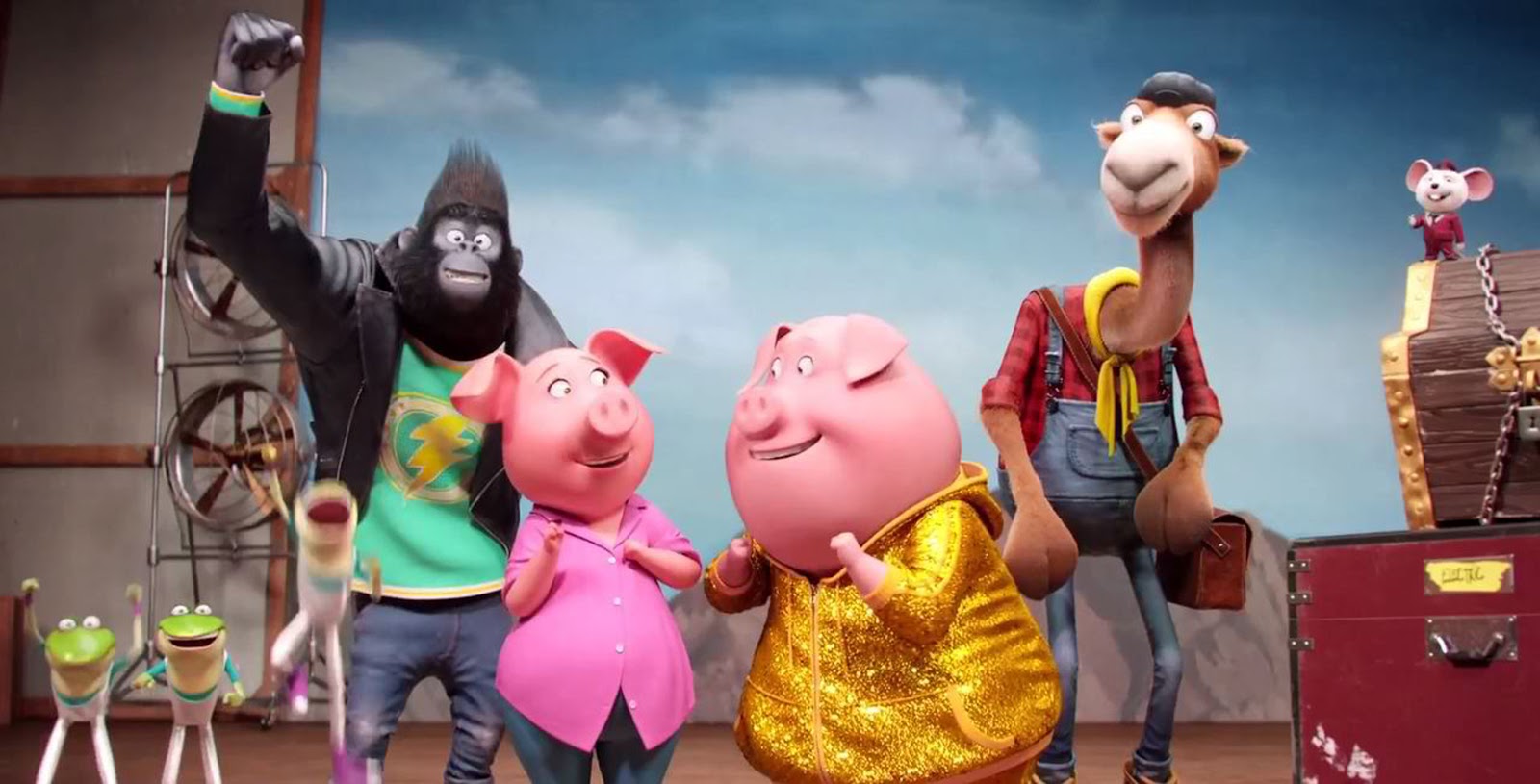