“It’s always good when you can create your own world,” says director Morten Tyldum, who creates a new vision of space travel in Passengers, touted to be the first visually stunning film of 2017. “I’m a huge sci-fi fan, and I also have such respect for the genre, so I wanted to try to do something that had never been done before.”

In the film, Aurora (Jennifer Lawrence) and Jim (Chris Pratt) are two strangers who are on a 120-year journey to another planet when their hibernation pods wake them 90 years too early. Jim and Aurora are forced to unravel the mystery behind the malfunction as the ship teeters on the brink of collapse, jeopardizing the lives of the passengers on the greatest mass migration in human history.

To achieve the film’s extraordinary look, the filmmakers – in Tyldum’s words – had “to both look forwards and backwards.” Looking to the future, they created a spaceship with an intricate design that uses the centrifugal force from spinning blades to create gravity, and contains the robots, holograms, and other technology that the future has in store. To that, Tyldum marries what he calls a “nostalgic design,” inspired by Art Deco, classic Hollywood, and World War II uniforms. “The past is with us – the past inspires us – and I wanted to have the past to be very present in the film. At the same time, it has robots, it’s a smart ship, it has screens, it has AI. By combining this, on a pure aesthetic level, a visual level, I think it’s unique. It feels very sci-fi, but also very grounded, very belonging to our world.”

To make this vision a reality, Tyldum turned to Guy Hendrix Dyas, an Oscar® nominee and BAFTA winner for his work with Christopher Nolan on Inception, and the designer of such varied films as Elizabeth: The Golden Age, Steve Jobs, and Indiana Jones and the Kingdom of the Crystal Skull. Dyas feels he was born to design Passengers; in fact, he was the only designer that Tyldum interviewed for the job.

Since childhood, Dyas had dreamed of building a spaceship inside and out, and Passengers made that dream a reality. The result was a series of enormous, hugely memorable sets that brought the spaceship Avalon to life.

“We wanted to build as much as possible, because this is a character-driven movie, not a movie that is driven by special effects,” says Tyldum. “We have a lot of big spectacle scenes, some mind-blowing effects, but the driving force is the characters and the performances. To get those performances, I didn’t want Jen and Chris to act against green screens – I wanted to build as much as possible so they can actually feel and understand the space they’re in. I think it pays off because it feels more real.”
Producer Ori Marmur recalls, “No one involved in this movie has ever seen anything like these sets. One person walked on and said, ‘People are going to think your set is CG; they’re not going to believe you guys actually built this.’” 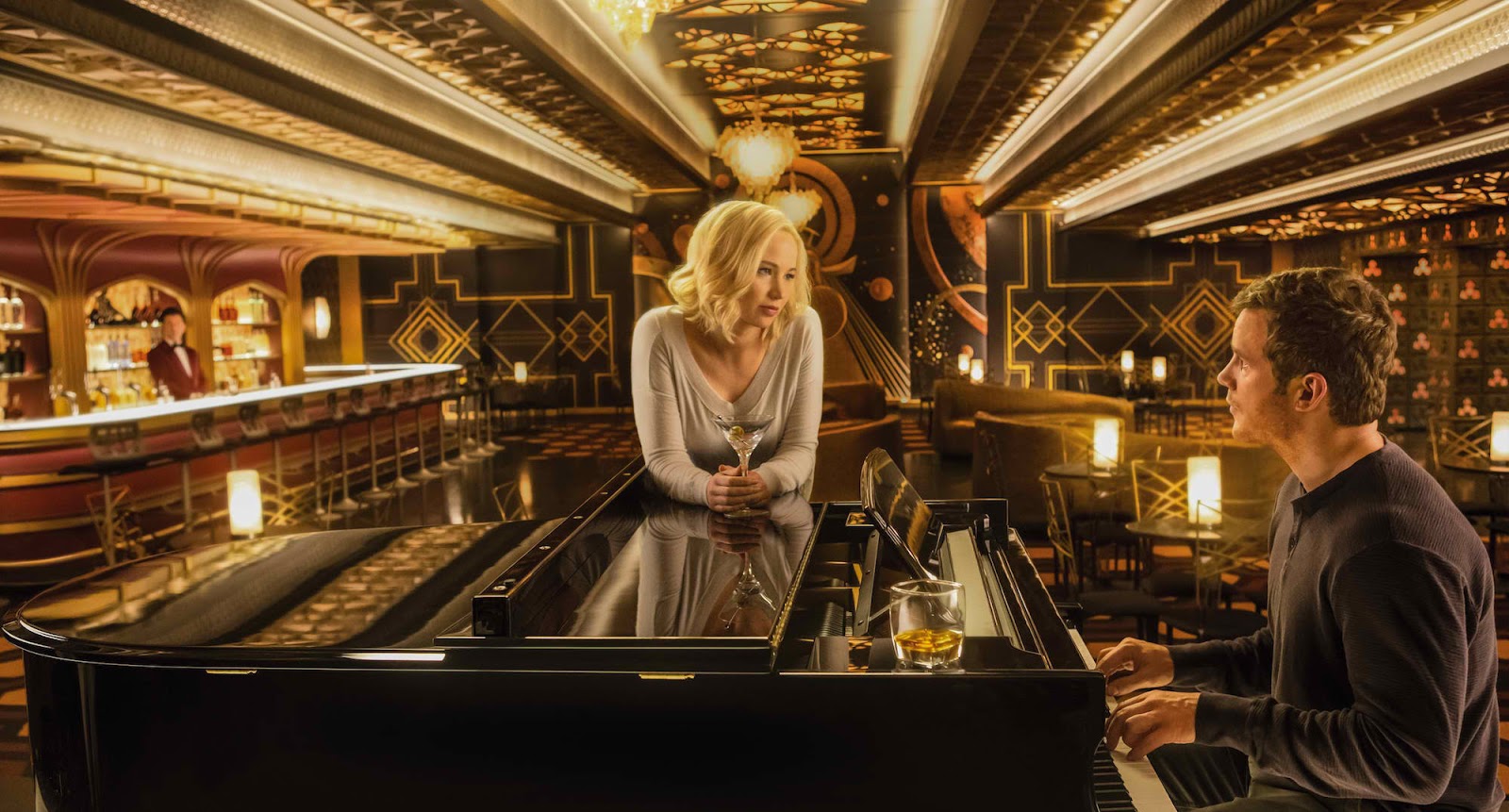 Opening across the Philippines on January 04, 2017, Passengers is distributed by Columbia Pictures, local office of Sony Pictures Releasing International.