Oscar Best Actor winner Matthew McConaughey provides the voice of the optimistic koala Buster Moon who is determined to save his struggling theater despite dwindling audiences, in Universal Pictures and Illumination’s Sing.

While anyone else would have faced reality and switched careers, Buster has an unrelenting drive to succeed, by any means necessary. Well-intentioned, he does have a habit of stretching the truth, which usually widens the hole into which he’s digging himself. Nonetheless, he has an irresistible charm because his passion and optimism are utterly contagious.

For the role of Buster Moon, director Garth Jennings found one name immediately came to mind: Matthew McConaughey, whose career has spanned roles ranging from the deeply dramatic Interstellar and Dallas Buyers Club to the absurdly humorous Dazed and Confused. “Matthew realized quite quickly that in order for his character to work, his optimism had to be infectious,” Jennings states. “He had a way of making Buster incredibly endearing and incredibly relatable.” 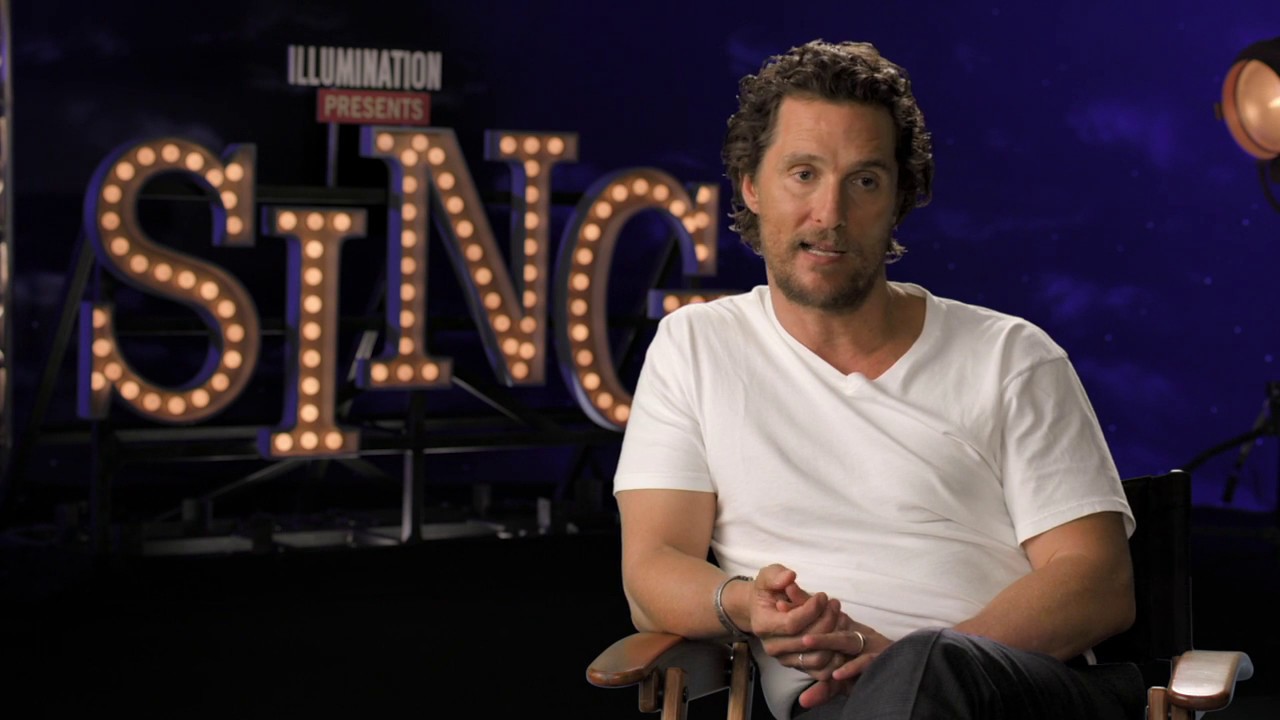 “At the very beginning of the movie, you meet Buster Moon as a six-year-old koala,” Jennings discusses. “He is taken to the theater for the first time by his father, and it completely blows his mind. This experience has a transformative effect, and he grows up desperate to be part of the theater world. We then meet present-day Buster, and he owns the theater that he fell in love with.”

As Jennings and Illumination founder Chris Meledandri developed and shaped the character of Buster Moon, each inevitably found himself inspired by this showman who—through sheer force of will—was attempting to accomplish the nearly impossible. Armed solely with a singular passion to imagine and execute an event that would truly connect with audiences, young and old, Buster is the ultimate creator. 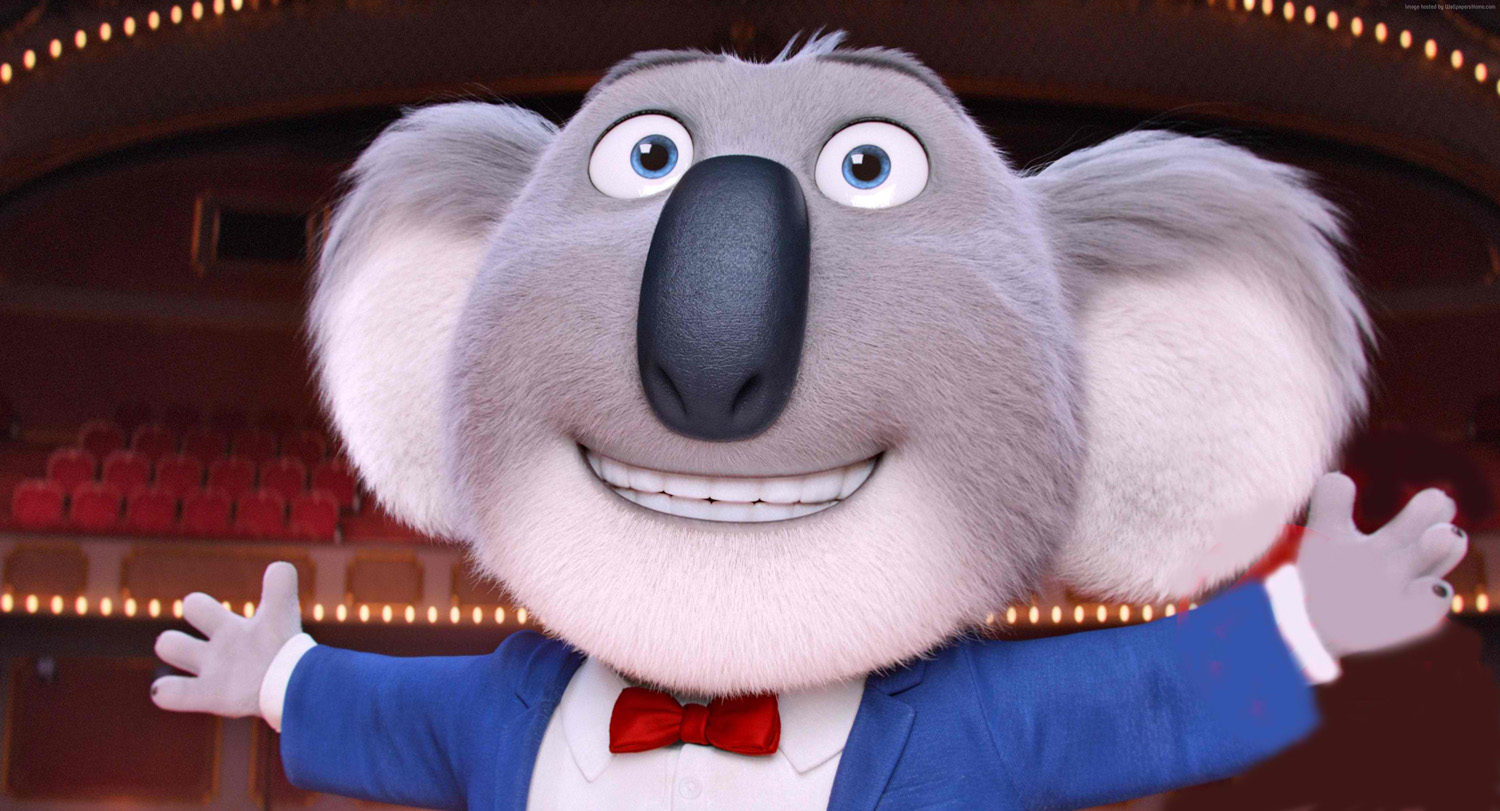 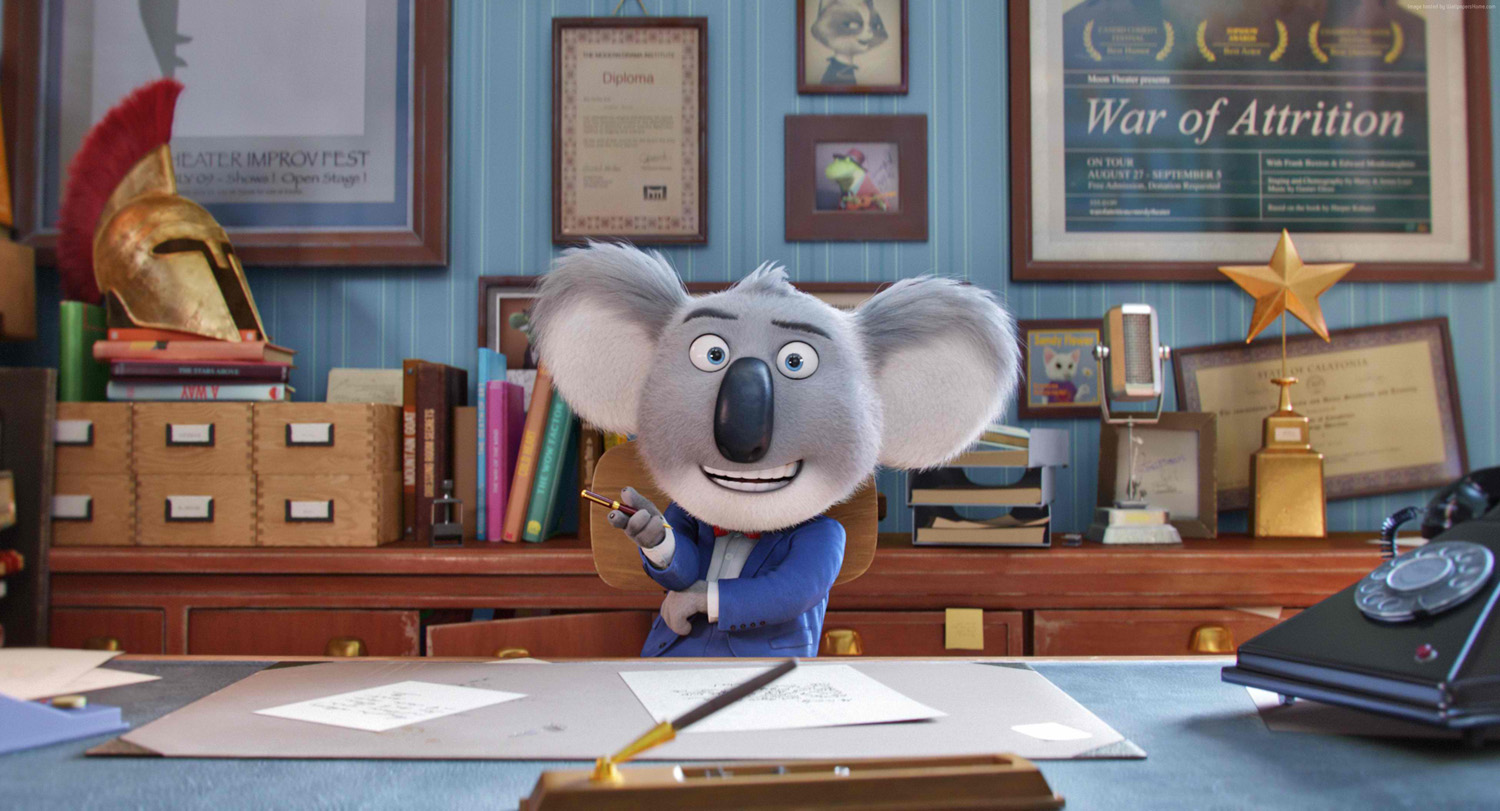