Multi-talented actor and musician, Justin Timberlake who has won nine Grammys and numerous other awards leads an impressive voice cast and serves as executive music producer in the movie for all ages – “Trolls.”

Timberlake is in charge of the upbeat music of “Trolls” and has combined classics from Earth Wind & Fire, Simon & Garfunkel, Gorillaz and Cyndi Lauper, with original songs he wrote for the film, including the number one hit song ‘Can’t Stop the Feeling!’. Also starring in the film are Anna Kendrick, James Corden, Gwen Stefani, Zooey Deschanel and Russell Brand.

“Trolls” can be enjoyed by youngsters as a unique world rich with unforgettable characters, music, humor, adventure and color; as well as by adults, for whom the film’s overarching theme of the search for happiness will resonate long after the end credits have rolled. 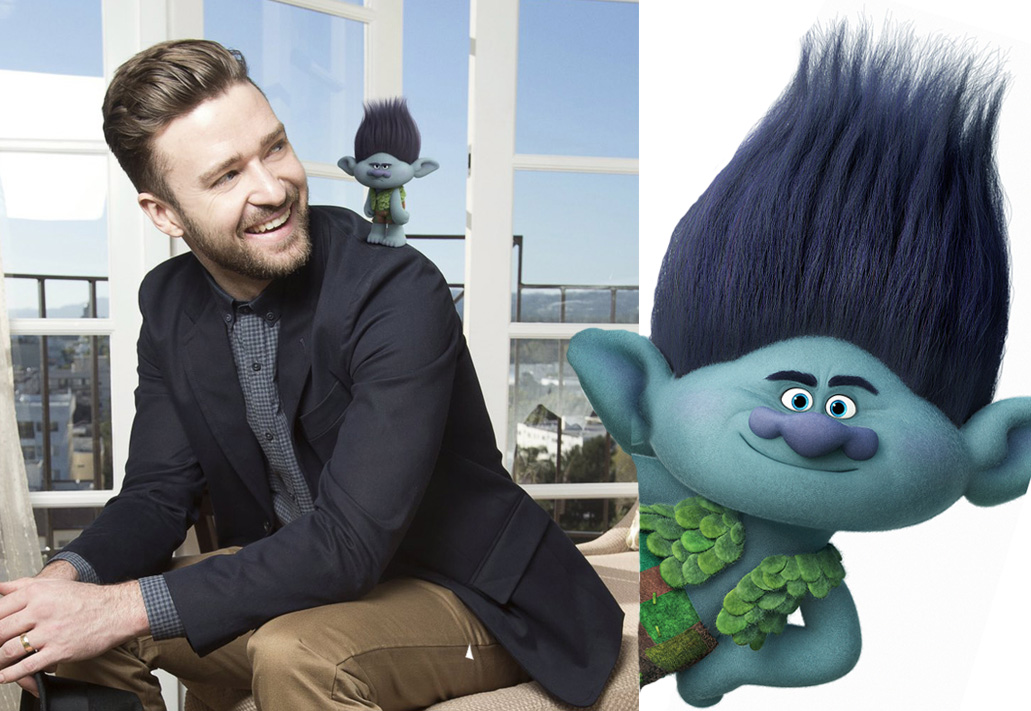 Indeed, the Trolls’ all-singing, all-dancing, all-hugging world is all about happiness, which infuses every frame of the film. “Trolls” explores how we treat others and, more importantly, how we treat ourselves. Its emotion-charged message is that happiness comes from within, and can be a powerful and infectious force when it’s spread.

With Justin’s Branch character, long after the Trolls’ liberation from Bergen captivity, he was the only one who continued to see the Bergens as a threat, but no one in town believed him. Branch lives a discontented existence and is constantly preparing for the worst. He’s lost his sense of joy and is flummoxed by the over-the-top positivity of the other Trolls. Branch often wonders if he is the only sane Troll left. Over the course of the film, he is challenged to let go of his past, even if that includes a dreaded burst of singing, dancing and hugging. 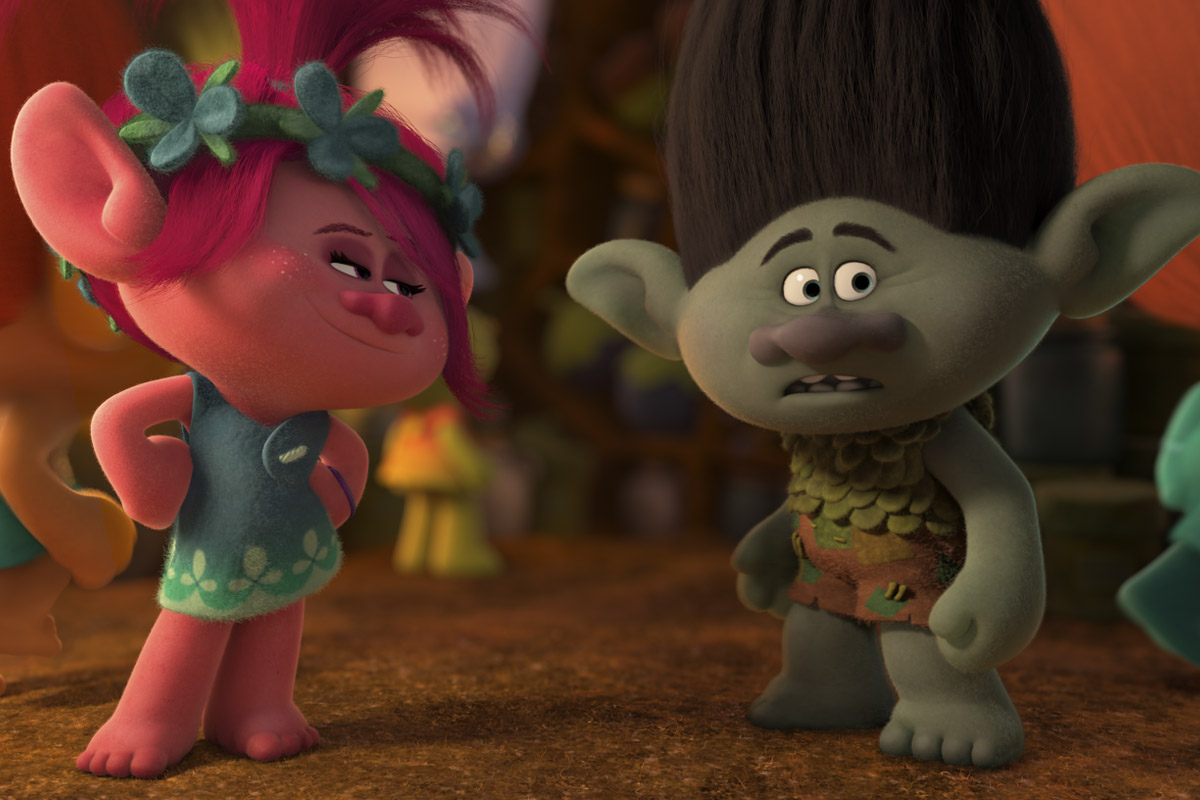 Branch represents our fears and how they can envelop us and prevent our inner happiness from blossoming. Ever vigilant, he is consumed with exploring potential dangers and spends his life bracing for the worst instead of enjoying the present. While some of his concerns are well-founded because there are very real dangers nearby, Branch must learn he has to keep living his life and not let fear win.

“Branch isn’t much of a people person,” notes Justin Timberlake. “He doesn’t sing, dance or hug, which makes him somewhat of an outcast—by his own choice—in the Troll community. He’s a hardcore survivalist and a huge contrast to all the other Trolls. He doesn’t connect with anybody,” Timberlake continues.

Citing the character’s relatability, despite—or maybe, thanks to—his persistent negativity, Timberlake jokes that, “Branch is going to be the voice of every dad who sees Trolls.” 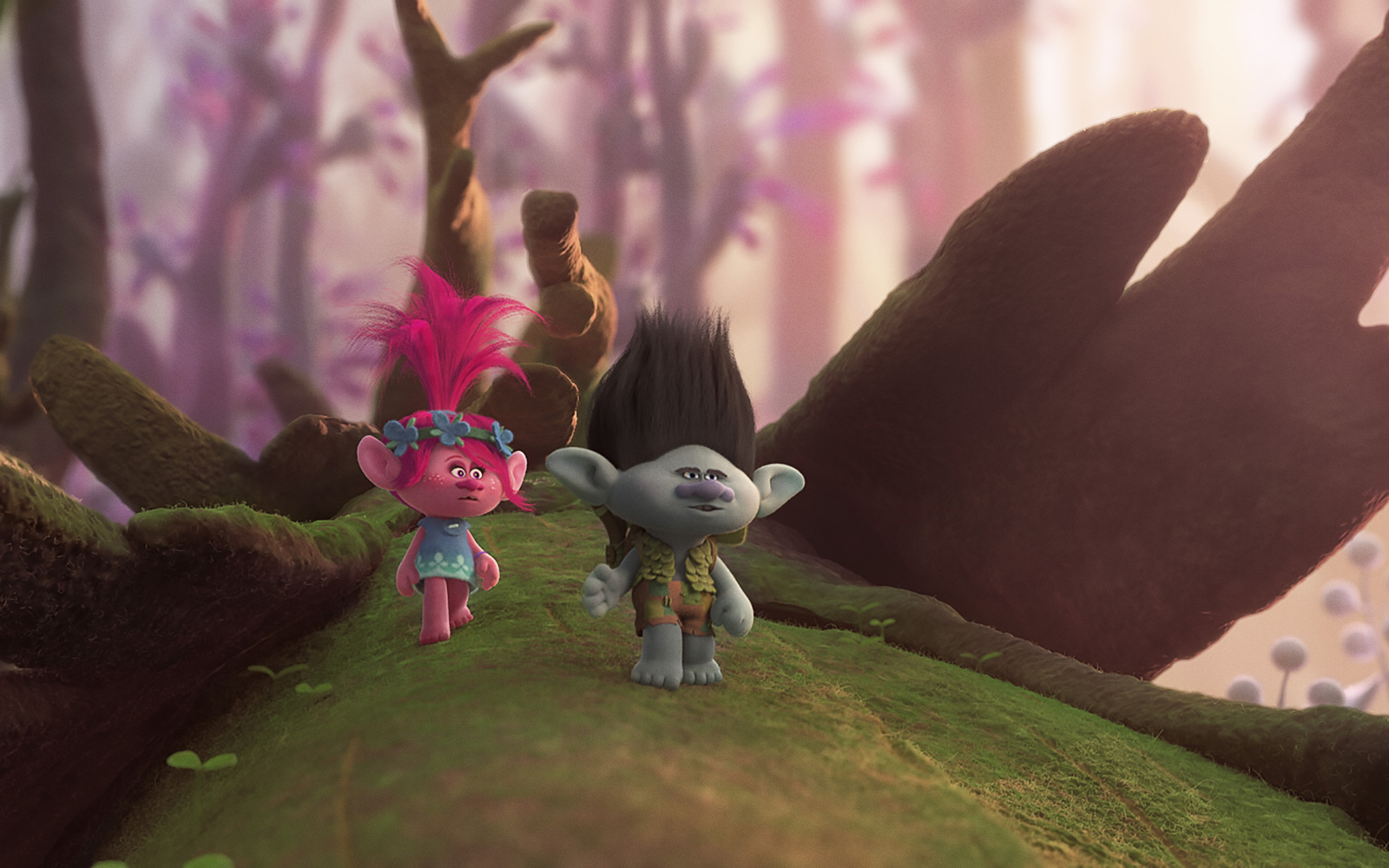 “Can’t Stop the Feeling,” written by Timberlake, Martin and Shellback, is a celebratory anthem that brings the Trolls and Bergens together. The song is performed by Timberlake, Deschanel, Funches, Mintz-Plasse, Kendrick, Corden, Icona Pop, Stefani, Nayyar, and a chorus. “It’s full of optimism, which carried over to its creation,” notes Timberlake, adding, “Writing it actually made me feel happy.” Director Mike Mitchell adds that the song “sums up everything we wanted to do with the film. It creates happiness when you hear it.

“Trolls” opens November 2 in cinemas (also in 3D screens) nationwide from 20th Century Fox to be distributed by Warner Bros.