The upcoming supernatural love triangle “Fallen” sees two fallen angels competing for a young woman’s love for centuries. Based on the bestselling book of the same title by Lauren Kate, “Fallen” stars an exciting trio of up and coming talented actors – Addison Timlin (“Stand Up Guys”), Jeremy Irvine (“War Horse”) and Harrison Gilbertson (“Need For Speed”).

“Fallen” is seen through the eyes of Lucinda ‘Luce’ Price (Timlin), a strong-willed seventeen-year-old living a seemingly ordinary life until she is accused of a crime she didn’t commit. Sent off to the imposing Sword & Cross reform school, Luce finds herself being courted by two young men, Daniel (Irvine) and Cam (Gilbertson) to whom she feels oddly connected. Isolated and haunted by strange visions, Luce begins to unravel the secrets of her past and discovers the two men are fallen angels, competing for her love for centuries. Luce must choose where her feelings lie, pitting Heaven against Hell in an epic battle over true love. 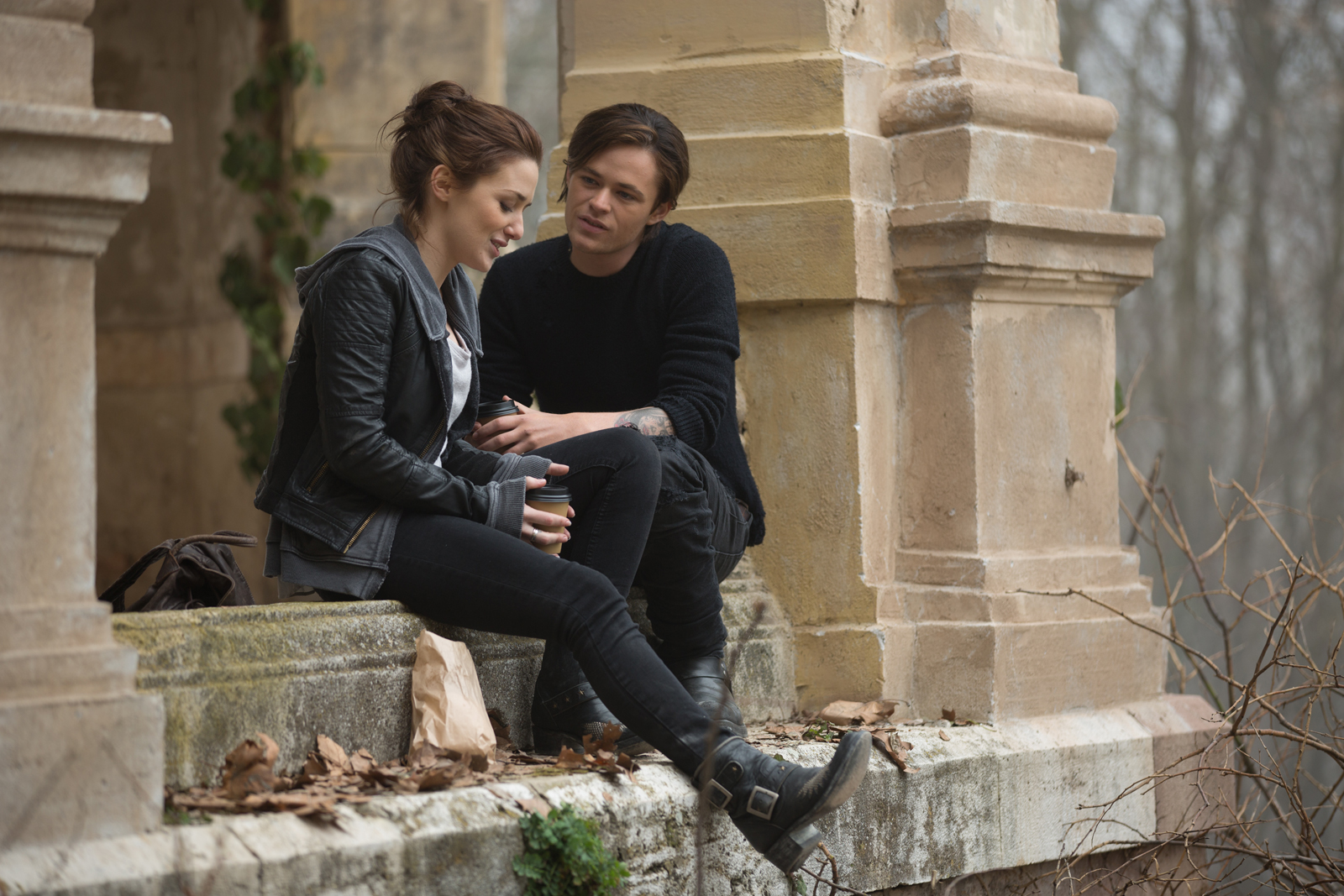 “I was intrigued by the story,” explains acclaimed Australian director Scott Hicks. “It’s essentially a gothic teen romance that has been going on for a thousand years. I really liked the characters and felt that there was a real possibility of doing something very interesting and which was not just centred around visual effects but was about characters the audience could really care about. And the characters would be complex enough to sustain a series of films. So it was a chance for me to make a film in a genre I hadn’t done before.

“I also liked the idea of the closed world of the reform school Sword & Cross where no one has cell phones or computers or the accoutrements of modern life,” he goes on. “It meant that the relationships have to be founded on the people themselves and how they interact. I was intrigued by the strange group of youngsters Luce encounters there and how she responds to them – Luce is at a very low point of her life and she has no idea what’s going on and doesn’t understand why the people and situations there feel familiar. We know a great deal more than she does. I found the unravelling of that mystery fascinating.” 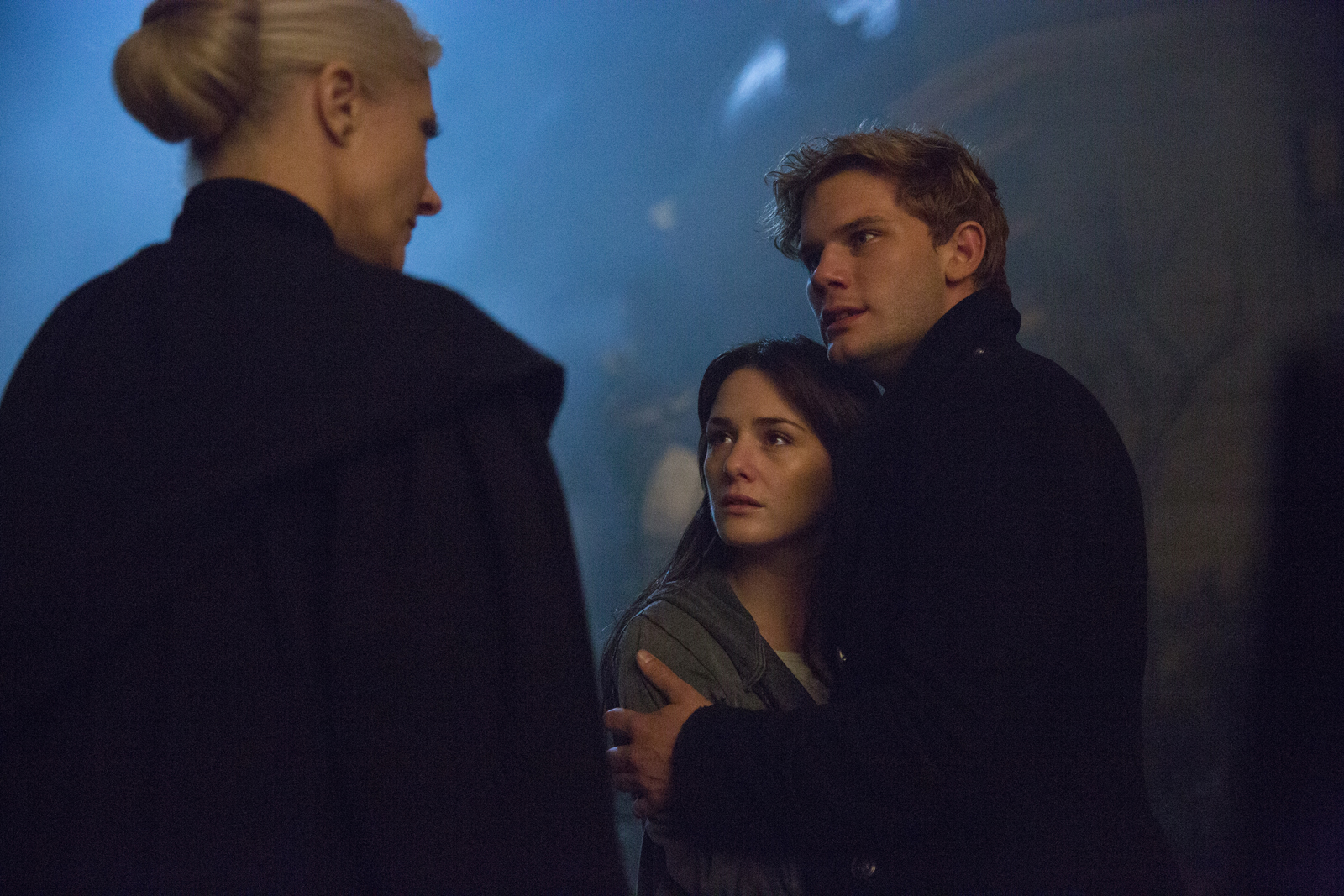 “Unbeknownst to Luce, she and Daniel have been in love for all eternity,” continues Hicks. “It takes a while for her to discover who this strange young man who seems so familiar but who she’s never met before is, and it’s also a journey of discovery for herself too. At same time, the third person in the triangle, Cam, is very eager to engage with her and she finds it very difficult to sort out the puzzle of what’s going on between these people. It’s a very mysterious and romantic story, not one of flowers and hearts, but one of passion and the danger of love and romance and I wanted to focus on that”.

It was the battle between the two young rivals for Luce’s affections that also intrigued the director. He says: “Cam and Daniel have that strange mix of being almost brothers in that they’re bound into this story and yet there’s also an intense rivalry between them. They don’t represent good and bad, they’re both fallen angels, so therefore they’re both bad boys and it’s a struggle between them about higher issues in a mythological world. Luce is a pivotal character in that and they both want to assert control over her destiny.”

Lisbeth Salander Returns to the Screen in Sony’s “The Girl in...