From the producers of worldwide blockbuster and genre-defining action films such as “Gladiator”, “Minority Report” and “Men in Black” films, Laurie MacDonald and Walter F. Parkes give action-comedy a new tick in “Keeping Up with the Joneses,” starring Gal Gadot, Isla Fisher, Jon Hamm and Zach Galifianakis.

“Keeping Up with the Joneses” sees Gal Gadot as a spy married to another spy, played by Jon Hamm, together they are Mr. and Mrs. Jones (Natalie and Tim) who just moved in to a quiet neighbourhood. The Joneses stunning looks are only matched by the worldly sophistication of their lives. Tim Jones is an accomplished travel writer whose hobbies include blowing his own glass sculptures, and his wife Natalie is social media consultant, cooking blogger, and heroine to the plight of Sri Lankan orphans. 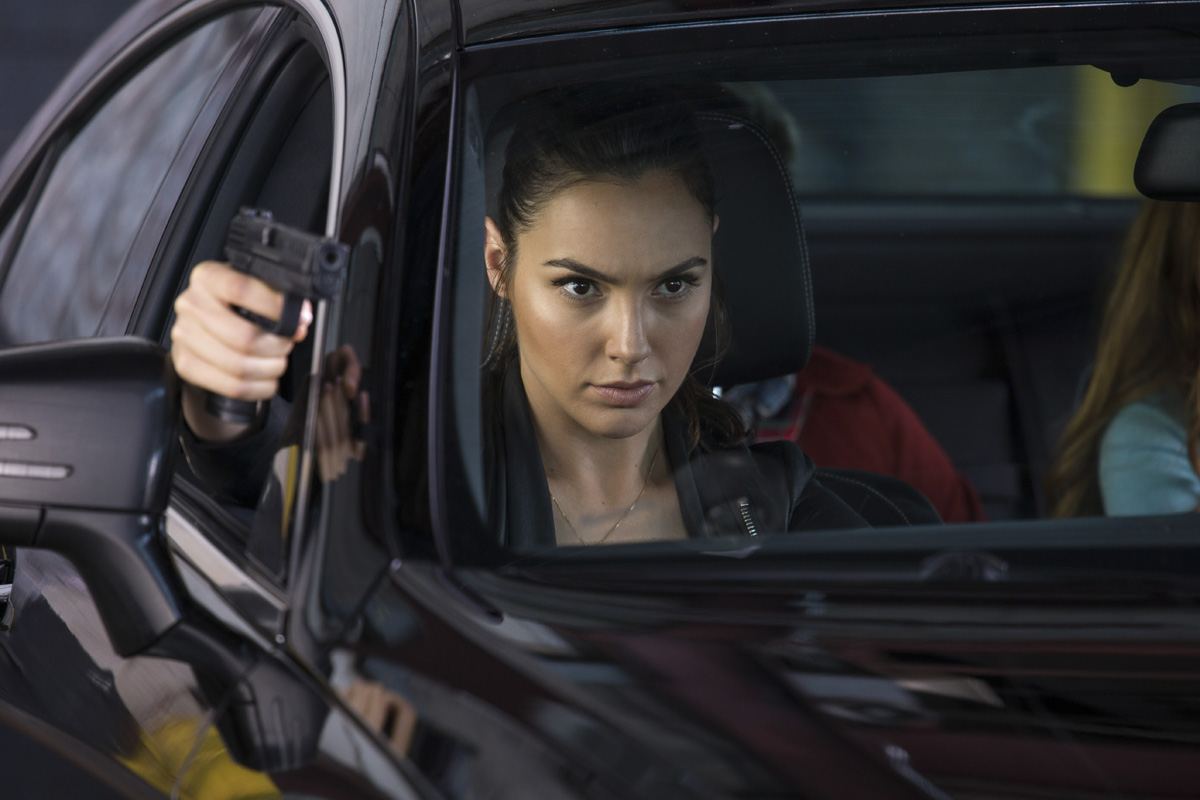 Within the neighborhood lives the Gaffneys, Jeff and Karen, played by Galifianakis and Fisher who have been living a simple unperturbed life until the Joneses moved in. With their kids away for the first time at summer camp, the Gaffneys hope to spend some quality alone-time and reignite the romantic fire that has started to flicker. This proves easier said than done when Karen’s imagination is distracted by the sudden arrival of new neighbors on the cul-de-sac. As Karen asks, “Why would people this attractive and accomplished ever want to live here?”

Parkes and Macdonald add that they also sparked to the idea of a suburban couple who, says Parkes, “desperately wants to be friends with their neighbors. This connection provides a recognizable and emotional foundation for a high-concept comedy—that the film wasn’t just about playing the gag.” 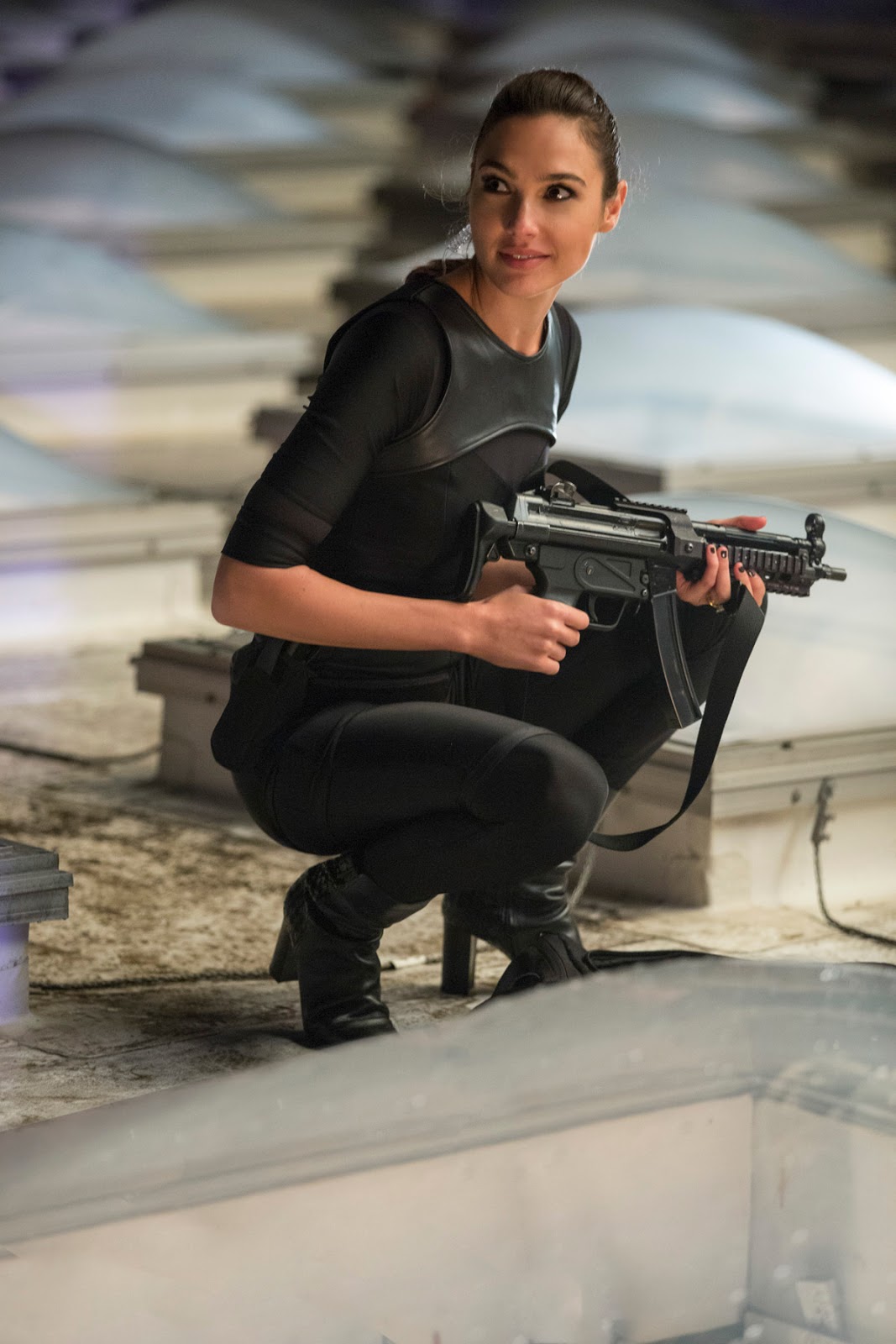 Gal Gadot, who recently starred as Wonder Woman in “Batman v. Superman”, and who reprises the role in the upcoming “Wonder Woman” and “Justice League”, portrays Natalie, an ex-Mossad agent who now works for the Agency, and is partnered with her husband. “When we meet them, Natalie and Tim have a good relationship, except that he doesn’t share a lot with her,” says Gadot. “Tim may even be a little intimidated by Natalie. After all, she’s quite dominant and is always in control. Natalie wants things to happen when she wants them to happen.”

Moreover, the fetching but tough-as-nails Natalie absolutely will not tolerate disrespect, which some of her neighbors learn the hard way during an annual cul-de-sac celebration known as Junetoberfest. Jealous of Natalie’s, well, everything, the women turn on her immediately, while the men drip of condescension when she joins them in a soon-to-be-not-so-friendly game of darts.

Like her on-screen hubby, Gadot relished the chance to do comedy. “I was thrilled on how easy the laughs came for me when I was reading the script,” she says, pointing to one scene where Natalie suddenly steps out of a department store dressing room—wearing nothing but a thong and low-cut bra—to confront Karen, who had been following her mysterious new neighbor. Here, again, the film’s mix of laughs and unexpected moments of emotion and vulnerability are showcased. There’s a real sense of comedic intimidation, as Natalie easily gets control of the situation and of Karen, until Natalie suddenly lets her guard down and opens up to her. 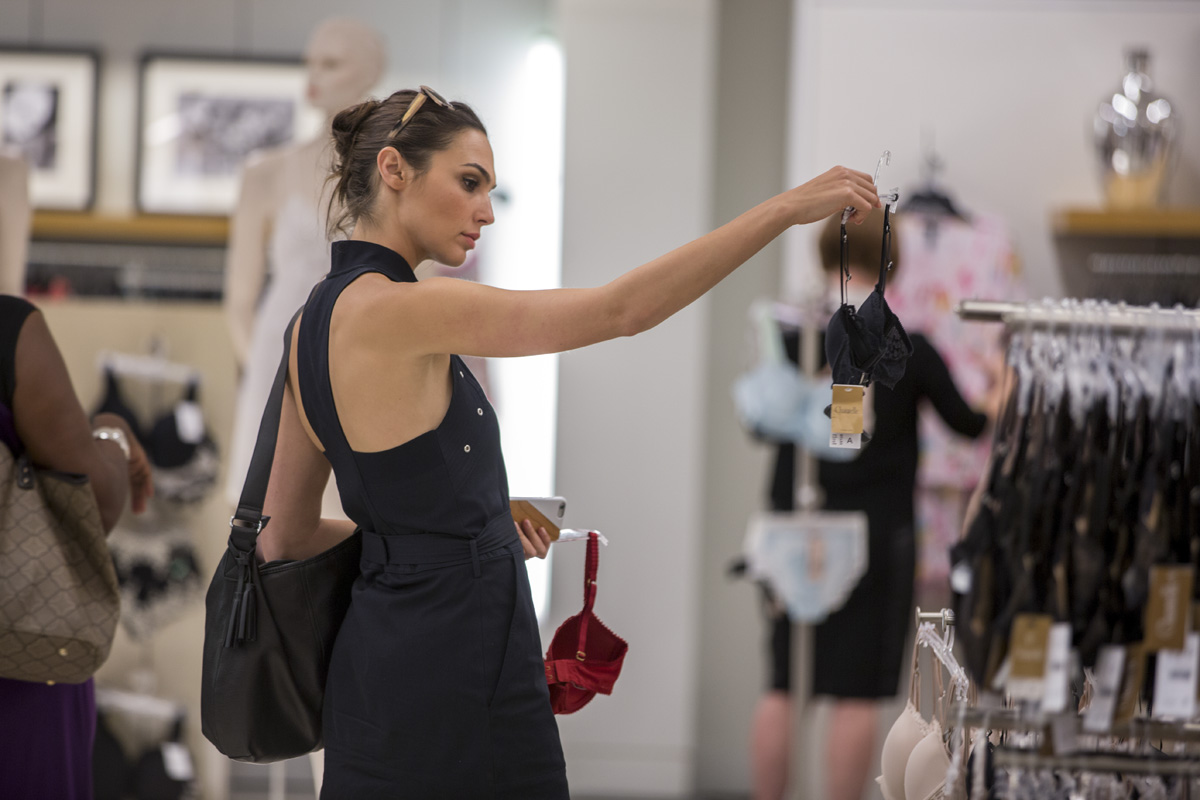 Gadot’s ability to intimidate, even in humorous circumstances, impressed many on set, including her director. “Gal has this great intensity,” Mottola notes. “She can be very serious and intense, and then she breaks into a smile and, on a dime, turns into the warmest, most earthy woman who’s just so sweet.”

Get ready for the Mr. and Mrs. spy games when “Keeping Up with the Joneses” opens in cinemas on October 19 from 20th Century Fox to be distributed by Warner Bros.