Hailed as one of the best films of 2016 by Steve Weintraub of Collider, “A Monster Calls,” by J.A. Bayona, the award-winning director of “The Orphanage” and “The Impossible” is a powerful, heart-wrenching and inspiring film based on the bestselling young adult tome of the same title by Patrick Ness (who also wrote the screenplay).

Starring Liam Neeson (as the voice of the Monster), Felicity Jones (“Inferno,” “Theory of Everything”), Sigourney Weaver (“Alien), Toby Kebbell (“Warcraft”) and young star Lewis MacDougall (“Pan”), “A Monster Calls” is a visually spectacular and stunningly emotional drama that Patrick Ness wrote from an original idea by the late Siobhan Dowd. 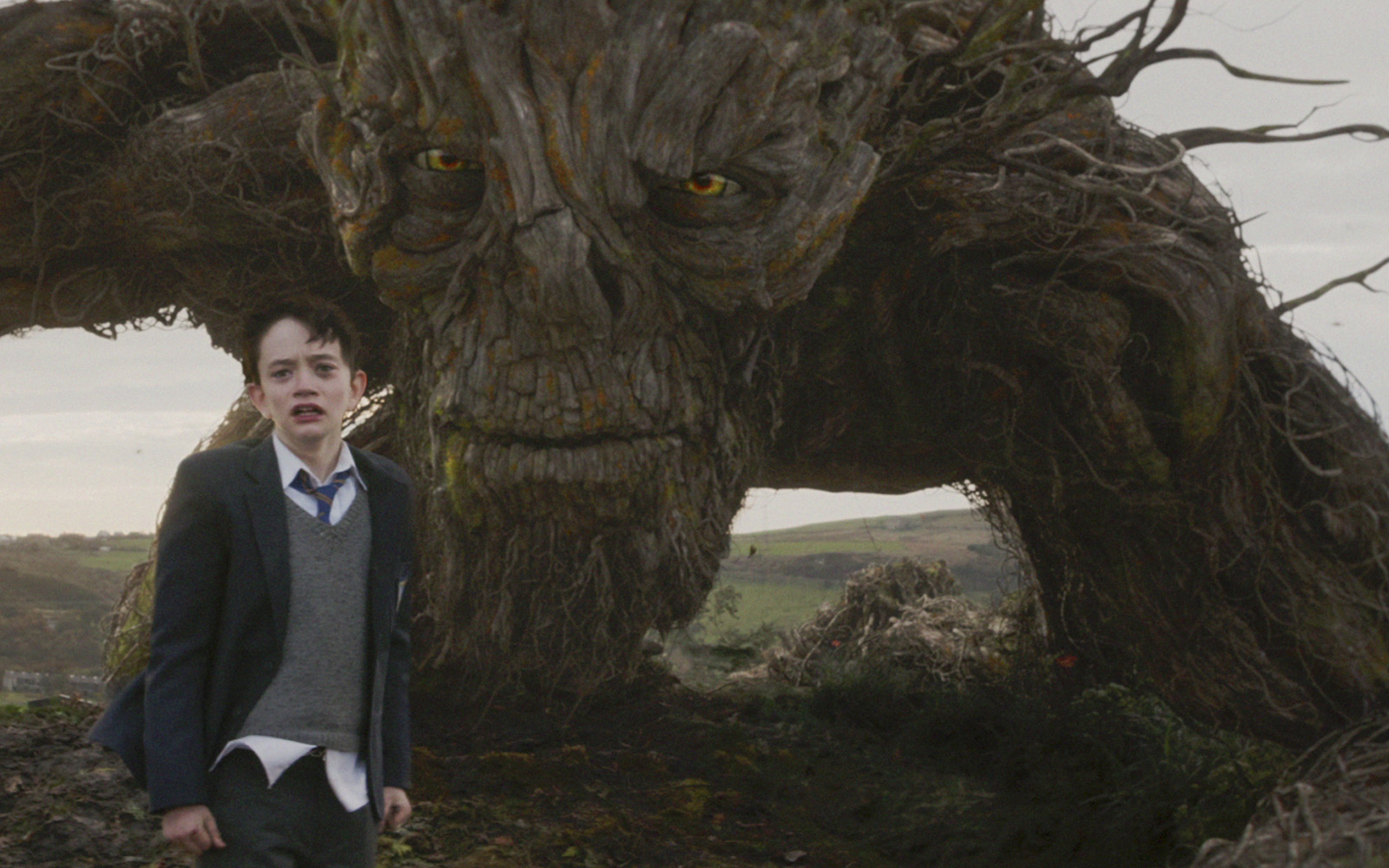 MacDougall, who plays 12-year-old Conor in “A Monster Calls” is dealing with far more than other boys his age. His beloved and devoted mother (Felicity Jones) is ill. He has little in common with his imperious grandmother (Sigourney Weaver). His father (Toby Kebbell) has resettled thousands of miles away. But Conor finds a most unlikely ally when the Monster (portrayed by Liam Neeson in performance-capture and voiceover) appears at his bedroom window one night. Ancient, wild, and relentless, the Monster guides Conor on a journey of courage, faith, and truth that powerfully fuses imagination and reality.

Upon reading the book, Bayona recognized at once, “I saw this as a powerful and important story to tell as a movie – an adventure that anyone can relate to. For the film, I wanted to transcend what we know is coming – the death of Conor’s mother – and be able to fuse the boy’s need to draw with the strength of legacy. There is light at the end of the story, resulting from the idea that art heals. Patrick’s screenplay has added themes while still being faithful to the novel; in making the movie, there are some elements of the book that we have taken further.” 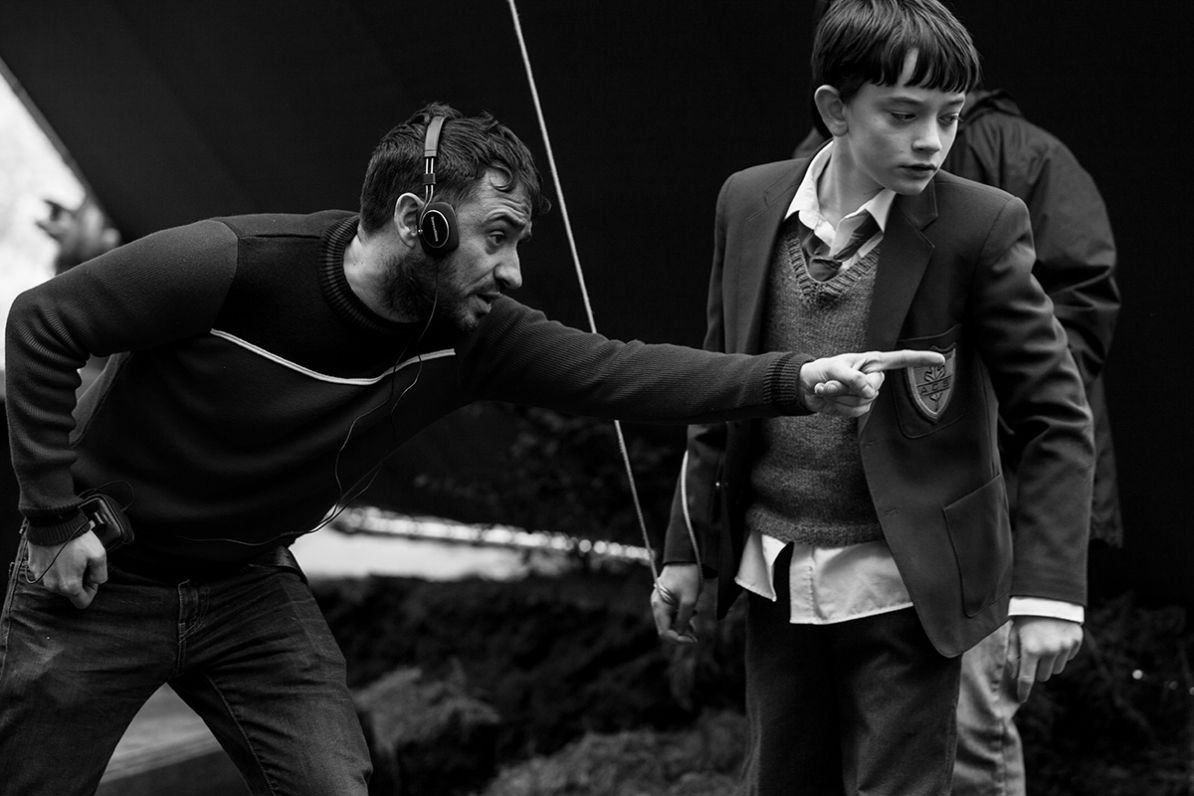 As “A Monster Calls” is a deeply felt story, J. A. Bayona applied any number of techniques to make sure that his actors remained in touch with their characters’ emotions. He allowed the camera to keep rolling through multiple takes, without the interruption of a clapperboard or shouts of “Action!” or “Cut!”

Felicity Jones says, “Having someone shout ‘Action!’ just as you are about to do a crying scene doesn’t always put you in the best frame of mind. That’s only one way in which Bayona makes it possible for you to find the emotional depth of the scene and your character. You’re not thinking, ‘Where’s the camera?’ You’re not thinking outside of yourself; you become more and more inside the character, which is what he is trying to achieve with you. It’s a very special experience, working with him.” 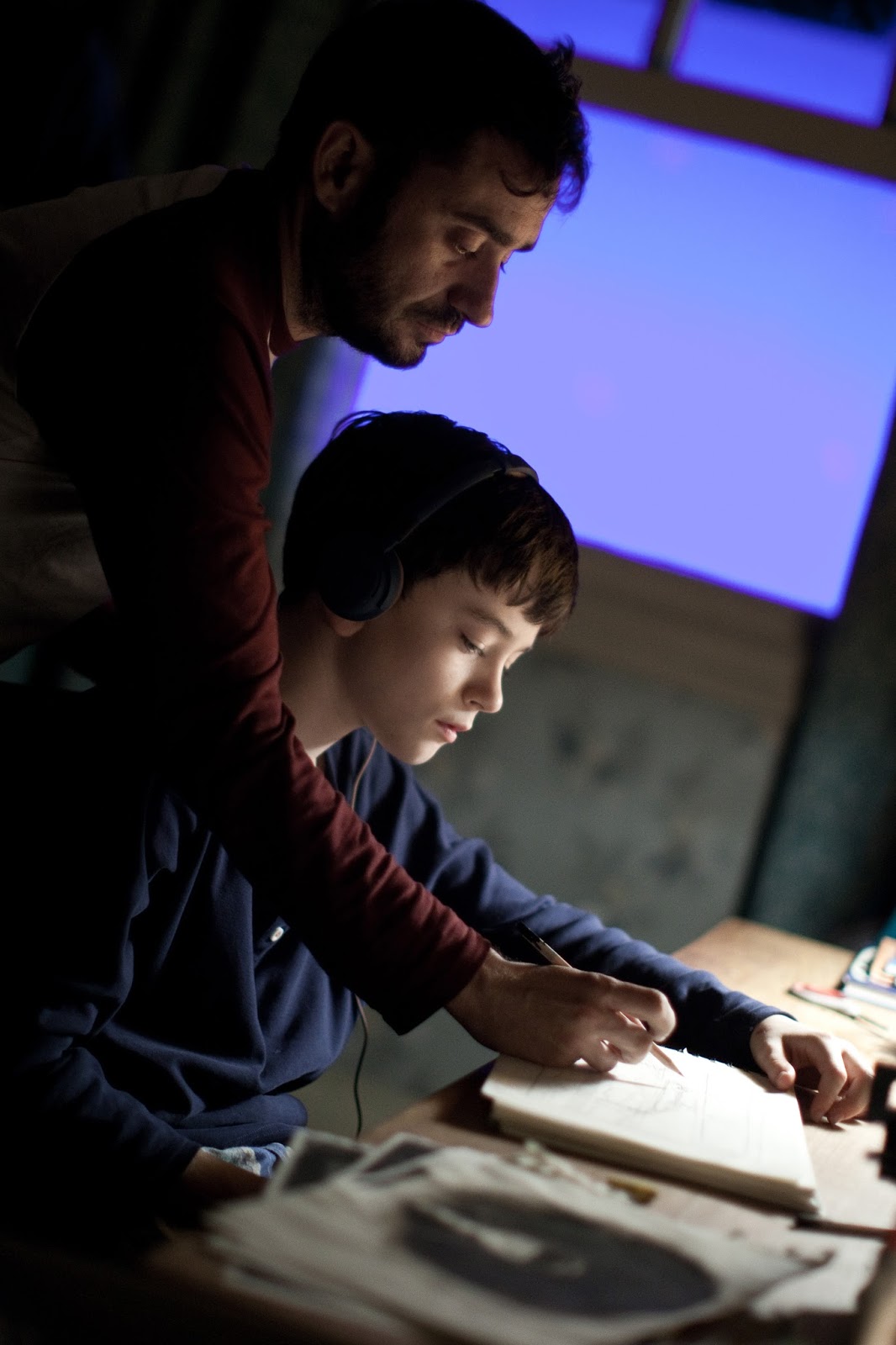 “Bayona is a real cinema talent,” states Liam Neeson. “Occasionally you get to work with directors who are steeped in the love of what they do, and Bayona is one of those. He’s also very sensitive. He takes care of, guides, and nurtures his actors and that’s what I always hope a director will do. He allows you to experiment, so you both can get at the truth of what a scene is – and he will try for as long as it takes. I love working with a director like that.”

A recipient of Goya Awards, Spain’s Oscars equivalent, J.A. Bayona’s previous movie “The Impossible” won five Goya Awards, including Best Director; and six Gaudí Awards, including Best Director. Bayona also directed the first two episodes of Showtime’s series “Penny Dreadful,” starring Eva Green. “The Orphanage” being Bayona’s directorial debut premiered at the 2007 Cannes International Film Festival to a 10-minute standing ovation and its opening four-day box office was the highest of the year and at the time the second-highest ever for a Spanish film. “The Orphanage” was nominated for 14 Goya Awards, winning seven including Mr. Bayona’s for Best New Director.

Get your tissues ready when “A Monster Calls” opens in local (Phils.) cinemas on November 2 from Pioneer Films.