From Timur Bekmambetov, the director of “Wanted” and “Abraham Lincoln: Vampire Hunter” comes the epic action-adventure “Ben-Hur,” based on Lew Wallace’s timeless novel Ben-Hur: A Tale of the Christ.

“Ben-Hur” is the epic story of Judah Ben-Hur (Jack Huston), a prince falsely accused of treason by his adopted brother Messala (Toby Kebbell), an officer in the Roman army. Stripped of his title and separated from his family and the woman he loves (Nazanin Boniadi), Judah is forced into slavery. After years at sea, Judah returns to his homeland to seek revenge, but finds redemption

When Timur Bekmambetov was first approached to direct a re-imagining of one of cinema’s most beloved films, he was hesitant. “The 1959 `Ben-Hur’ is not just a film, it’s a phenomenon that greatly affected the culture of the 20th century,” Bekmambetov explains. “That’s why when I was offered to direct its reincarnation, my initial thought was ‘absolutely not.’ Luckily producer Sean Daniel persuaded me to read the script, which turned out to be this incredibly meaningful story, impressing with not just sensational action but with line-up of amazing life-like characters and deep thinking. Even though the setting and the circumstances are thousands of years ago, the characters’ emotions and actions are relatable and have a modern, universal resonance.” 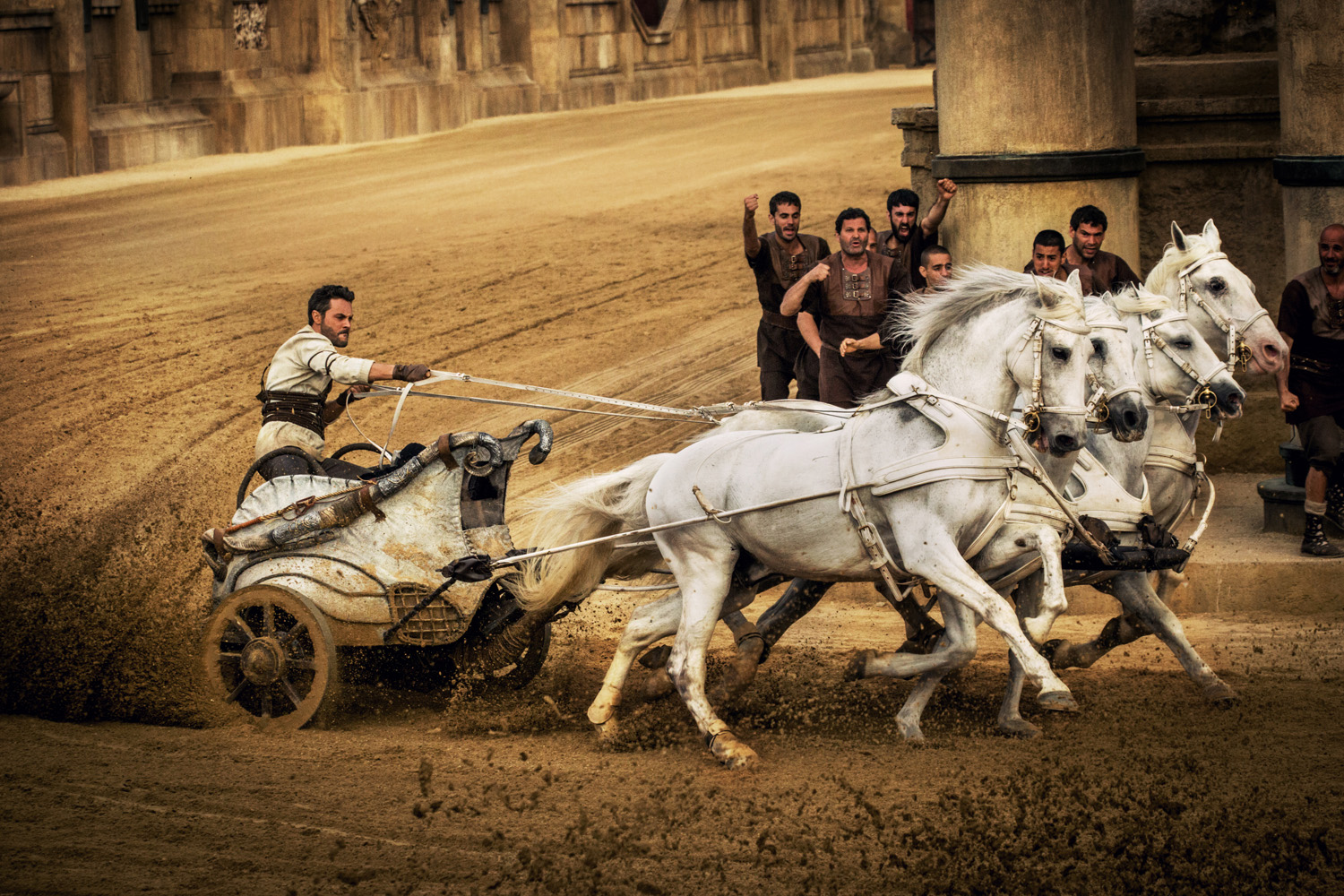 Writer John Ridley had similar reservations while developing the script. “The most ardent fans of the 1959 film might find it blasphemous to revisit it in any form, but they forget these characters existed 80 years prior. People only tend to remember Charlton Heston and the chariot race, but Judah Ben-Hur is such a rich, classic character. He’s a wronged man seeking revenge and redemption. Compelling characters like Ben-Hur and Messala are the reason we can return to these stories again and again, so I wanted to make the personal conflict between these former friends just as tense and memorable as the climactic chariot race.”

“The emotional themes of the film, vengeance vs. forgiveness, are timeless. The conflicts the characters experience are as relatable today as they were in Roman times or 1880, when Lew Wallace wrote the novel,” explains Daniel. “It’s human nature, and that doesn’t change.”

“In many ways we still live in the Roman Empire, we still live with its values,” comments Bekmambetov. “Power, greed and success rule the world, people try to achieve everything in harsh competition, and only few realize that true human values are collaboration and forgiveness.”