Through remote surveillance and on-the-ground intel, Powell discovers the targets are planning a suicide bombing and the mission escalates from “capture” to “kill.” American and British military chiefs are afforded the opportunity to remotely assassinate a key terrorist target, Susan Danford (Lex King), also known as Ayesha al-Hady, an English convert and high-value al-Shabab terror suspect.

The decision to destroy the targets is further complicated by the problem of collateral damage, which again has to be measured from afar. The collateral damage caused by a drone strike extends beyond potential human casualties. The killing of civilians, even accidentally, has a profound impact on the propaganda war. The question remains: when to use a weapon of war? And what are the consequences of using that weapon? The weapon may be effective at taking out a target but what are the unintended consequences of using the weapon? 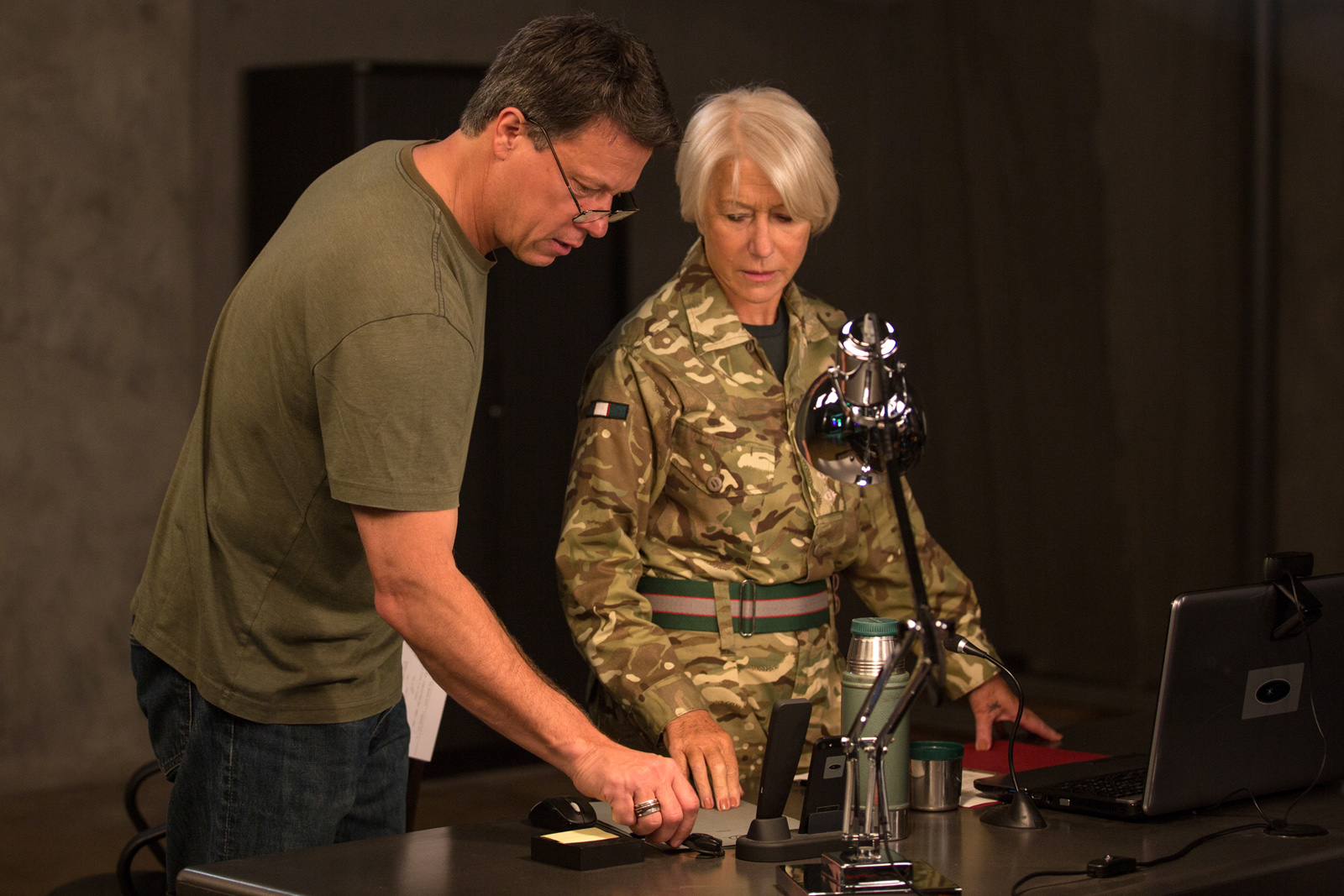 As director Gavin Hood (known for directing “X-Men Origins: Wolverine”) identifies, when a Hellfire missile is fired from a high-flying drone, it’s not as precise as a sniper’s bullet. “They give rise to very large explosions, throwing lots of debris around,” the director explains. “Inevitably, when you see that explosion in the film it becomes very difficult to argue that no collateral damage could occur. On the contrary, you see that it very easily can occur.

Hence, the casting decisions were absolutely crucial. Arguably the most hawkish character in the film. “Originally, the Helen character was a man but then we said, ‘Why don’t we make this character a woman?’,” explains producer Ged Doherty. “And that completely changed the complexity of the piece. The idea of having Helen was so brilliant because, on the one hand, you might think, ‘Well, a woman would think twice perhaps before she pulled the trigger.’ Equally, you know it is Helen Mirren and you know that she can play a badass. You’re never quite sure which way she’ll go. Helen gives the character that perfect balance and we went to her with the role straightaway.”

Hood adds, “What is so brilliant about an actress like Helen Mirren is that even as she’s making decisions that may be morally questionable, you completely believe that she is sincere in taking that position — given the role that she has as a Colonel in the British military. So we empathise with her even in moments that we may not agree with her, and similarly with Aaron Paul’s character.” 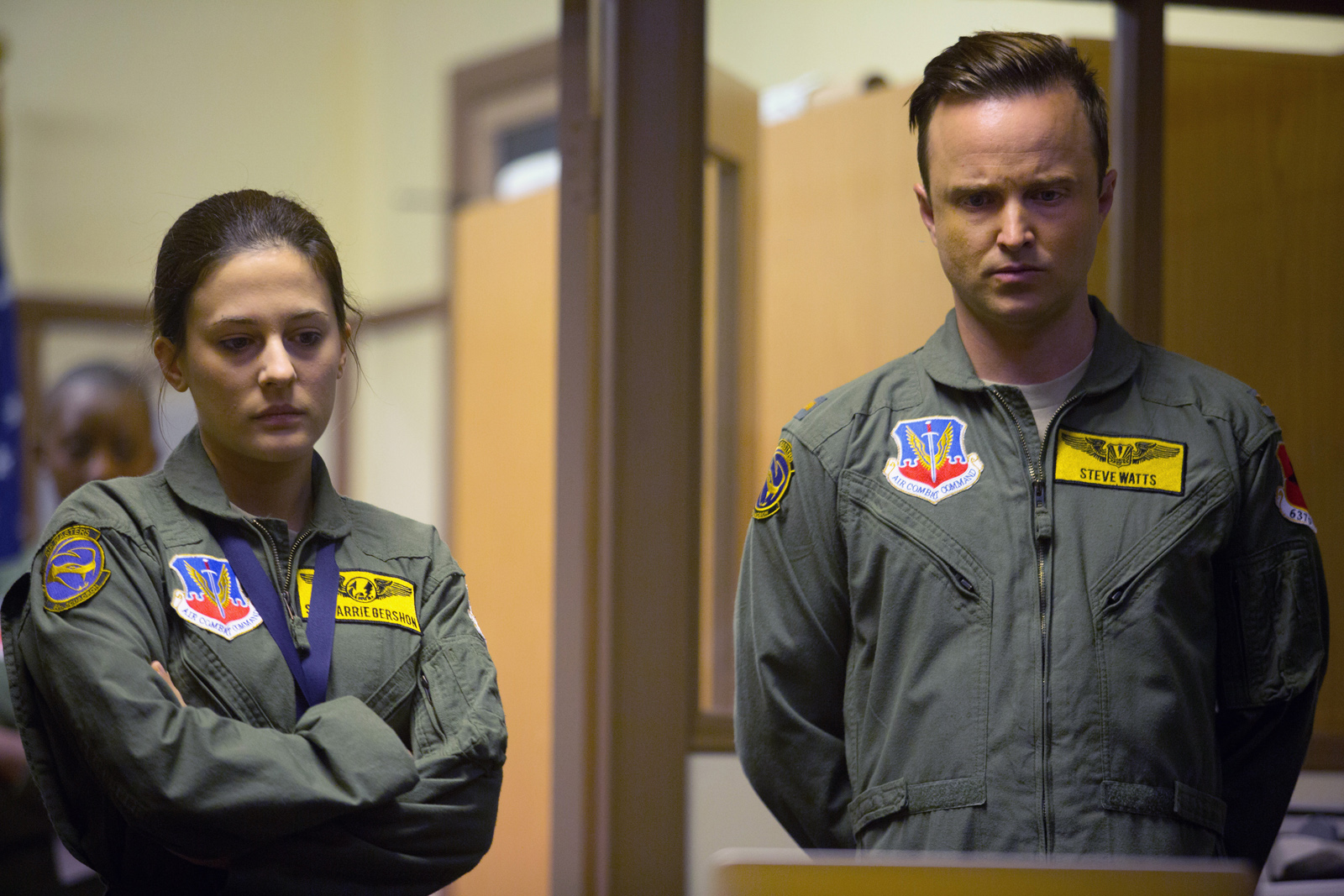 “Aaron Paul’s character stands up to Colonel Powell,” explains Hood, “but the key is for him to do it in a way that comes from a real place. He is the person who actually has to pull the trigger. Other people may be making decisions to fire the missile, but ultimately, Steve fires the weapon. And to imagine what that must feel like, you need an actor who invites you into his dilemma and doesn’t judge the character that he’s playing.

“I hope it’s the case that you like Helen and you like Aaron even though they’re coming at it from completely different positions,” he adds. “You may not agree with them over certain points but you can see that they’re real people wrestling with a real dilemma in a real way.”

“Eye in the Sky” is now available in DVD and Bluray nationwide from C-Interactive Digital Entetainment. Buy them at your favorite record bars now or Lazada.