James Bobin (“The Muppets”) directs Disney’s “Alice Through the Looking Glass,” bringing his own unique vision to the spectacular world Tim Burton created on screen with 2010’s “Alice in Wonderland” which became a global blockbuster (to the tune of over $1-billion gross) and cultural sensation.

For years the producers of “Alice in Wonderland” talked of a second film. Explains producer Suzanne Todd, “We had discussions about what would be interesting thematically and what we wanted the story to convey, but we just weren’t there yet.”

Screenwriter Linda Woolverton (“Beauty and the Beast,” “The Lion King”) had been working on a follow-up to her “Alice in Wonderland” screenplay, and soon delivered a clever script which continued the adventures of Lewis Carroll’s vibrant characters and infused them with imagination and heart. Todd shares, “Linda had written a new story told through the prism of the book about the characters and what had happened since we last saw them, as well as what happened to them in the past, and everyone loved it.” 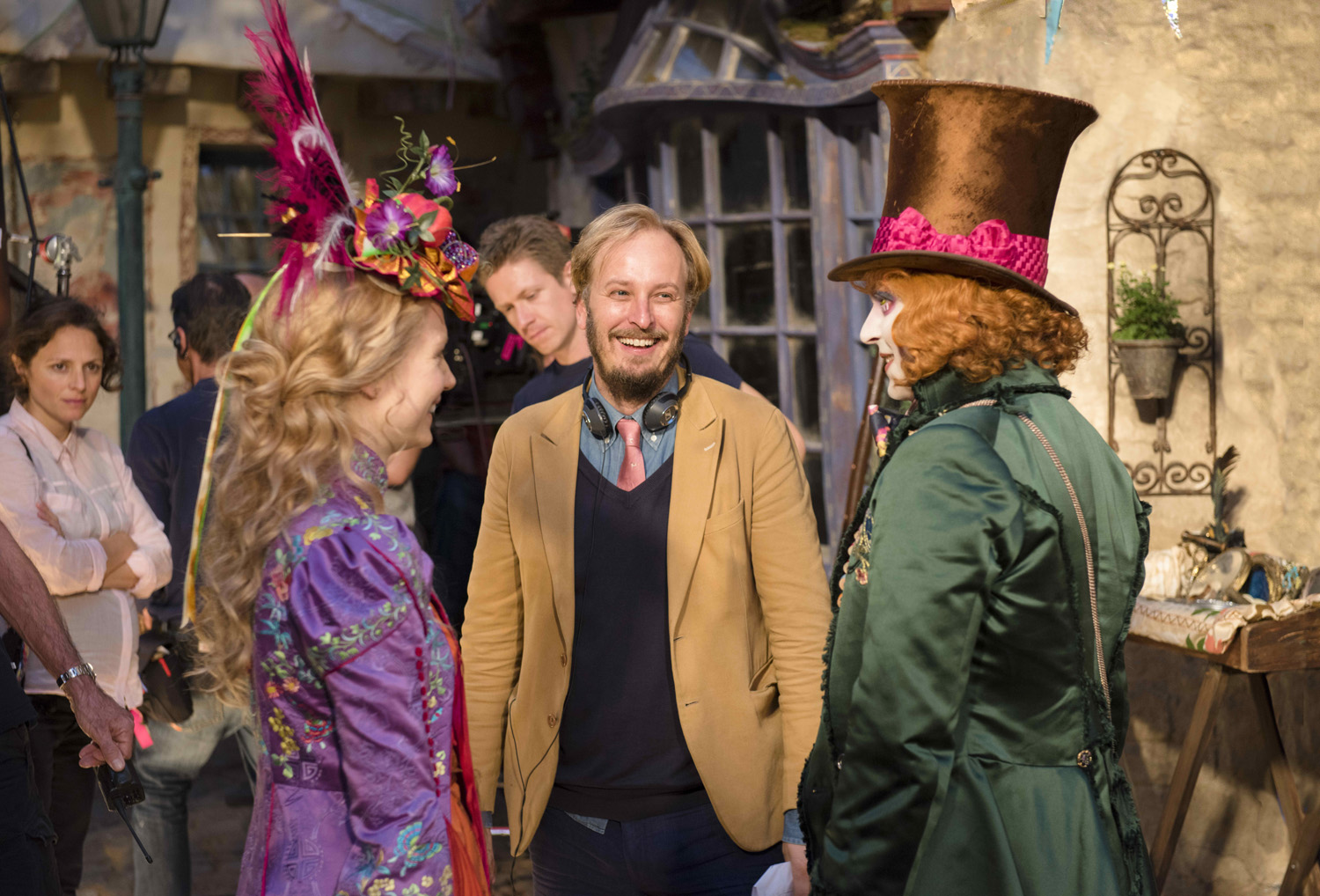 A long-time fan of Carroll’s work, Johnny Depp was pleased to see how respectful Woolverton was of the material. “Editing Lewis Carroll is close to impossible,” says Depp. “You have to come at it with another angle but still keep it focused on the source, which Linda did brilliantly.”

Tim Burton also returns to “Alice Through the Looking Glass,” this time as a producer. He explains, “As a producer you’re there to support the director in whatever way you can, but you are still just as passionate about the project.”

“I really liked James Bobin from the moment we met,” continues Burton. “He’s smart, enthusiastic and full of energy and he had a clear vision as to where he wanted to go with the story and characters, which was nice, as we needed a director who could keep the film similar in look and tone, but who could also approach the story from a different perspective, and that’s a tough balance to get right.”

Bobin has always been intrigued by the concept of time and changing the past, as well as all the questions it posed, which happened to fit perfectly within the framework of Woolverton’s story. The screenwriter soon turned in a new draft with Time as an actual character. “The passage of time is something Alice has always regarded as a bad thing, because time took her father from her at a very early age,” says Bobin. “What she learns in this story is that time isn’t her enemy but is something that can be appreciated.” 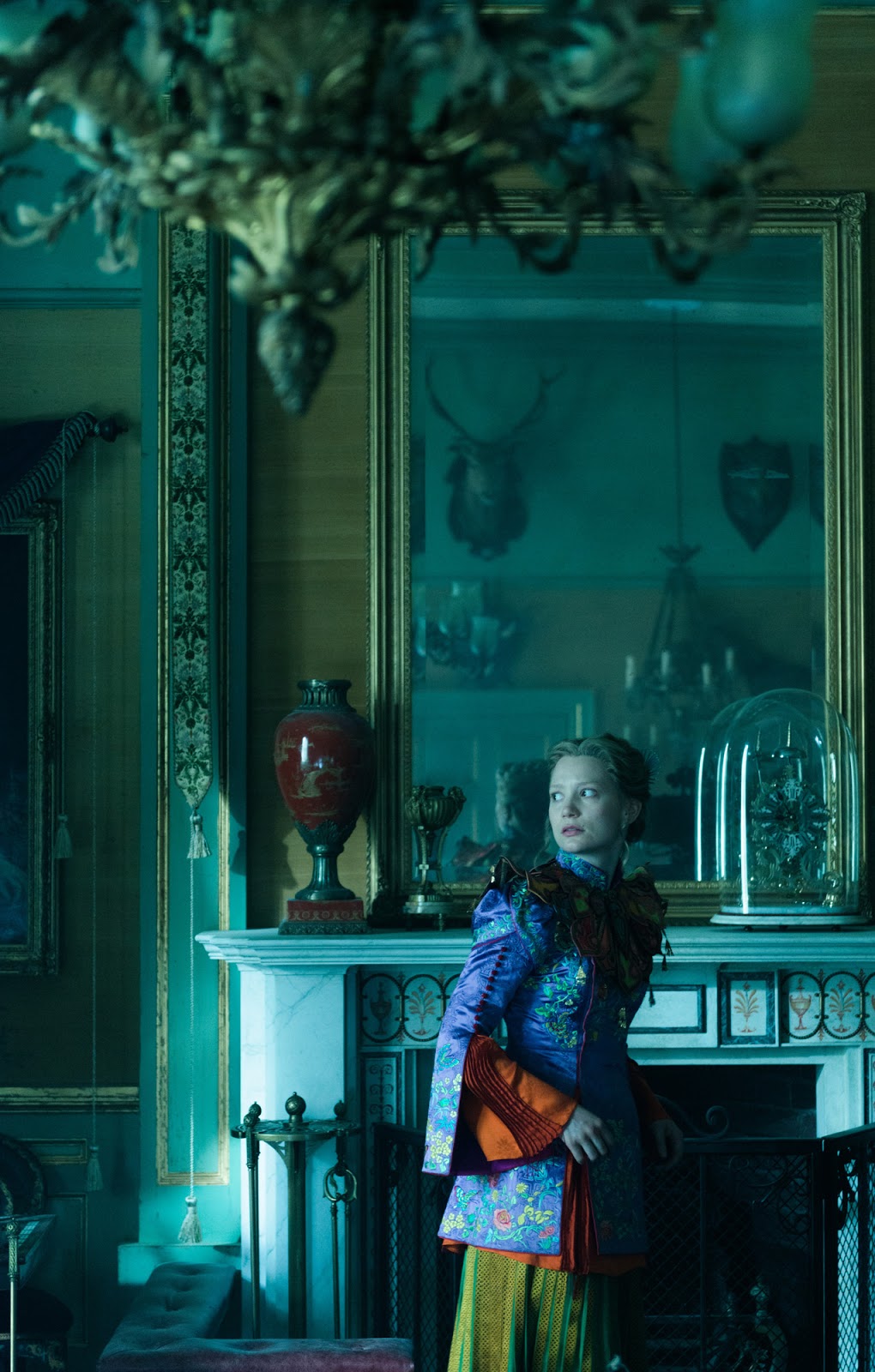 Disney’s “Alice Through the Looking Glass” is an all-new spectacular adventure featuring the unforgettable characters from Lewis Carroll’s beloved stories which stars Johnny Depp, Anne Hathaway, Mia Wasikowska, Rhys Ifans, with Helena Bonham Carter and Sacha Baron Cohen. In the film, Alice returns to the whimsical world of Underland and travels back in time to save the Mad Hatter.

Presented in Digital 3D™, Real D 3D and IMAX® 3D, “Alice Through the Looking Glass” opens across the Philippines on July 06, 2016.